Last month I found a recipe for cauliflower pizza crust.  I figured it would be a good thing to try since David likes pizza but we're trying to do gluten free (and succeeding pretty well...until this week when we HAD to eat our wedding cake.  BTW, it froze GREAT!).  It was quite the interesting process getting the cauliflower ready.  First you have to chop into TINY pieces the uncooked cauliflower then cook in the microwave...cauli-rice as she called it. 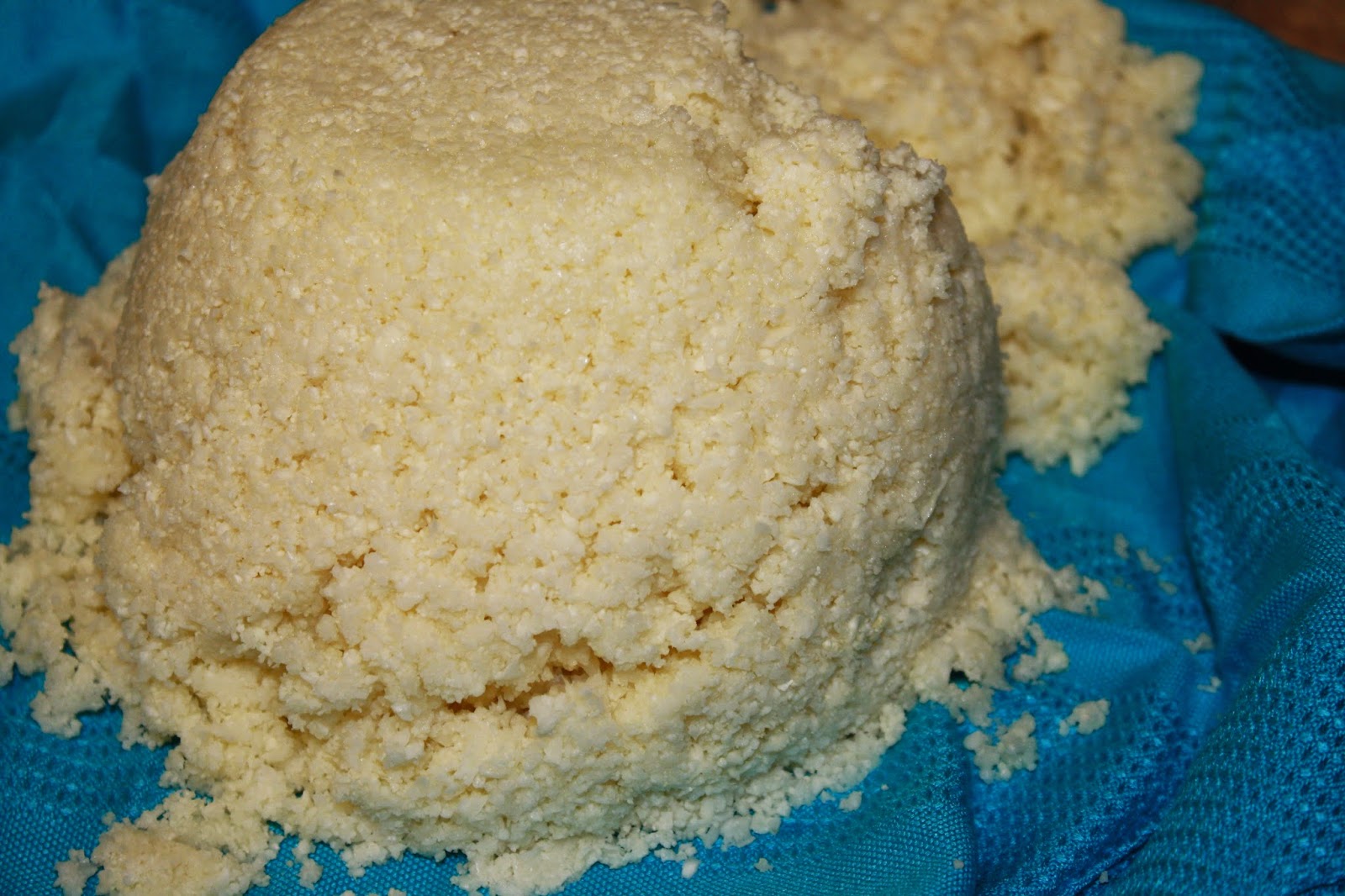 Then you SQEEEEEE-EEEEEZE all the water out of the cauliflower.  Don't I look like I'm having fun?! 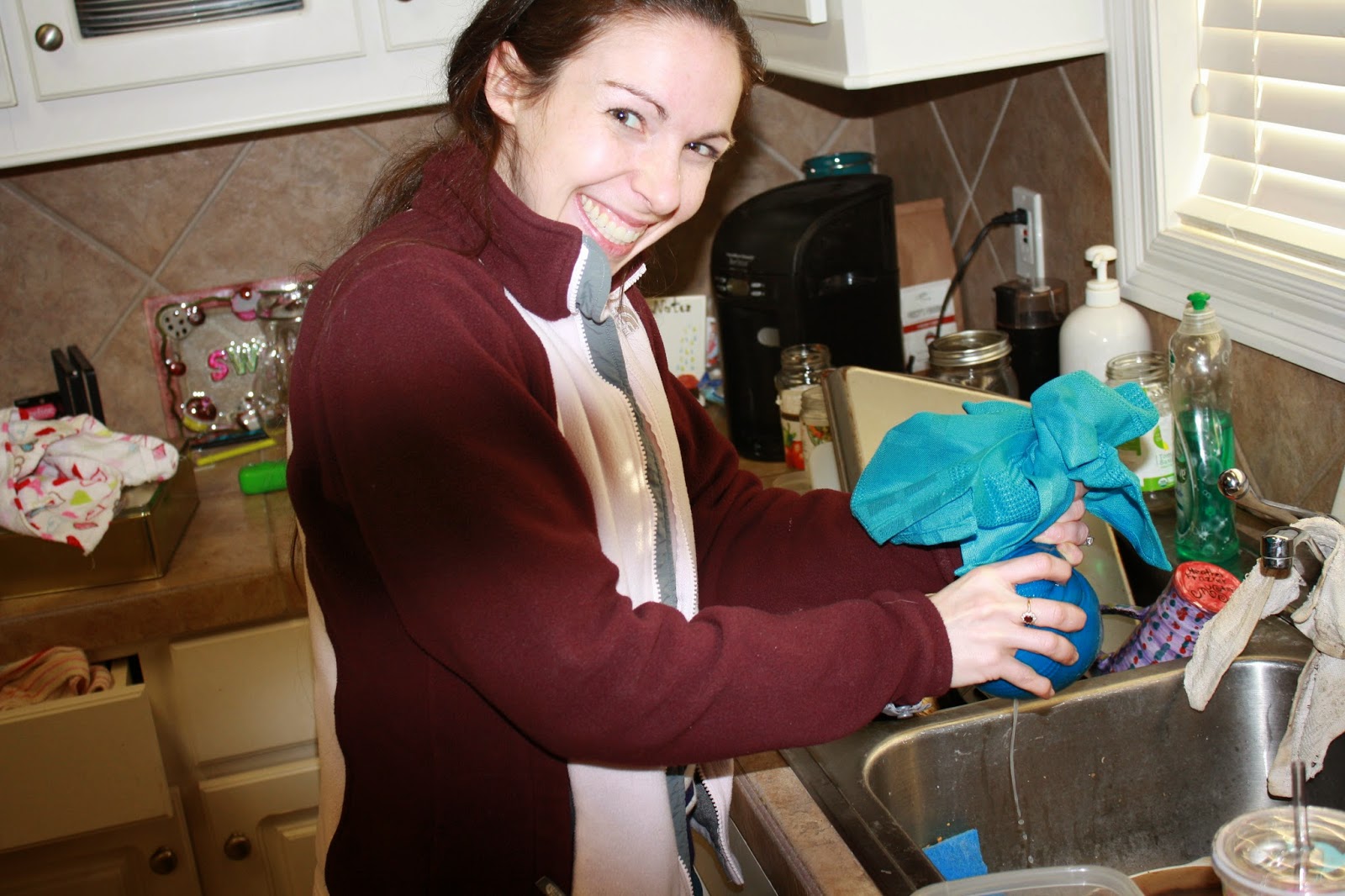 There was so much water!  Then you mix up the cauliflower with egg and cheese.  Um, yum!  I just topped it with our normal pizza stuff.  SO GOOD!  K liked it... 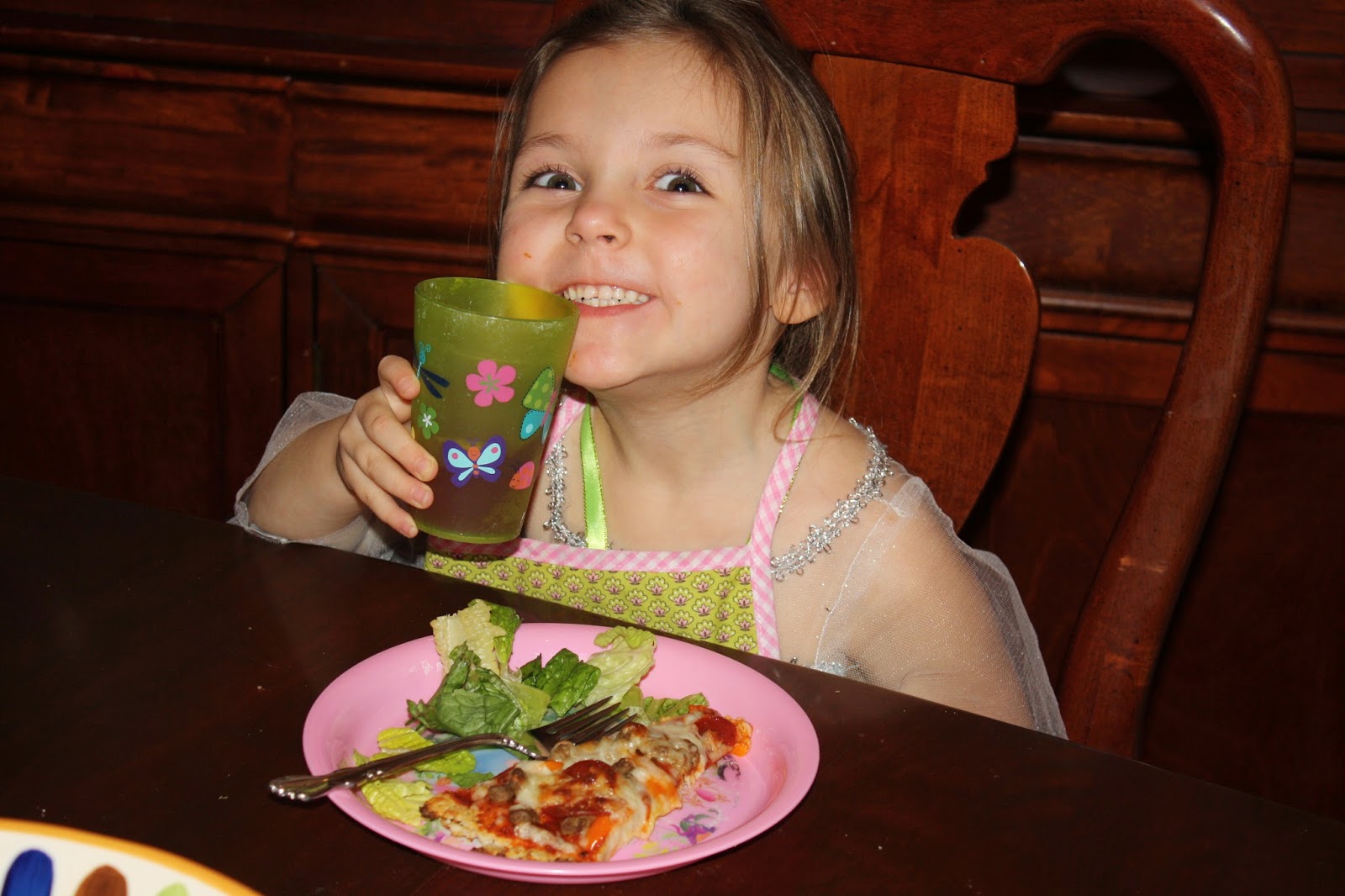 and David said he got used to it. 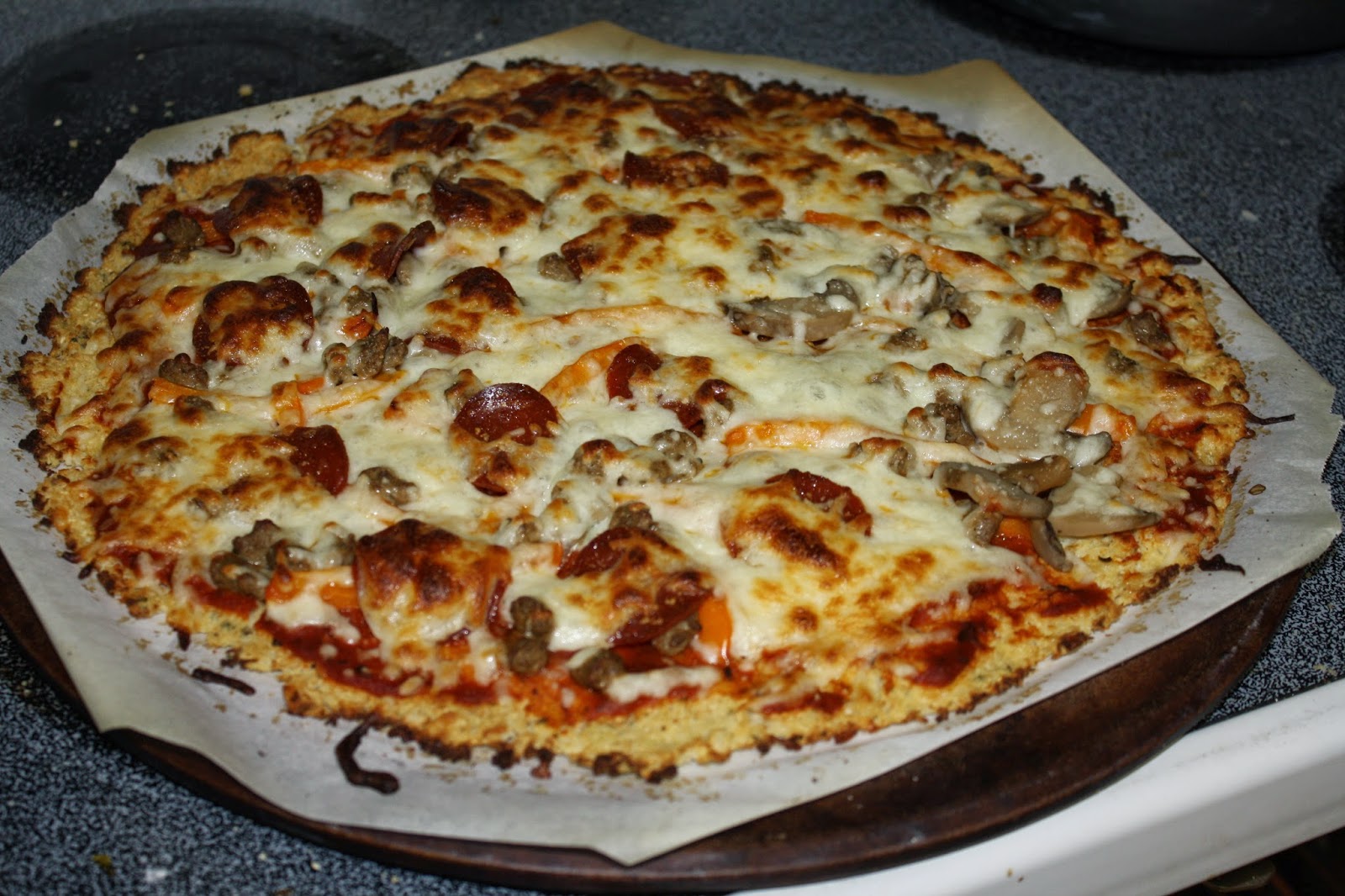 Don't let that fool you.  He still took it to work for lunch later that week.  I don't think it bothered him too much.  Though I know he enjoyed the "regular" gluten free crust better.  Despite that, I still want to try the cheesy "bread" sticks recipe I found.  Lots of cheese on top....yes and yum! 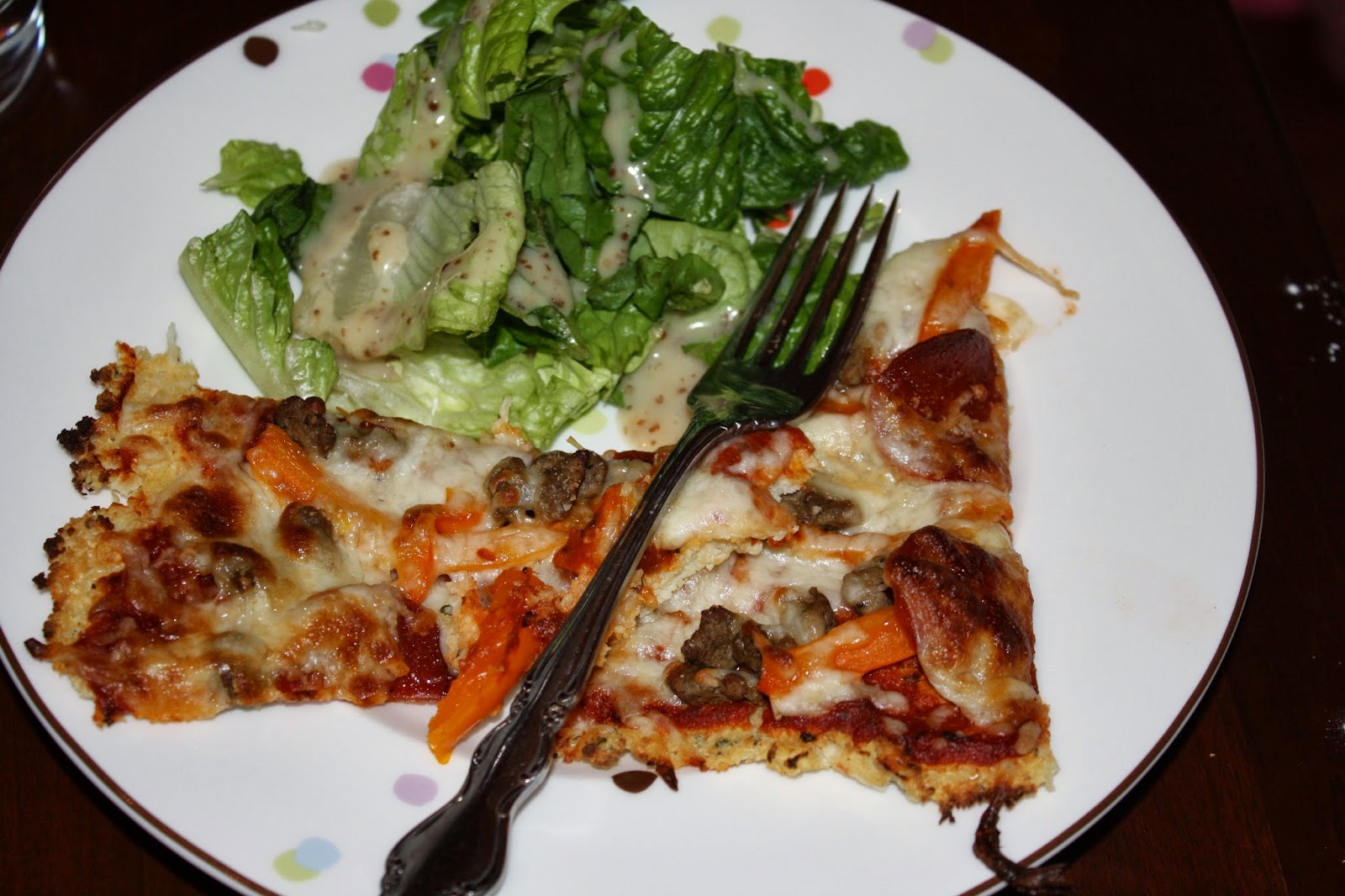 Preheat oven to 450F.  Line a baking sheet with either a Silpat or parchment paper.
Place the cooked Cauli-Rice into a tea towel and squeeze all the water out of the Cauli-Rice.  It is important to get the rice as dry as possible so that there won’t be extra moisture in the crust which will prevent it from crisping up properly.

In a medium bowl combine the dry Cauli-Rice, egg, 1/3 cup shredded mozzarella, fennel seeds, Italian seasoning, salt & pepper and mix to combine well.  Press the cauliflower mixture into an even thickness on the prepared pan, either into a round or rectangular shaped pizza. 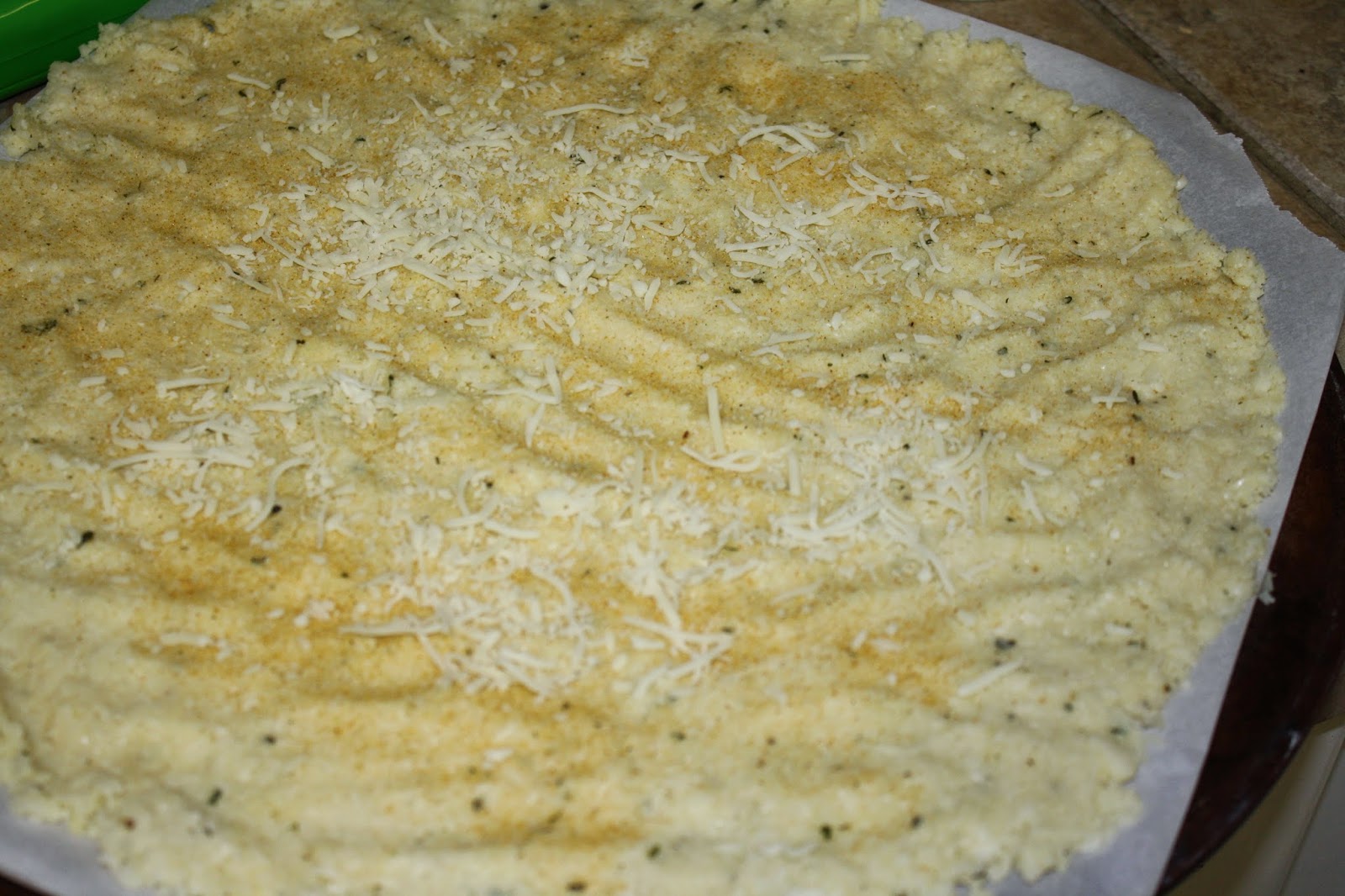 Bake for 15-20 minutes until the crust is firm and golden brown.  Remove the pan from the oven.  Top the cooked crust with sauce, cheese and toppings of your choice.  Place back in the oven and bake until cheese is melted and starting to brown. Enjoy!