So much has happened over the past month.  9 months seems to be such a milestone month. 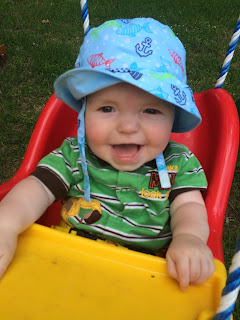 Caleb is still my baby but he's starting to do things or want to do things independently.  He started waving just after he turned 8 months old and it is THE CUTEST THING!!!!

He has also started shaking his head.  You ask him any question and he almost always shakes his head no.  Ha!  He's started clapping and is a great little sitter. 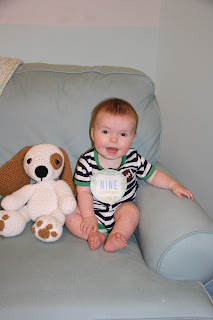 He took his first bath this month and LOVES them!  He just kicks and splashes in his little duck. 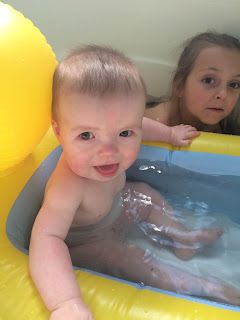 He went swimming in the big pool for the first time.  We tried to put him in the float and he was NOT having that.  He screamed and wouldn't calm down until I held him close.  He calmed down and was putting his face in the water by the end.  We have started letting him ride sitting up in the stroller.  He really enjoys that. 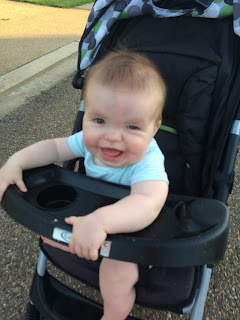 Next step is the convertible car seat.  Not sure were ready for that!  Another first was swinging the big swings at the park.  He had great fun with his daddy! 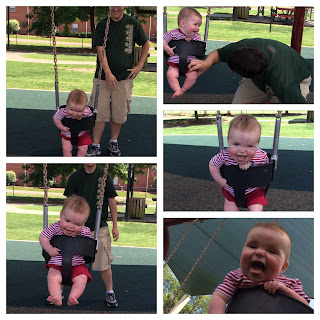 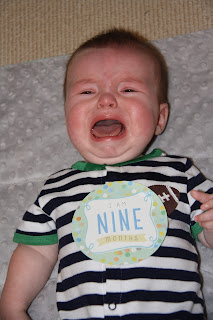 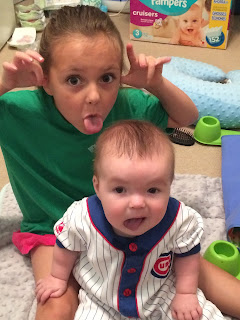 Food:  He decided that he does like to eat. 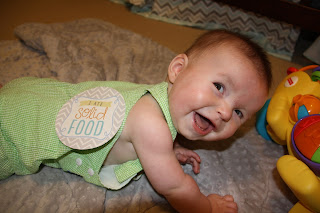 He's been eating great since the beginning of June.  He LOVES yogurt, it's probably his favorite. 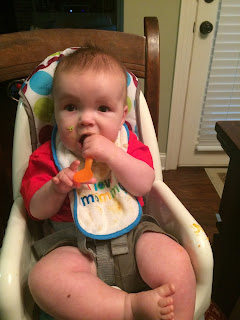 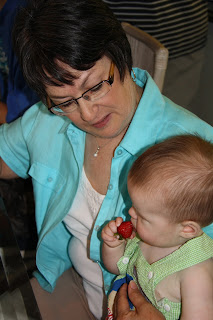 He is a GREAT little eater. Now I have to figure out how to balance that with bottles/nursing so we can wean when it's time. 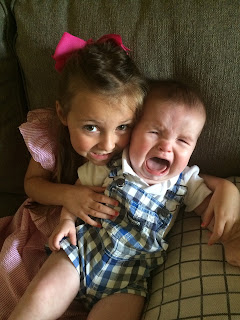 He can hold his own bottle, so now we need to work on a cup. 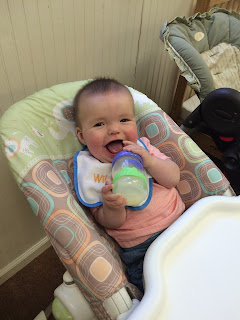 Clothes: He really it right on schedule for clothes.  It kind of makes getting things pretty easy.  He is pretty much outgrown 6-9 month stuff except for shorts and some onesies.  He's in his 9-12 month (and a couple of Mud Pie 12-18 month) outfits. 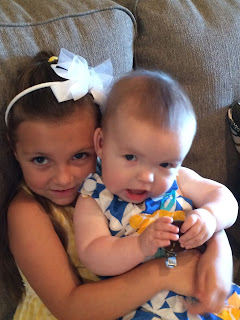 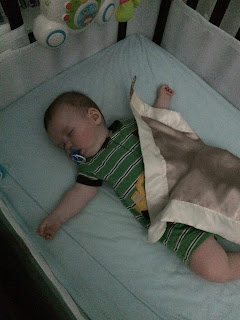 Sometimes he still wakes up a little earlier and he will wake up about twice a week in the middle of the night.  When that happens, he almost always wants to nurse.  At this point, I have just given into it because I can get back to sleep faster if I don't fight it!  Ha! 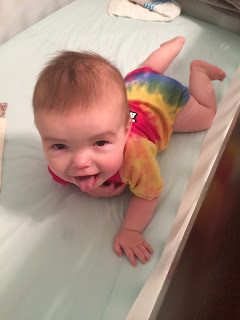 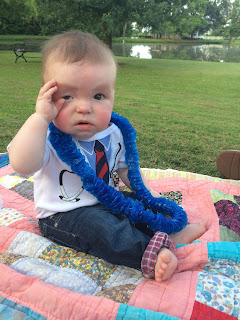 School:  He loves his little friends and his teachers.  He waves and smiles and dances for them.  The other day, he took a toy away from one of his friends and the teacher asked if it was nice to take toys from our friends.  Caleb shook his head "no."  Then she asked him if he needed to move to another spot on the mat and he shook his head "yes."  HAHAHA! 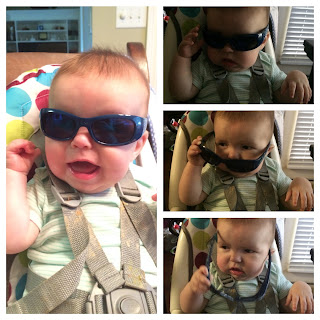 I love watching him on the video system.  Most of the time he is sitting in the middle of the mat with toys around him, just playing.  He often falls asleep on the playmat. I wish I knew their secret!

Development: He is right on tract.  He waves and talks and smiles.  He is trying to pull up. 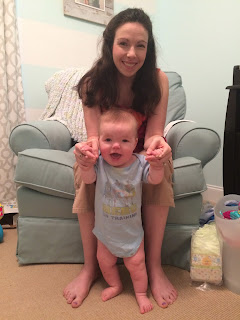 He moves all over the place but hasn't quite crawled...but it is on it's way!  He can get on all fours but hasn't quite figured out how to get his legs moving.  He can feed himself with his fingers and is starting to figure out chewing some. 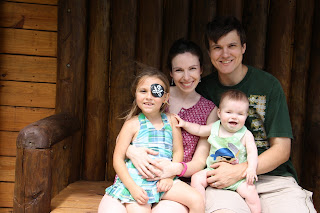 He has four teeth mostly in and two that are just about poked through.  Poor baby is worn out by those teeth! 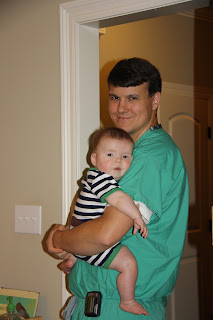 Loves:  zerberts on his stomach - you can get him to stop crying by doing this, it's great!  Baths, yogurt, Mama (he's a pretty big mama's boy right now), 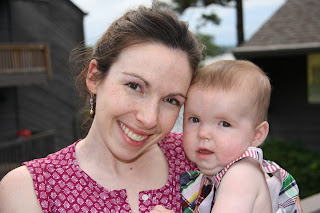 playing with his sissie (but not being held by her but to her chagrin). 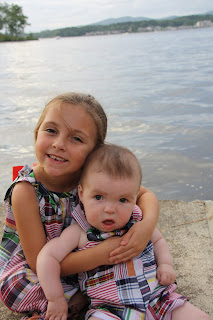