Back Where It All Began

Two years!  That's how long it's been since David and I started dating.  Oddly enough, our first "date" really wasn't...at least that's what I was telling myself. 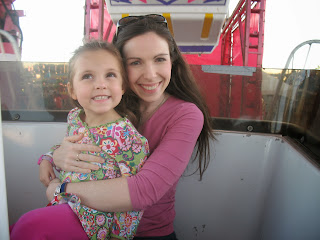 Around the beginning of October every year our state has the state fair.  Well, David and I had worked together in the ER in August and he very stealthily asked for my phone number ("just in case something happens and I'm going to be late to work").  I was clueless!  Sure, no problem.  He also shared some of his birthday cookie cake with me...that came at the perfect time.  The next month he started texting me since I was on nights and he "knew I'd be up." 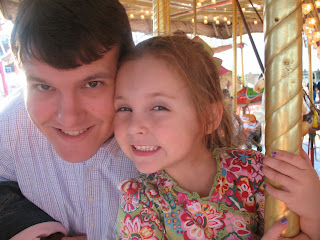 Well, we started talking about the fair.  I told him several times that he had to go and had to go on the big yellow slide, watch the circus, and get an elephant ear.  And, oh BTW, "I haven't been in 10 years!"  So, after about four rounds of this conversation he finally suggested I go with him and K.  Sure!  The day we went it was raining.  Secretly, we were both scared we wouldn't get to go to the fair...but we kept on and went.  Walking in, my foot got stuck in the mud...David offered his hand and held it until we got to paved road. 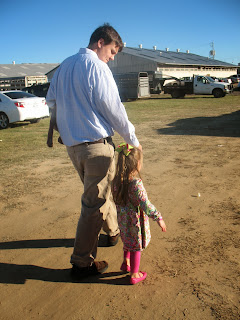 Later he told me he would have carried me.  He then proceeded to pay for my arm band (I kept thinking, "This is not a date!").  We had a blast.  Enjoyed rides, almost got sick on those awful bears (he gets to take K on those now), 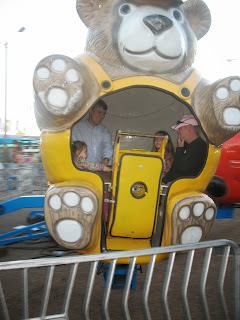 had an awkward ride on the hot air balloons (it's very small, not for 2 adults, and our knees touched the whole time), had chicken on a stick, and I got my elephant ear (which I paid for...NOT a date!).  We had a great time!  About two weeks later we decided we should officially start dating.  David said he wanted to propose on the ferris wheel year but the ring wasn't in yet.  So, now the fair is a MUST for our family!  This year, as we were walking in K reached her hand out to me and said "Let's all hold hands like a family." 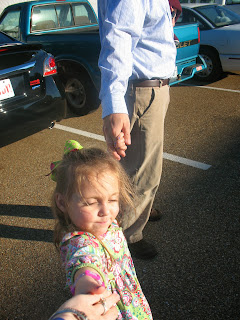 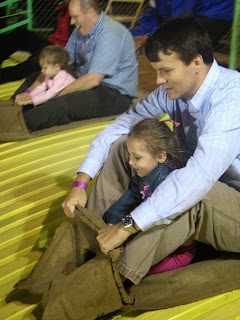 and K got to ride the caterpillar roller coaster. 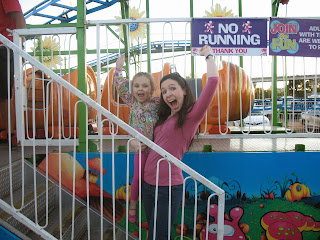 She was about 1/2 inch too short that first year.  But this year, we were tall enough.  SCORE! 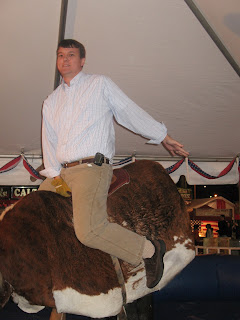 David was able to fulfill his dream of riding a bull (the mechanical one but still!).  And K and I found a new favorite ride...the kiddie version of the drop ride/Tower of Terror.  I was so giddy! 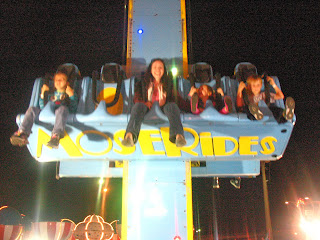 We have such a great time and I can't wait for October 2014!  Oddly enough, yes, I am thankful for our state fair!
Posted by Unknown at 5:15 PM