The day after the neurology party, we were leaving to go to David's family's house for Christmas celebrations.  However, before we left town we had one more part to attend: the pediatric department family Christmas party. 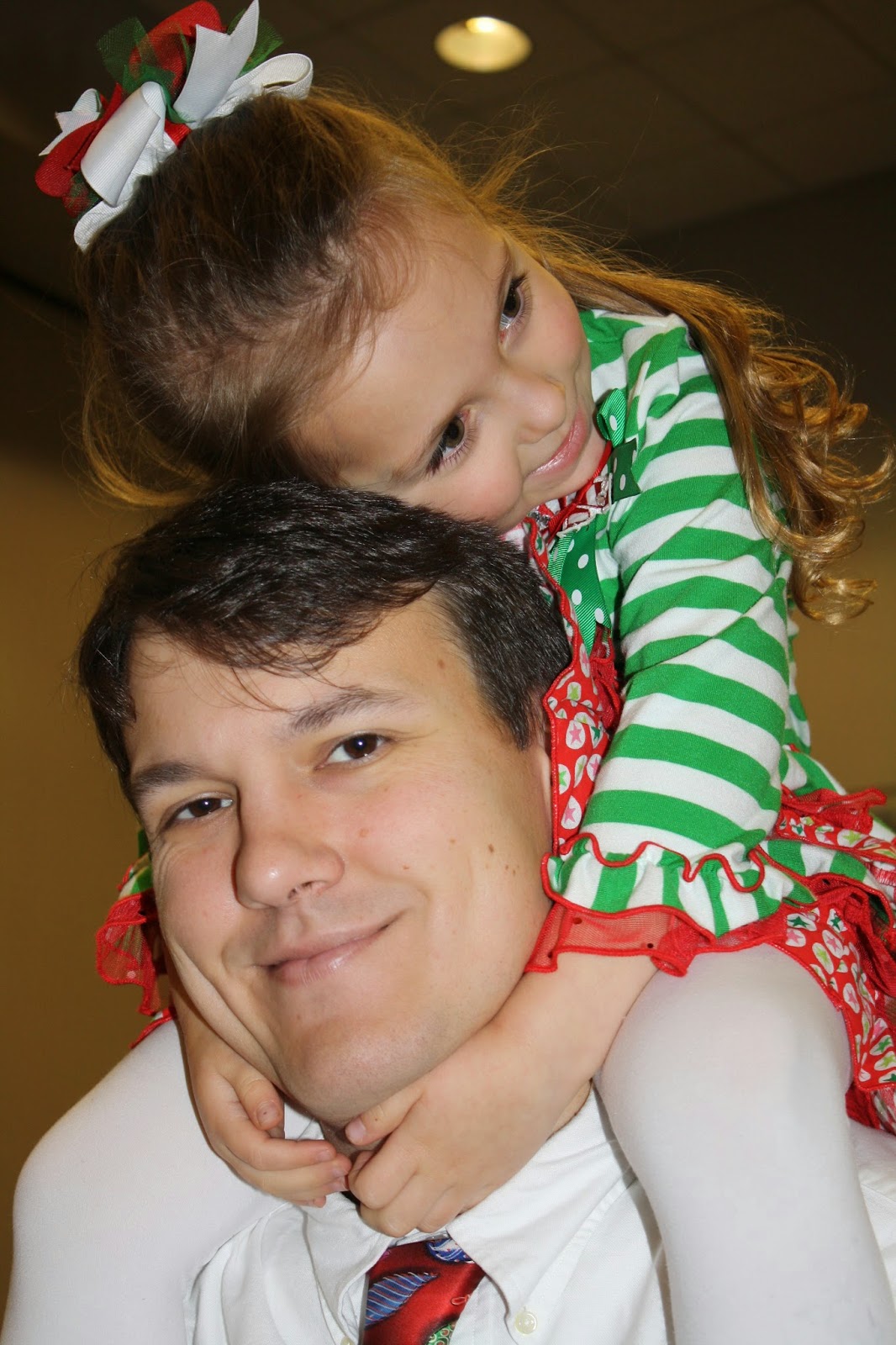 The special thing about this party is that Santa comes!  In the past, he has brought Mrs. Clause and the elves but they didn't come this year.  K was ready to eat when we got there (Shocker!) but we made her wait.  Then, Santa arrived! 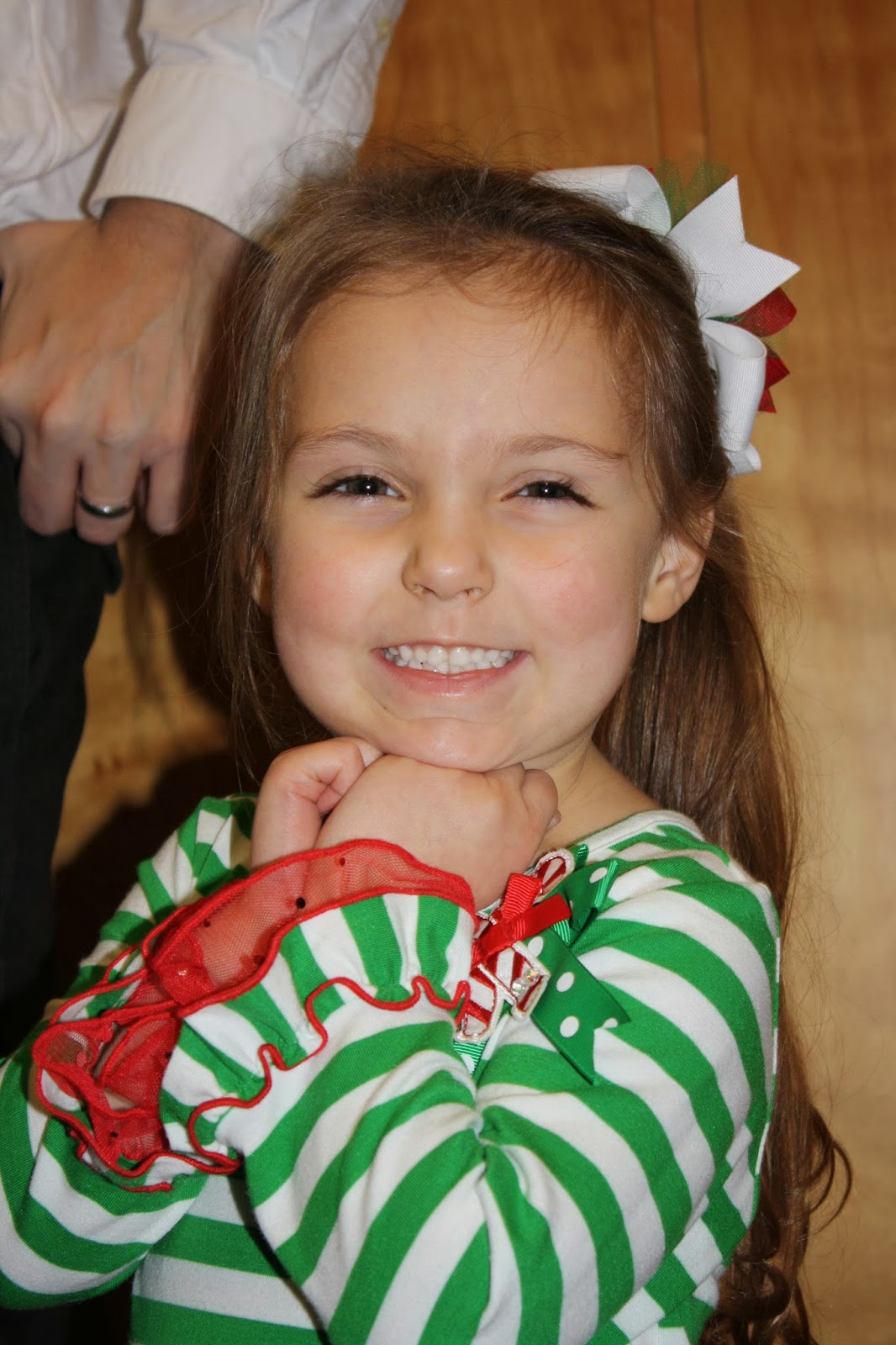 She was SO excited as she had been asking when she was going to meet Santa.  The first present out of the bag was for K. 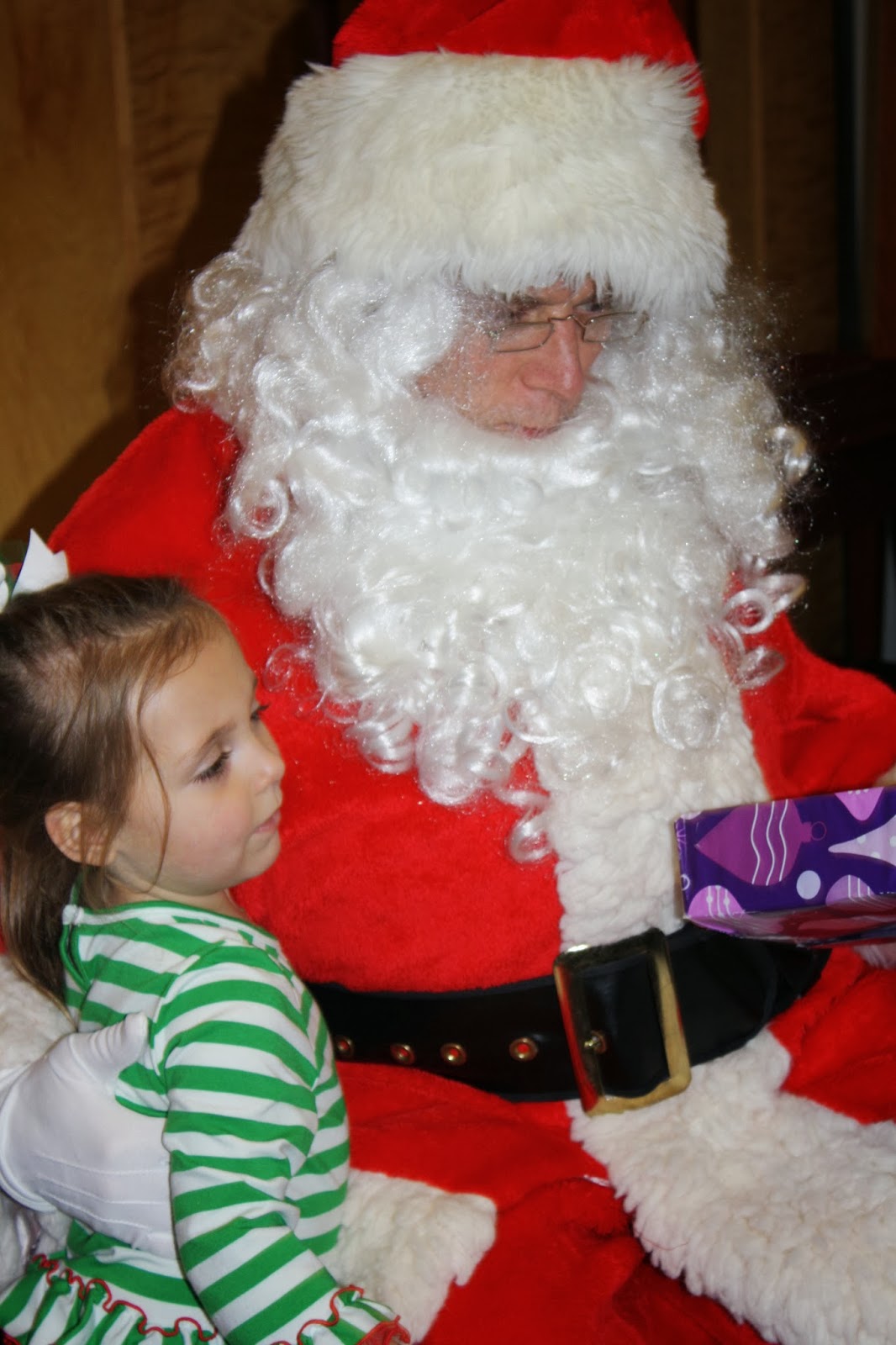 Santa knew just what she wanted...and got her a Merida bow and arrow. 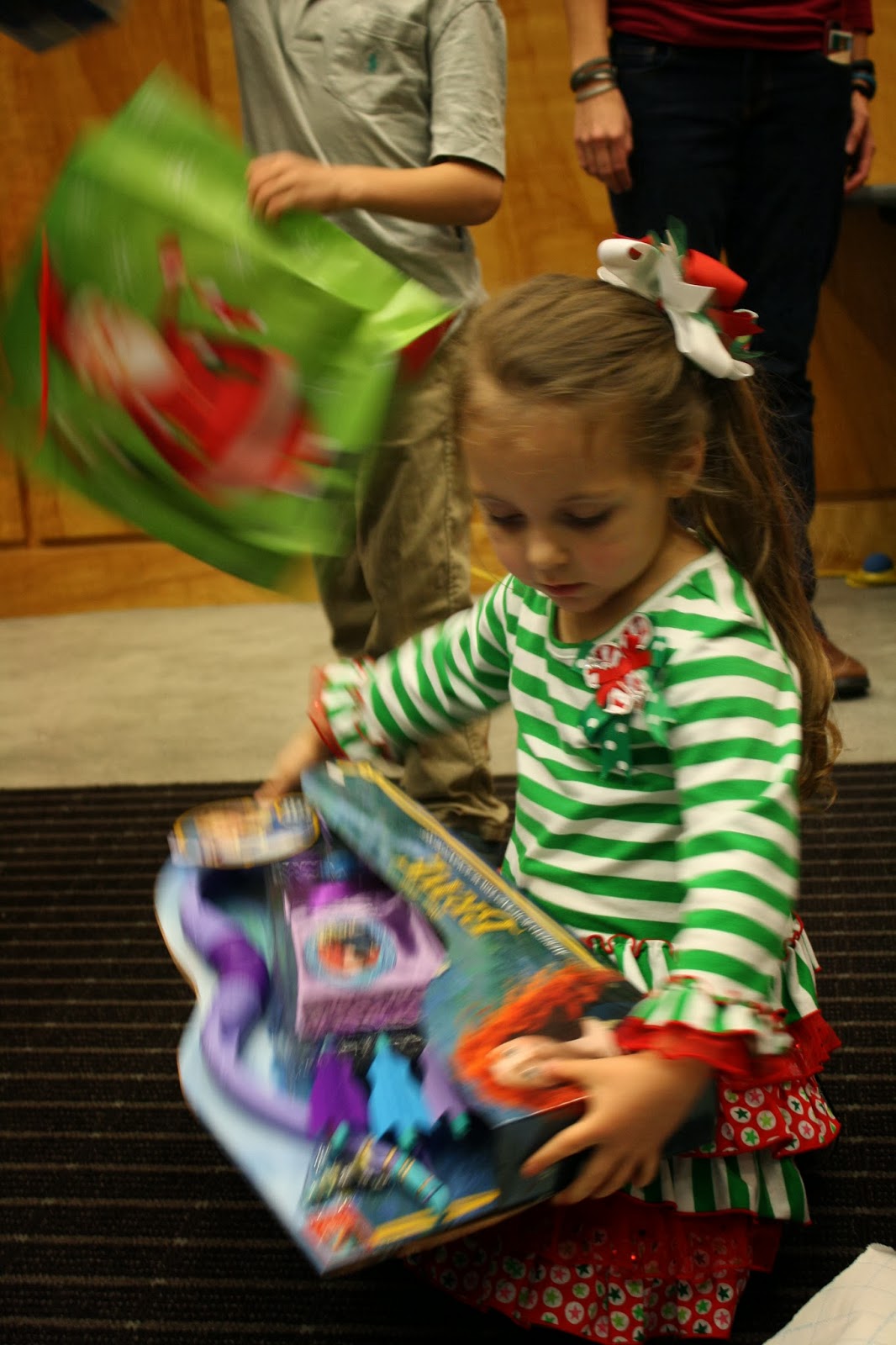 At one point, she jumped up and spontaneously ran back to Santa and gave him a hug. 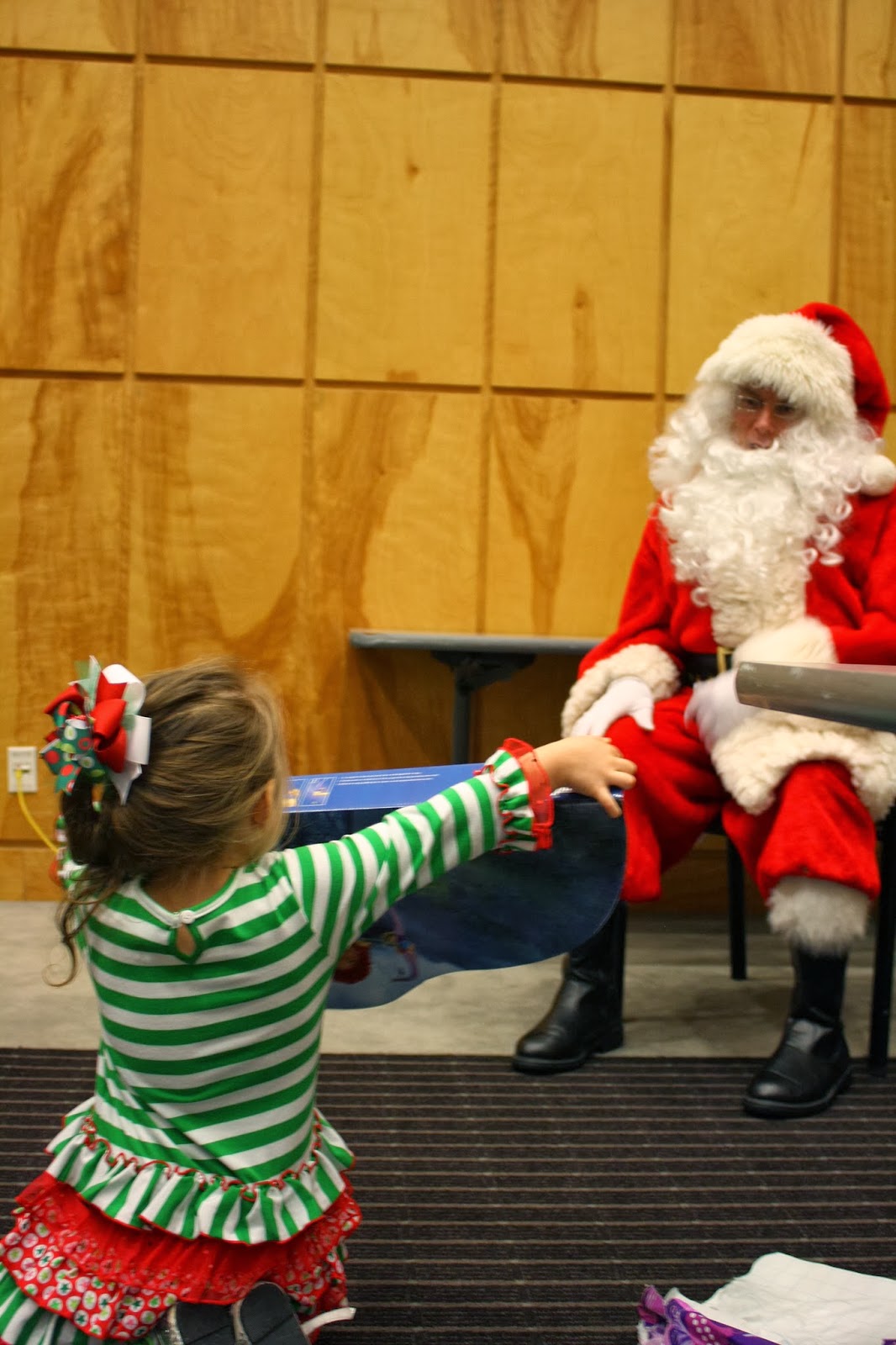 SO cute!  Then, of course, she was all about the food: chicken strips, mac and cheese, green beans and bread pudding - kid paradise.  :-)  Once we were done, we loaded up the car and made the trek to AL for the first of the family Christmas celebrations! 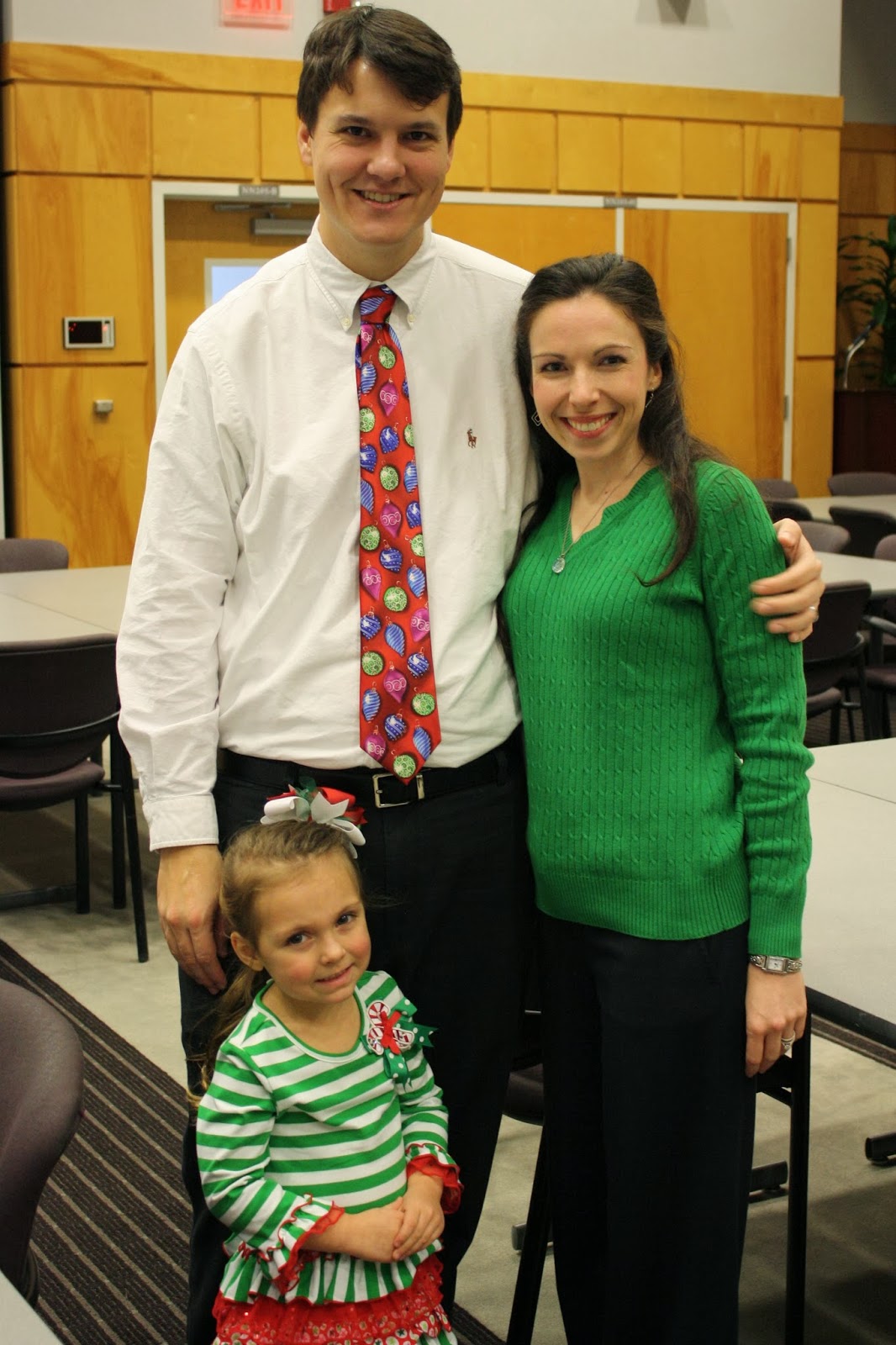