Our last day at Disney started out with the Mary Poppins breakfast. 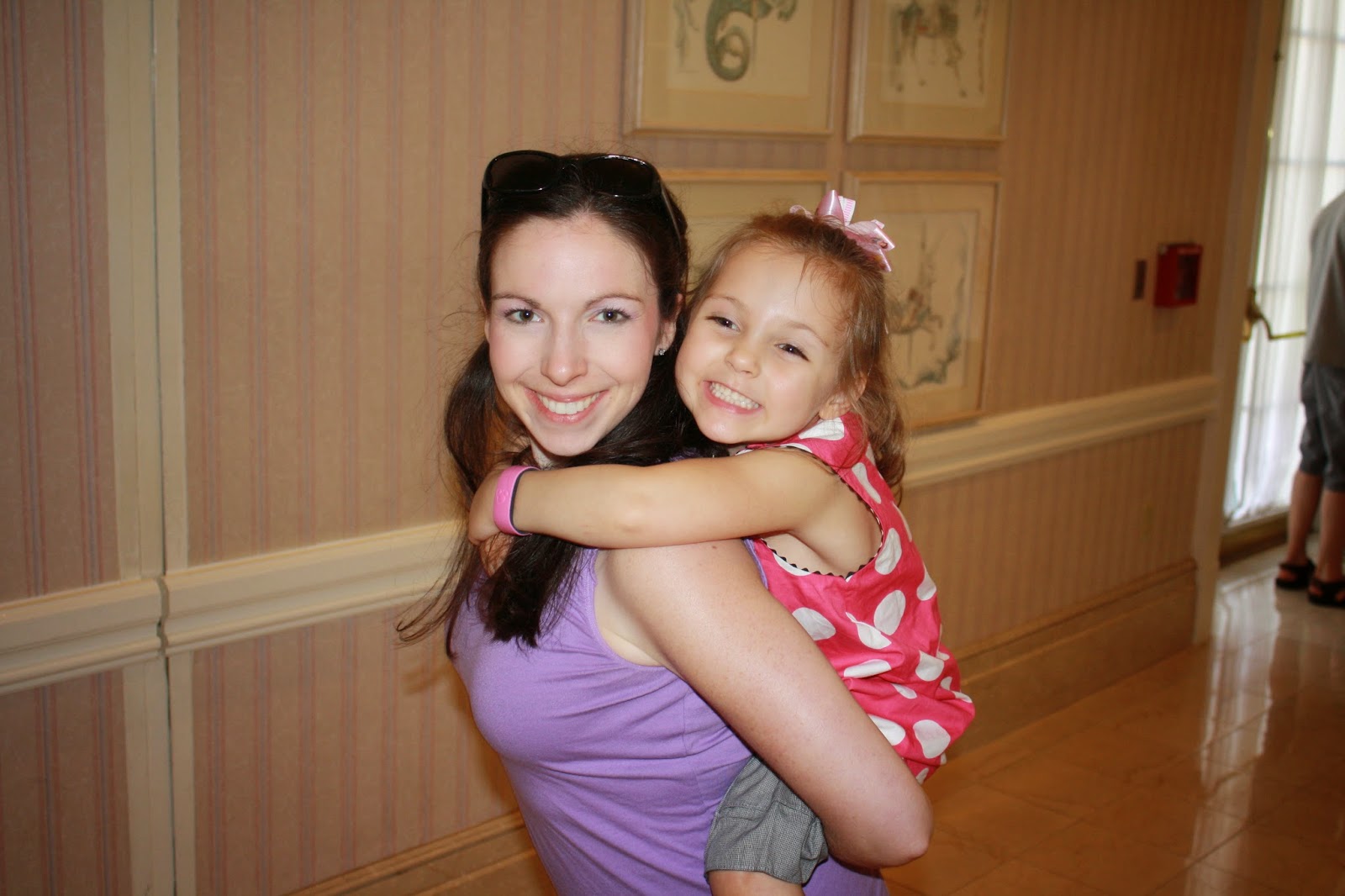 I LOVED the breakfast character meal and would recommend doing one for sure.  It's just different from all the other main meal dinners.  The characters here were such fun!  we saw Alice, 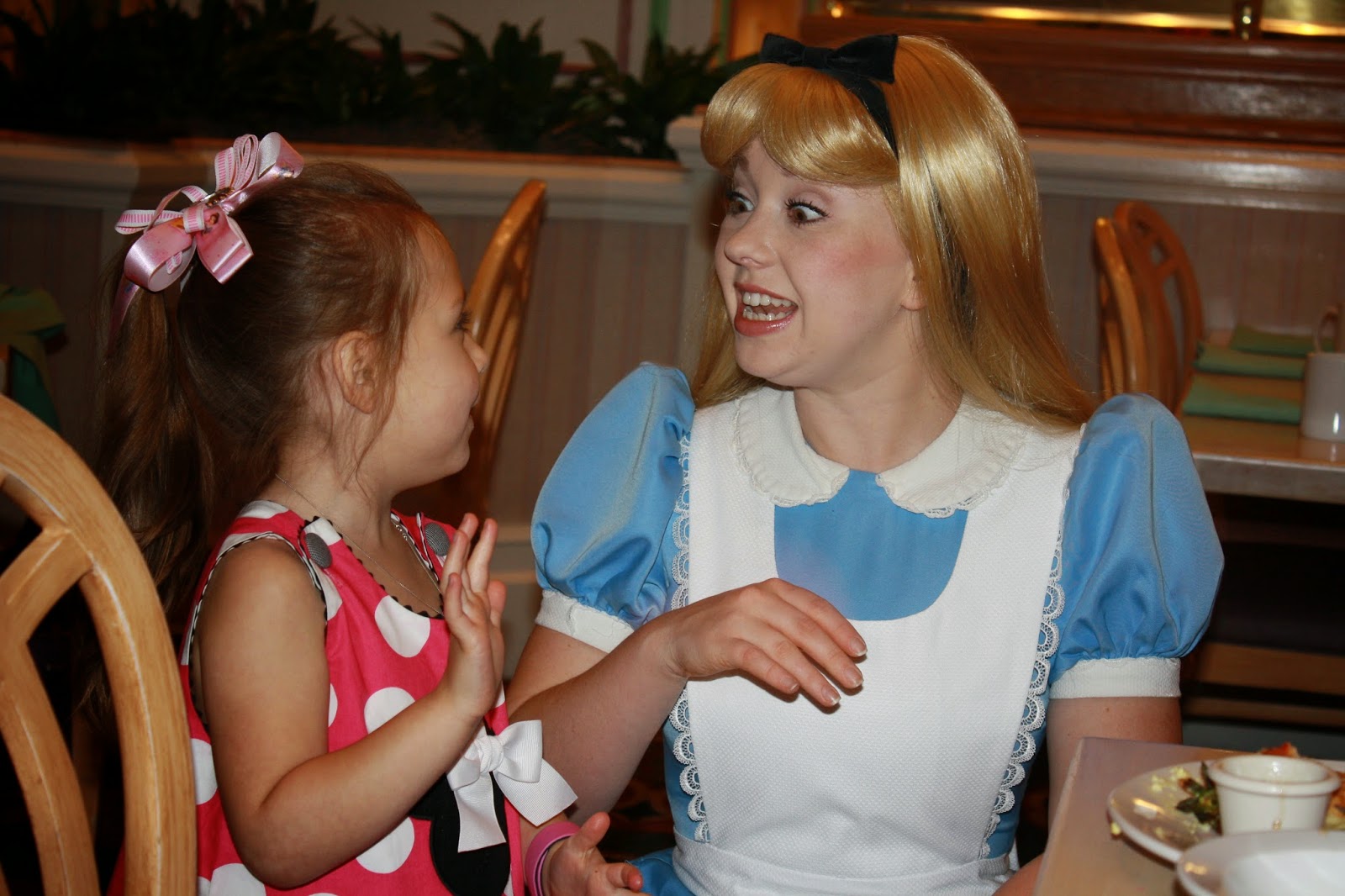 who was GREAT with Kate remembering exactly what she was doing in the parade the night before,  We saw Pooh 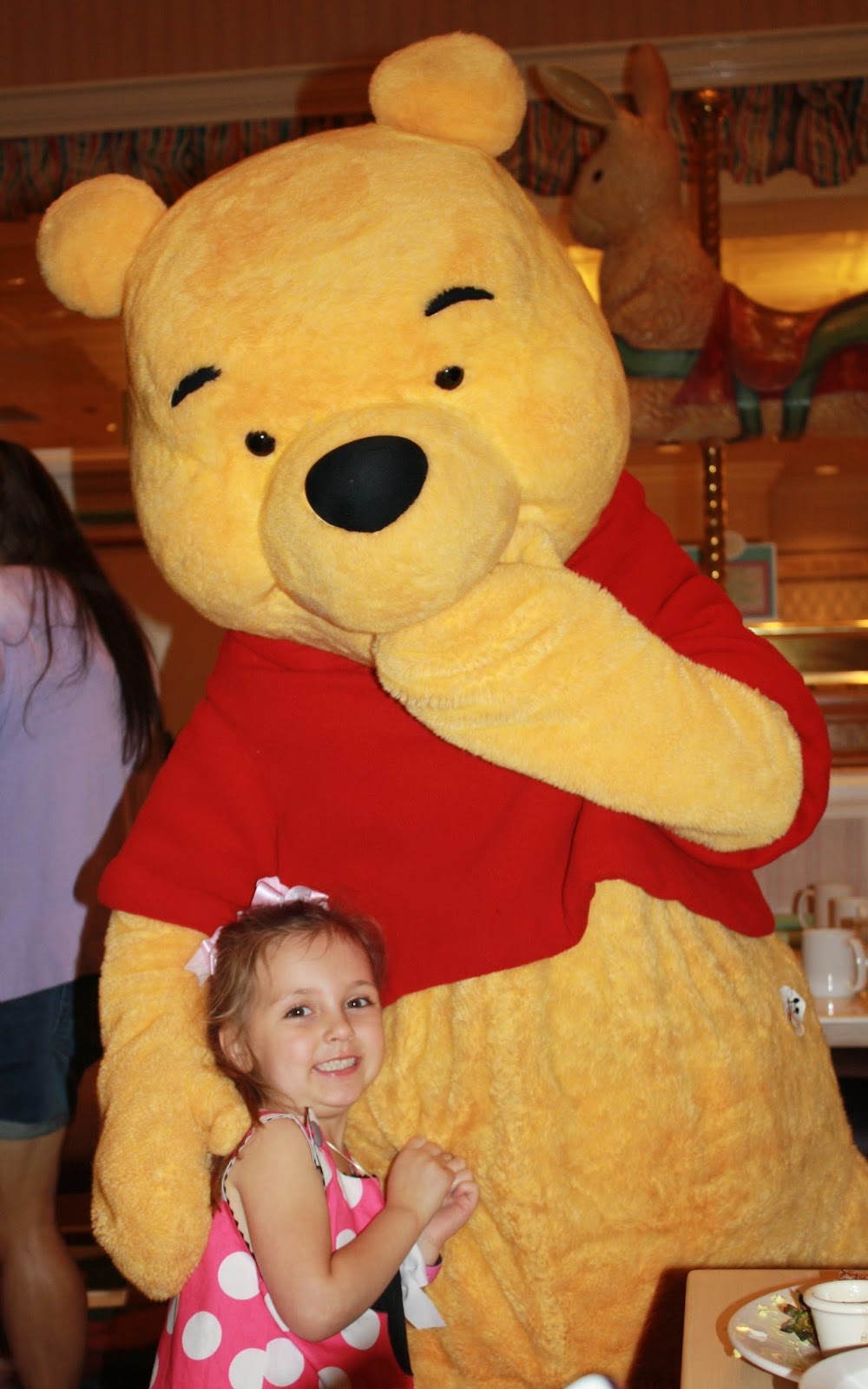 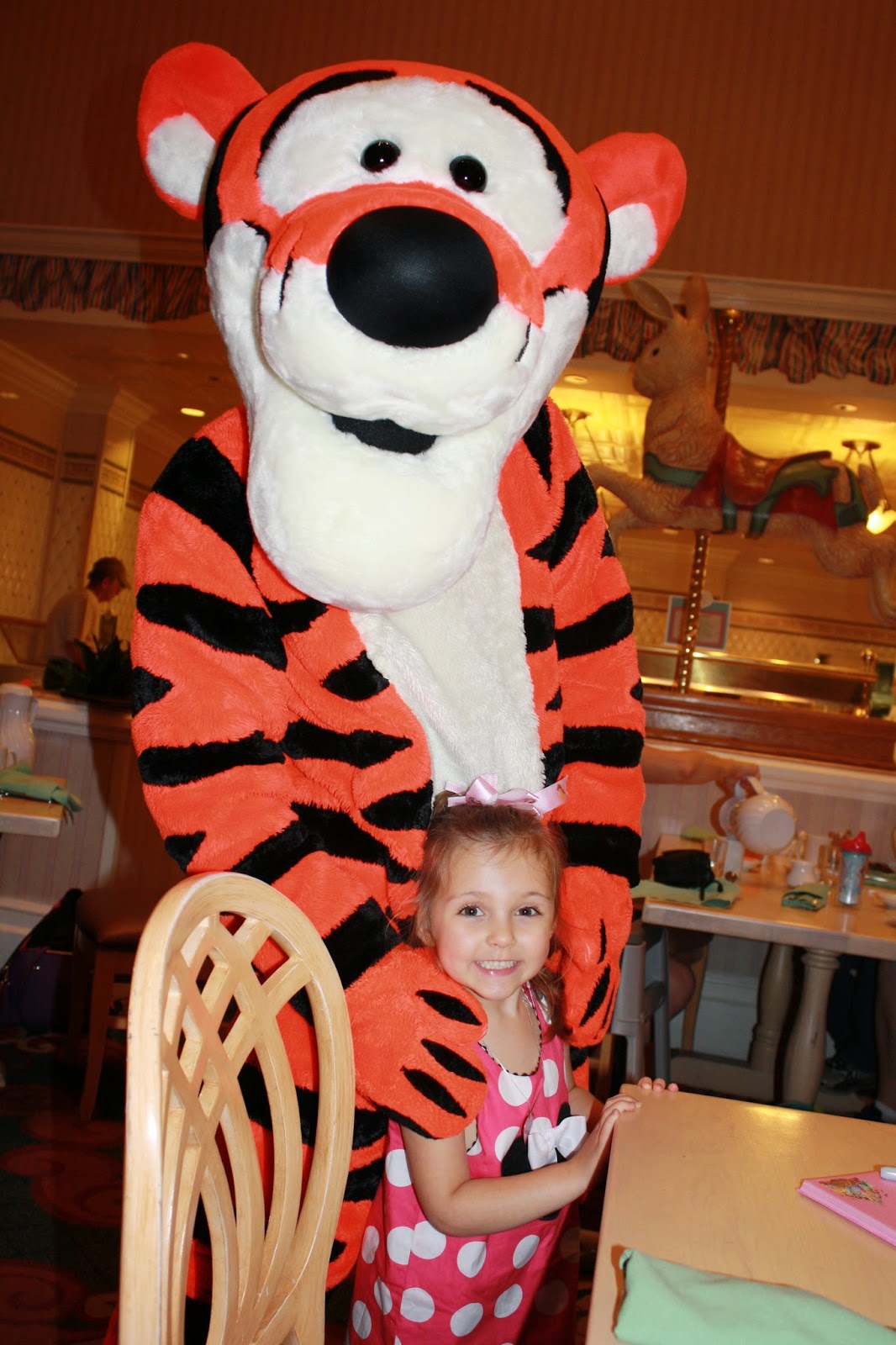 Then there was Mary Poppins and Bert. 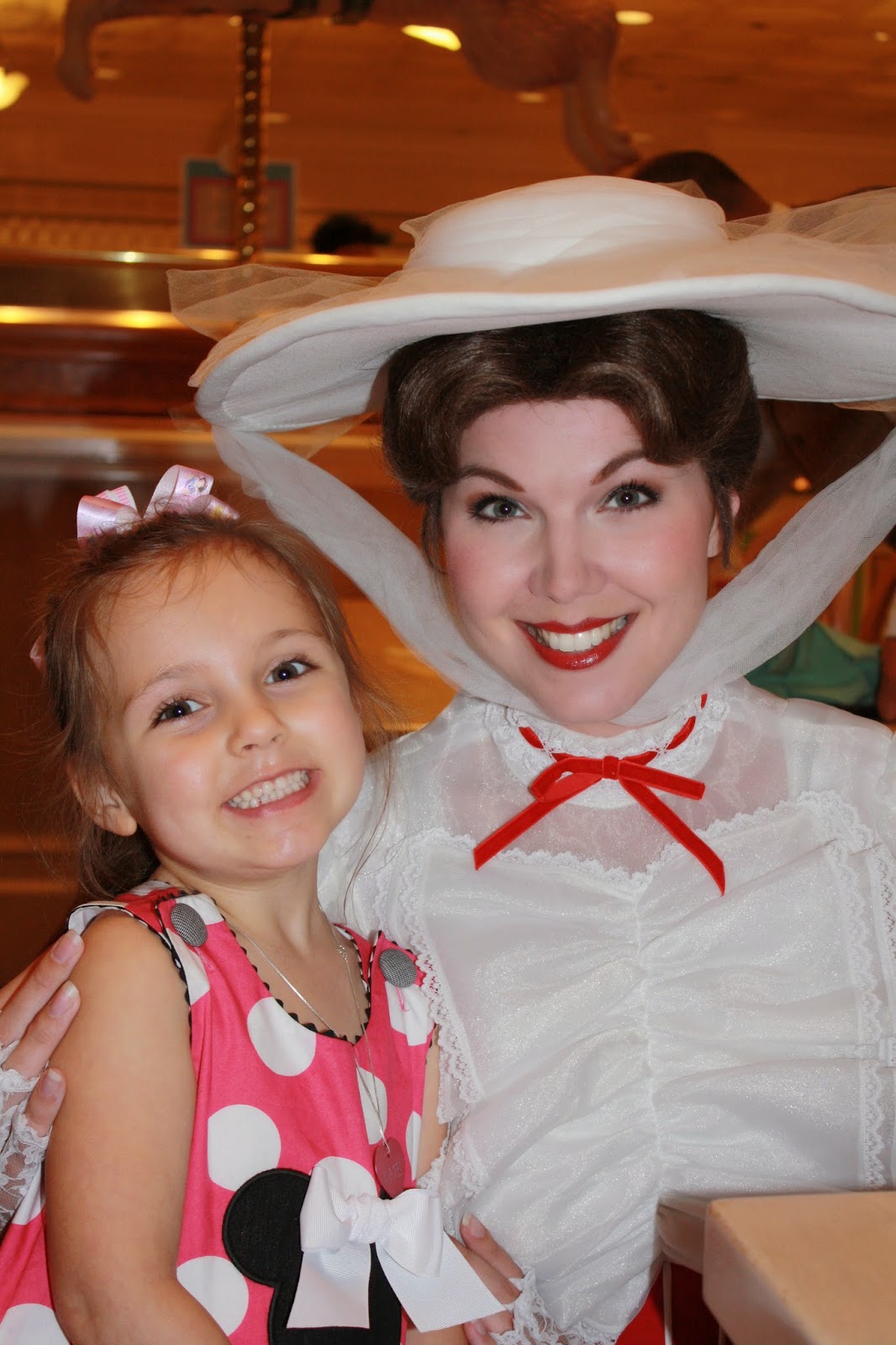 Bert got so excited that he got his own page in Kate's autograph book. 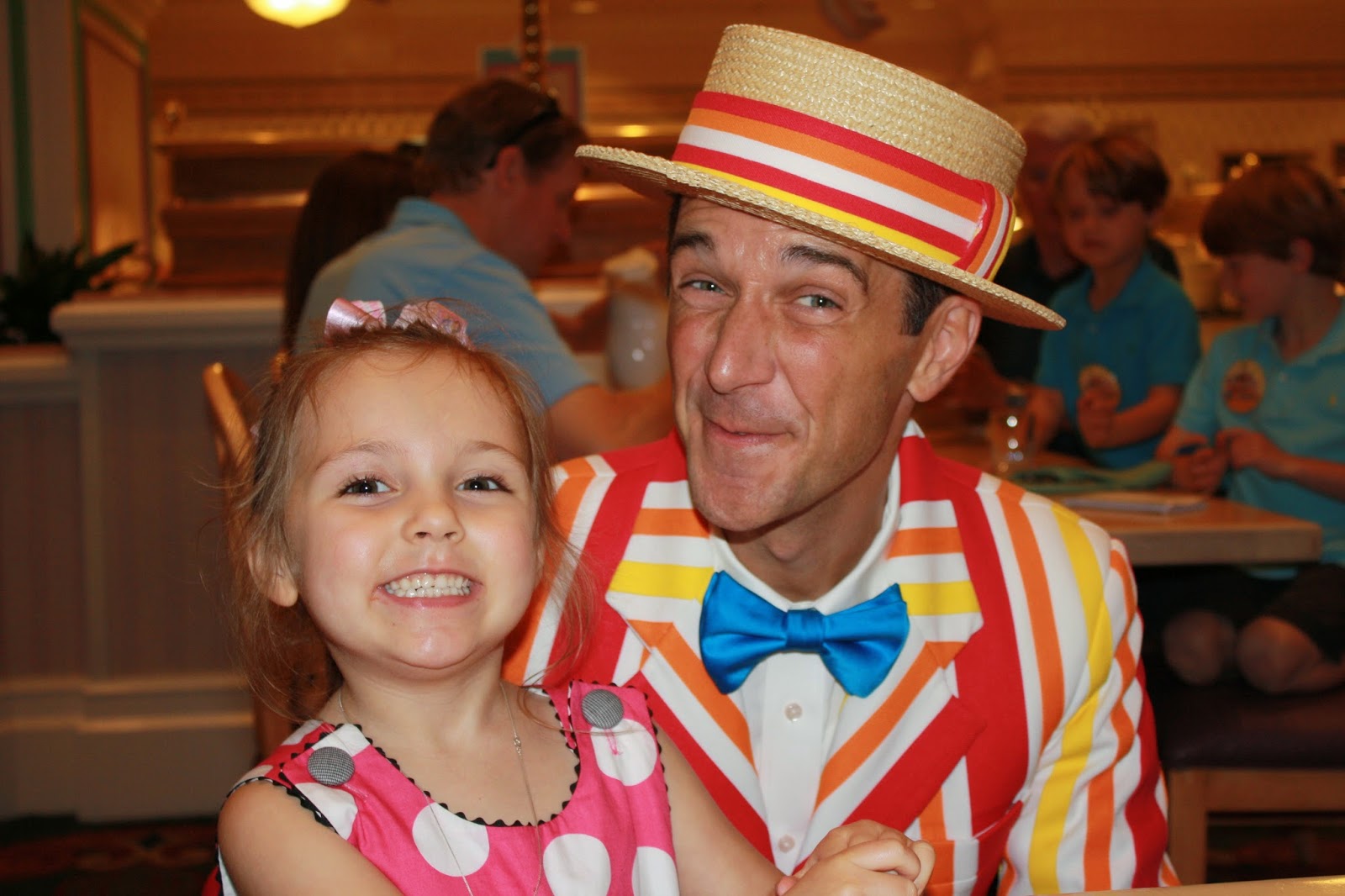 Apparently, he usually shares with Mary! 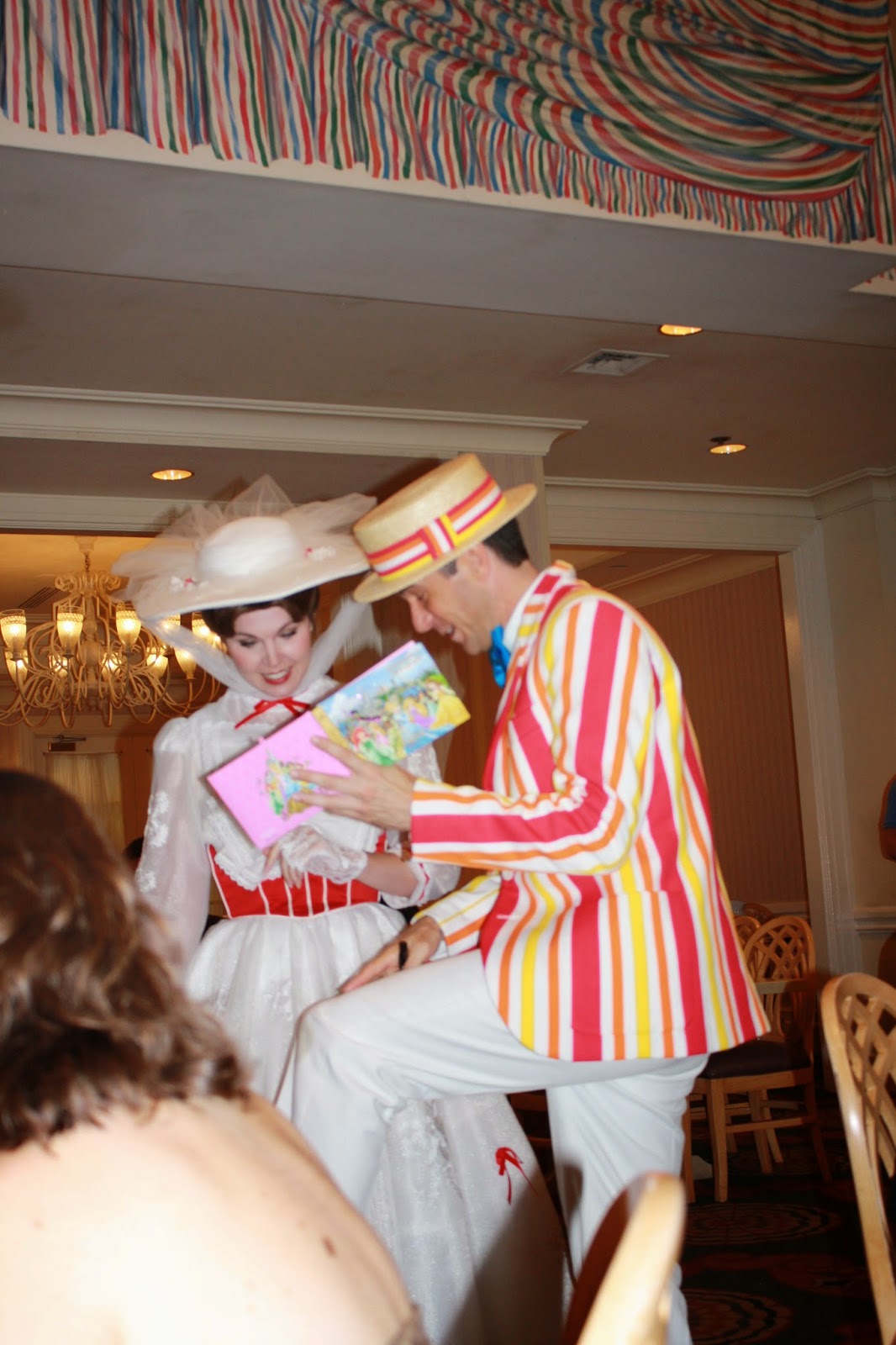 After breakfast we headed over to MGM.  Kate was our tour guide and negotiated the map for us. 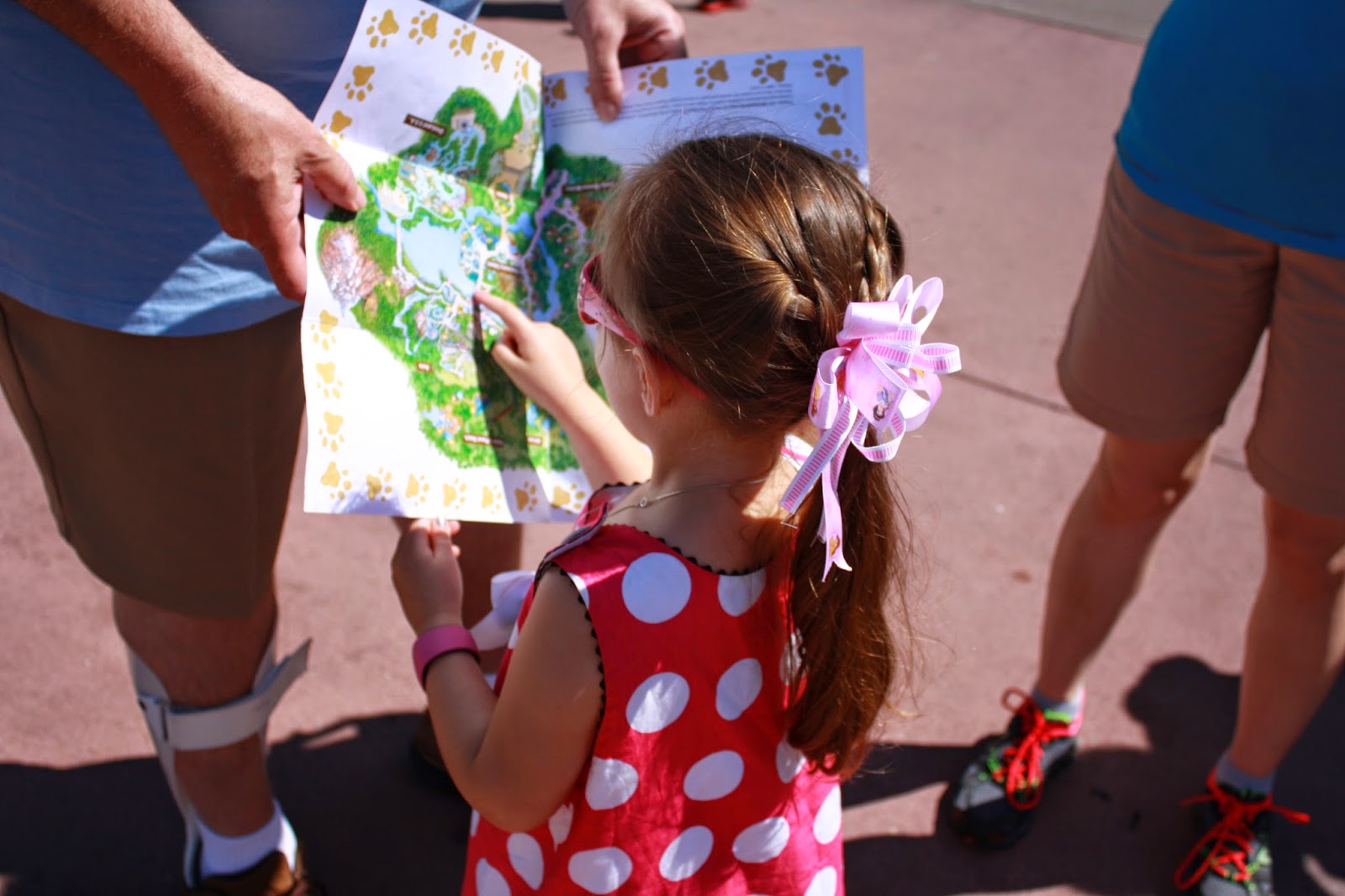 While we were waiting for the bus we had a quick hair session. 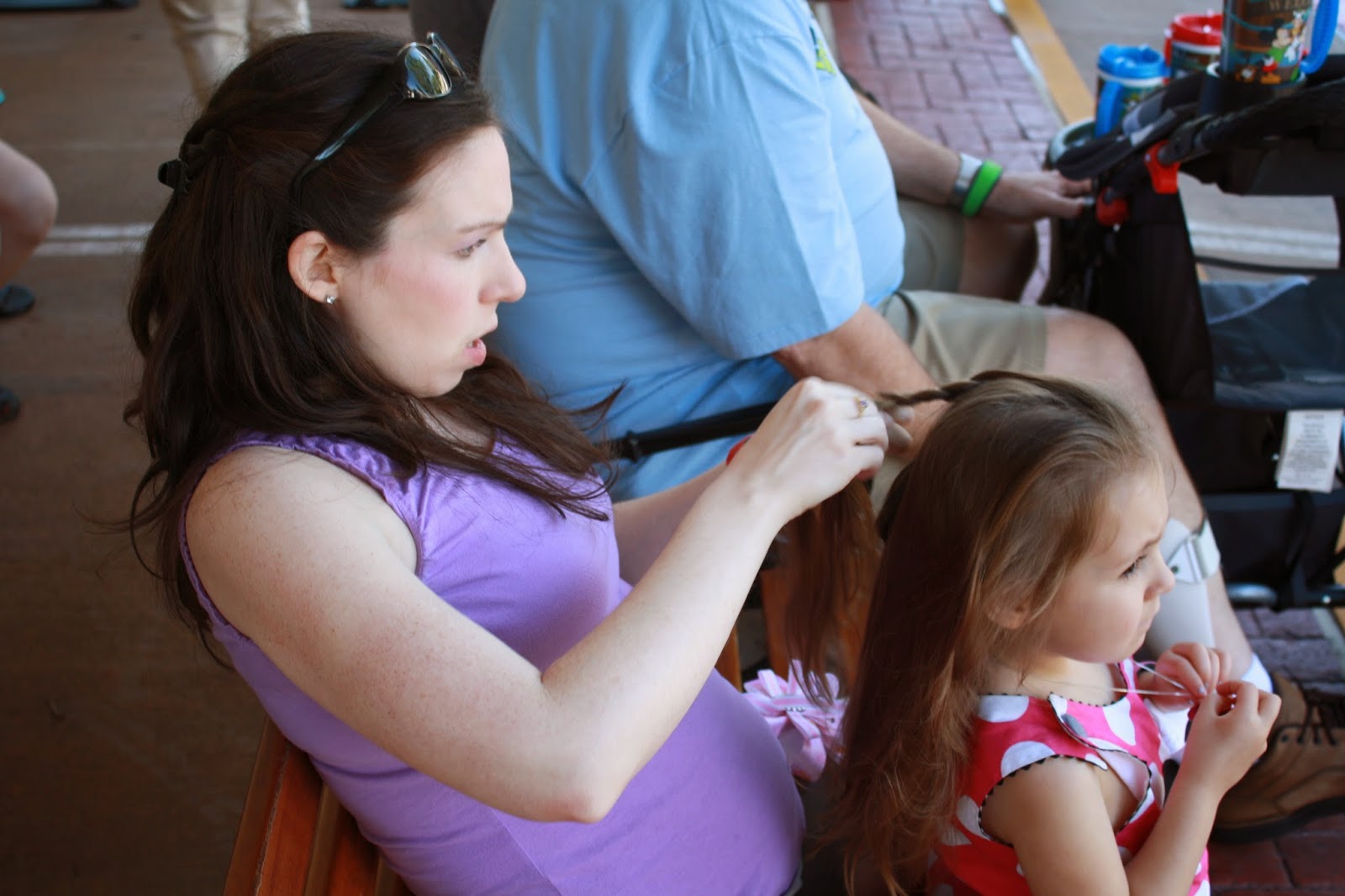 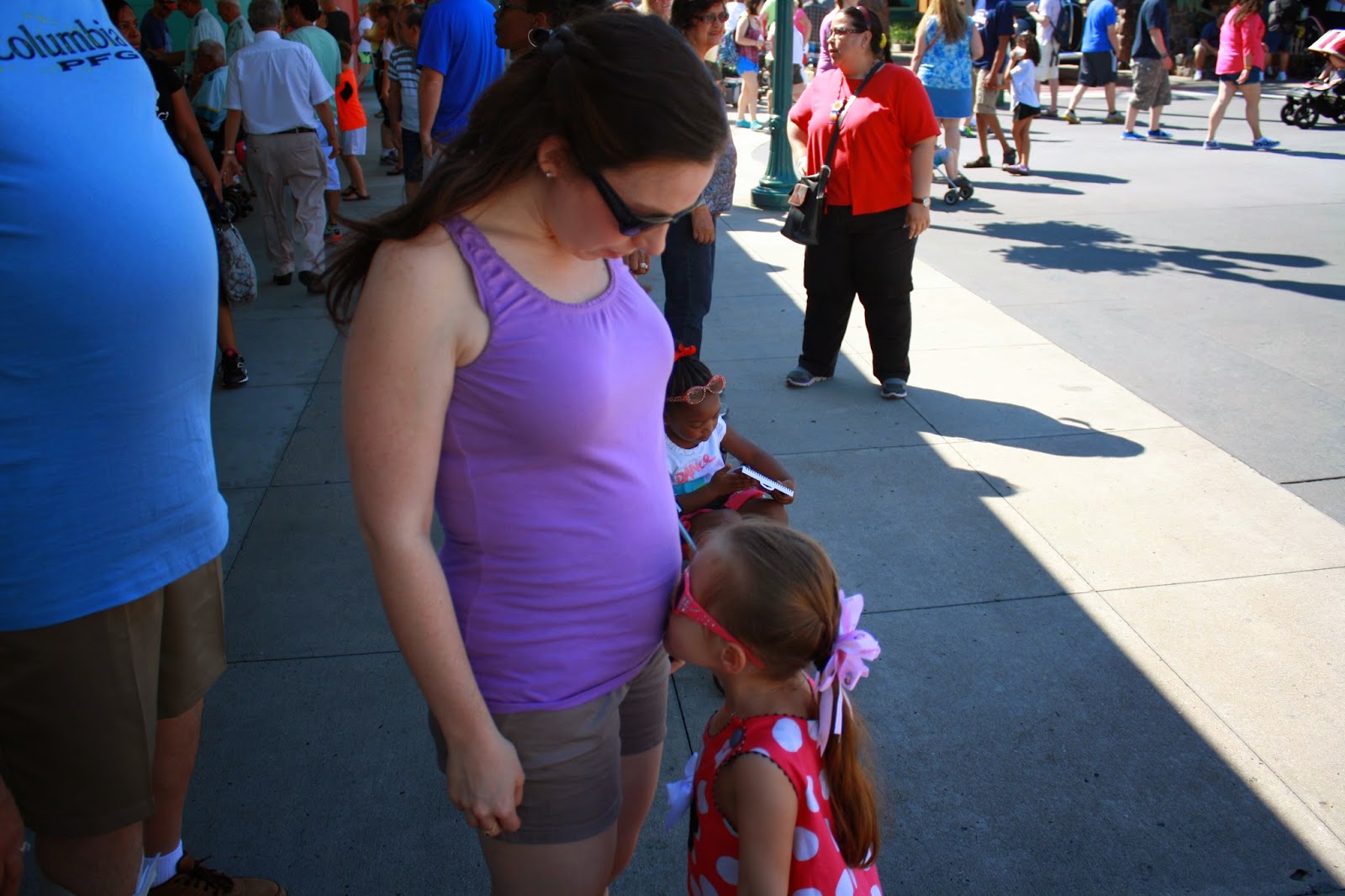 When we got to MGM, we went to Indiana Jones.  After that we headed over to Toy Story, which was lots of fun.  We also saw a Little Mermaid show.  Ellen, Jim, and Kate-o stayed for lunch and the muppets. 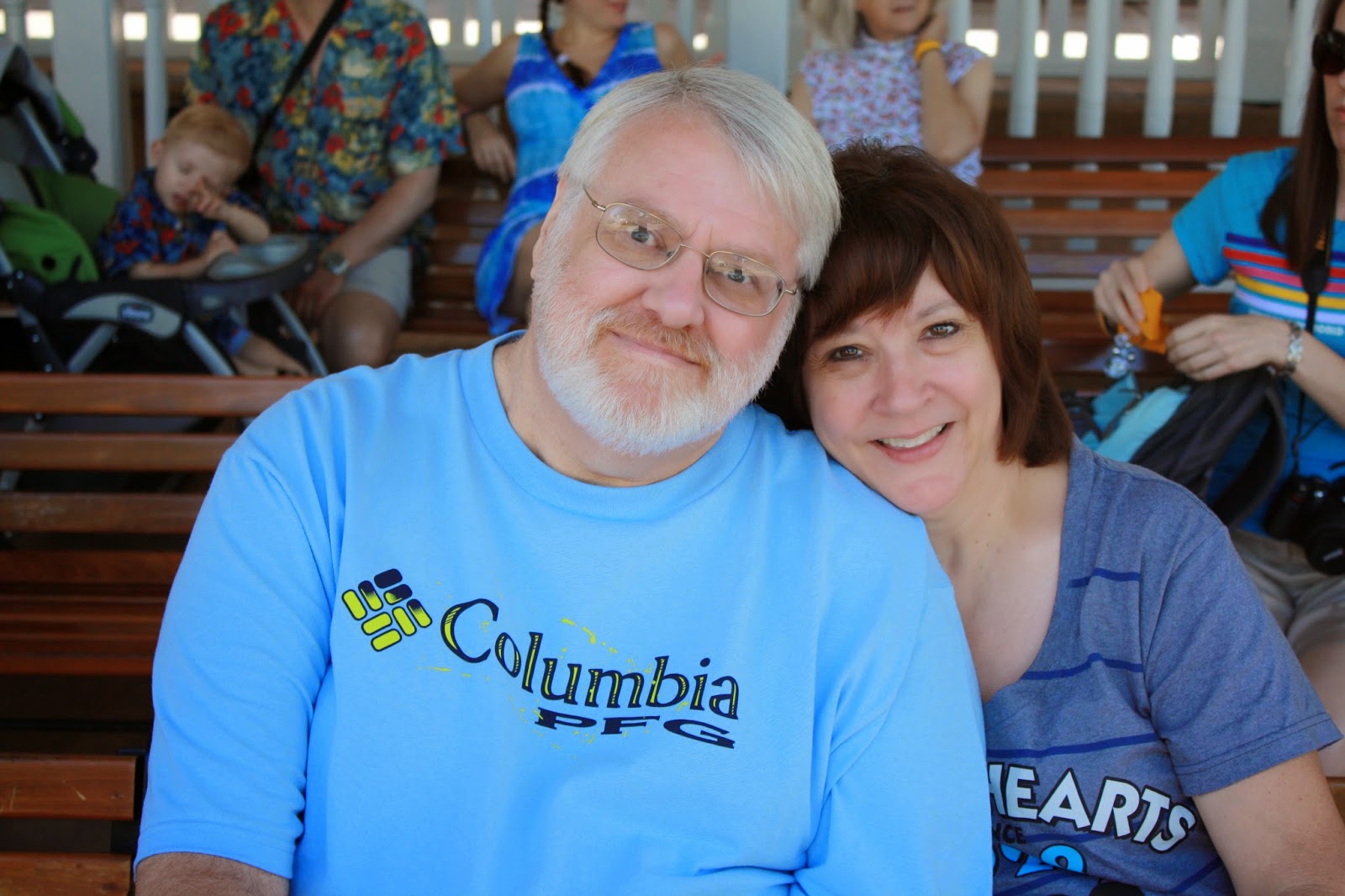 We went over to Magic Kingdom to go to the parade and get ice cream.  My pregnant self wanted a cookie ice cream sandwich; unfortunately, the only had chocolate chip cookies there while our hotel had choices.  I was stubborn and waited.  So, Kate got a mickey ice cream sandwich. 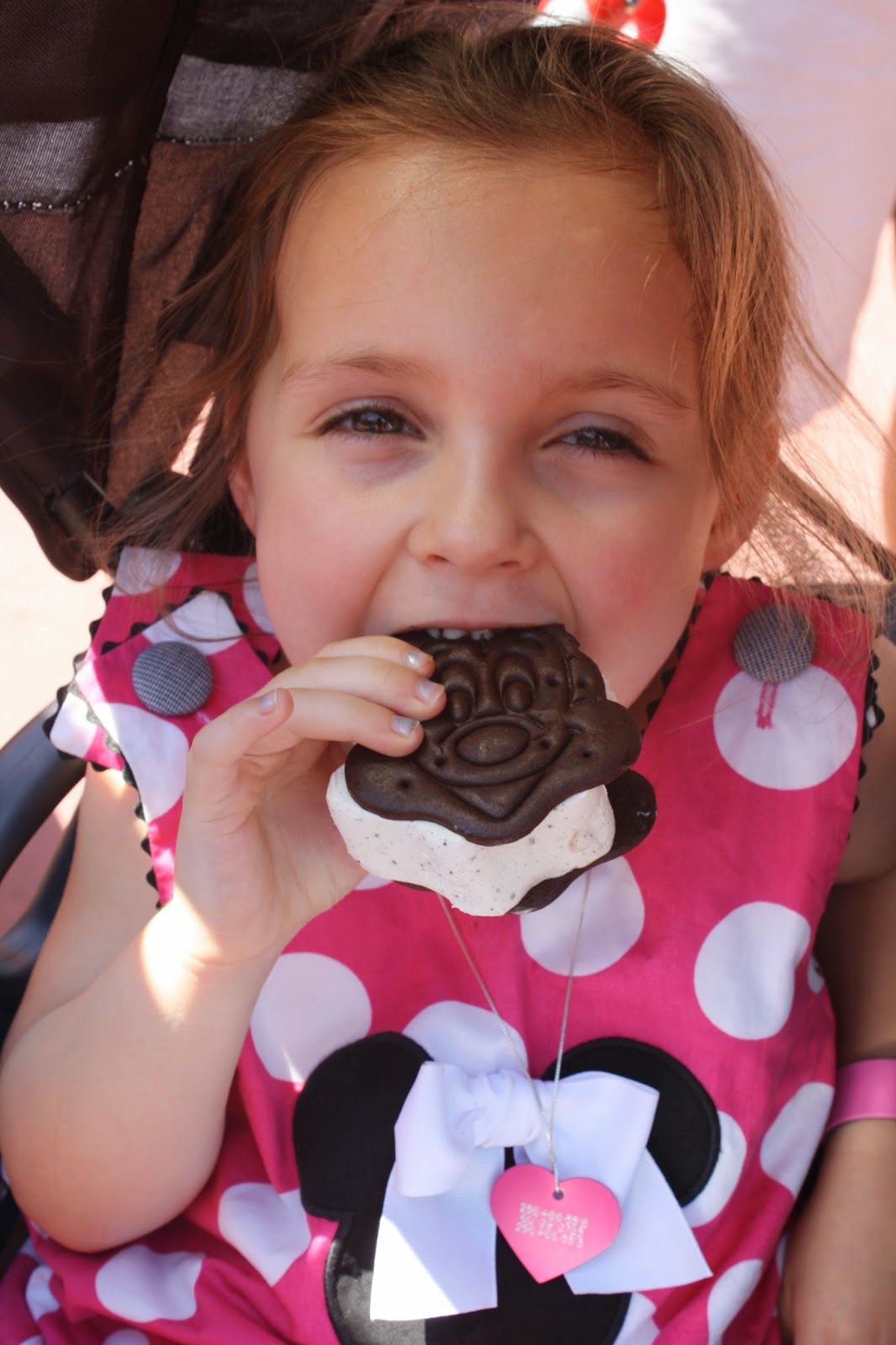 She told us that was her favorite part of the whole trip.  Seriously?!  We took a trip to disney and your favorite part was an ice cream sandwich?!  Sigh! 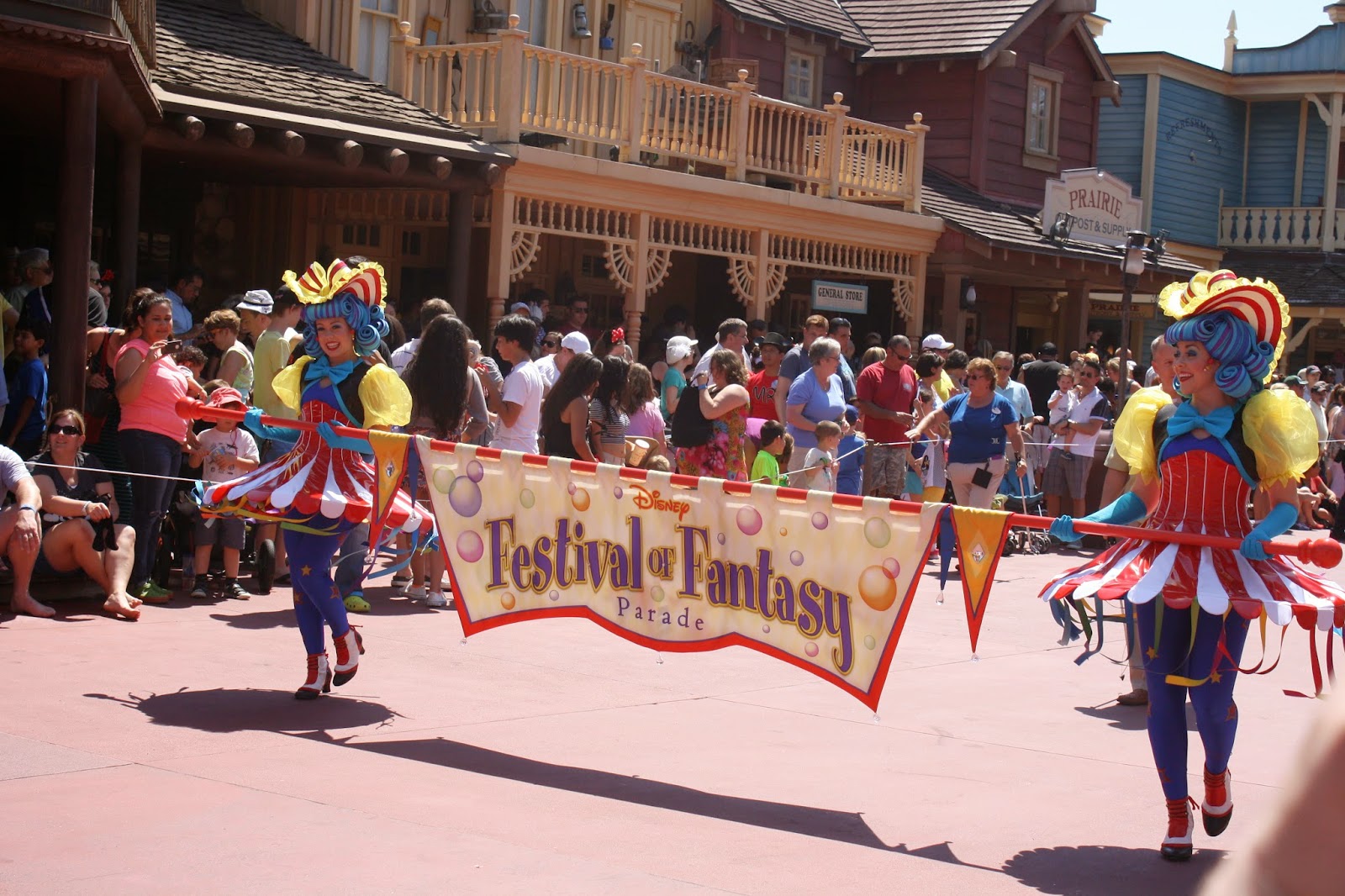 The parade was fun...but hot!  We got to see Ana and Elsa, 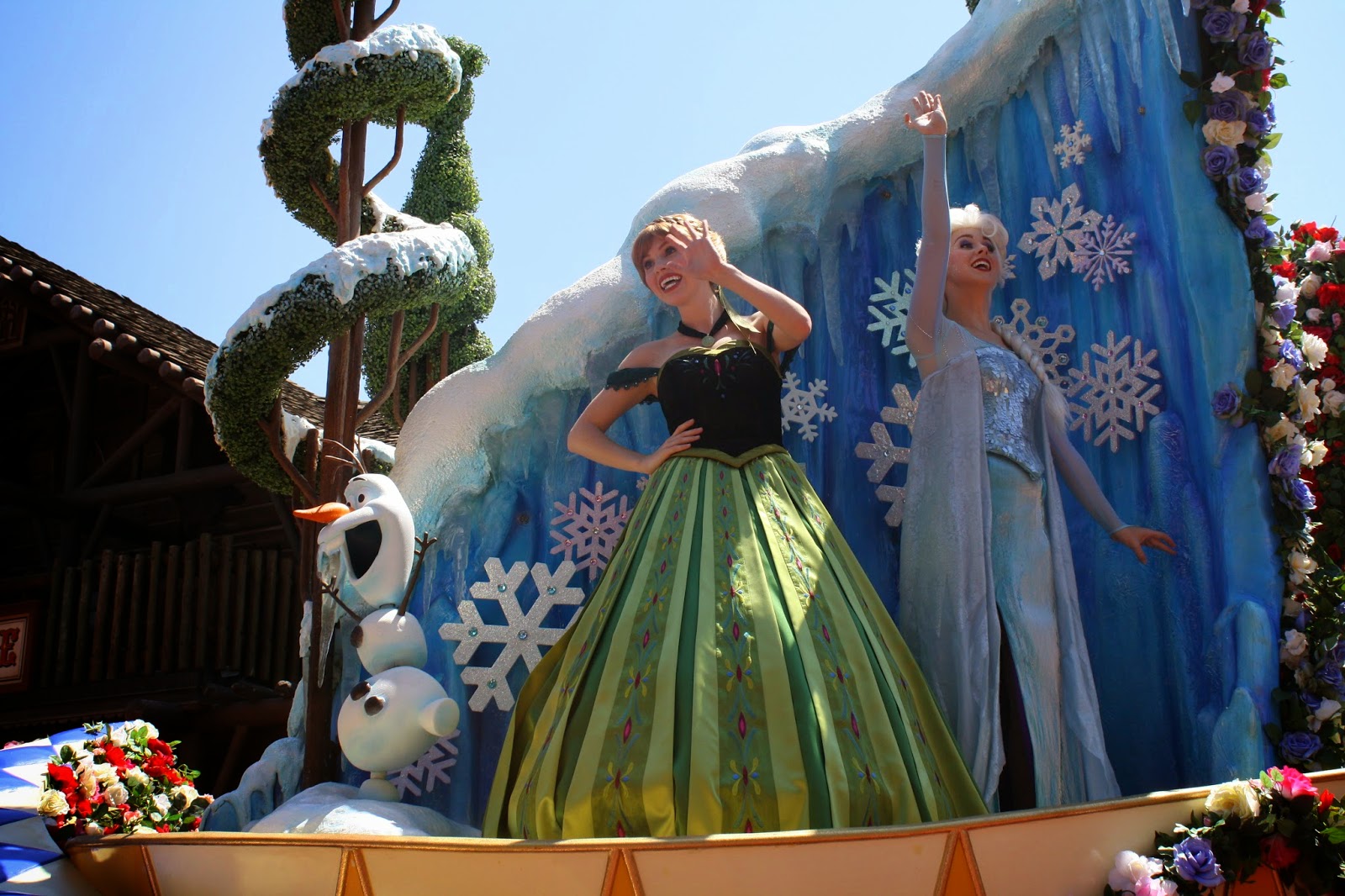 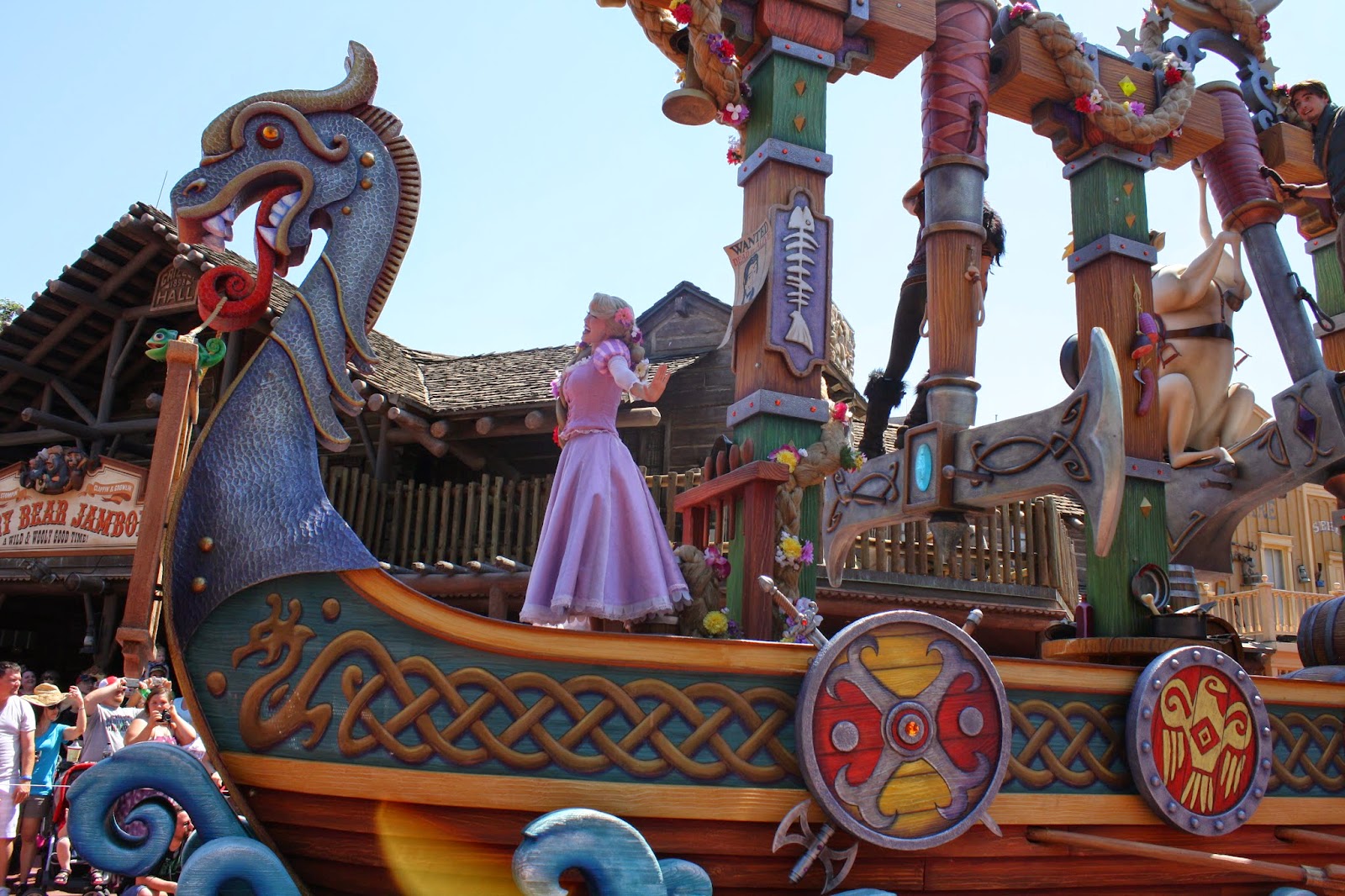 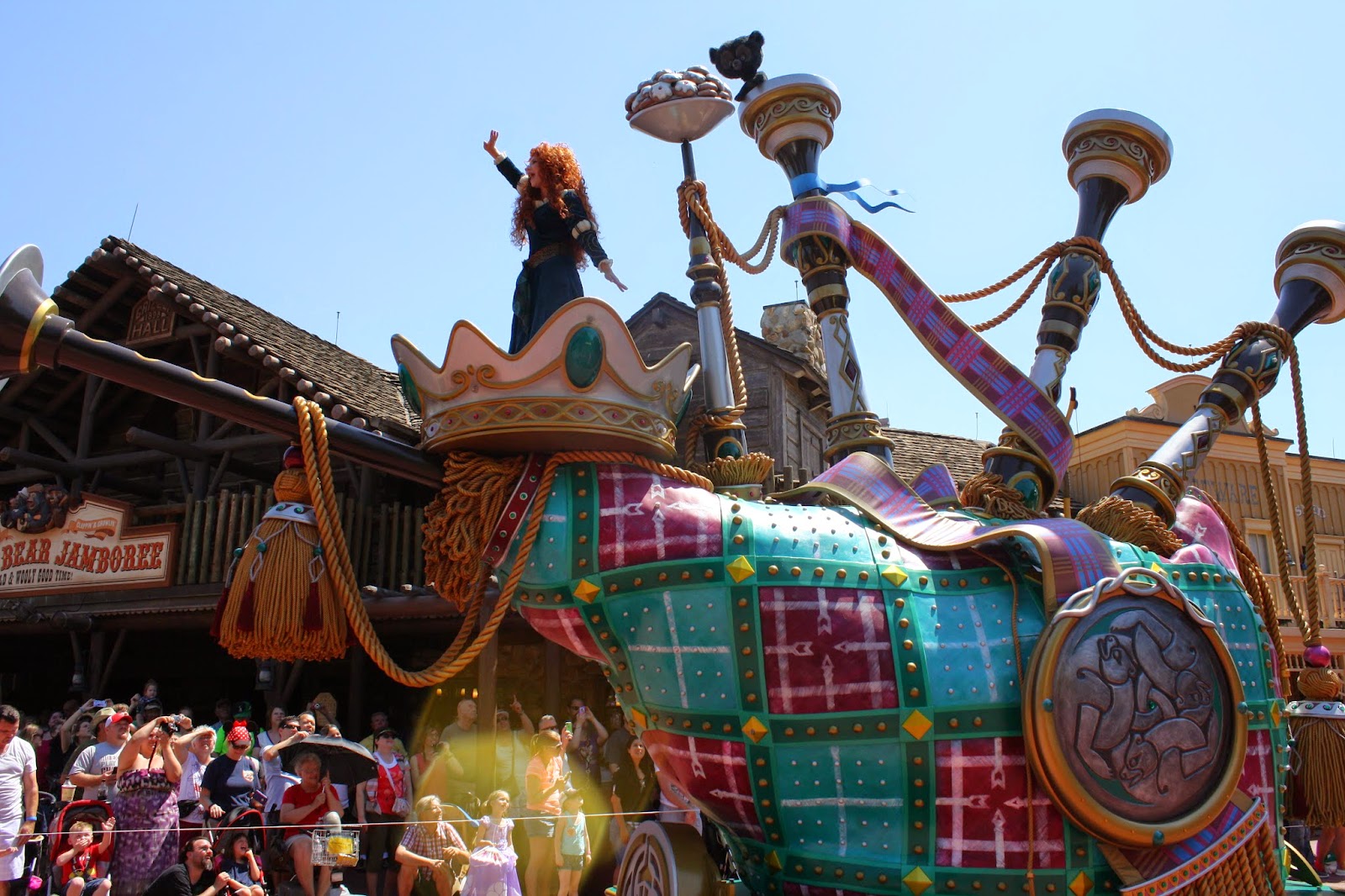 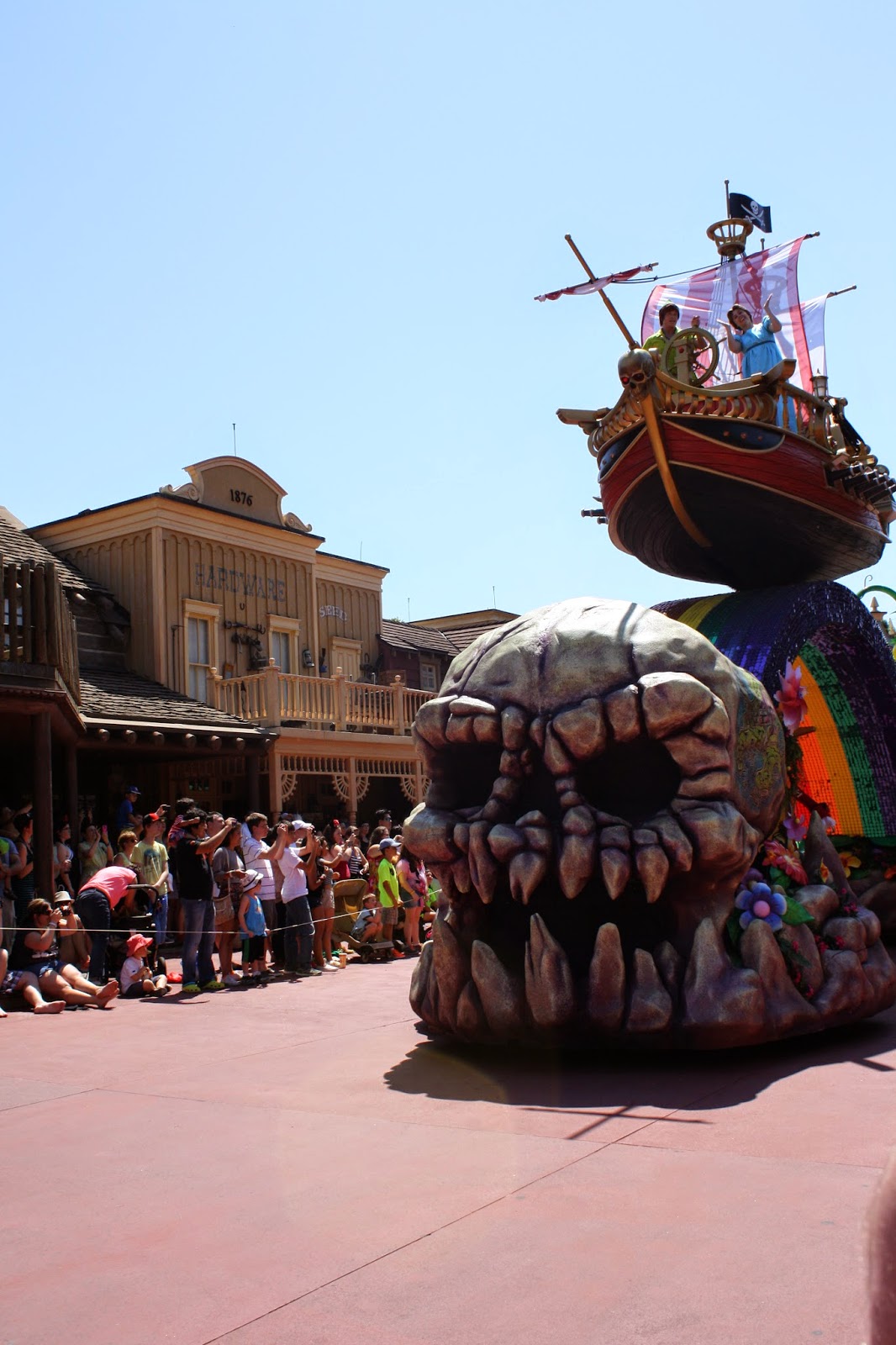 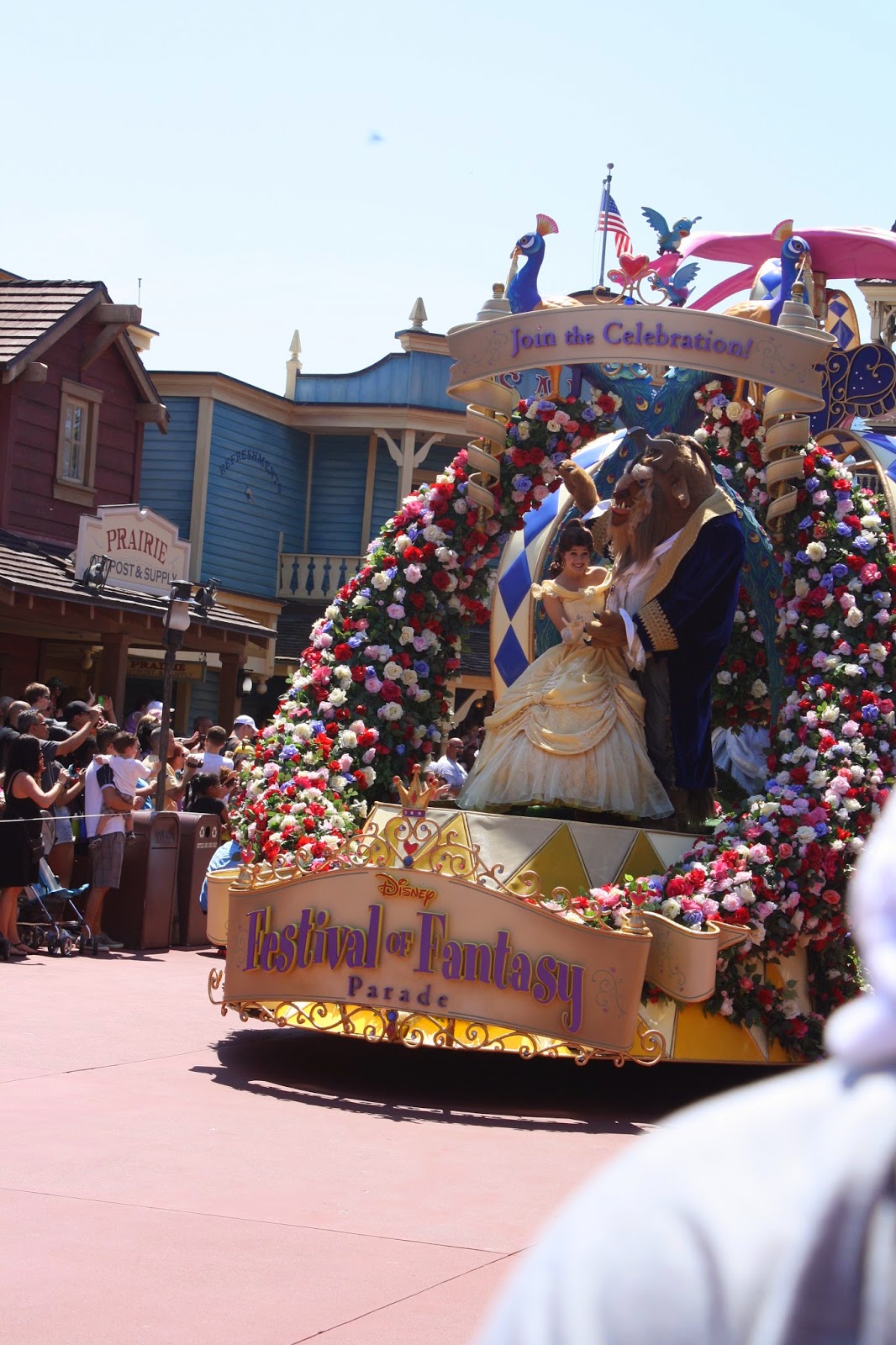 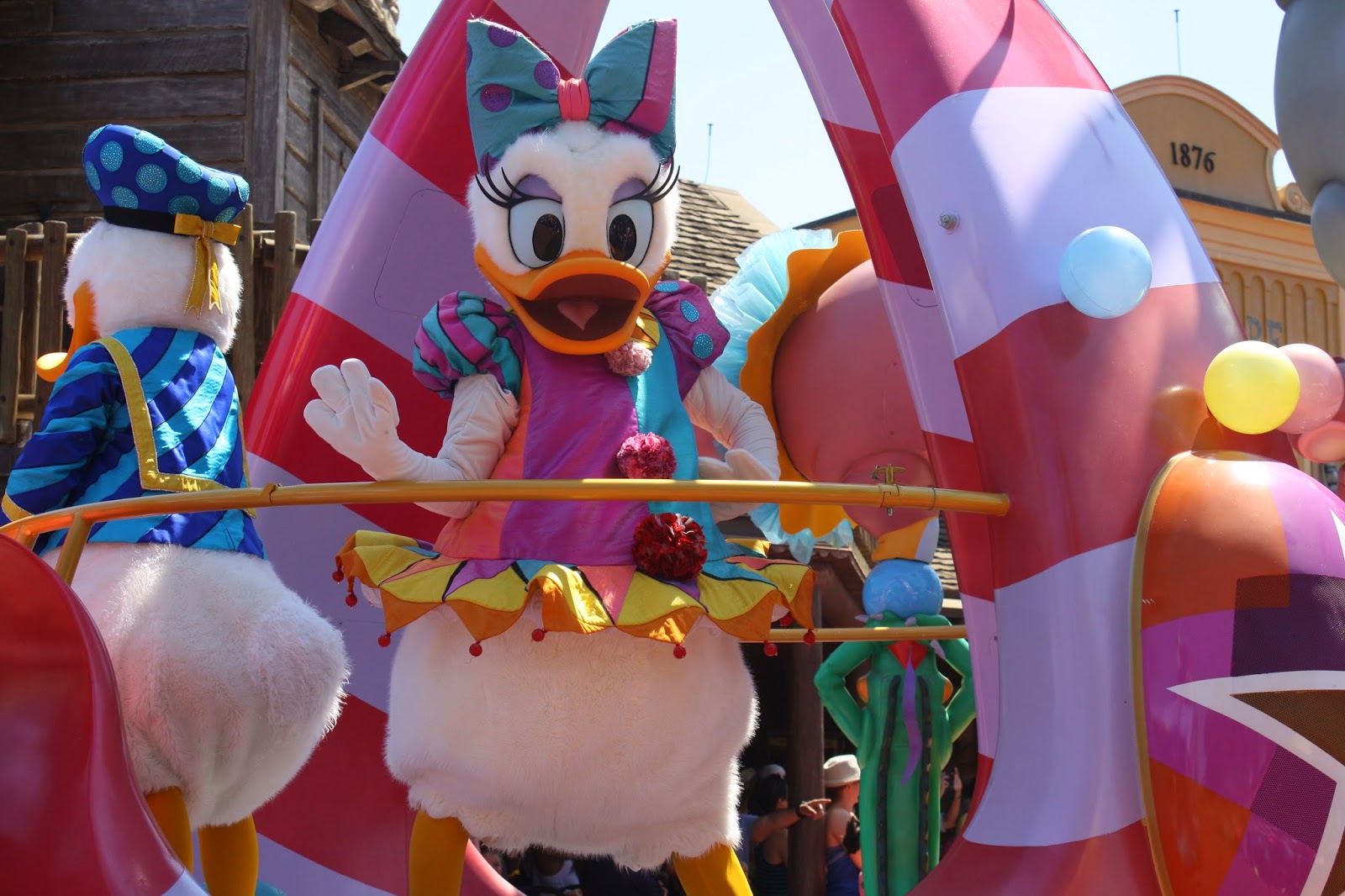 We also saw the dragon from Sleeping Beauty. 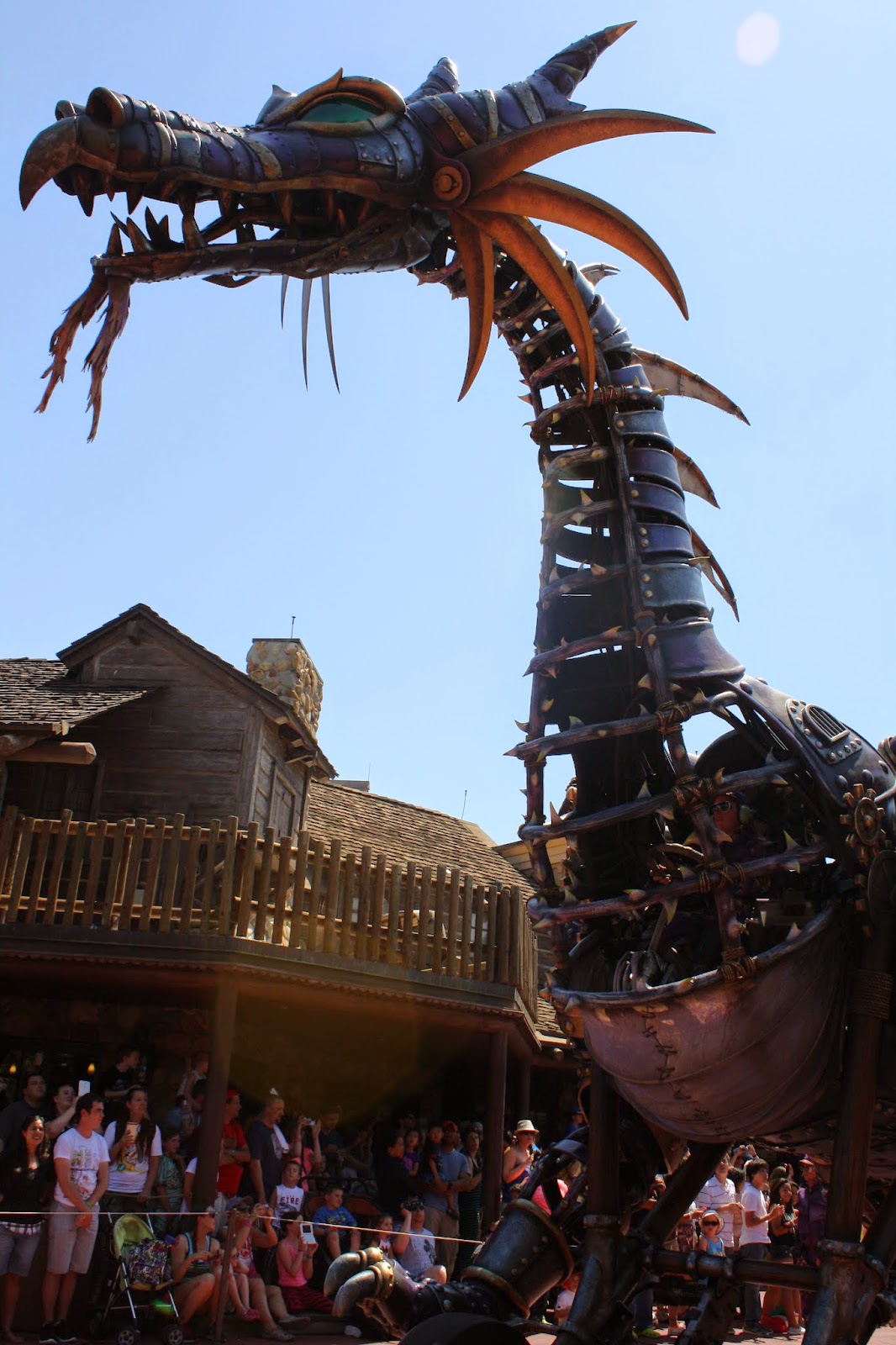 Just as it did at Disney on Ice, the dragon scared Kate a bit.  She snugged in for protection. So sweet. 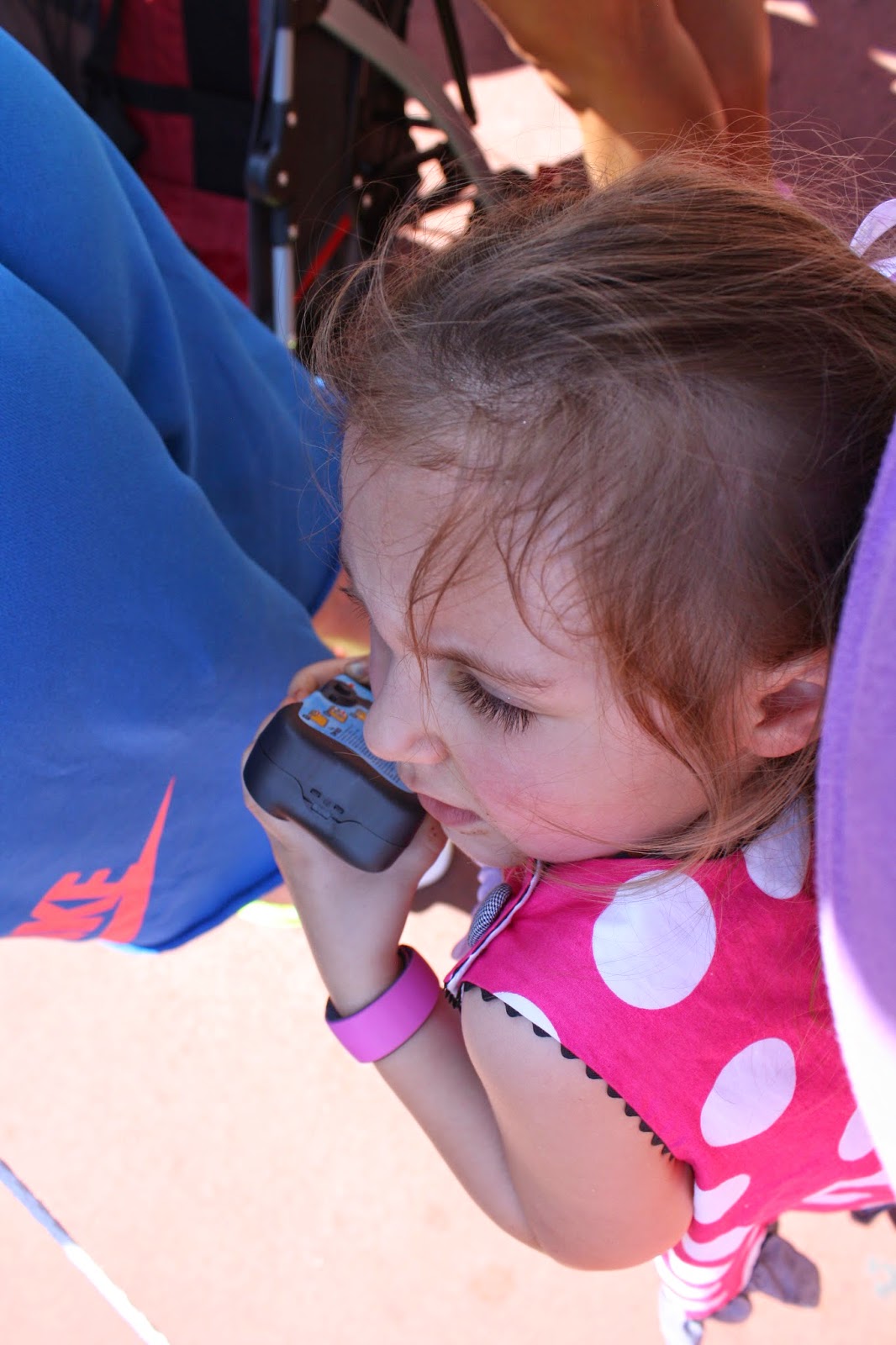 Afterwards, we went and got Kate's silhouette done.  This was my souvenir and I love it!  Now we need one for Caleb! 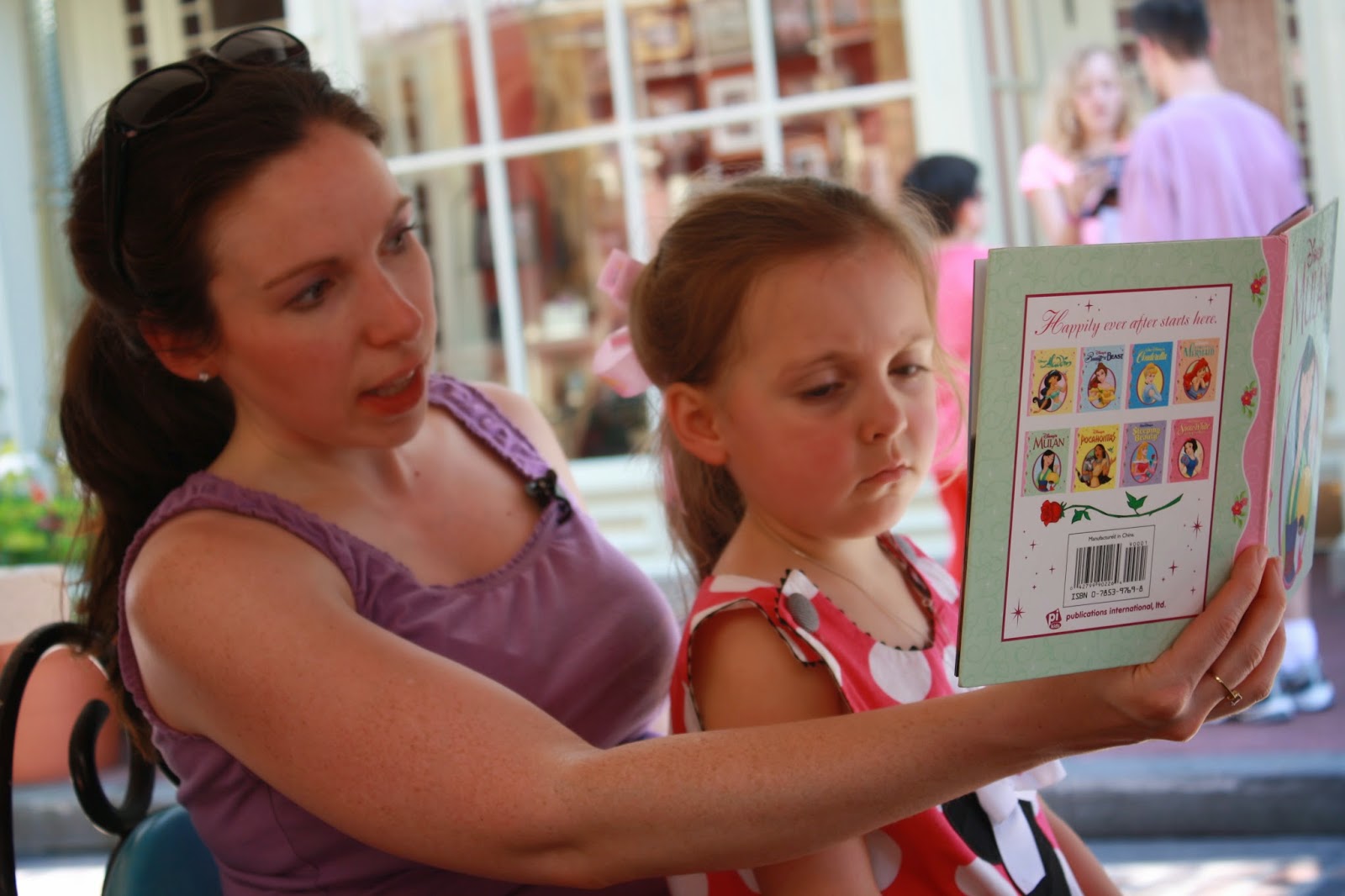 Then we met Kate-O and Ellen.  We rode the Jungle Cruise and then Haunted Mansion again.  Kate really enjoyed that.  Right before that ride, our realtor called to tell us that someone had placed an offer on the house we wanted to buy and what did we want to do.  So, while in Disneyworld, we made an offer on a house, all while we had NO ONE show at our open house.  Two days later we had purchased our house.  Crazy week! 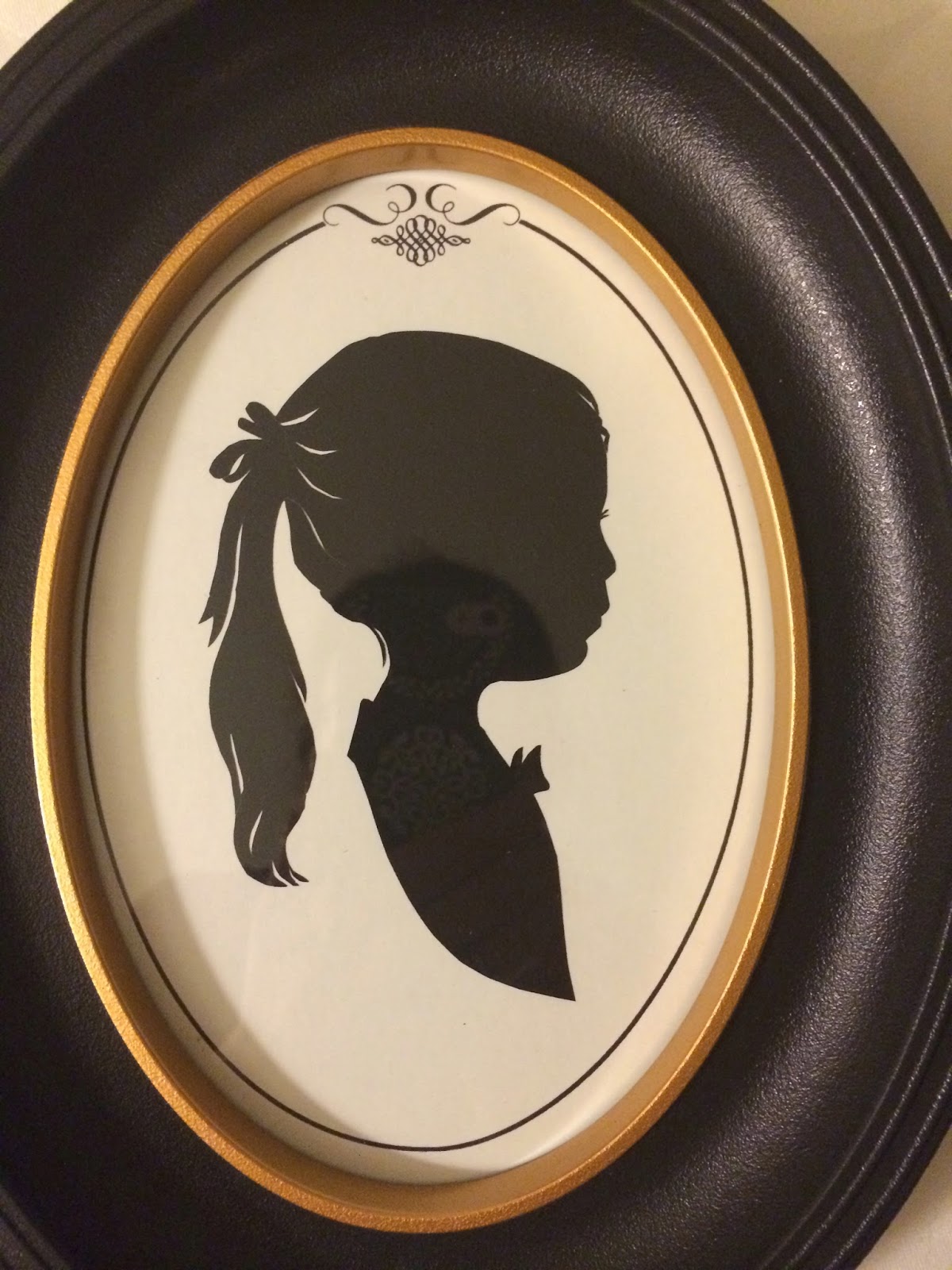 Anyway, after that Kate and Grammy and Kate-O headed to Chef Mickey's.  David and I bowed out from this one for a dinner alone.  We ended up at the 50's diner in MGM.  It was some of the better food we had all week - I got veggie lasagna and David had meatloaf and milk shake. Later, we returned to Magic kingdom and rode Splash Mountain.  I had asked my OB if I could ride it.  She said yes.  I got a little nervous but David said I had to.  It was so fun!!  Then we head back to the hotel...I got there just in time to get my cookie.  Yum! 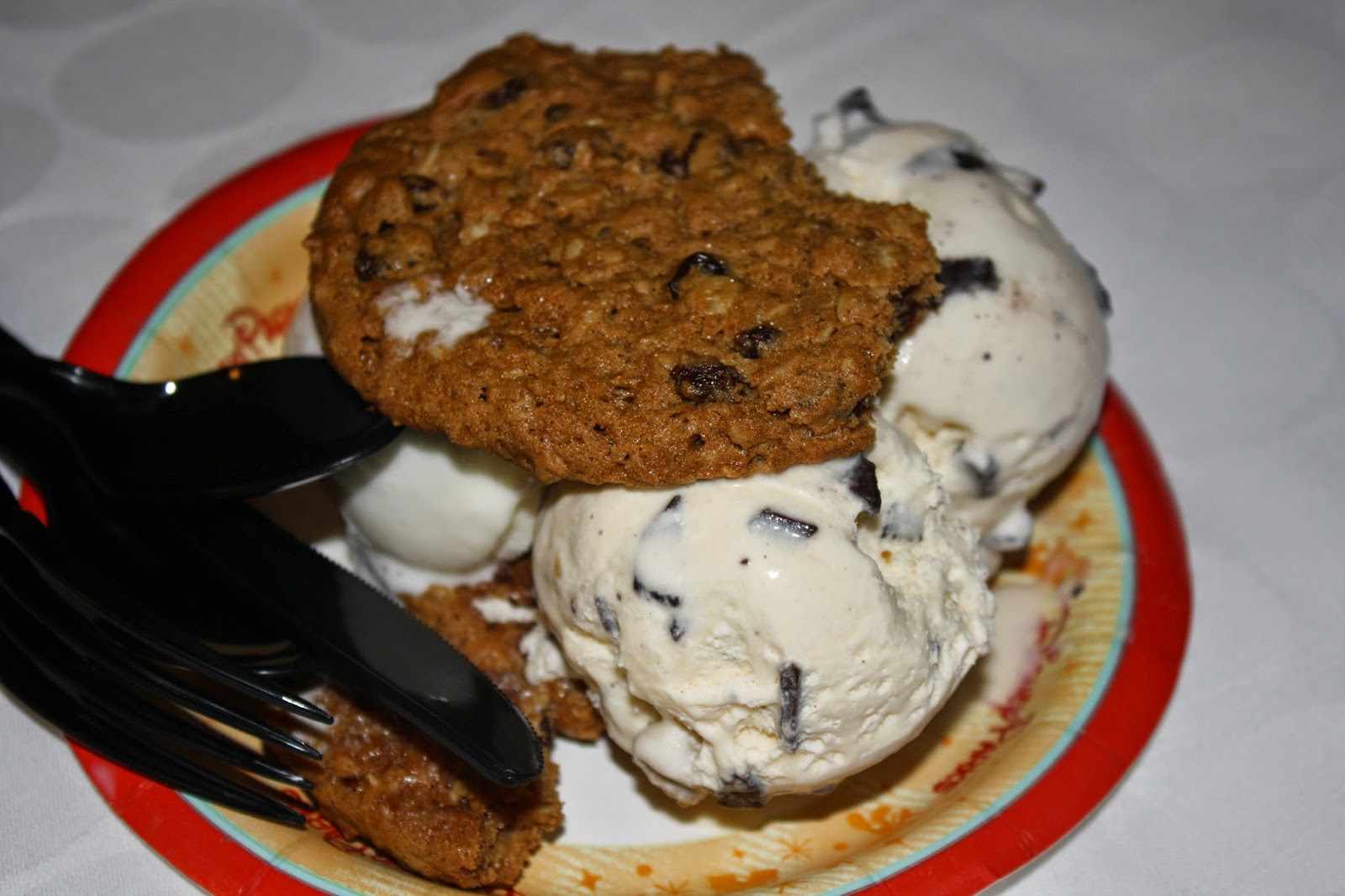 What a great weekend we had at Disneyworld.  I know Kate LOVED it and we had a great time with everyone.  We are so thankful for Grammy and Granddaddy's generosity in taking us on this trip.  A great family vacation that we will always remember!