Well, the rain from day 1 continued most of day 2 but that didn't stop us.  We got up and headed to Animal Kingdom.  Due to the rain, we started at the bug show, then waited for Mickey and Minnie. 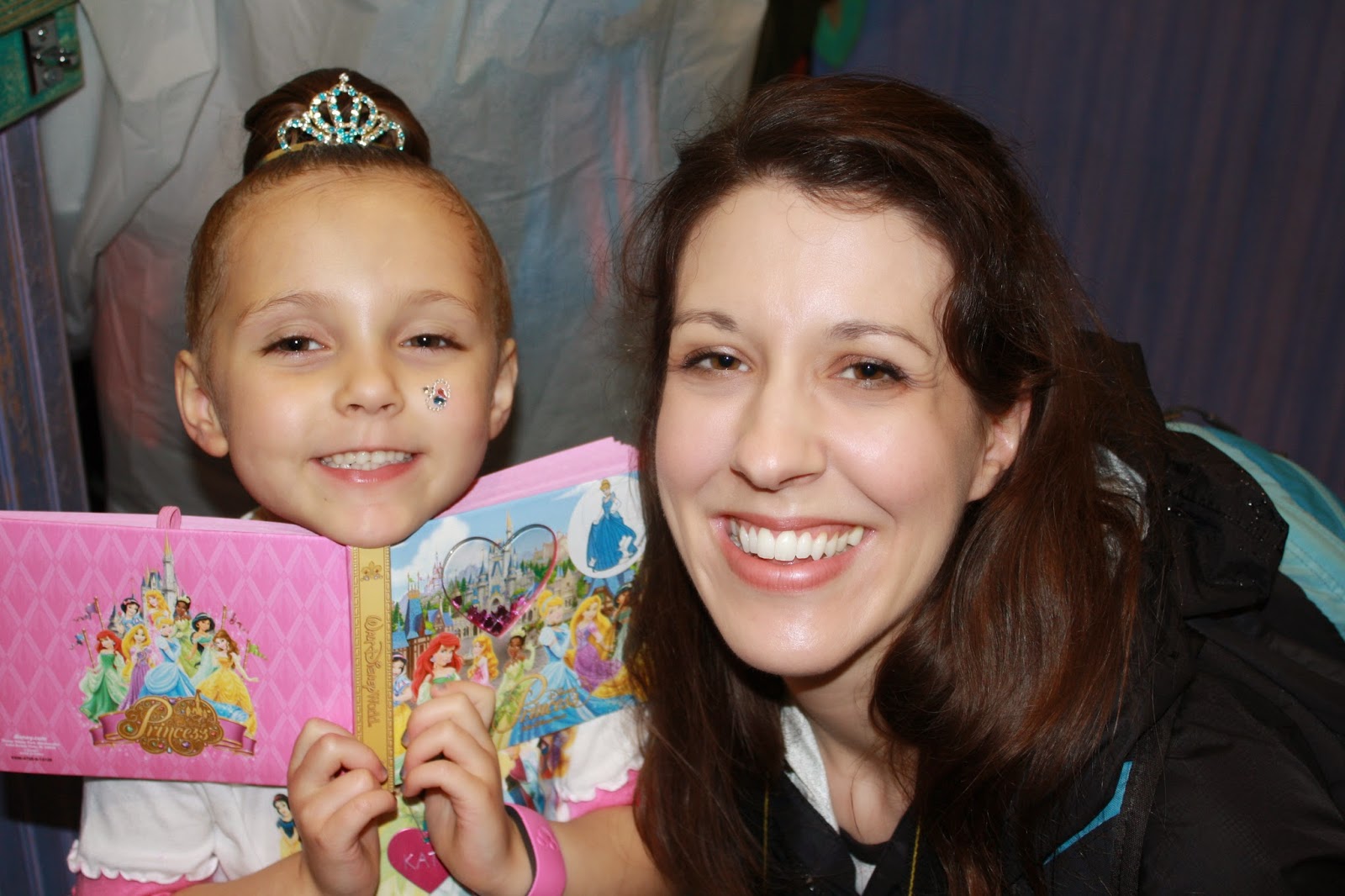 Safari Mickey and Minnie were thrilled to see Kate. 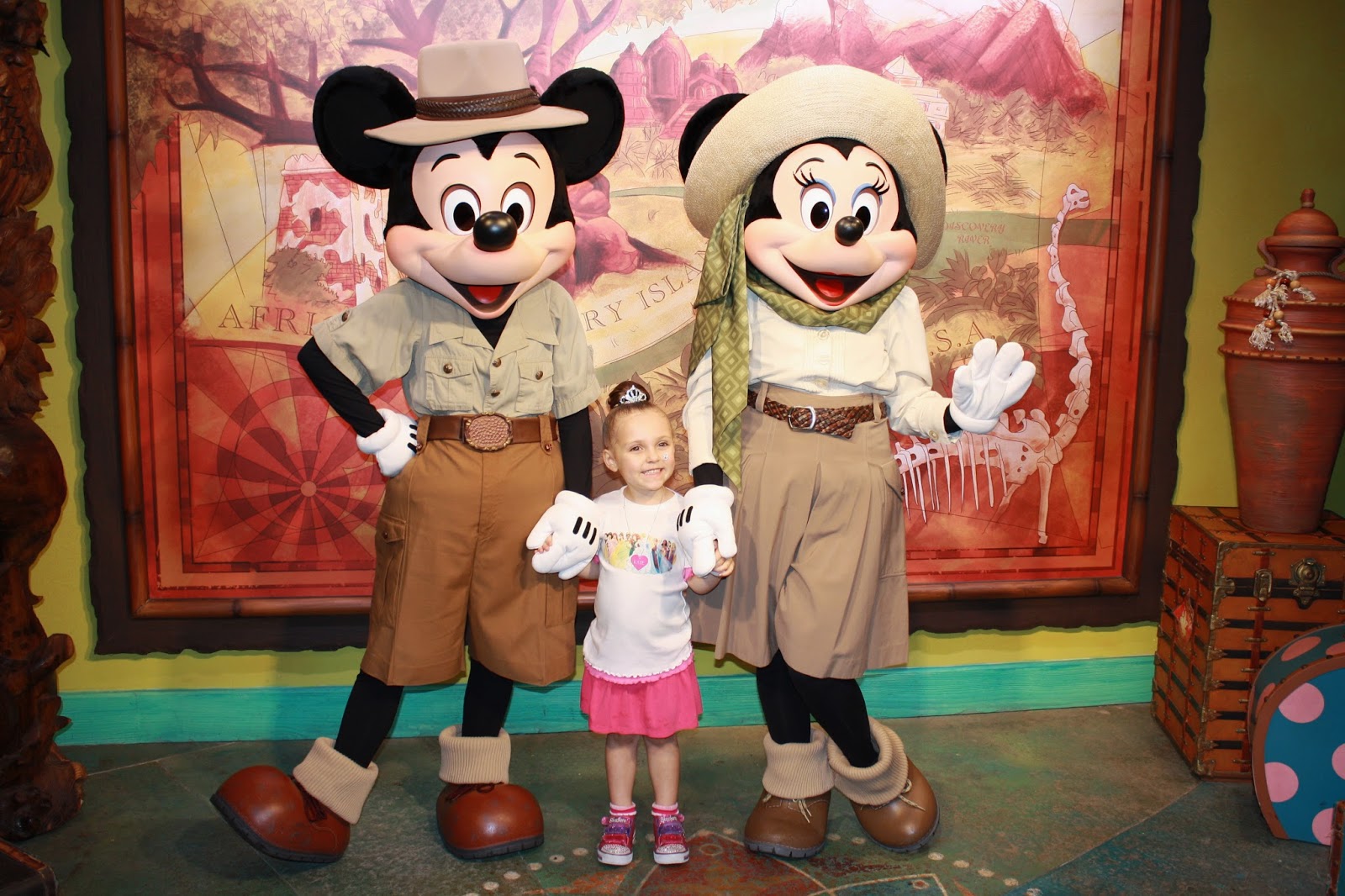 Then she and Daddy and Kate-O rose Kali River Rapids.  I sat this out with Ellen and Jim due to being 19 weeks pregnant.  However, after the ride, we decided it was okay for me to ride (!) and we went back later on all together. 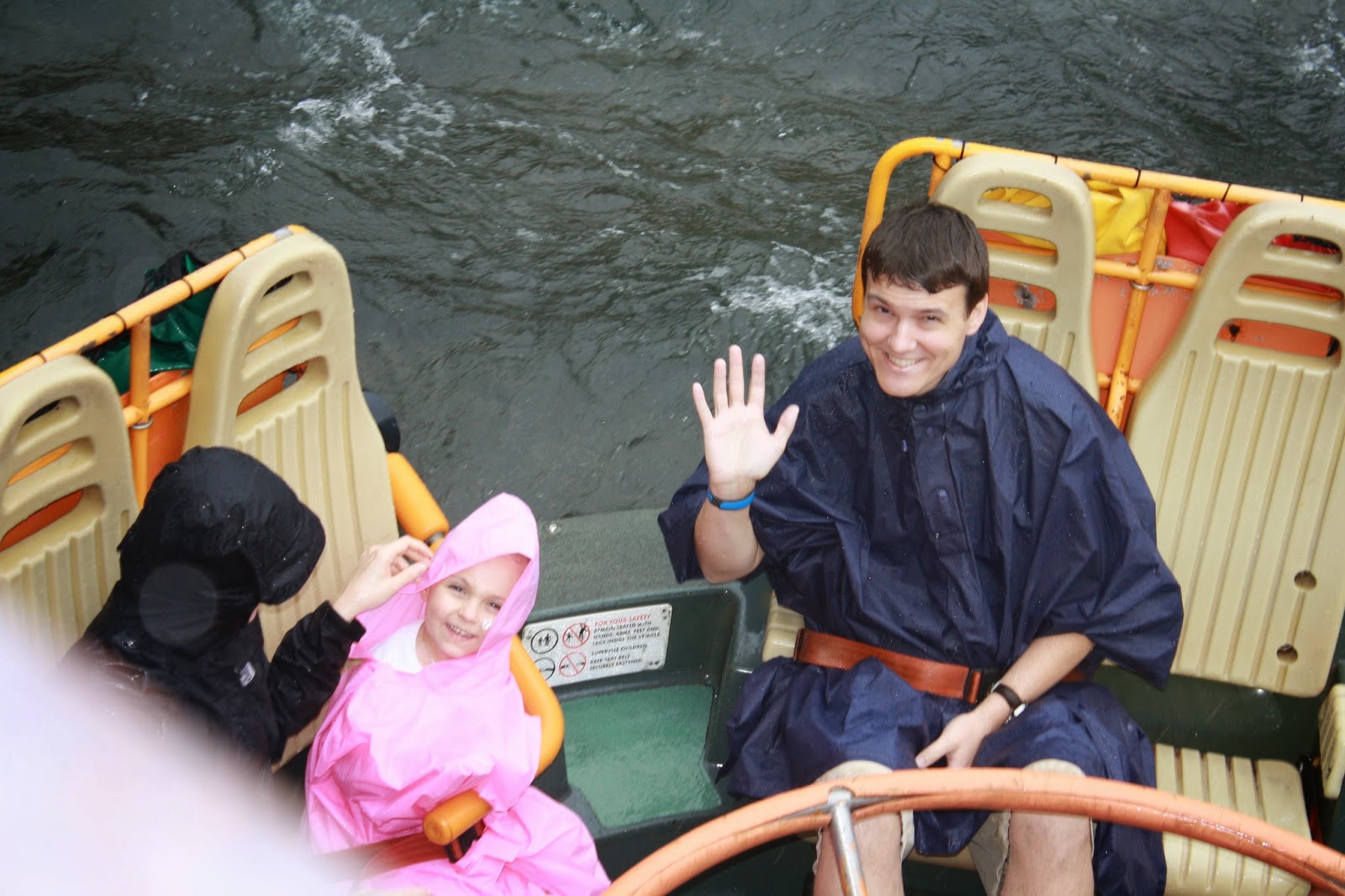 Lots of fun!  Then we walked around some, David and Kate-O rode Mt. Everest while the rest of us watched a fun bird show. 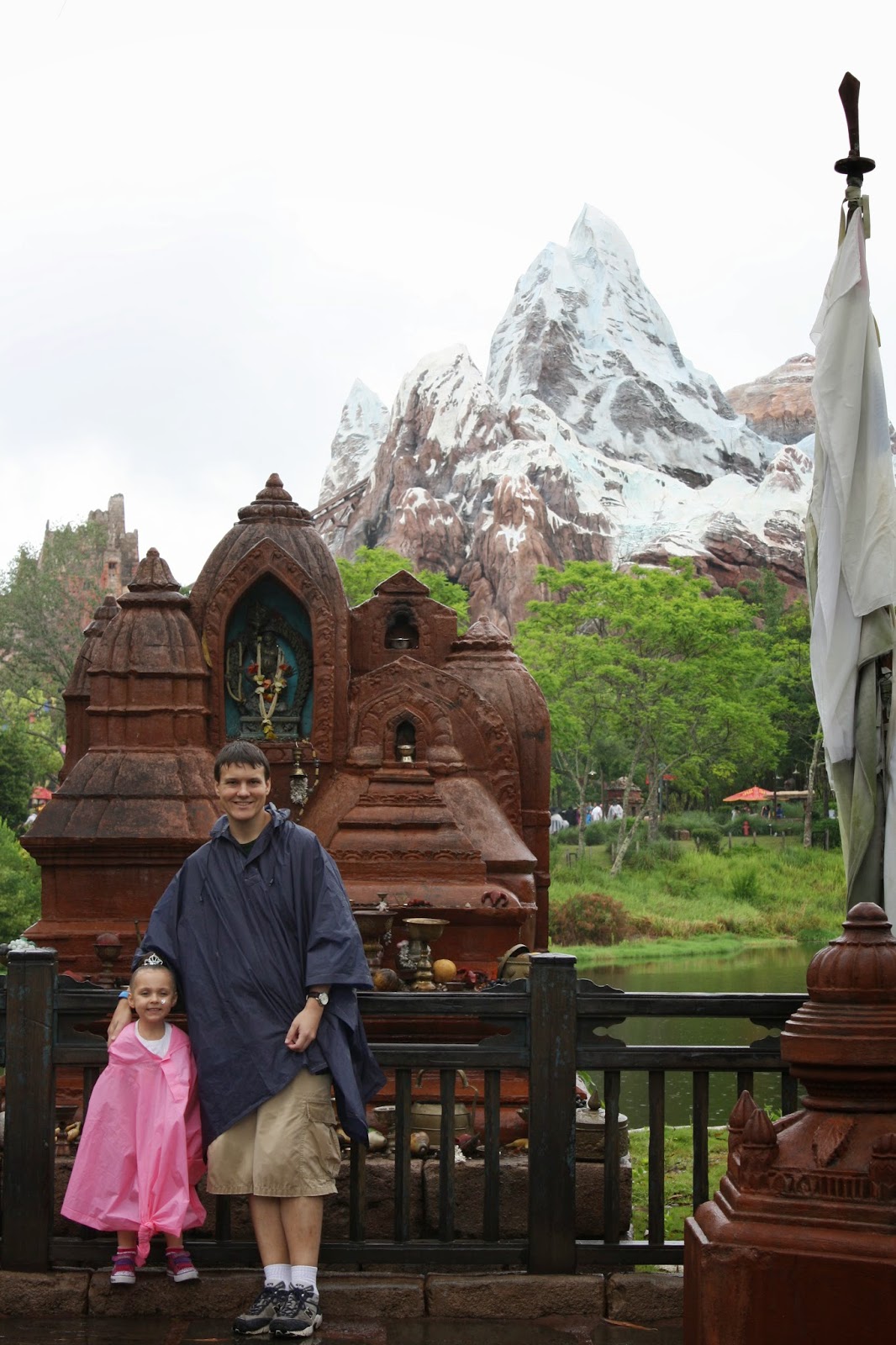 We had reservations at Donald's Tusker House.  While we waited to be called, Kate and Granddaddy practiced their roars. 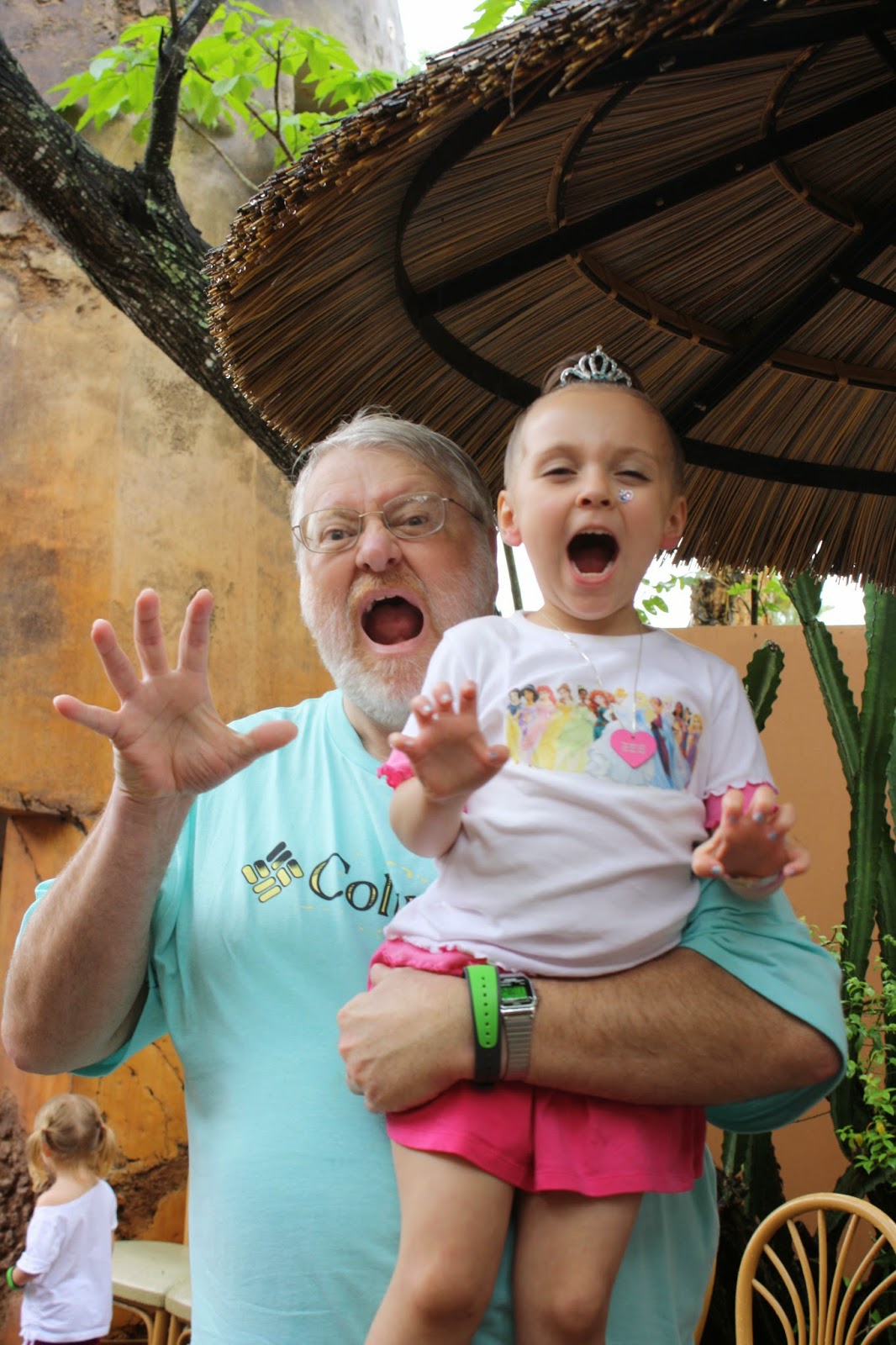 It was fun because the buffet (as most of the character meals were) was Indian and African cuisine.  I enjoyed this one a lot. 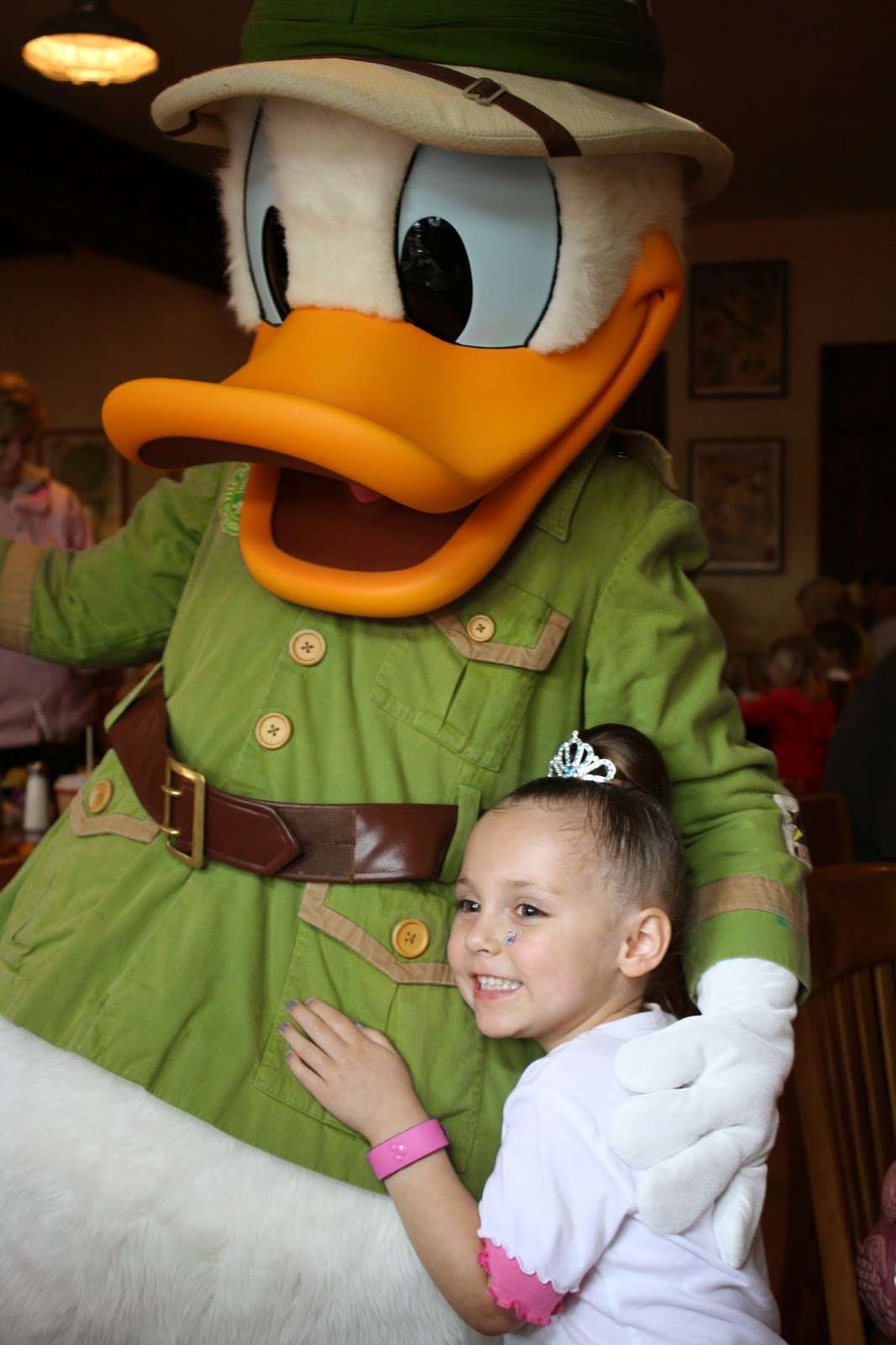 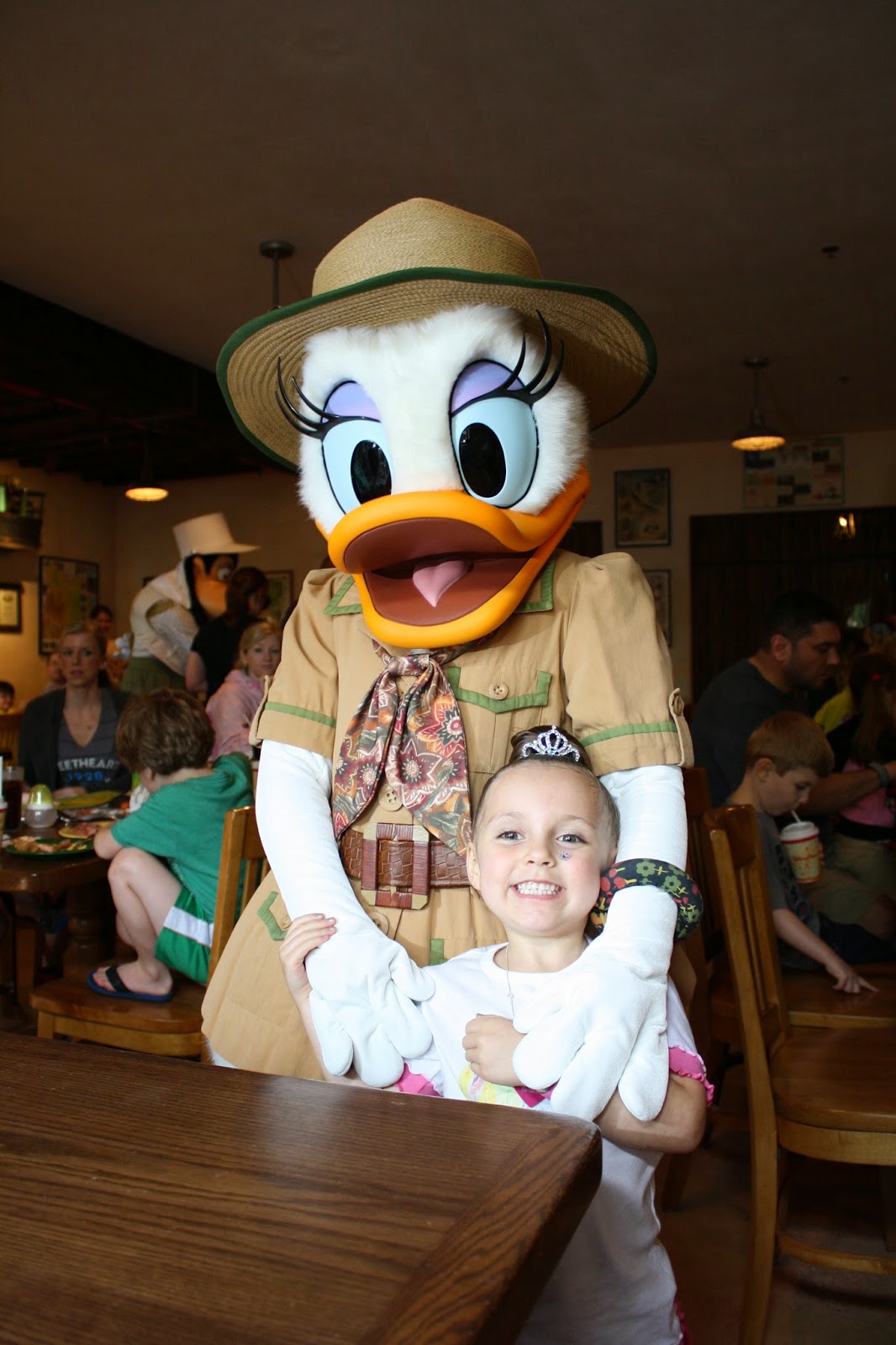 Mickey, and Goofy.  She even took part in a musical parade.  Afterwards, we went on a safari 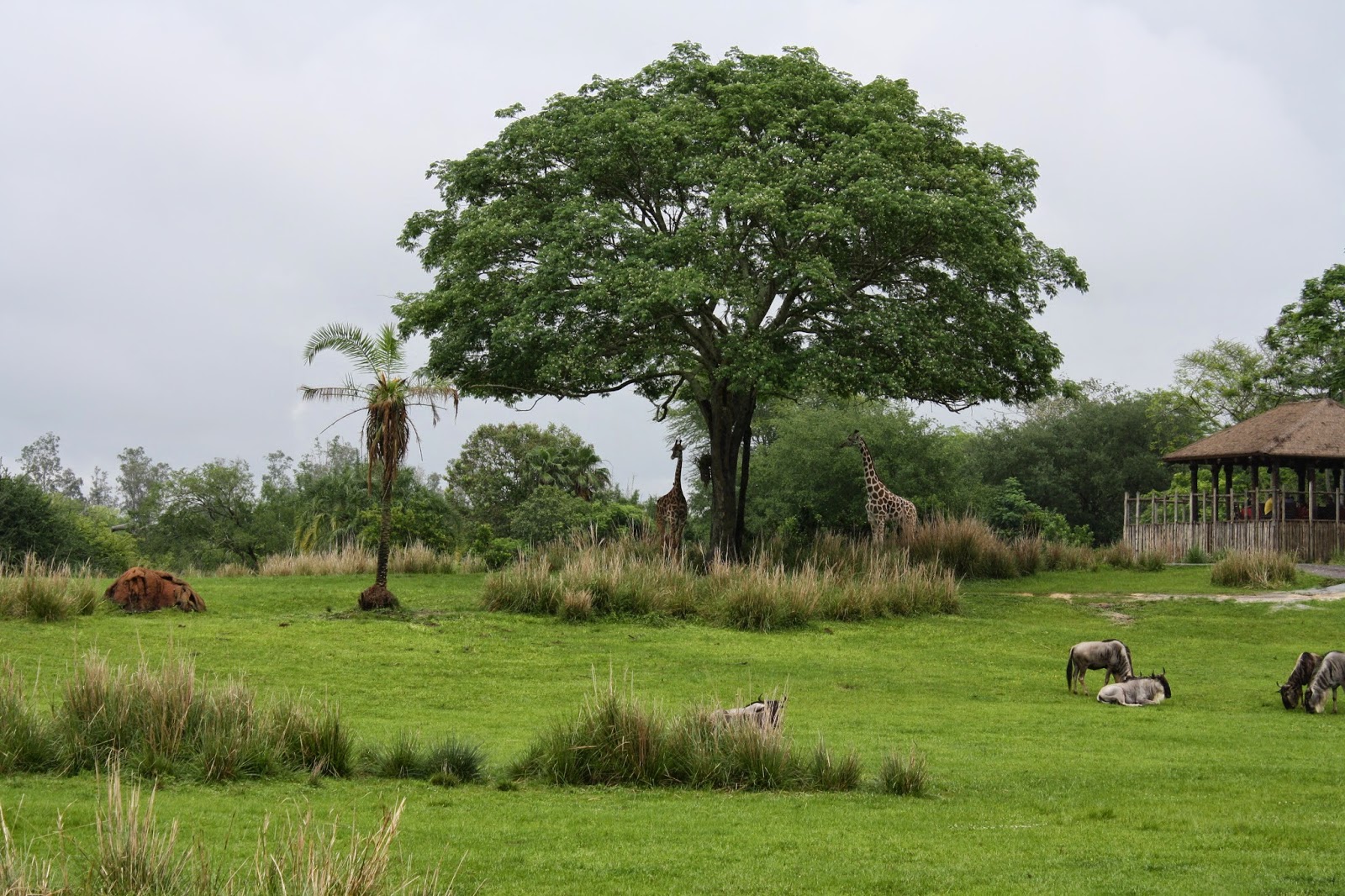 and through a rainforest where I was eaten by a fossil. 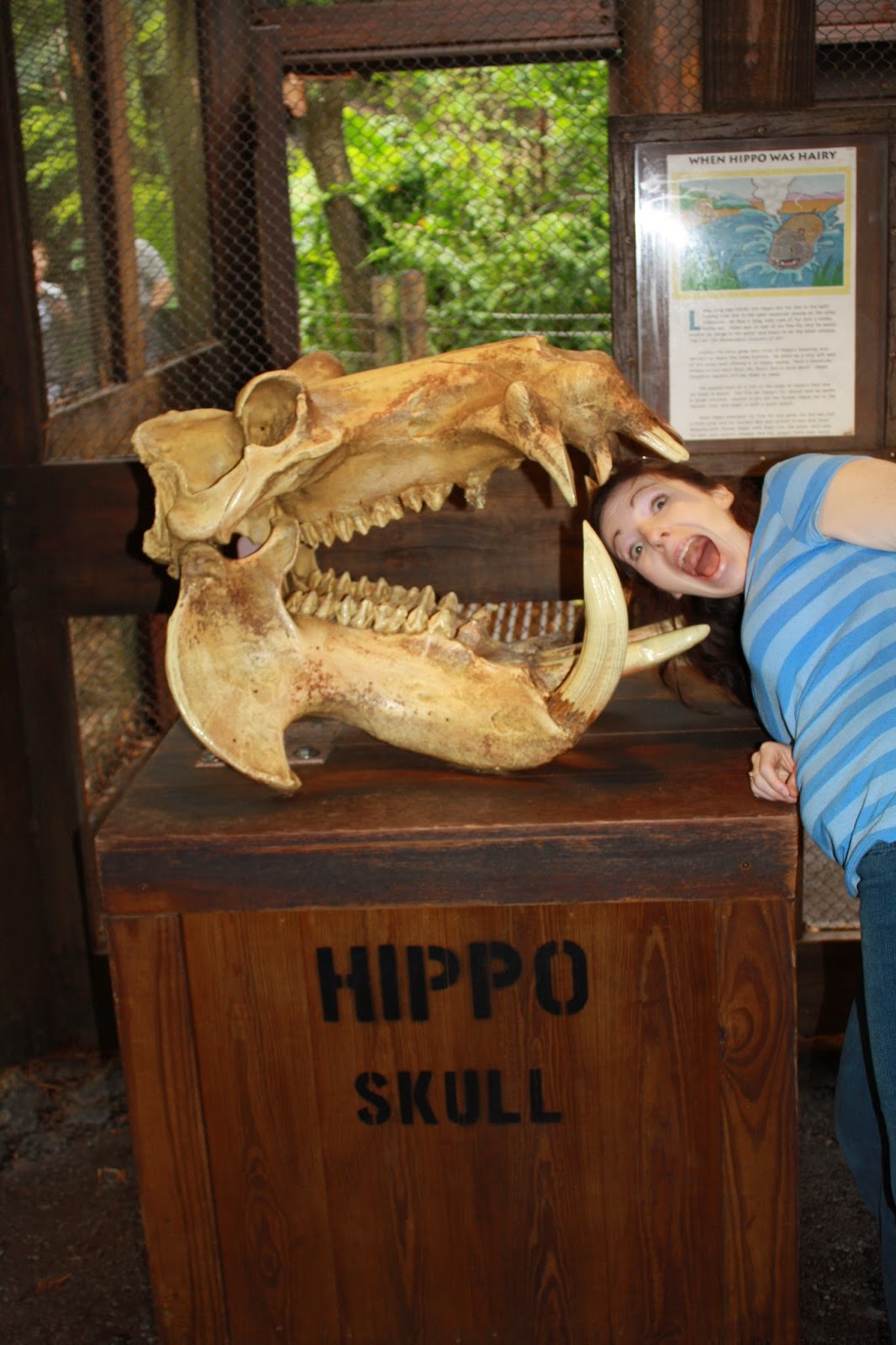 Kate got to play a traditional African game, which I played as a child as well. 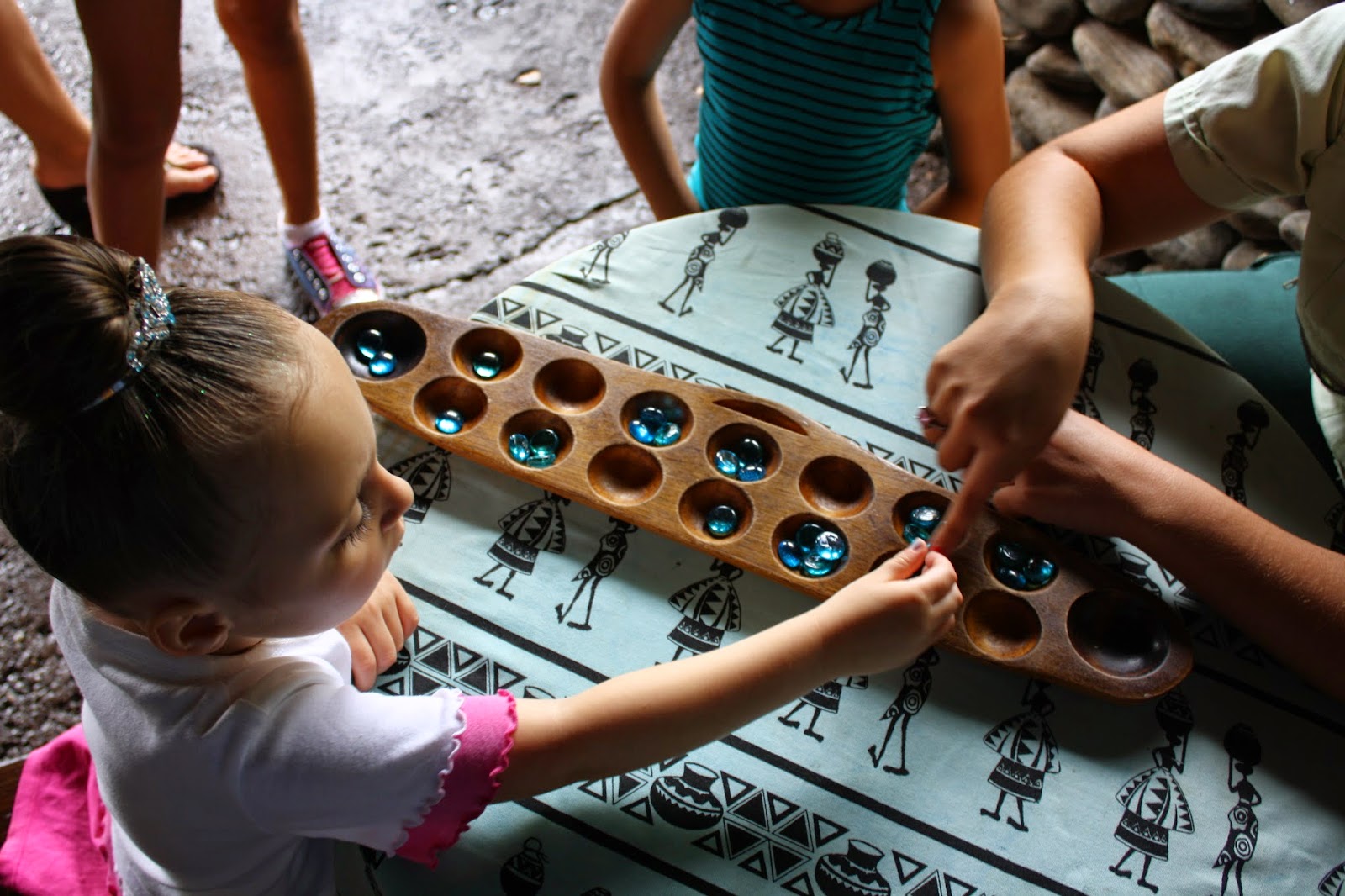 Our next fast pass was for Finding Nemo.  Kate fell asleep inside but only napped for about 20 minutes. 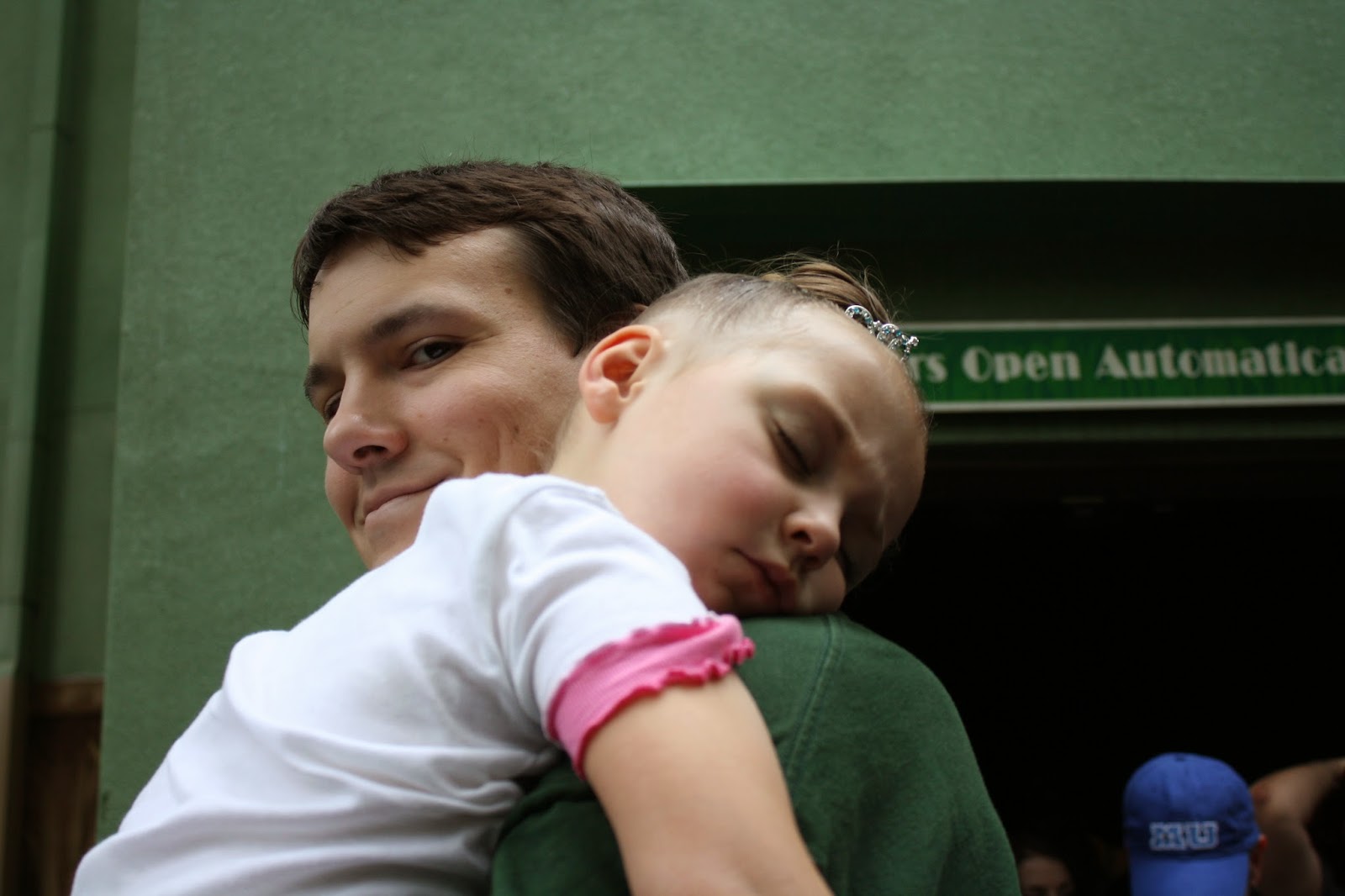 We did a few more kiddie rides before heading to the front to find Pocahontas (and she and Kate became FAST friends!). 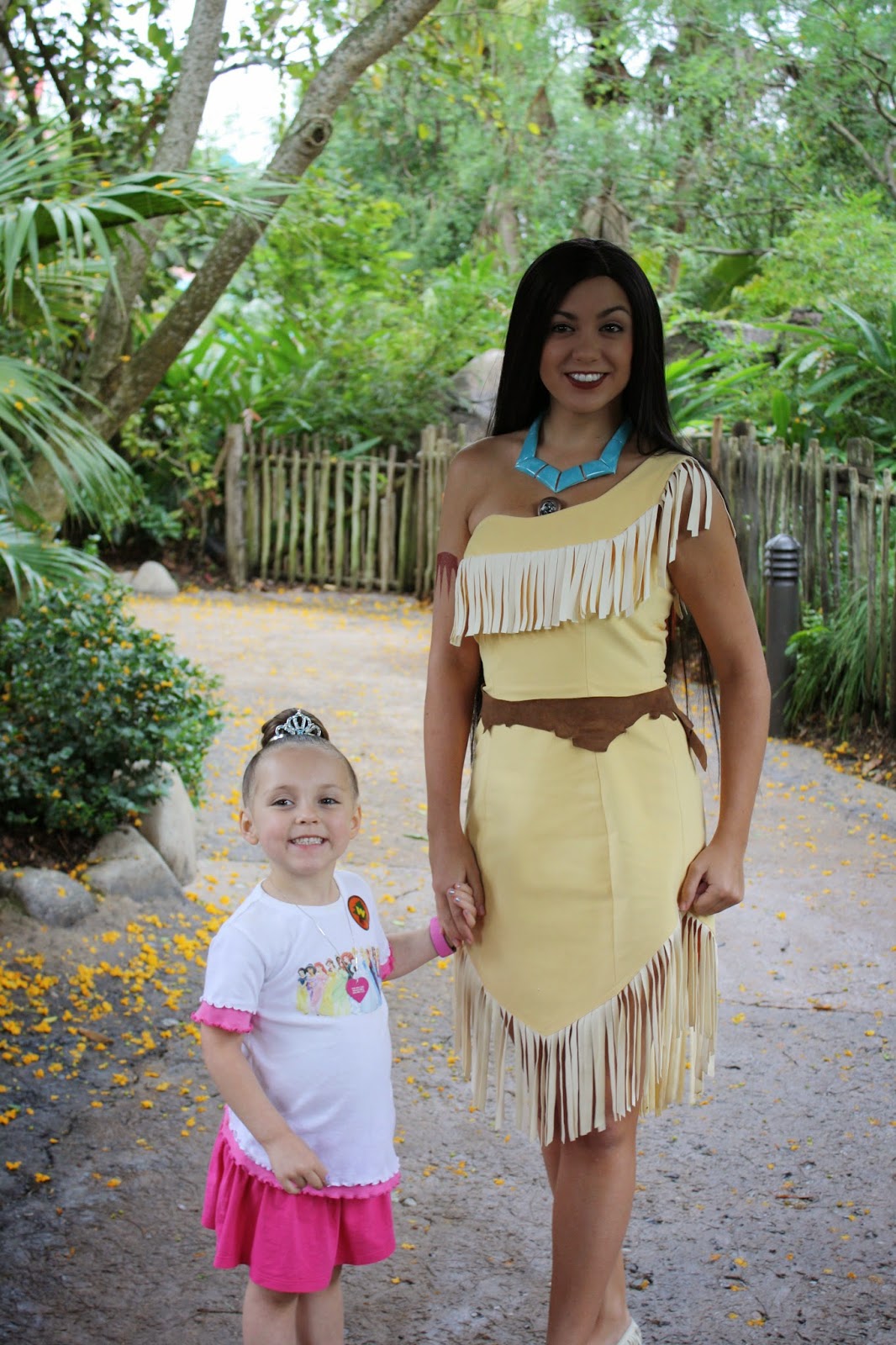 While waiting for her, we found another Kato!!! 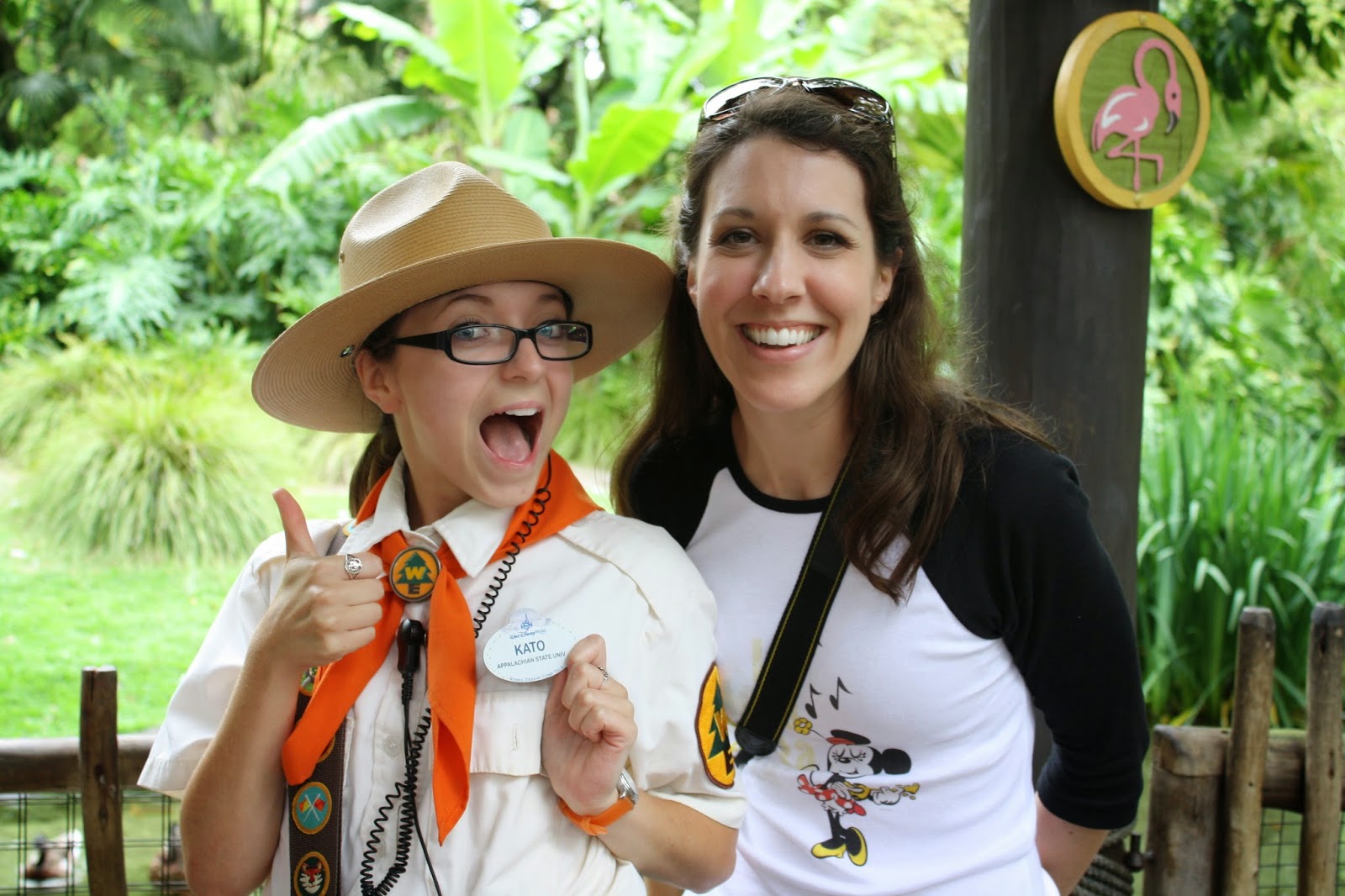 Kate also learned about flamingos - this is how they sleep! 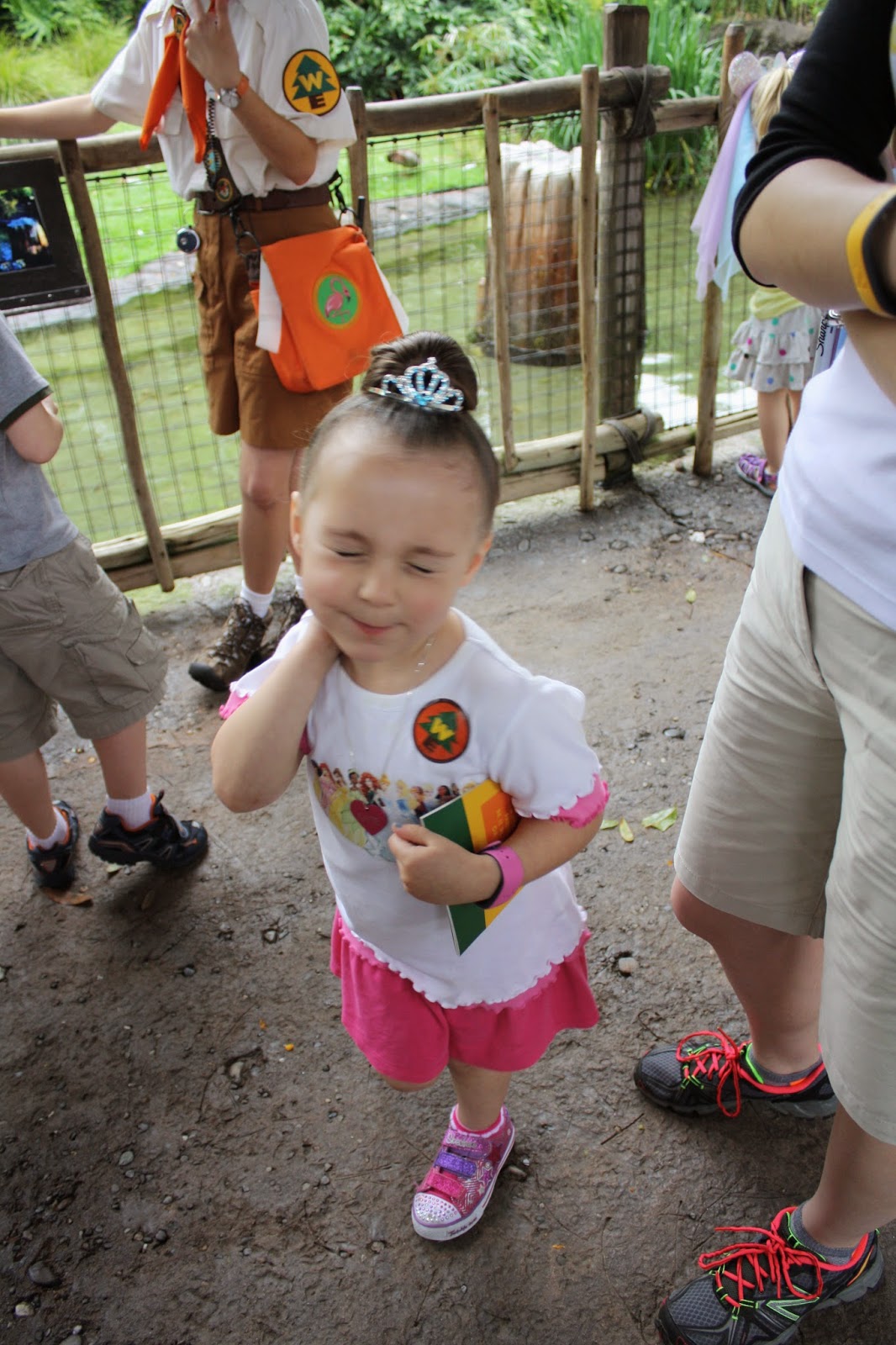 Then it was off to our Character dinner where we got to meet Cinderella, 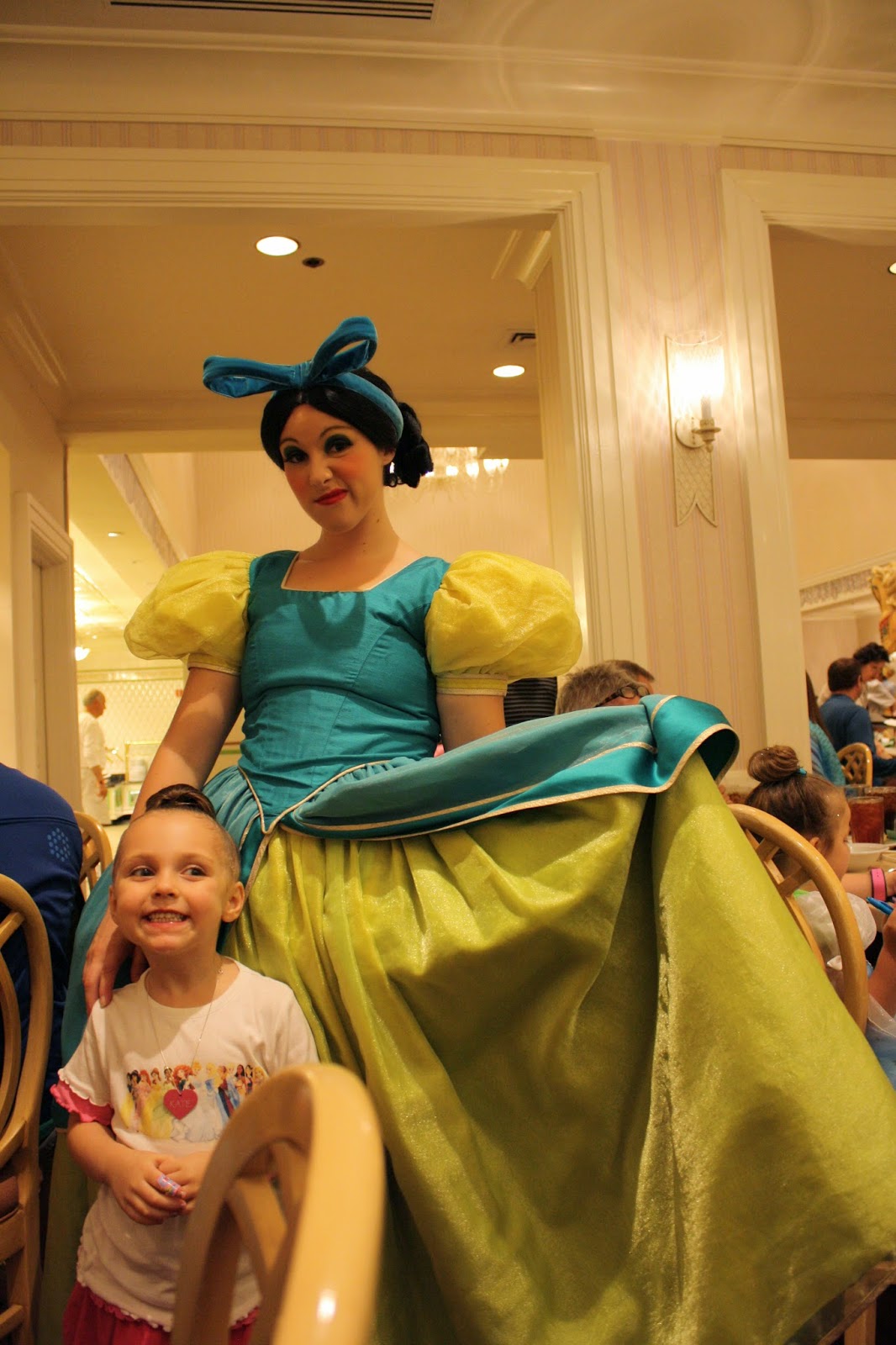 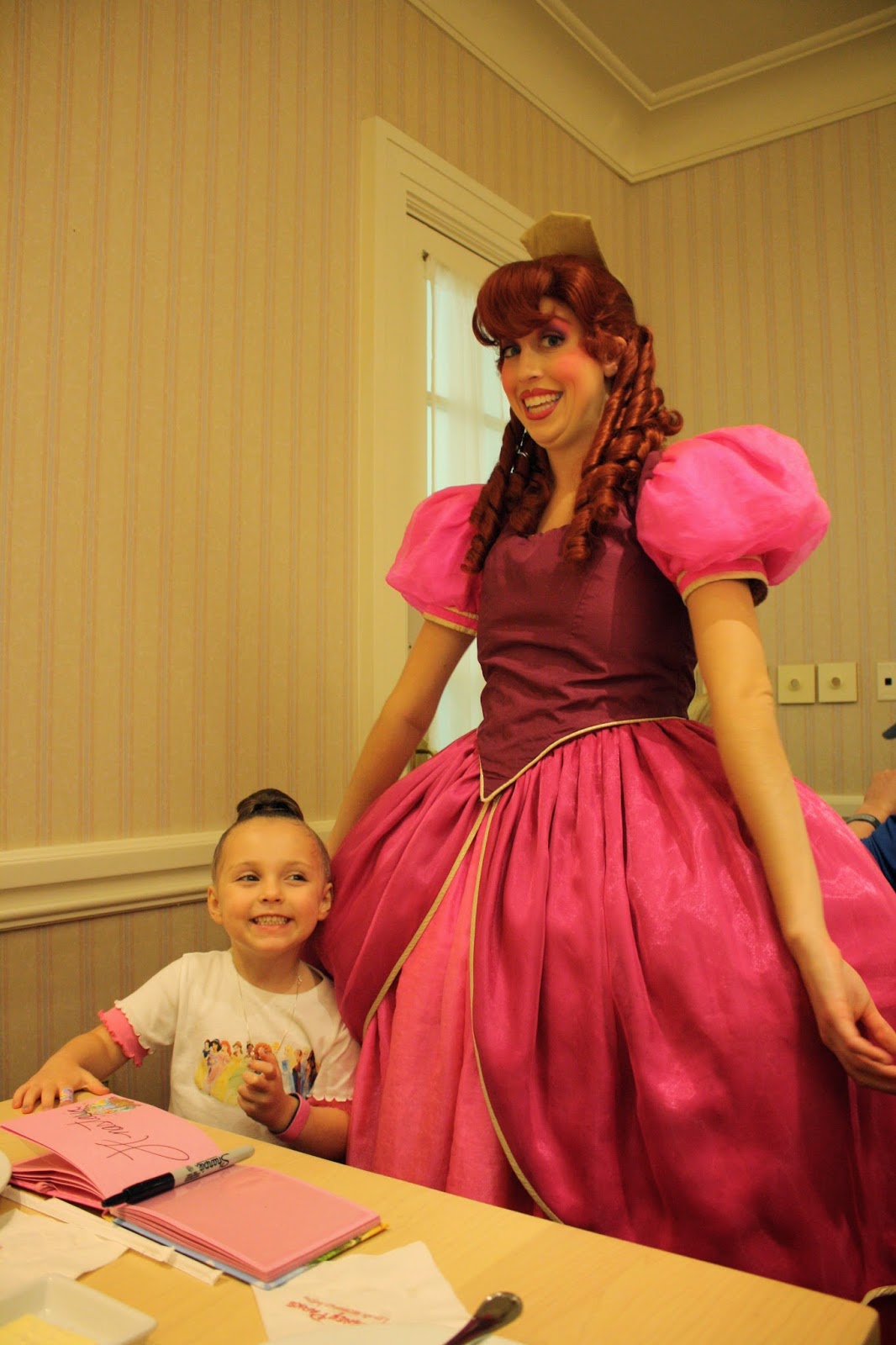 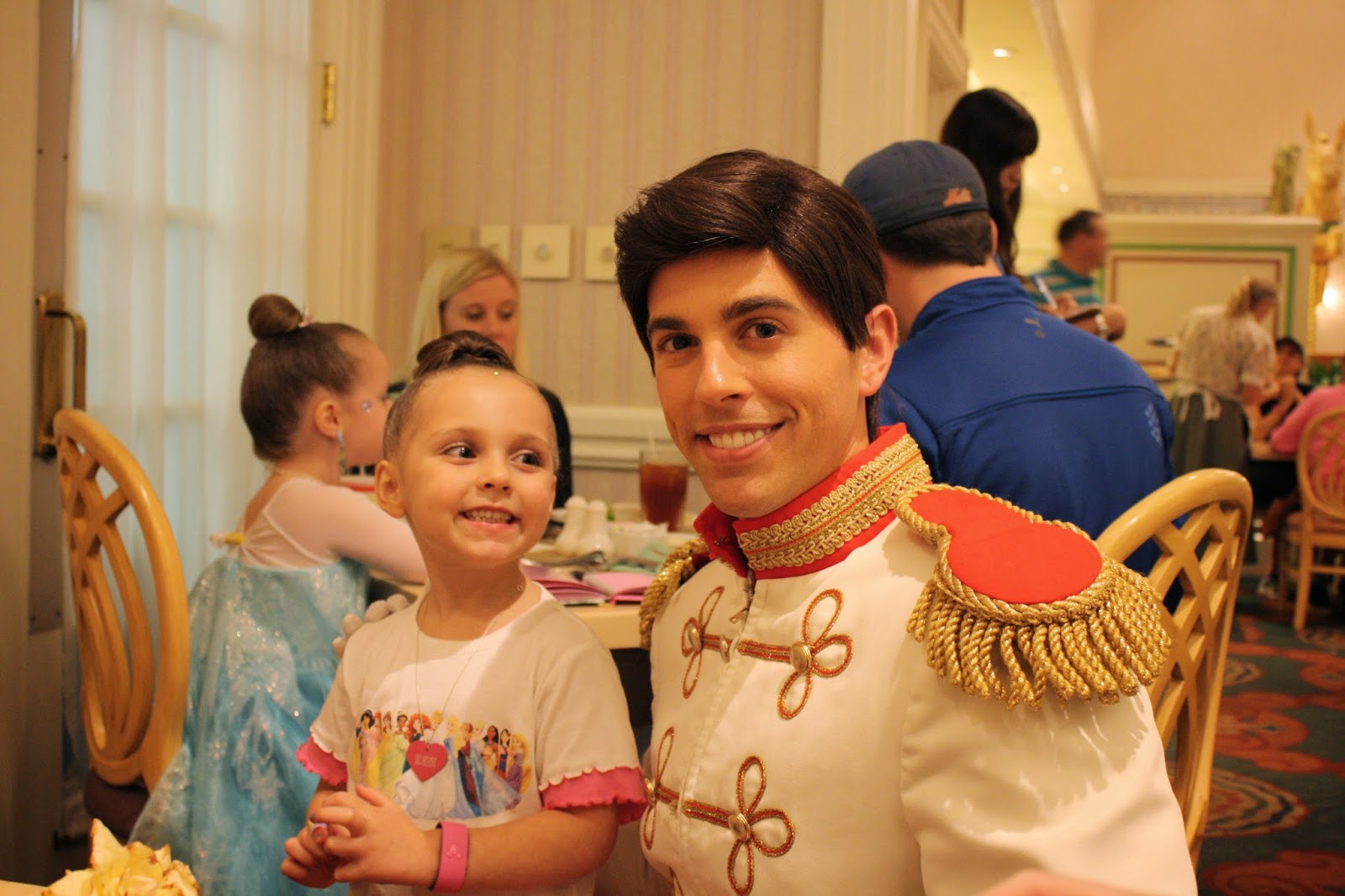 On the way in, she had picked up a browning flower from the ground.  She decided that she wanted to give it to Cinderella.  It was so sweet and Cinderella found it funny and cute that Kate picked it up off the ground for her. 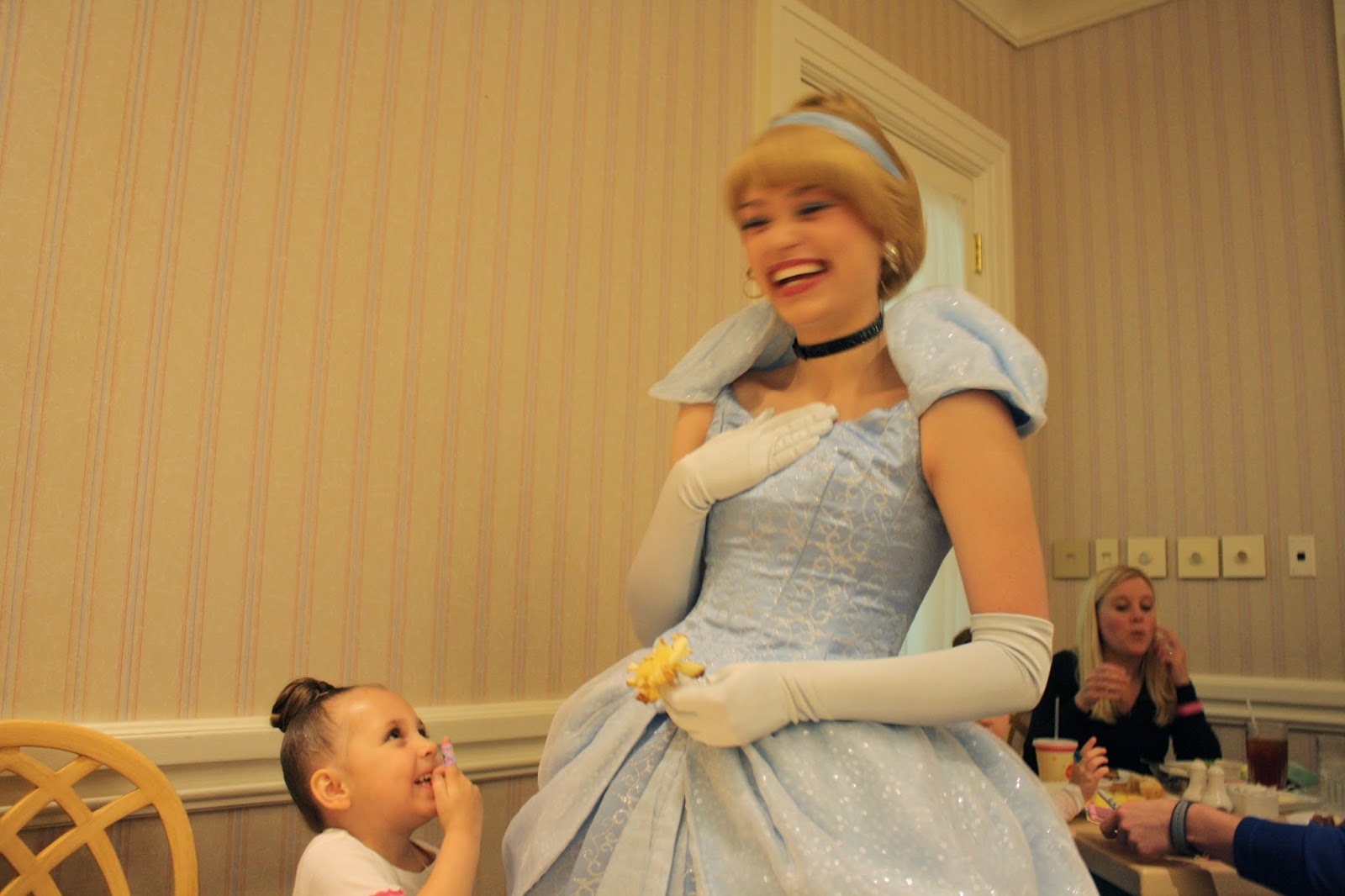 Yet another fun day at Disney!
Posted by Unknown at 9:16 PM