I cannot believe that it's been two months since I did a wedding post.  I need to hurry or I won't have it done before we've been married a year!  Wow!  Time is flying.  In the last post I talked about how flowers were not the most important thing to me.  However, music is a totally different story!  My family is VERY musical!  My grandmother was a piano teacher, my uncle sings (he was the lead role in The Music Man in college), my mom was a music major in college and taught preschool music, and my dad plays bass guitar and trombone.  I was in concert choir, honor choir, ensembles, and band (took oboe) in high school and took piano.  I still sing in church choir and participate in the praise team many Sunday's.  See...music...important!  So, I was very picky when choosing the music for the wedding. 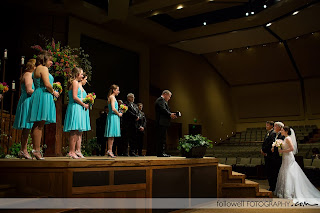 Since high school, I've wanted The Prayer sung at my wedding; but that was the ONLY thing I had a preference about....well, that might not be completely true!  I did NOT want Pachabel's Canon, Jesu Child of Man's desiring, or "Here Comes the Bride."  I KNEW that!  So, I started searching online for wedding music.  I found a lot of typical things.  Then I found this AWESOME arrangement of "For the Beauty of the Earth."  I WANTED that at my wedding.  Unfortunately, we couldn't get the arranger to reply to any contact and weren't able to get the music.  Thankfully, my organist is fantastic and was able to suggest something else. 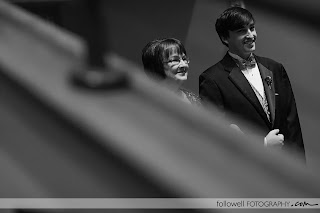 Before the wedding, my precious pianist and the aforementioned fantastic organist did some organ and piano duets because they are just that good!  Then the wedding began.  Our families were seated to Vivaldi's "Winter" from Four Seasons.  This was only on organ but was so majestic.  After that, the attendants came in to "Prelude in Classic Style" by Gordon Young.  This is where I wanted "For the Beauty," but I thought this ended up being perfect.  I really wanted something bright and cheery, not a slow song.  I mean, getting married is a happy thing! 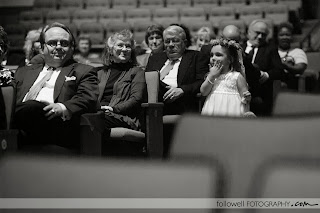 Then came time for the bridal processional.  My choice - "Wedding Processional" from The Sound of Music.  Oddly enough, I had so many people say they had never thought of using that song or had never seen it used.  It is such a GREAT song and just makes sense to me!  LOVED it!  On top of that, this is my mom's favorite movie, so I'm sure it was fun for her to have this included in my wedding ceremony. 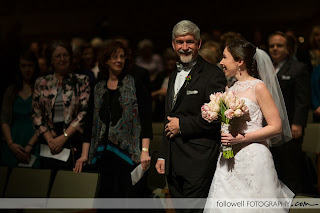 When my dad and I got to the front of the church we had a congregational hymn.  I wanted to sing "Come Thou Fount of Every Blessing." 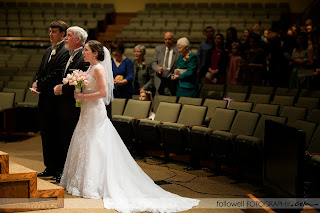 It is such a great hymn as God is truly the source of all our blessings. He continues to give us blessings even when we wander from Him and desires for us to be bound to Him!  David and I pray that we continue to seek God FIRST and seek his guidance in everything.  We truly pray that He will COME in our marriage daily! 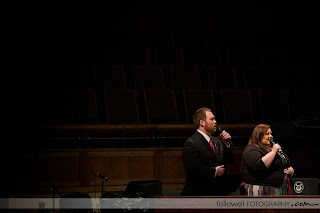 The only other song we had within the ceremony was The Prayer.  The male vocalist was a friend from high school.  Let me tell you, Jordan can sing!  And he has such a sweet heart to match.  The female vocalist was a girl (now friend!) who I babysat when she was in fifth grade and I was a senior.  At that point, she didn't really like singing in front of people but would sing for me!  Now, she is a high school music teacher and has a gorgeous voice.  I was SO thankful that Jordan (yep...two Jordans!) could sing as well. 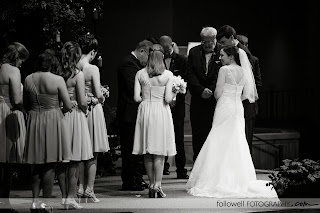 This was just after the vows and, obviously, used as a prayer...but I kept my eyes open and watched.  It was BEAUTIFUL!  I have to say...I think it was better than Josh Groban and Charlotte Church!  I wish I could hear it again!  Just made the ceremony.  I get chills thinking about it! 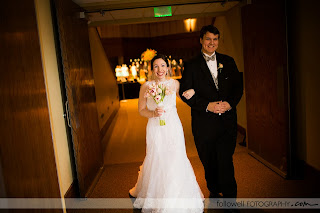 We're almost done!  The recessional was a piece that I randomly found in my internet search.  When I heard this song I knew I HAD to have it played at my wedding...as the recessional.  The name...ready for it?!  "Arrival of the Queen of Sheba!"  HA!  "Arrival" for my recessional.  I would have been SO disappointed if Mrs. Carol hadn't had it.  Thankfully, she did...and it was wonderful!  As the postlude, she played "We Thank Thee, God" by Bach.  A beautiful musical service! 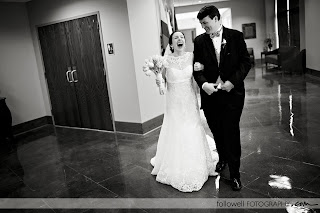 I know it is a lot, but I really do hope that you enjoy some of this music!  I heard rumors that our pastor actually commented on the music during the church service the next day!  Ha!
Posted by Unknown at 4:38 PM

Wedding music selections are the one thing that guests remember! It's awesome to have a specific song in mind, before the planning process even starts! It just makes it that much more sentimental! Beautiful wedding!