I hope that everyone had a great day yesterday! My family enjoyed celebrating the birth of Jesus together, thankful for the grace of God! We also had fun eating, being silly, and opening gifts. Most of my gifts were kitchen oriented...a kitchen scale, an omelette pan(!!!), a candy thermometer (no excuses now), a Wilton decorating kit, some animal cracker cutouts (that will be fun), and a Gail Pittman mixing bowl. Fun stuff! This week has been full of cooking. 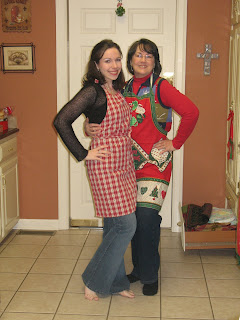 I've made two sets of sugar cookies (which makes four recipes for me this Christmas...I'll do a series on these at the new year and you can use them for Valentines day!), an apple pie, ritz cracker nabs, and brownie balls. Today...the brownie balls. 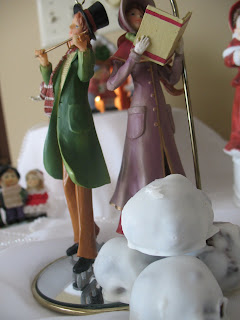 I think they'd be perfect on a New Years' party table. My mom had these with a friend and loved them, so we made them. The recipe we saw made them with raspberry jam, which would be DELICIOUS! However, we used peanut butter chips. This added a little different texture and taste. 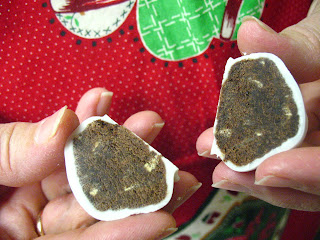 Bake brownies as instructed. Allow to cool a bit so you don't burn your hands. In a large bowl, crumble the brownies, add the peanut butter chips, and stir together. If you want to melt some of the chips you can (I did) but since the brownies are hot, they'll melt on their own anyway! After mixing them together, form the mixture into walnut sized balls and place on a cookie sheet. 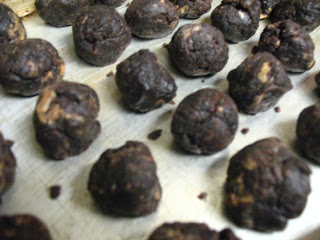 Place this in the freezer for 30 minutes. Remove tray from freezer and melt the almond bark. Roll the balls in the bark 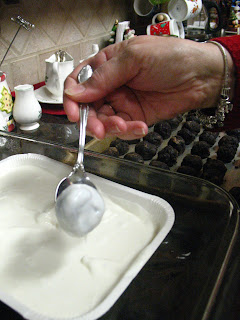 and place on some parchment/waxed paper to harden. 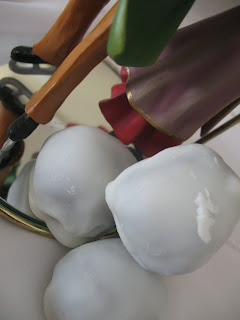 Blessings of Christmas to you and your family Claire! Love this recipe...we get to play with our food and make something even better :) Received a gift of brownie biscotti that starts with brownie mix, too. Have to get the recipe, then I can share it.
Wishing you a very happy New Year and fun in the kitchen.

Cute picture!
Love the brownie balls. I made some of those, too. But used Andes Mints melted into the brownies and covered them with semi sweet chocolate. YUM!
Happy Holidays!

Elle - That sounds like fun as well! You're right...playing with this one DOES make it better. Kids would enjoy helping with this.

Katrina - That sounds delicious! My mom was complaining that there are too many...so I'm taking them with me to use for a baby shower I'm having for a friend on Tuesday.

Wow, that looks good!
My 'to be made' pile of recipes is large. LOL
Glad you had a Blessed & Merry Christmas!

So glad you guys had a good Christmas! Aren't you both cute in your aprons?!!! :) Those brownie bites look good too, yummy!

Y'all both look so cute in your picture! Your mama looks like she'd be a fun friend. Too bad I don't live closer!
Those brownie bites look good, a variation on the oreo truffles, I might have to give them a go sometime.