How has the year been for you? 2008 is ending in just a few hours. I've had a good and busy year. Lots of work, tests, interviews, and some fun...New York City to be specific! With the night of celebration for many, I thought I'd leave you with a yummy breakfast treat. You know, it would be fun to have a breakfast at midnight party for New Years...maybe I'll try that next year as my Wii party didn't fly with my friends...now I'm trying to figure out what to do! Anyway, over Thanksgiving, I offered to make breakfast for my brother. He bit on the suggestion of French toast. I don't really measure out anything, but it's not too difficult to do. Just eggs, milk (or cream), cinnamon, and vanilla. Soak the bread and cook. Philip likes it with powdered sugar, but syrup or fruit would be good, too. 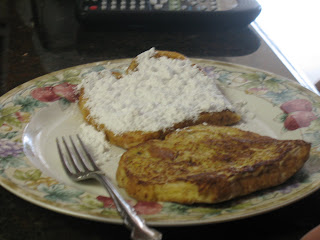 You could even whip up some sweetened cream cheese and make stuffed french toast!

In a shallow bowl, break two eggs. Pour in enough milk to surround the yolks of the eggs (a little more if you want it super "creamy"). Add a dash of cinnamon and pour of vanilla. Wisk all of this together. Place one piece of bread in the mixture (two if the bowl is wide enough). 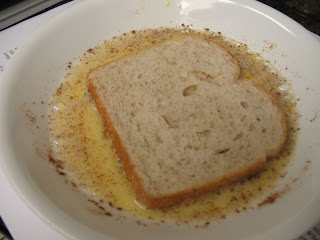 Let sit for 30 second to one minute (the longer the better). Flip the bread and let it sit again. On a HOT skillet place some butter. 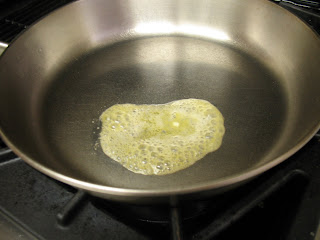 Once it melts, put the soaked bread on. 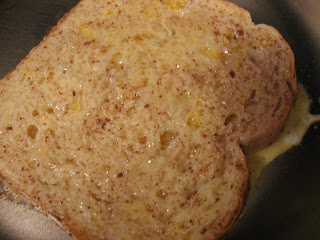 Cook until browned (but not burned, you may have to take a peak to see if it's ready) 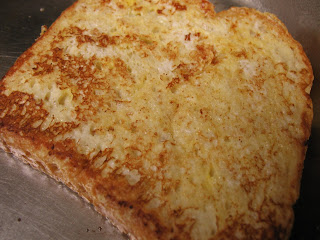 and flip to the other side. This side shouldn't take as long. Place hot bread on a plate and top with the desired toppings. 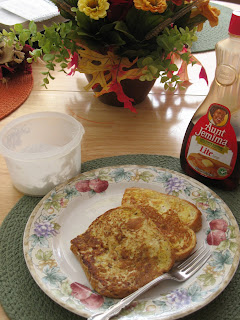 This french food is one of my favorites yuummmmm ;)

French toast is always the best. Happy New Year to ya!

Faery - Well, the make up a batch!

Emily - Well, thank you. Hope you have a Happy New Year yourself.

I love french toast. I did the stuffed french toast once, using cream cheese & some strawberry jam. Very good! But, I think old fashioned plain is my favorite.

Have a Happy New Year, Claire!