No sleeping in for us on Tuesday...we were up bright and early to head to the TODAY show! We didn't do the super early thing and there was really no need. We arrived by 8:30 (after eating our GA peach for breakfast!) and I quickly found a spot on the far end of the outdoor area. My dad scooted behind the crowd and got a great shot of Meredith. 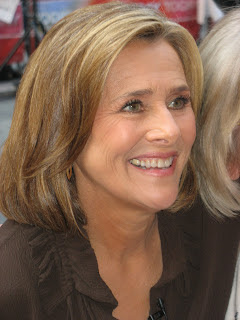 Then they made their way to the front and called me over. We were on the show at the beginning of the 9 o'clock hour! 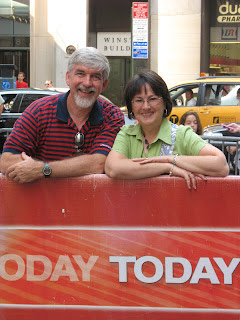 So cool...we even came home with the script that Natalie Morales used during a segment. Such great weather, too. After the TODAY show we made our wayback to the M&M store, which was fun; but the better store was the Hershey's store. Mama found some great syrup 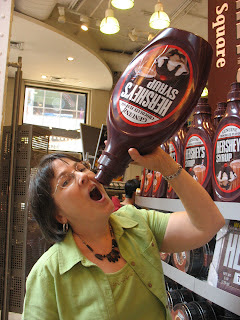 and I found my favorite...Reese's! 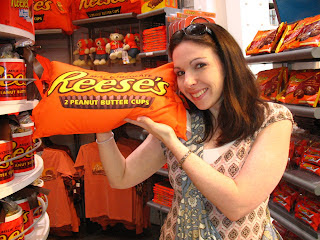 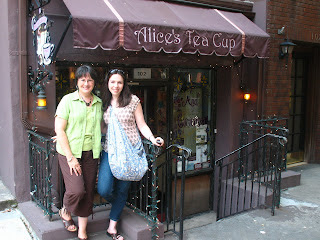 for an early lunch. It ended up being pretty good. Mama got the asparagus soup (which was good but I was glad I didn't have a whole bowl) and egg salad sandwich. 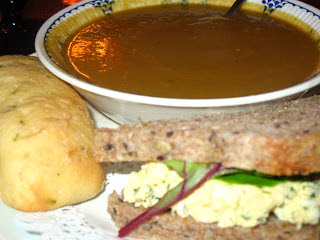 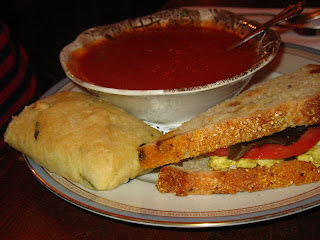 I had the same sandwich as Daddy but whole. It was very good except no ice in the water...what is up with that and NY restaurants?! We then made our way to the American Museum of Natural History where we touched the moon, 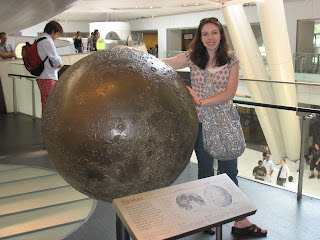 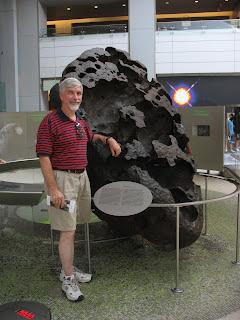 and played with dinosaurs. 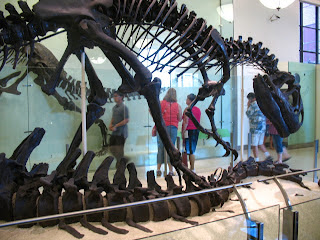 After a walk through Central Park we decided to look for supper. WOW...we walked FOREVER. Know this...there is NOWHERE to eat on 5th Avenue! 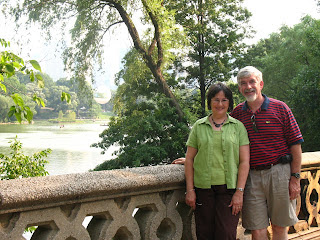 I think we walked from 77th street to 54th before we (I...it was my fault, I didn't want hamburger) found a great little Thai restaurant called Chai. It was perfect and hit the spot. Mama had cashew chicken. 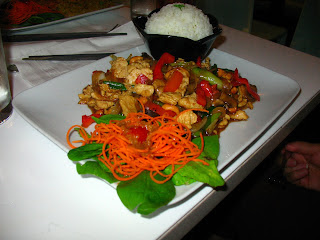 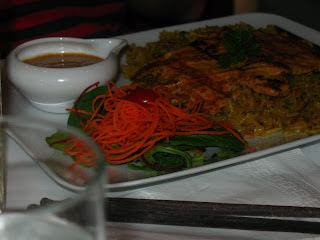 I had the special with stir fried chicken, snow peas, tomato, mango, and cashews...SO GOOD! 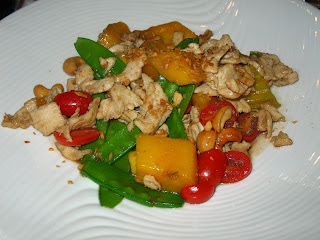 We then decided to make it an "early" night and headed back to Secaucus. Of course, we stopped at Au Bon Pain for breakfast and nighttime snacks. The next day had BIG plans with great food to be sure!
Posted by Unknown at 3:16 PM

You got some great shots at the Today show! Up close with Meredith...and good that you didn't have to get there super early!

What a nice visit at NY!
The stir fry in the last pic looks delicious, I love mango mixed up with savory foods!
Ana

I'm Alisha from Wowzio, and I'm excited to tell you about our new widget platform that helps bloggers increase readership by providing engaging widgets containing your blog's rich content. You can check out widgets customized for your blog here:

Wowzio Widgets for your Blog

I wanted to reach out to you to ask for your feedback on these widgets (feel free to install them on your blog, if you feel they are a good fit). I'm sorry for leaving this message via a comment, it's not at all our intent to spam you ( which is why i'm leaving this comment on an older post and you can always remove this comment ). Again, we would love to hear your feedback.