Can we say that I am SO far behind?!  It is so hard to find time to write when working full time, taking care of two kids, church, family, etc.  Usually, my free time is spent not free or napping.  Ha!  Anyway, this year my family came into town the weekend before Christmas and we celebrated with them at that time. 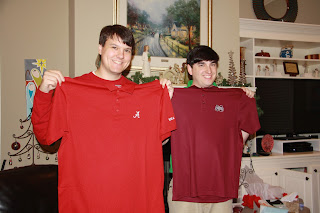 We did brunch again and then opened presents. 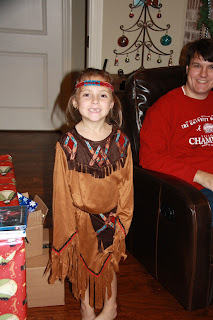 Caleb was a little more interested but still preferred to just play. 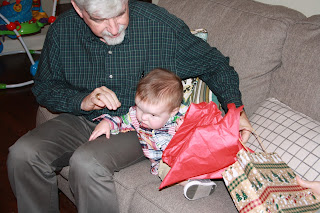 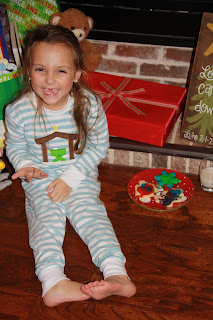 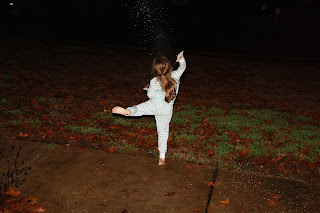 and opened Christmas PJ's with Caleb. 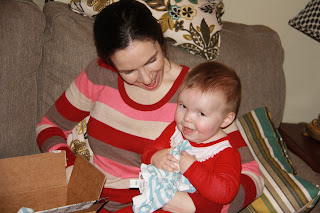 Earlier that night we went to Christmas Eve service at church.  It was interesting to say the least.  There was no church nursery, so we had to take Caleb to the service.  He did well for about 3 songs and then wanted to walk around.  I took him out to the foyer for a while, then went back in for the last two songs.  He thrilled everyone by yelling "YAY!" and clapping after each song was over.  Ha! 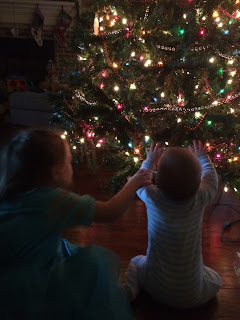 Then it was time to go to sleep so Santa could come - which, of course, he did! 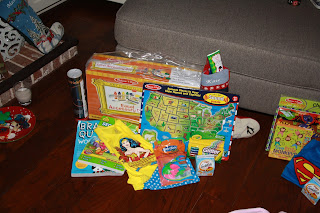 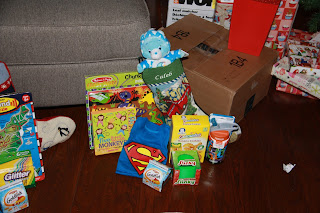 Christmas morning, we opened presents from Santa.  Caleb acted like he liked his bear, who is now his FAVORITE, but he was really most interested in his banana cookies!  I think he ate four! 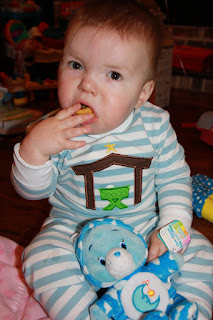 Kate was pretty much excited about every gift Santa brought her (except for the math workbooks...which she had specifically asked for!  Go figure!) 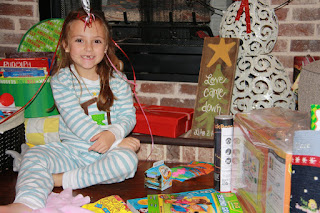 Santa even surprised me with an ornament that has my favorite Bible verse, Ephesians 2:10, on it! 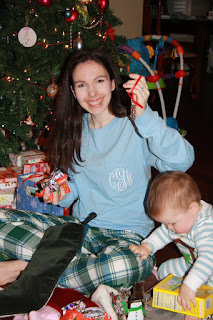 After opening presents from Santa, we had breakfast. I made eggs, gluten free blueberry biscuits, and fruit.  Everyone enjoyed it.  After we ate, we opened family presents. 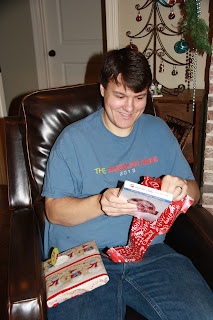 David got some surprises including Jurassic Park and a smoker!  Kate and Caleb just had lots of fun opening presents. 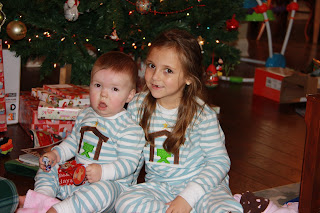 After we finished presents, we packed up and went to Decatur to see David's family.  I am so thankful for the time we had with them.  There were LOTS of presents!  Granddaddy got a putting green, which I'm SURE he has used millions of times. 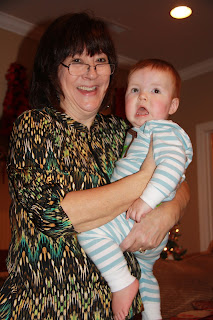 Caleb enjoyed playing with the wrapping paper and Kate was super excited about her new shoes (which are anything but new looking now!). 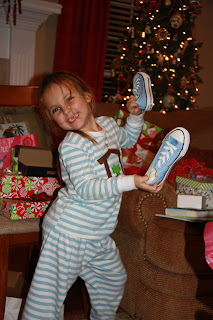 Caleb also had fun with the Snoopy Christmas piano toy. 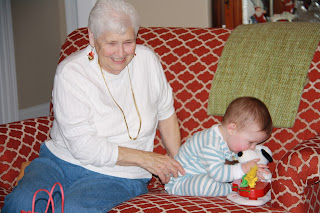 Then they both got some good snuggles with GG and GP. 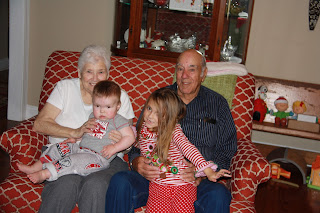 And of COURSE, there was Mickey Mouse watching with granddaddy! 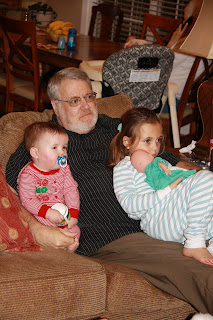 The next day there were more presents and we found that we have an up and coming cheerleader on our hands! 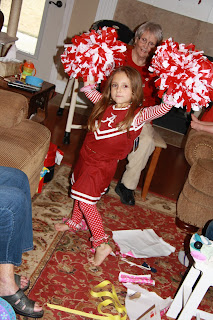 We had a great Christmas!  I just hope that Caleb likes Santa more next year - though this picture cannot be denied as classic! :-) 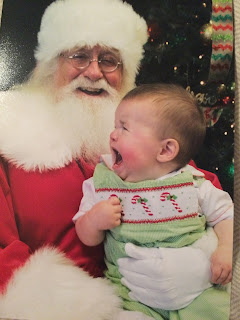