So, after our surprise ultrasound I suddenly realized that David and I were both there and both knew what the gender was for our sweet baby.  That meant no gender reveal!  Boo!  (Though David was probably glad about that...he didn't want to do ANYTHING!)  Then I realized that my parents were coming for Easter and decided I'd do a reveal for them.  David's family couldn't make it but we did a FaceTime reveal for them.  So, then I had to come up with HOW to reveal.  At first, I was just going to incorporate it into our Easter meal but David wanted breakfast pie and I didn't want more bready stuff with that (meaning muffins).  I figured I could get a bunch of Easter candy since colors for that are usually pink, blue, and yellow...and just use the color I needed.  Then I found a fun little idea and went with it.  So, just before we had brunch with my family, we had everyone sit in the den while I brought out the reveal "board." 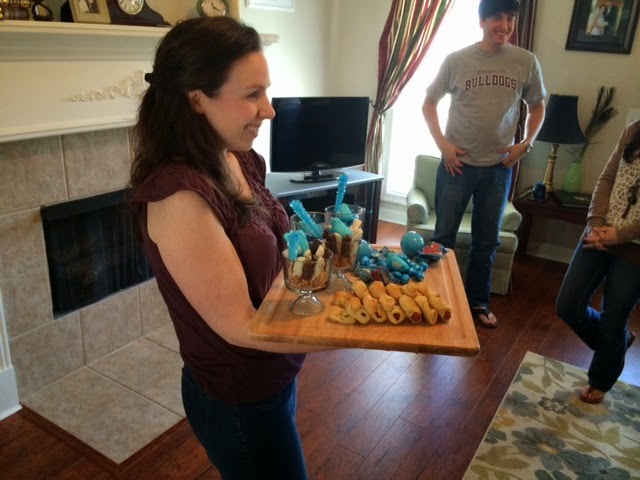 It's a BOY!  I made little snail "pigs in a blanket;" though I think that EVERYONE thought it was something else. 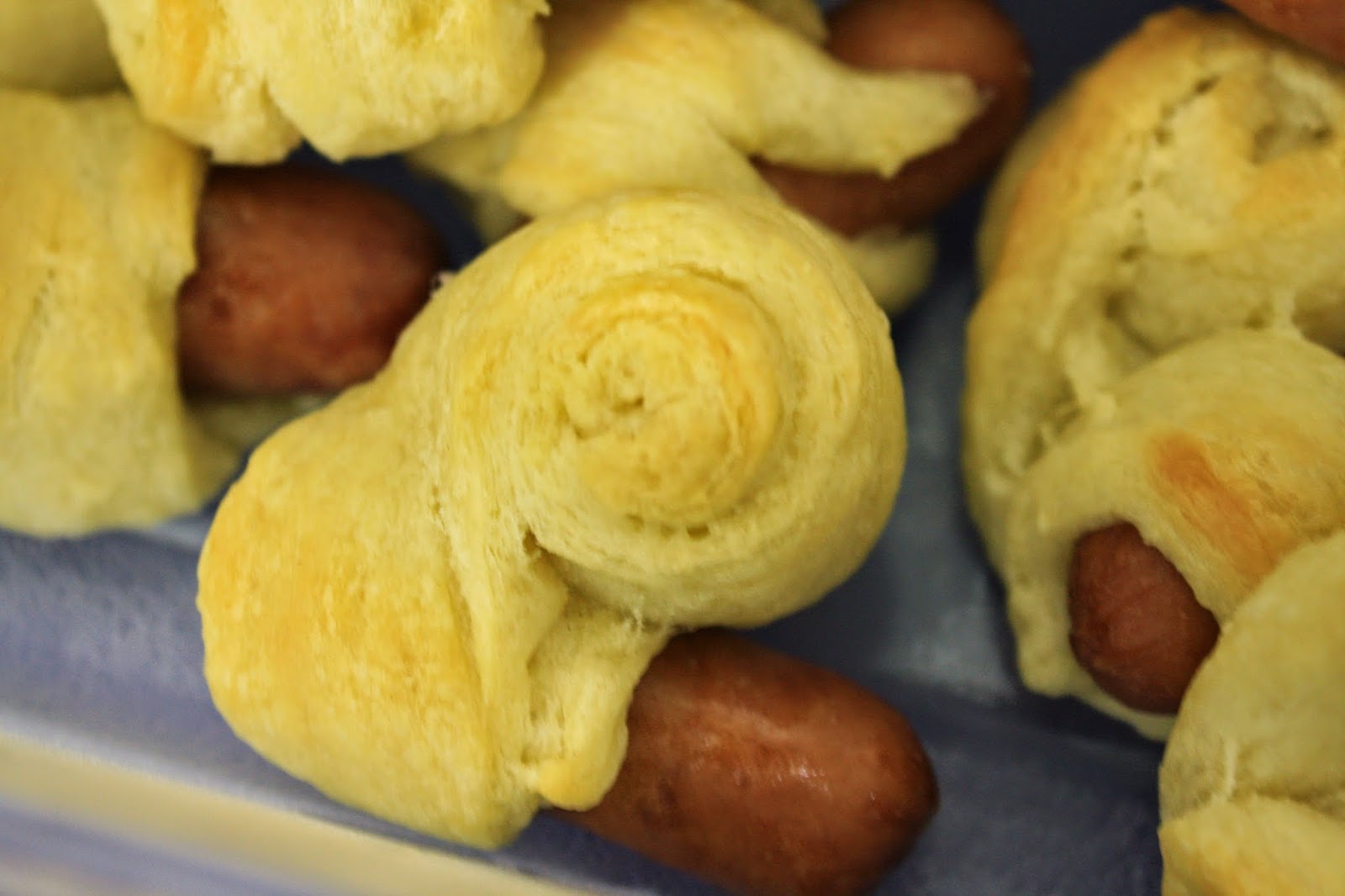 How embarrassing!  I also made puppy dog tails (just pretzels dipped in chocolate).  It was fun! 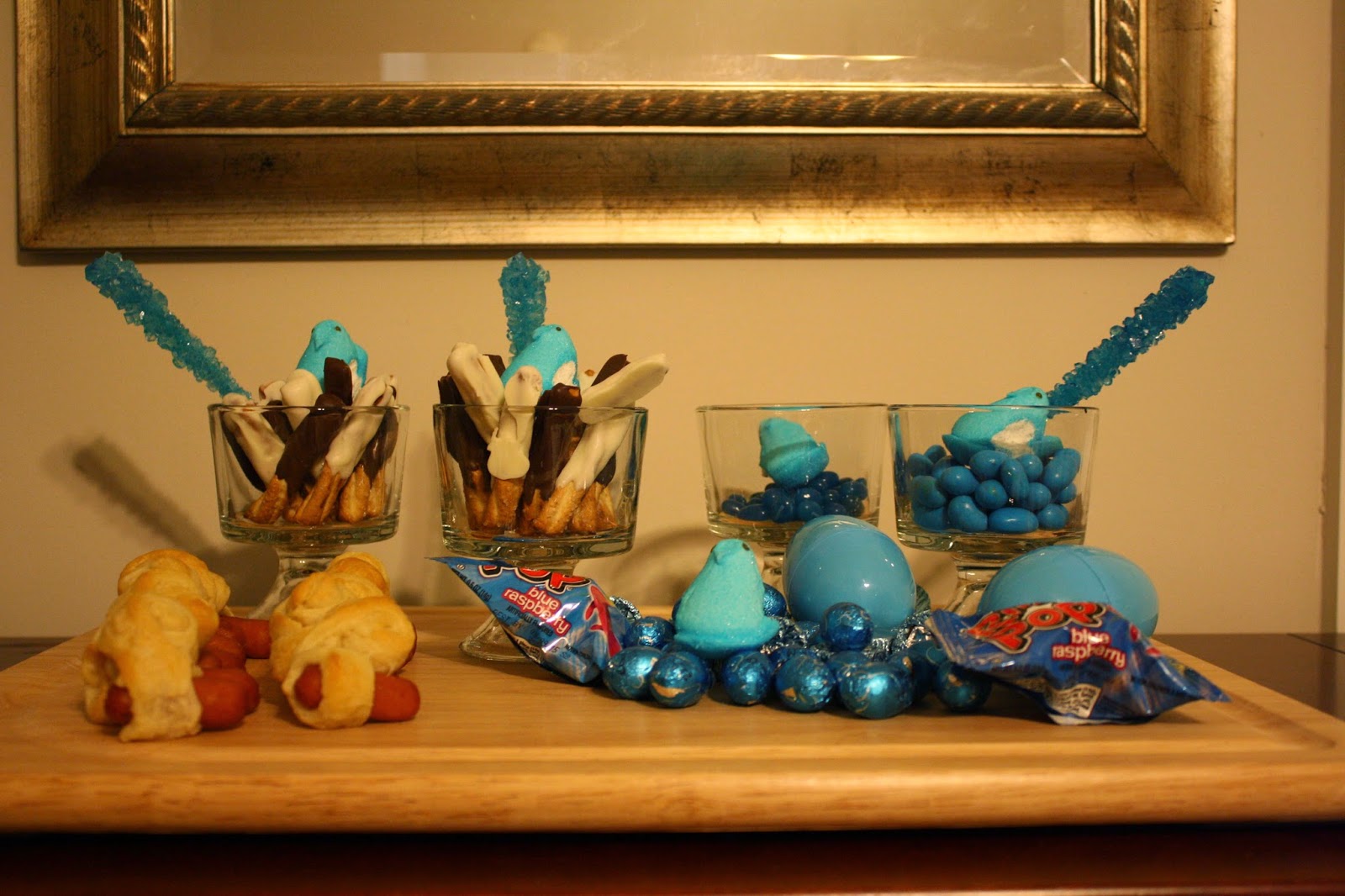 We are really excited!  I thought it was a boy...and apparently everyone else did too.  I'm glad that we will now have a girl and a boy.  K will be a great big sister and is actually excited about her baby "brudder."  Now we just have to come up with a name.  Hopefully we'll agree on one soon.  :-) 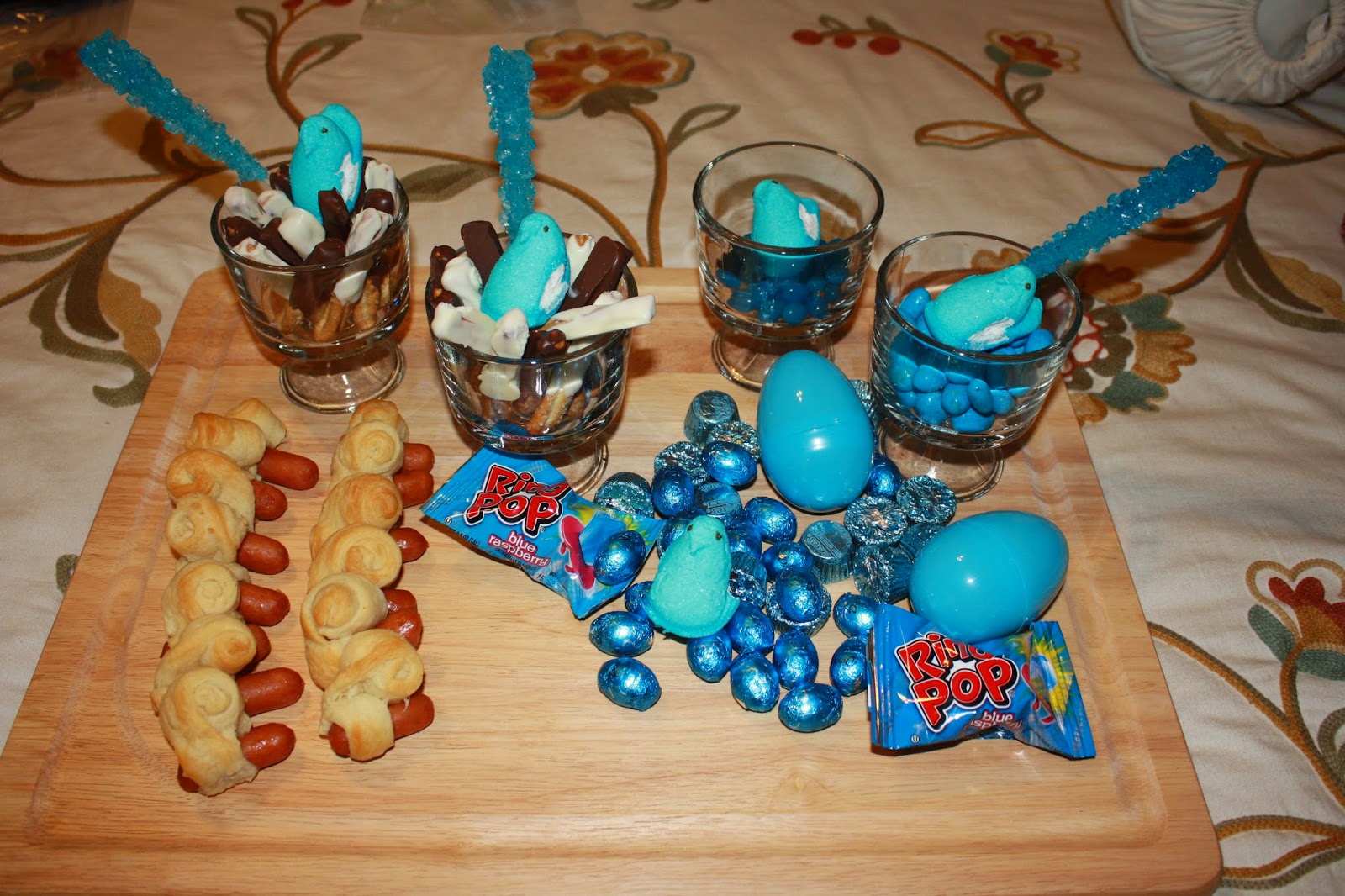 For the SNAILS:
1 can of crescent rolls
cocktail sausages

Preheat oven as instructed on rolls.  Press a rectangle of crescents together (this would be two triangles with the seams pressed).  Cut into 4 strips lengthwise.  Place a sausage at one end, half on half off and roll about halfway down the strip.  From the other end, roll the dough up like you would a crescent roll.  When you get to the sausage, turn the dough so that it faces out and looks like the shell of a snail.  Place on baking pan.  Repeat for all the dough. Bake until browning.  Enjoy!  I got 16 snails.
Posted by Unknown at 9:08 PM