This past Thursday, my family came into town to attend my long coat ceremony. For four years I've been wearing the well known short coat of a medical student. It's one of the ways they distinguish us from the residents and attendings. So, this ceremony is a pretty exciting time! It's when we finally get that coat...with our names embroidered above the pocket with that all important "M.D." following it! (Yes, mine will have to be tailored!) 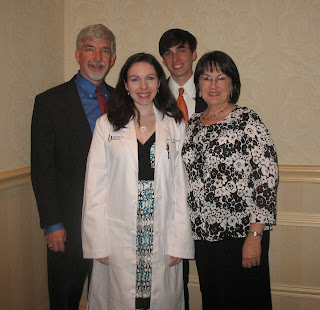 I had a great time, even though my best friend and I were at mirror image tables (i.e., ALL the way across the banquet hall from each other at the same table). The food left something to be desired. The salad was your typical iceberg with feta/bleu cheese (not sure which), bacon, and (depending on your bowl...mine had none!) tomatoes. 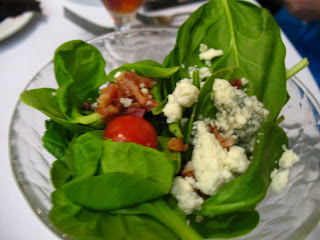 For the entree we had chicken cordon bleu (not stuffed but with ham melted to the chicken by cheese), about half of a red potato, and squash. 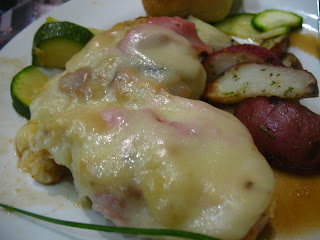 Dessert was either carrot cake (which was pretty good) 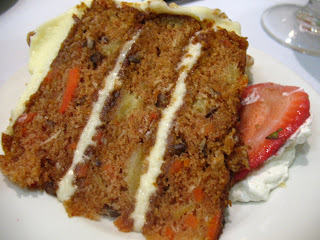 or chocolate cake (which was SOOO rich...I barely had a taste). 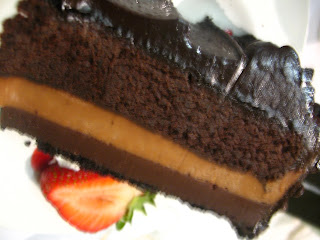 Despite the lack of exceptional food (it was hotel food) it was a wonderful evening. One of the best times was when they had all of us stand up after receiving our long coats. It really hit me then that my class had done it, we were all doctors! Pretty cool! 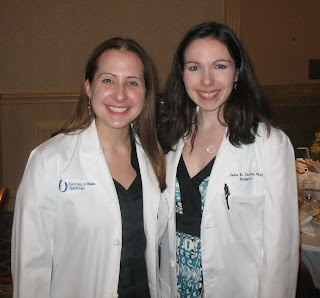 The next day was my official graduation. We had to get there an hour and a half before it started (WHY? Please, tell me why!) and then sit through all the other schools being announced as the medical school was next to last. However, then we were all hooded with the lovely green that designates a medical doctor. Do I feel different? Not really, until someone calls me Dr. Claire...then it's kind of weird. After graduation we went to a new restaurant called Mint. It was a cute little southern place with sandwiches and seafood. The food was pretty good outside of the french fries. I got a portabello sandwich. I enjoyed it but there was just a bit too much goat cheese for me. 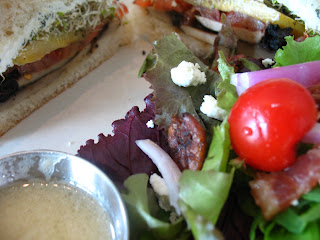 Daddy had the shrimp po-boy. The shrimp was brought in that day and hand breaded in the restaurant, so I'm sure it was great. 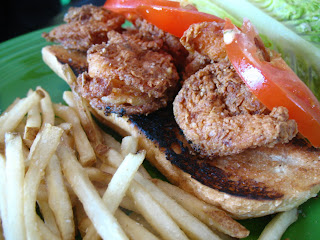 Mama had the roasted chicken quesadilla with watermelon salsa. I didn't get much feedback on that one but I think it was pretty good (not as good as Daddy's crawfish quesadilla the next night!). 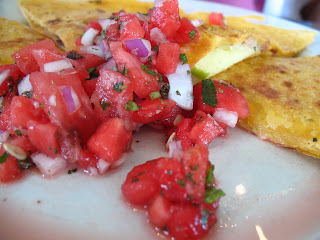 Philip got the butter burger with fried pickles on it. He ate it all, so I'm sure it was good. 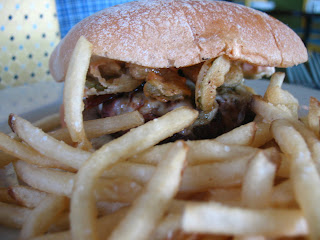 Finally, Aunt Betty, who came all the way from Houston to see me graduate, had the green plate special (b/c of Mint) which was roast beef, greens, and Hoppin' John salad. She seemed to like the salad part the best. 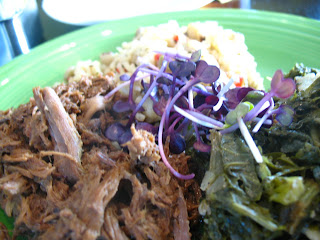 Cute place...I'd try it again sometime. It was a GREAT weekend and now my blog address is TRUE! Cookie DOC! :-) 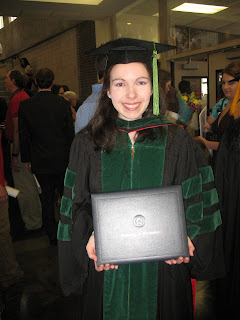 Congratulations! What an amazing achievement.

I just wanted to say congrats on becoming DR.CLAIRE! I found your blog last year when my daughter was a newborn, and we were up late at night probably nursing. :-) I've kept up with all of your stories on your other blog, and I really admire you!! You are such a godly woman, and a great inspiration! I also LOVE your passion for cooking!

Just wanted to say congrats, and I look forward to seeing all the the Lord has in store for you! He is so faithful!

Congratulations, Claire! Is there a doctor in the house? That is so awesome!

Mary Lindsey - Thank you SO much for stopping by. Your note is so encouraging. I pray that God will use me in the lives of my patients and their parents...you are right...God is SO faithful!

Paula - It really did fly by...of course there were those days when it felt never ending!

Congrats! I think its exciting to start a new chapter in your life and think of all the possibilities it holds. I'm sure you're looking forward to it!

Congrats on the exciting news - no turning back now!

You did a lovely job. Congratulations on your graduation!

Congratulations DR Claire,What a happy day. the ceremony here is different we call it te last class and then a huge party with all the students and their family. In my house there are to doctors and a teacher...me :)

Congratulations. I know you and your family were so proud!