Honestly, I'm really surprised that there hasn't been a gluten free pop tart to make an appearance yet.  I can't say that we would be frequent buyers, but I probably would get them occasionally as a treat for David. I think that's one of the things he misses the most - Le Sigh! 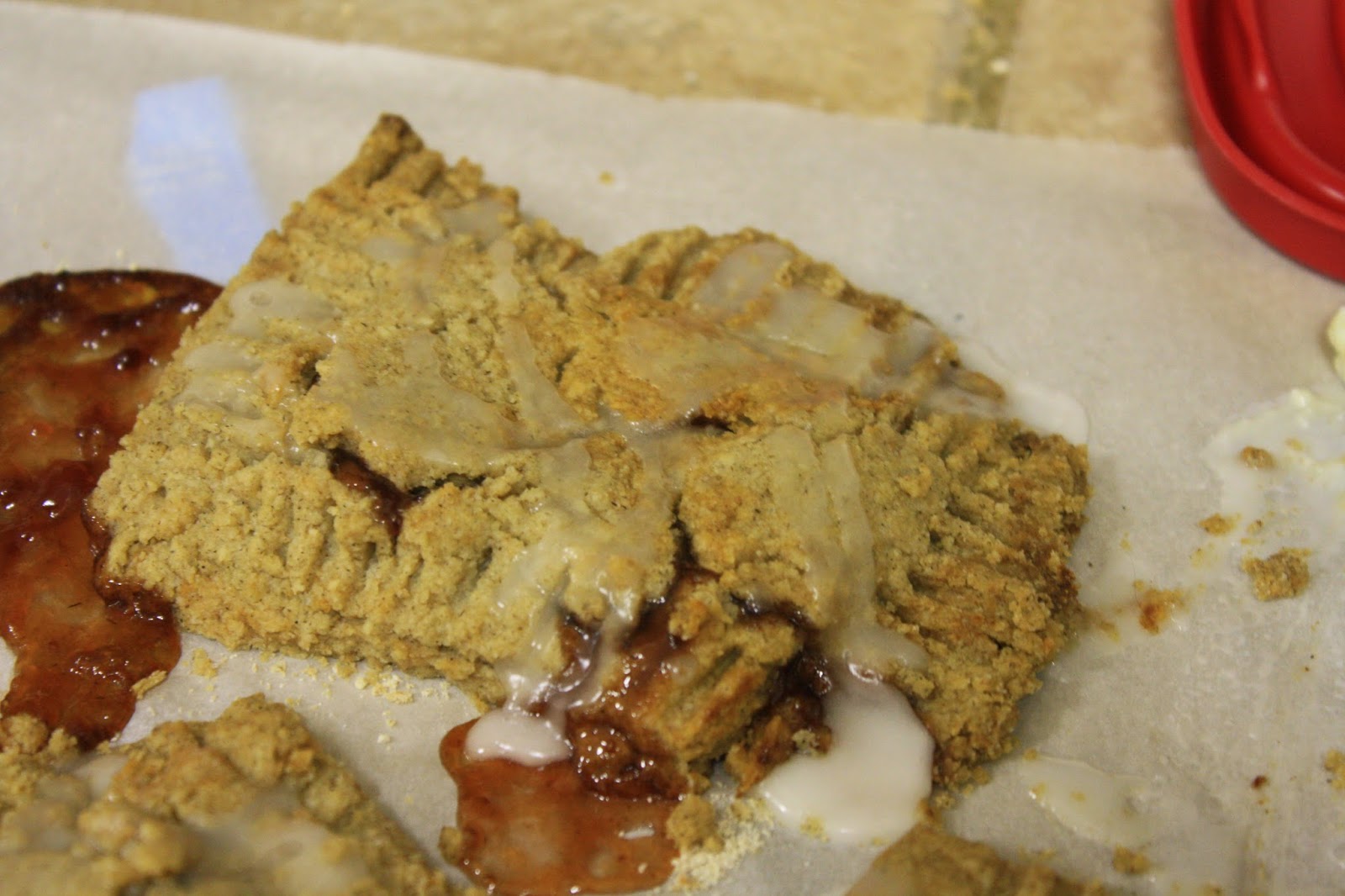 To me, the hardest thing it going out to eat but I think he misses the snacks the most.  This is probably a good thing, except for the fact that I make him stuff all the time and send it with him.  Anyway, one week, I decided to surprise him and make poptarts. 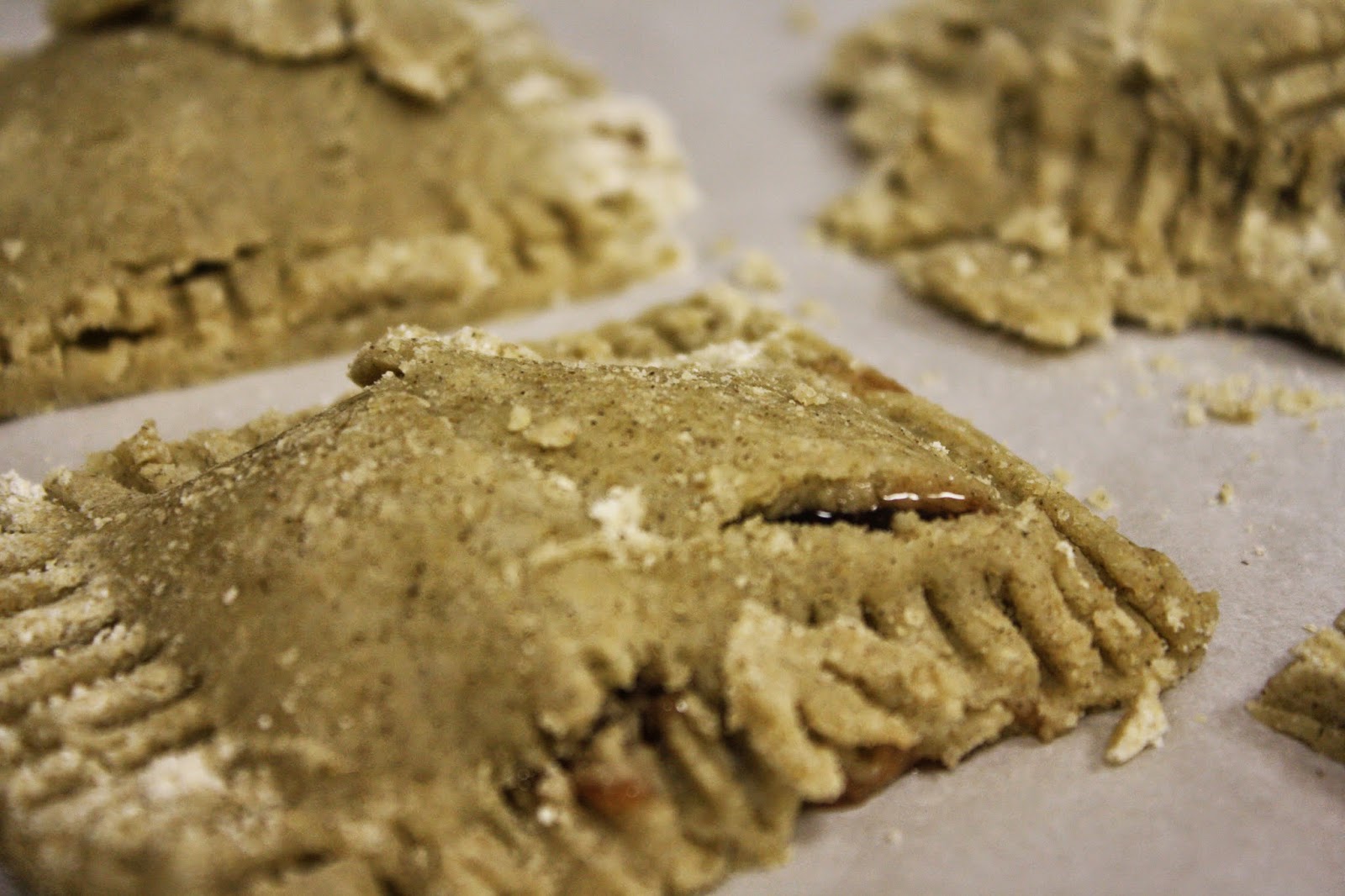 He really enjoyed them.  I was a bit frustrated with them because I missed my timer and left them in longer than needed; which means that the jam started cooking out of the pastry.  Oh well!  He still liked them and everyone was impressed that he had homemade pop tarts for breakfast as work!  :-)  Guess I should make these again sometime. 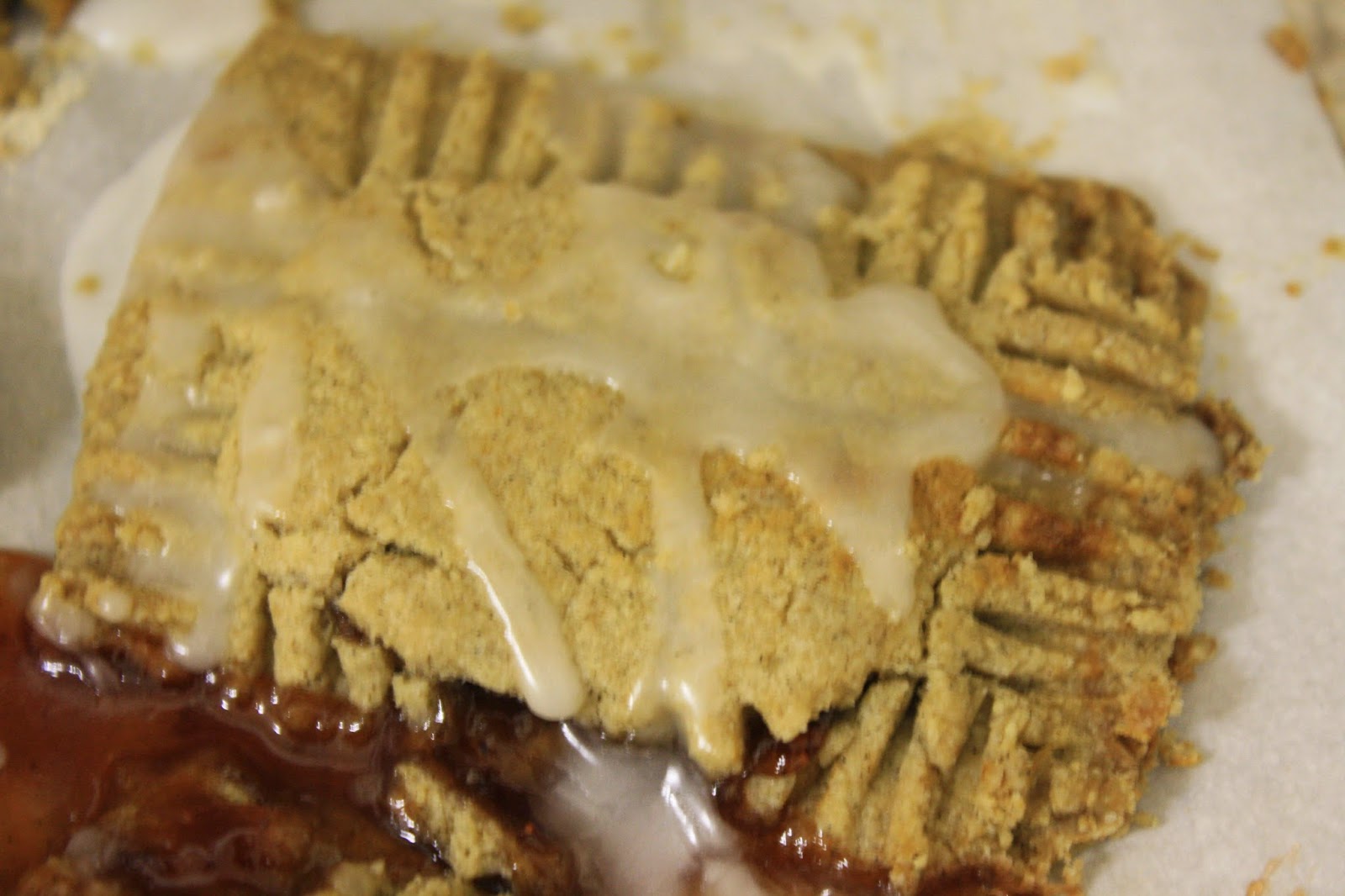 Icing:
1/2 cup powdered sugar
1 tbs Unsweetened Almond Milk
1 tsp Vanilla Extract (Do not use if you want it to be white!)

For the Dough:
In a large bowl, whisk together the oat flour, brown rice flour and salt. Dump the shortening into the center of the bowl. Fold together until a dough forms (the dough should be too dry or too moist, you should able to form it into a ball without it sticking to the bowl).  Knead this dough then flatten into a disc, wrap in plastic wrap and chill for an hour. When ready, preheat oven to 350.
Break off 1/4 of the dough disc (put the rest back in the fridge).  Place some wax paper, parchment or dough cloth on the counter and dust with some oat flour.  Roll to 1/8" thickness. Use a pizza cutter to cut into rectangles.  Then use a thin/sharp pie server to transfer rectangles to the prepared baking sheet. Add the fruit spread to the dough rectangles, leaving 1/4-1/2" border, then top with another dough rectangle.  Press on the edges with your fingers or fork (I like a fork) to seal the pop tart and use a toothpick to poke holes into the surface (you can kind of see the holes in the post photos). When you have used all the dough, place the pan into the oven and bake for ~12-16 minutes or until the edges have browned slightly.
Make icing by mixing all ingredients.  When the poptarts have cooled, drizzle on.  Enjoy!

Notes
*She states that you can probably use 1/4 cup of unsweetened applesauce in place of 1/4 cup of the shortening if you want a lower fat recipe. She has apparently had success previously just not when used for the Pop Tart.
Posted by Unknown at 9:00 AM