This was one of the first cakes I tried gluten free and I was REALLY excited about it because it used almond flour.  Plus, it was caramel!  I took it to Sunday school and then to work.  I'm pretty sure everyone liked it...though I'm not sure about David.  He really is more of a chocolate person.  We're really pretty much opposite in what we like food-wise, except that we both really like fish.  Crazy! 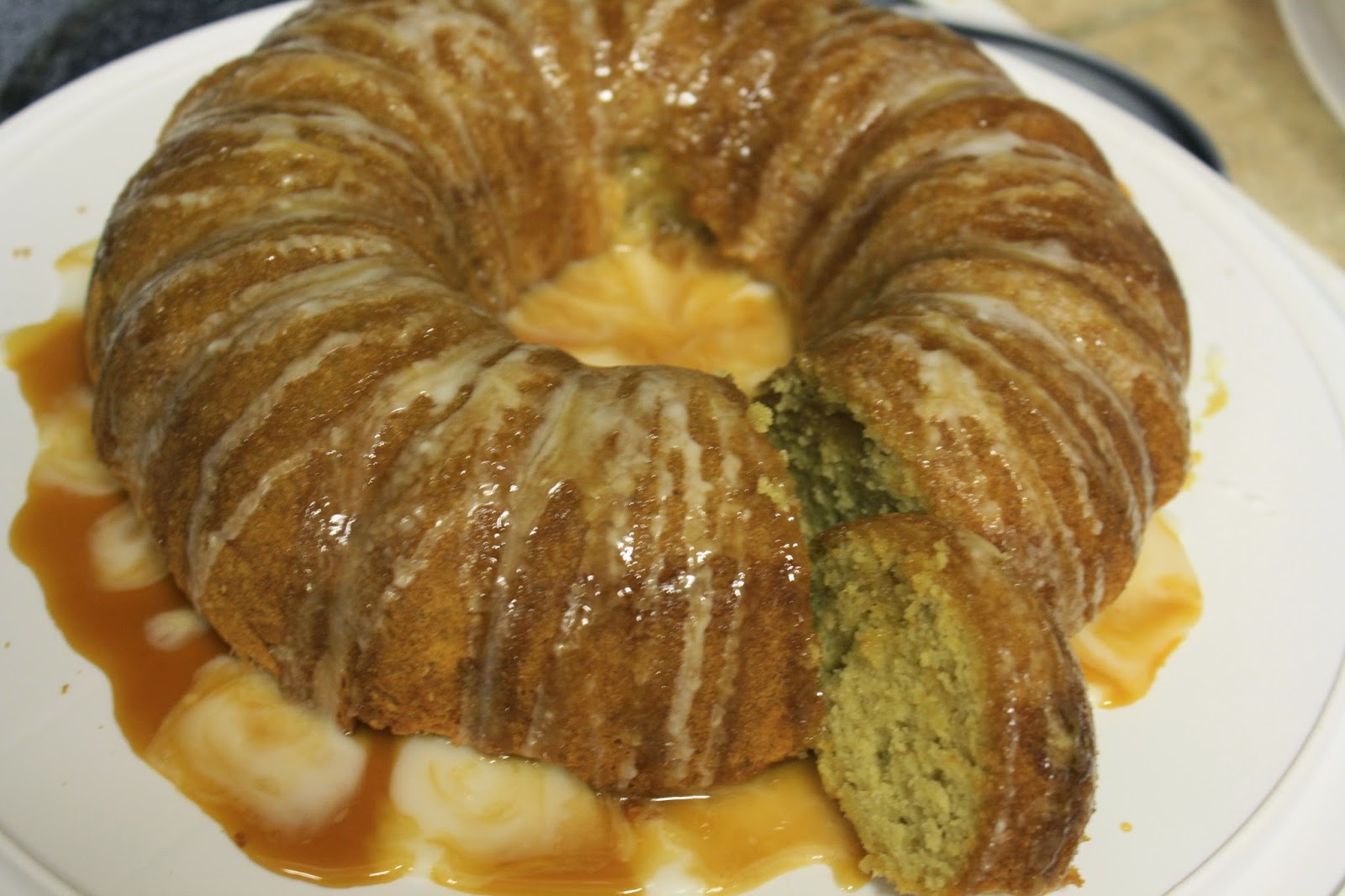 Anyway, this is a great cake for anyone.  It does have a nutty texture since it's made from almond meal, but it's not distracting.  I actually modified this a good bit, now that I look back at the recipe.  It calls for "Swerve" sweetener, which I have never even heard of.  I honestly can't remember if I used Splenda or regular sugar, but either would work.  I also didn't make my own caramel sauce.  I cheated!!  I used caramel ice cream topping.  Worked pretty well if you ask me.  :-)  I also added a basic glaze to make it "pretty."  Try it out - even if you're not gluten free. 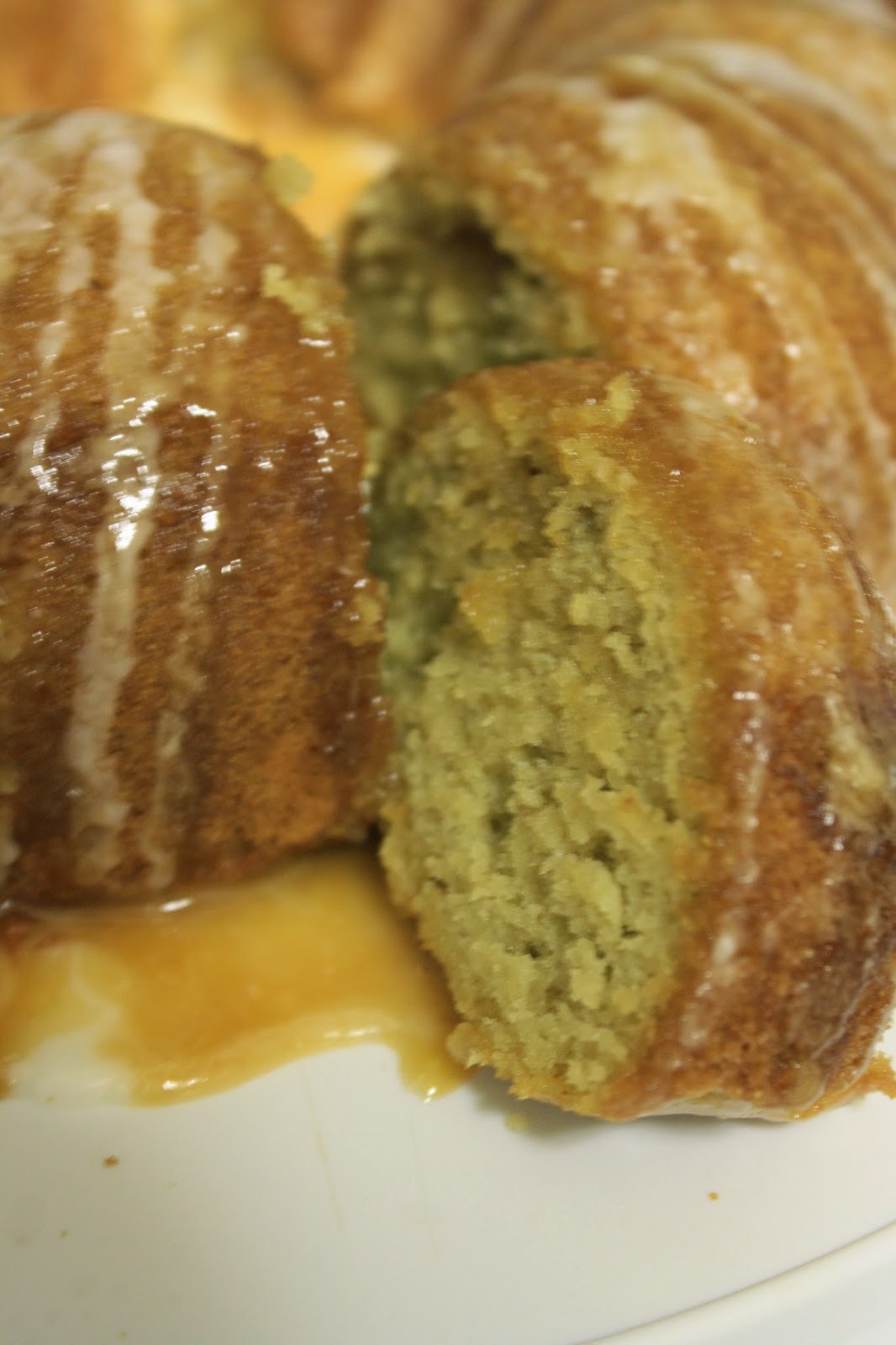 Preheat oven to 325F and grease a bundt pan well (this could also be made in a 9-inch springform pan).  In a medium bowl, whisk together almond flour, baking powder, baking soda and salt. Set aside.  In a large bowl, beat butter until smooth. Add sugar/sweetener and beat until lighter and well-combined, about 2 minutes. Beat in eggs, scraping down beaters and sides of bowl with a rubber spatula as needed. Beat in vanilla extract.  Beat in half of the almond flour mixture, then beat in almond milk. Beat in remaining almond flour mixture until well combined.
Spread half the mixture in the prepared pan and use the back of a spoon to create a channel in the center of the batter, all the way around the bundt pan.  Pour some caramel sauce into the channel.  Sprinkle with 1/4 cup pecans. Top with remaining batter and spread evenly with offset spatula to cover caramel and pecans. Place the pan into the preheated oven and bake 35 to 45 minutes, or until cake is golden brown and just firm to the touch. A tester inserted in the center should come out clean (except for some caramel sauce!). Remove and let cool 10 minutes (IT MUST cool!) then flip out onto a wire rack to cool completely. Drizzle with remaining caramel and pecans.  Enjoy!