Christmas Day - SO behind!

Yes, I know!  It's March...we've "sprung" forward...and I'm still posting about Christmas.  I just had a bad February blog-wise.  Every time I would thing about doing a post I just ended up doing something else.  I needed time with David and we were busy getting our floor redone.  But, no more excuses - here it comes. 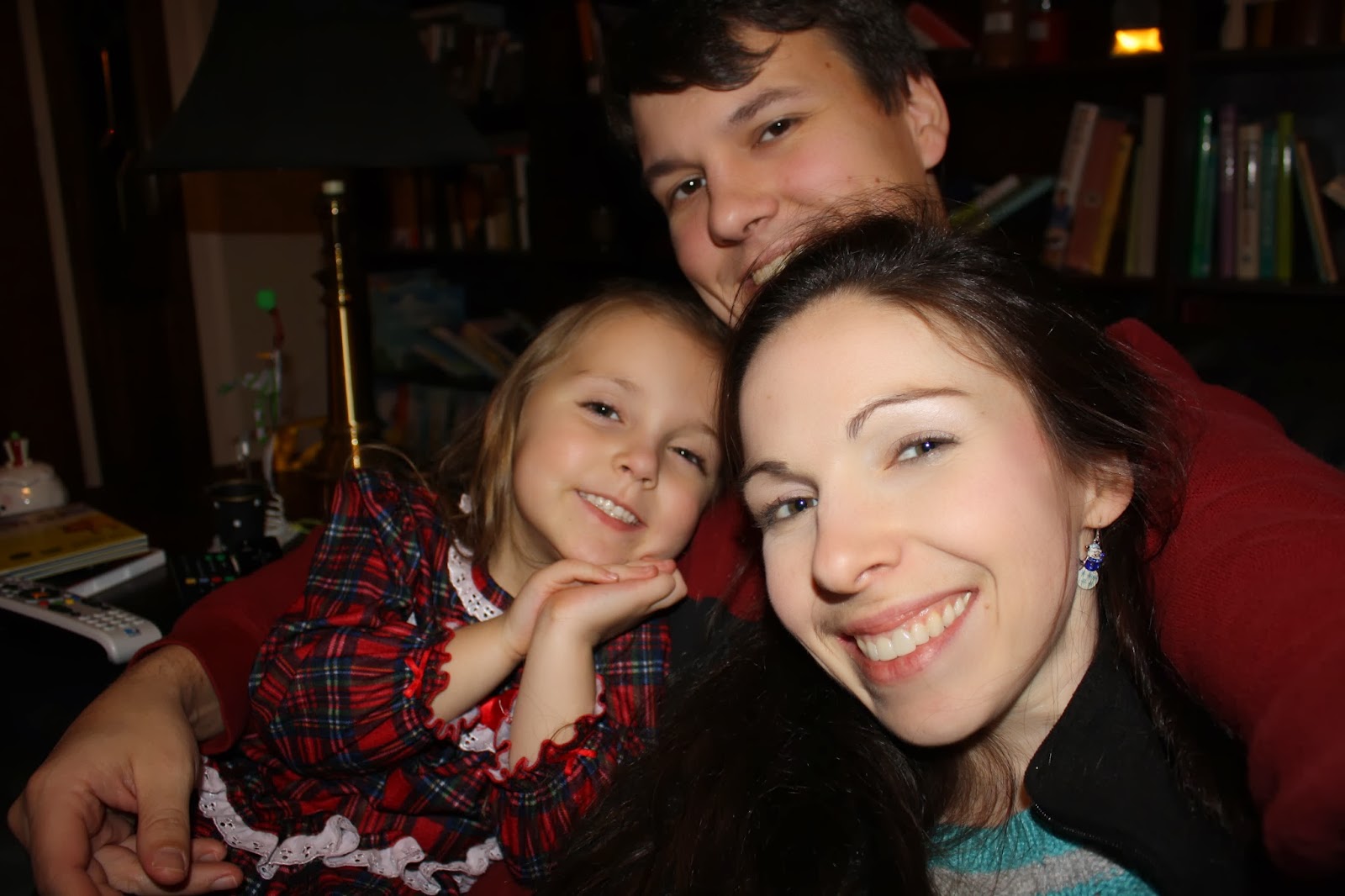 Christmas Eve, we went over to a friend's house for supper.  We made snowman pizzas for the kids and then they made sugar cookies.  It was super fun!  Then K got a present from "Sweet Love" (her secret angel).  It was a movie and some new pajamas.  We then read "Twas the Night Before Christmas" and set out cookies for Santa!  She was really excited.  Then, because her room is by the living room and she has to walk through to get to us, we told her to either just go to the bathroom and go back to bed or come straight to get us.  Do you think that worked?!  Um...no! 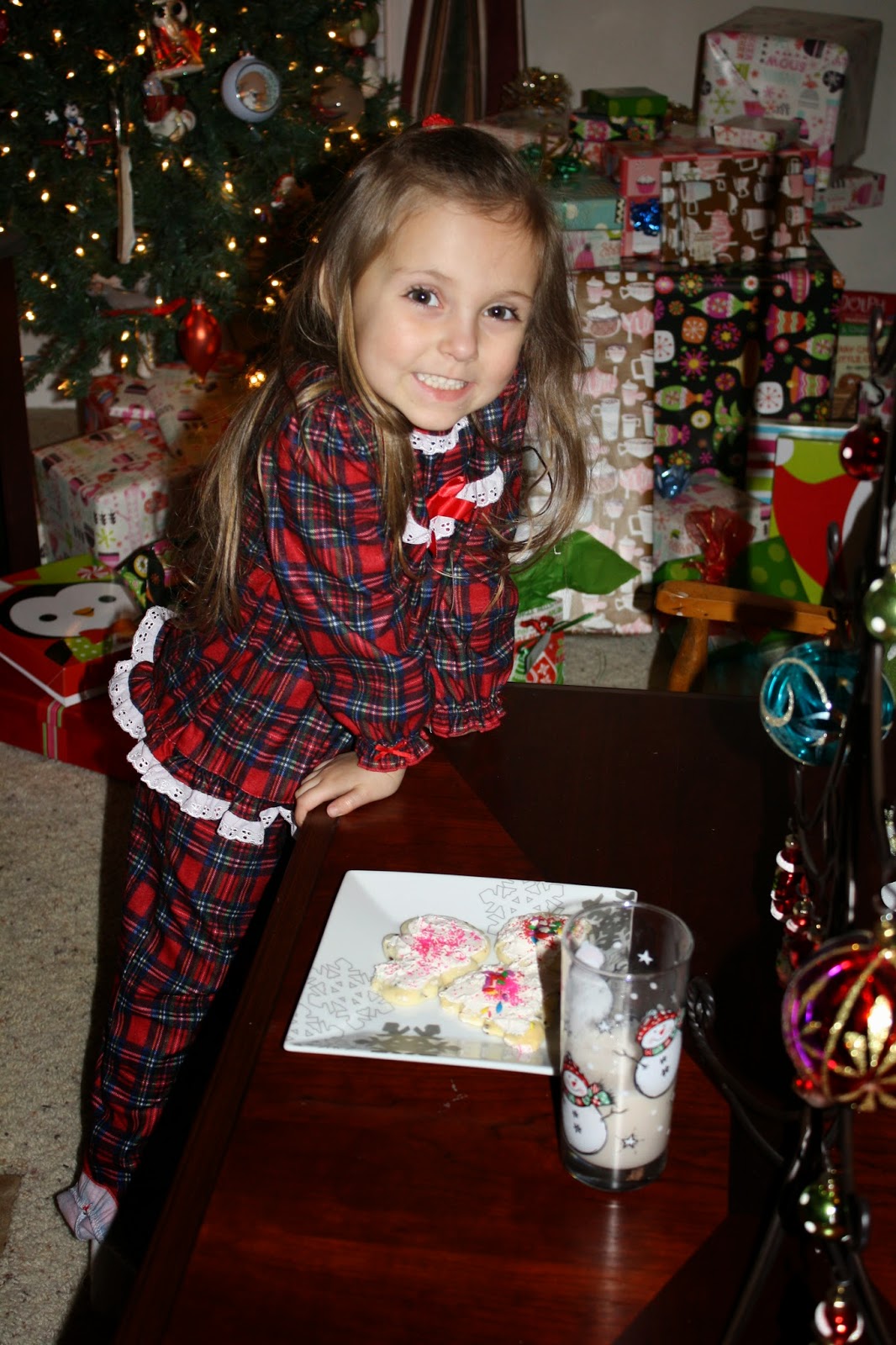 The next morning at 830 (WOW!) we heard a knock on our door.  Now, I had been tossing and turning for about an hour already.  When she came in the room, the first thing K said was "Santa brought me a BIKE!" She hadn't touched or opened anything but she had DEFINITELY looked!  Oh well!  We still had fun!  And we were able to extend the whole morning. 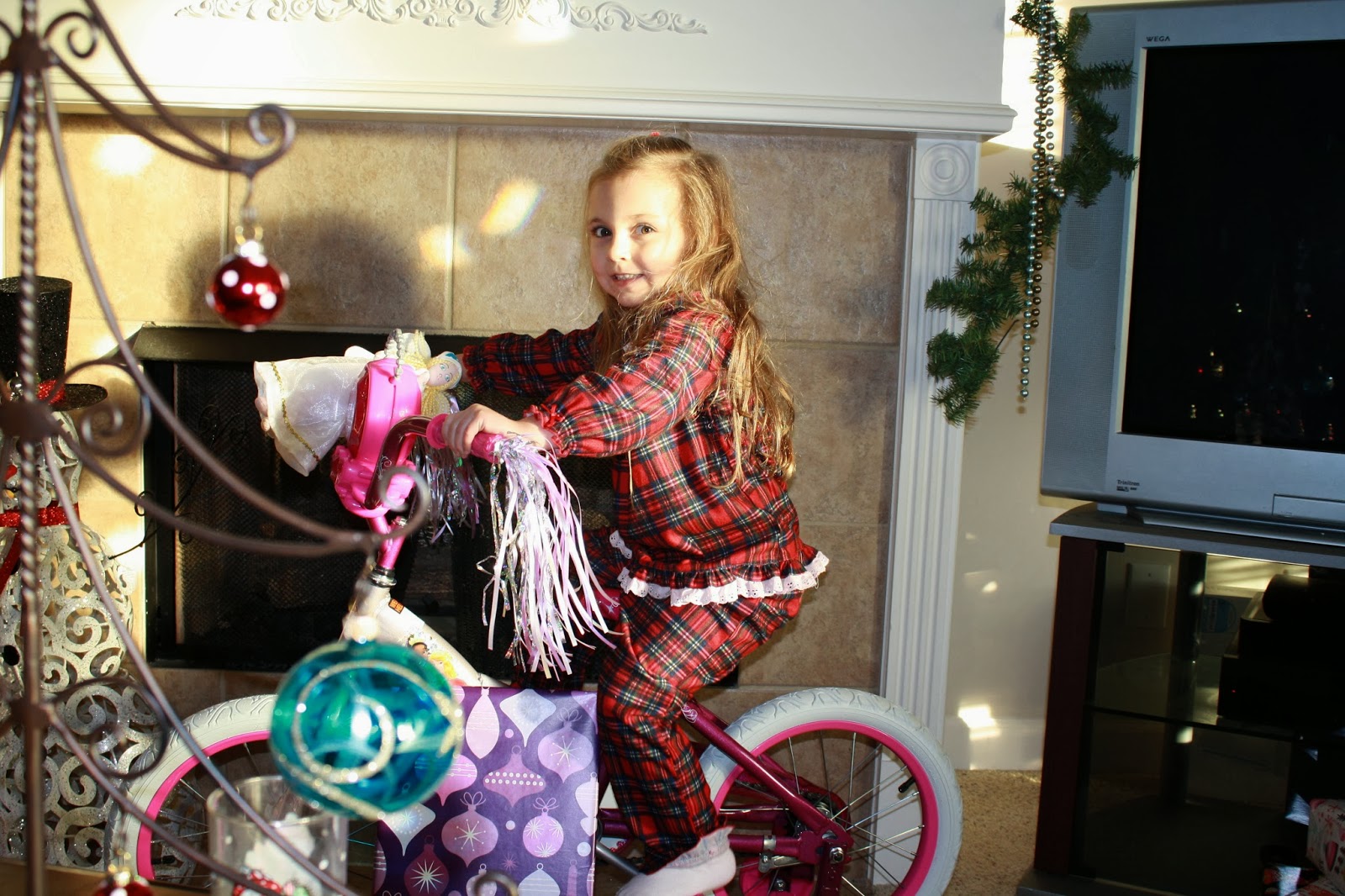 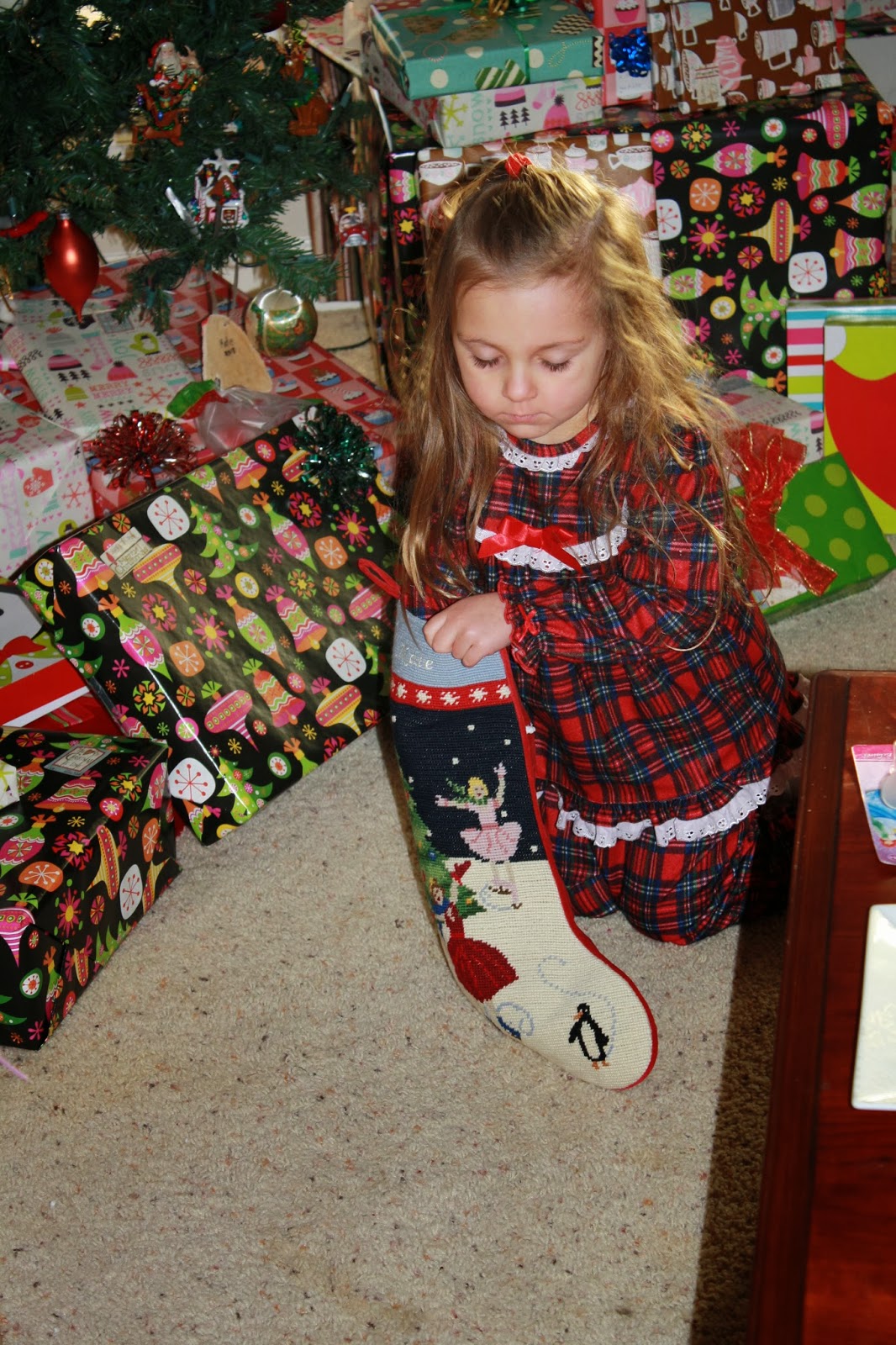 First we opened Santa presents and stockings.  K then rode her bike in the kitchen before we at a fun breakfast of Rudolph pancakes.  I'm not sure if we'll start a specific breakfast tradition, but these were super fun for this year! 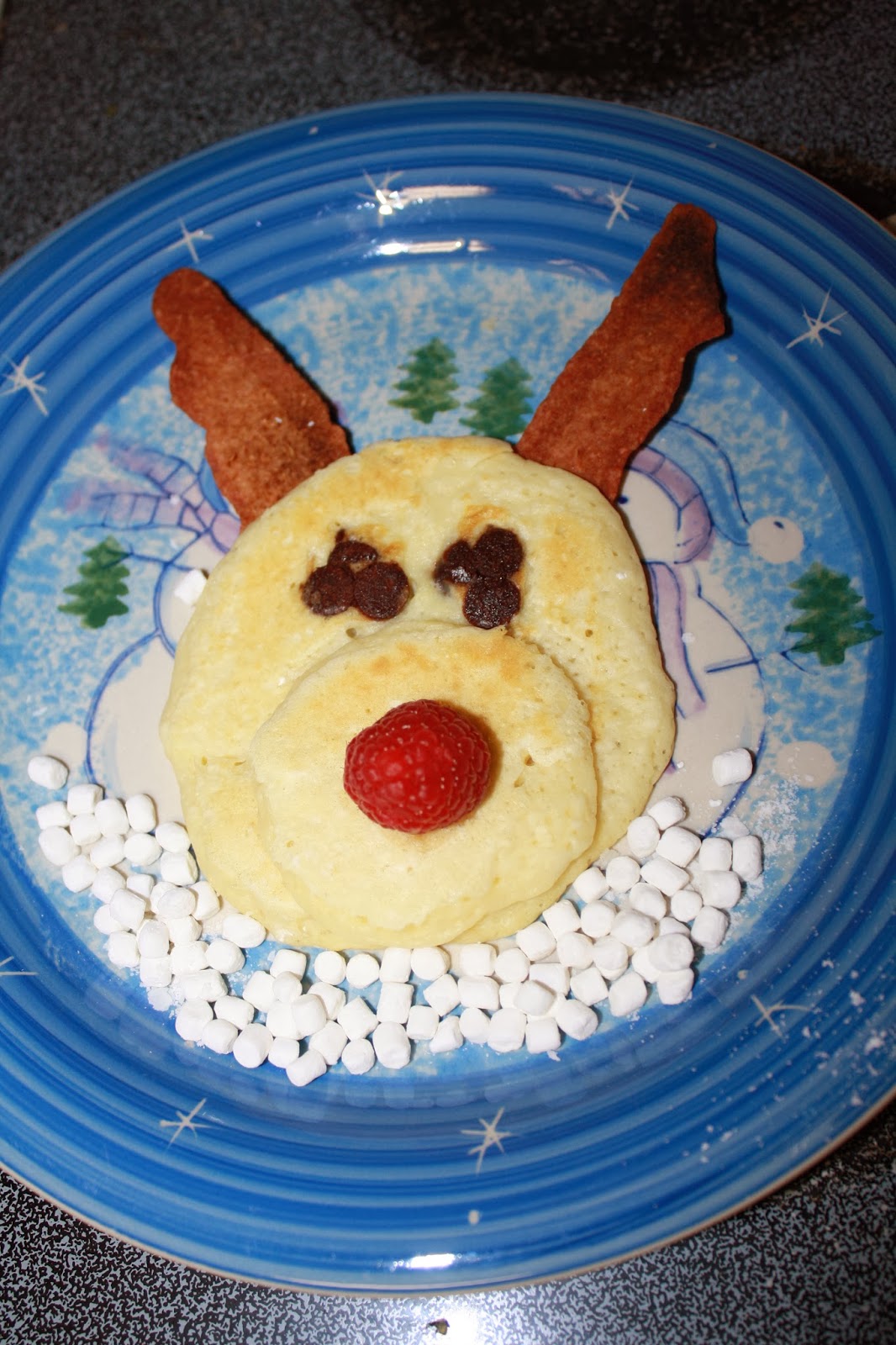 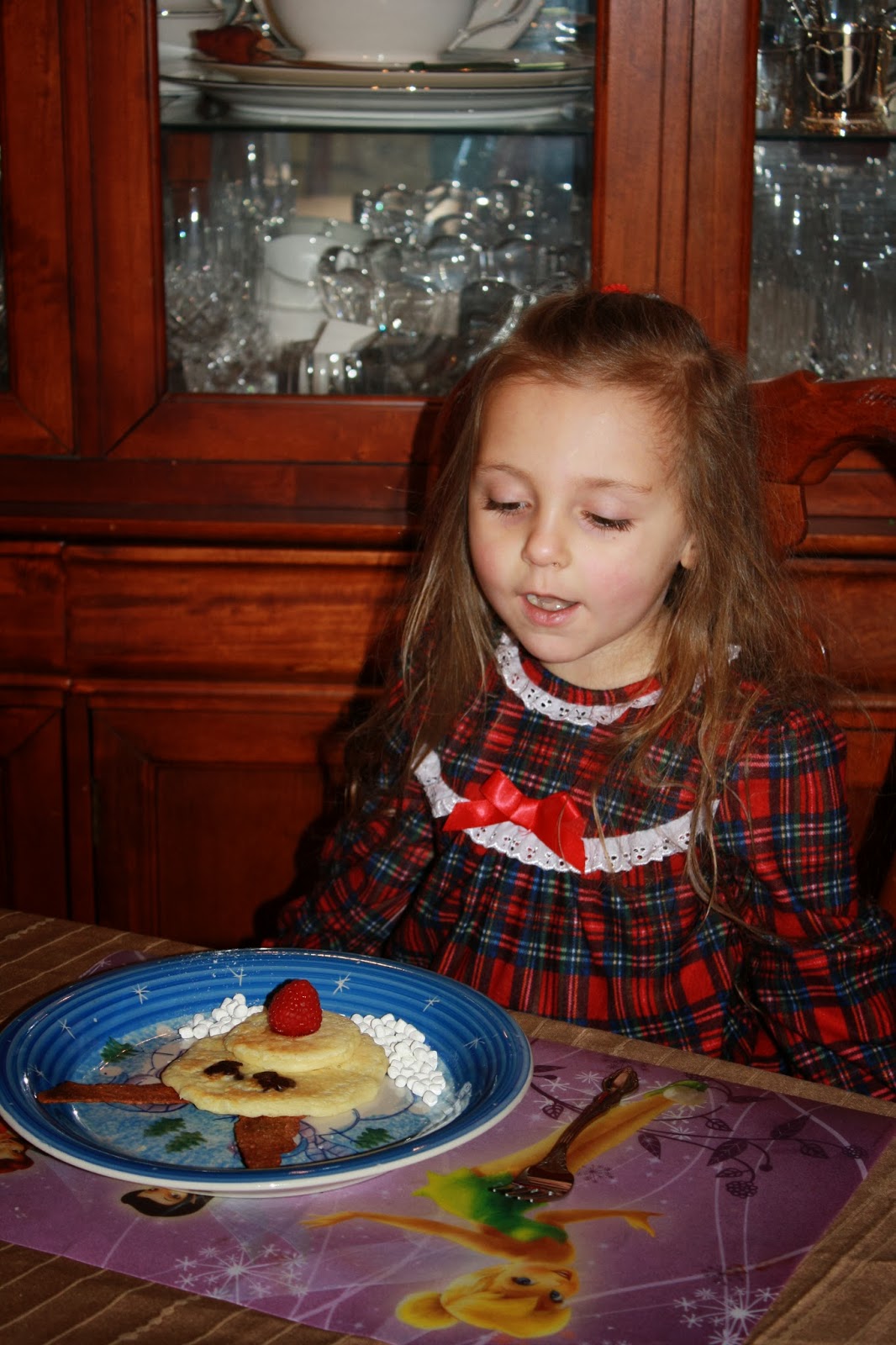 Then we went and opened a few more presents before heading outside for our FIRST bike ride of the day!  K did great! 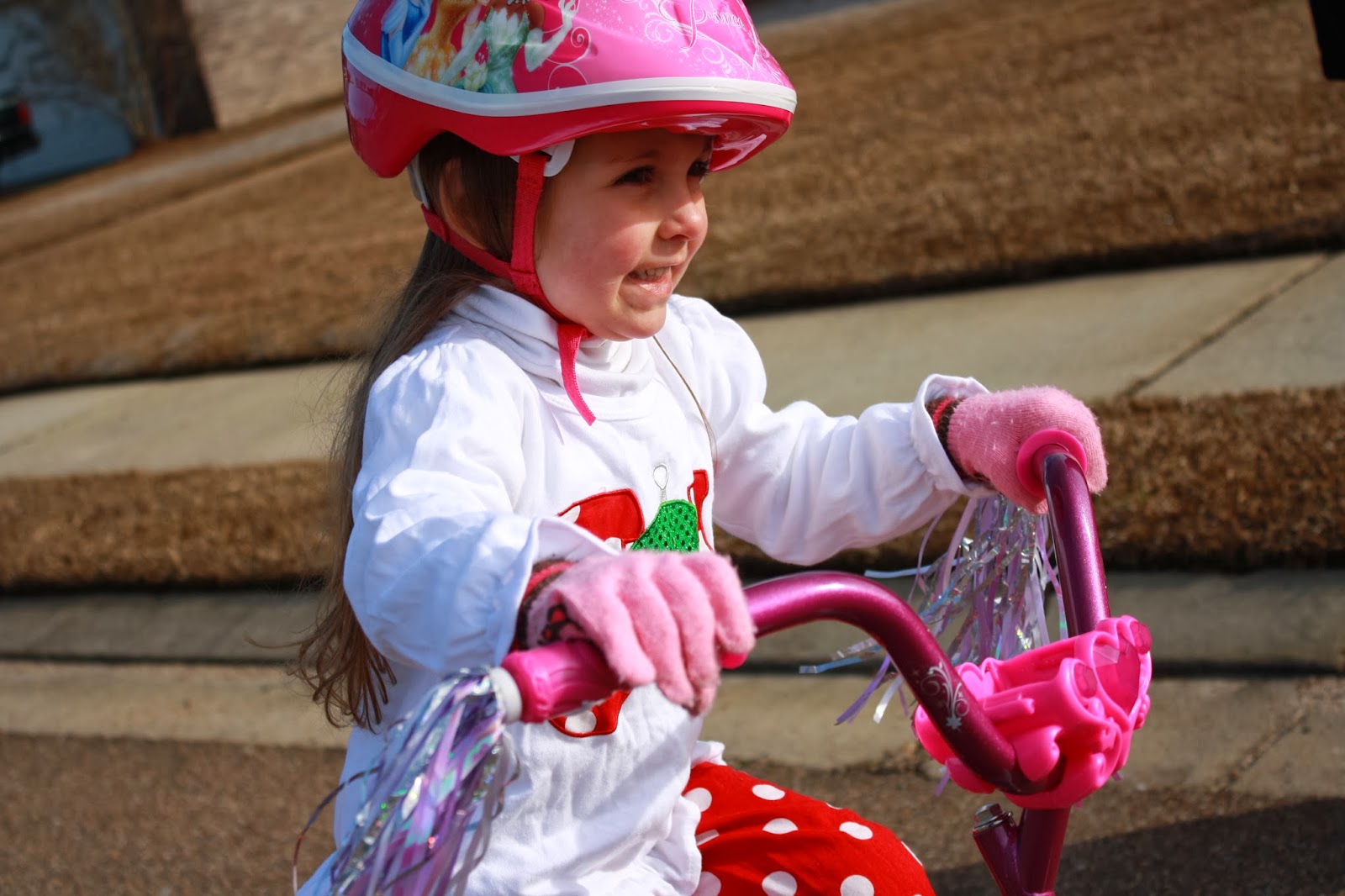 We totaled three miles that day and it was COLD!  We did have to have a few talks about stopping at street crossings, steering, watching where you are going and staying to the side of the road... 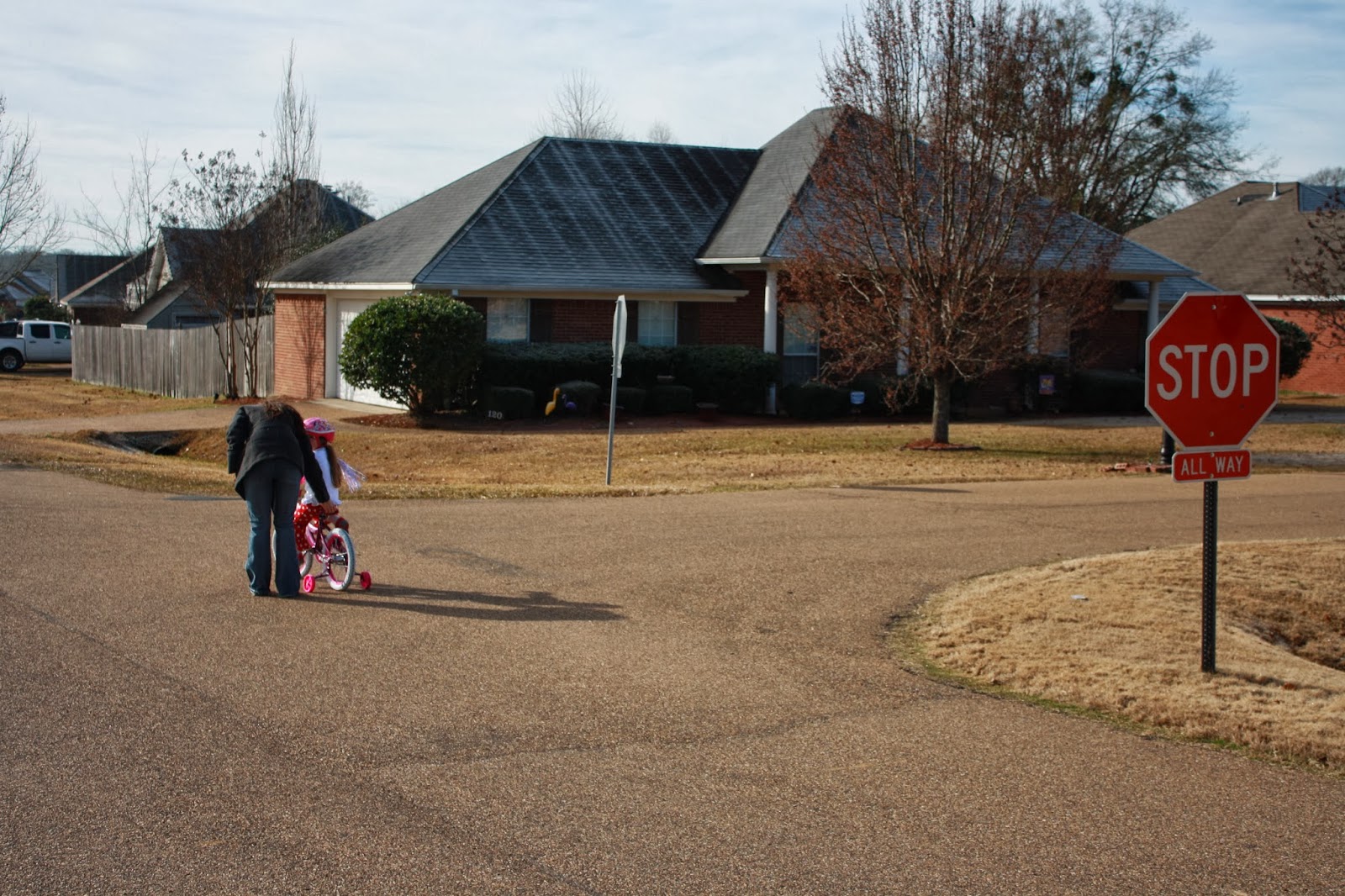 but all in all she was great.  She is now quite expert and thinks she is cool because sometimes "I stand up when I ride."  She's even learned to coast down the hills.  Big girl! 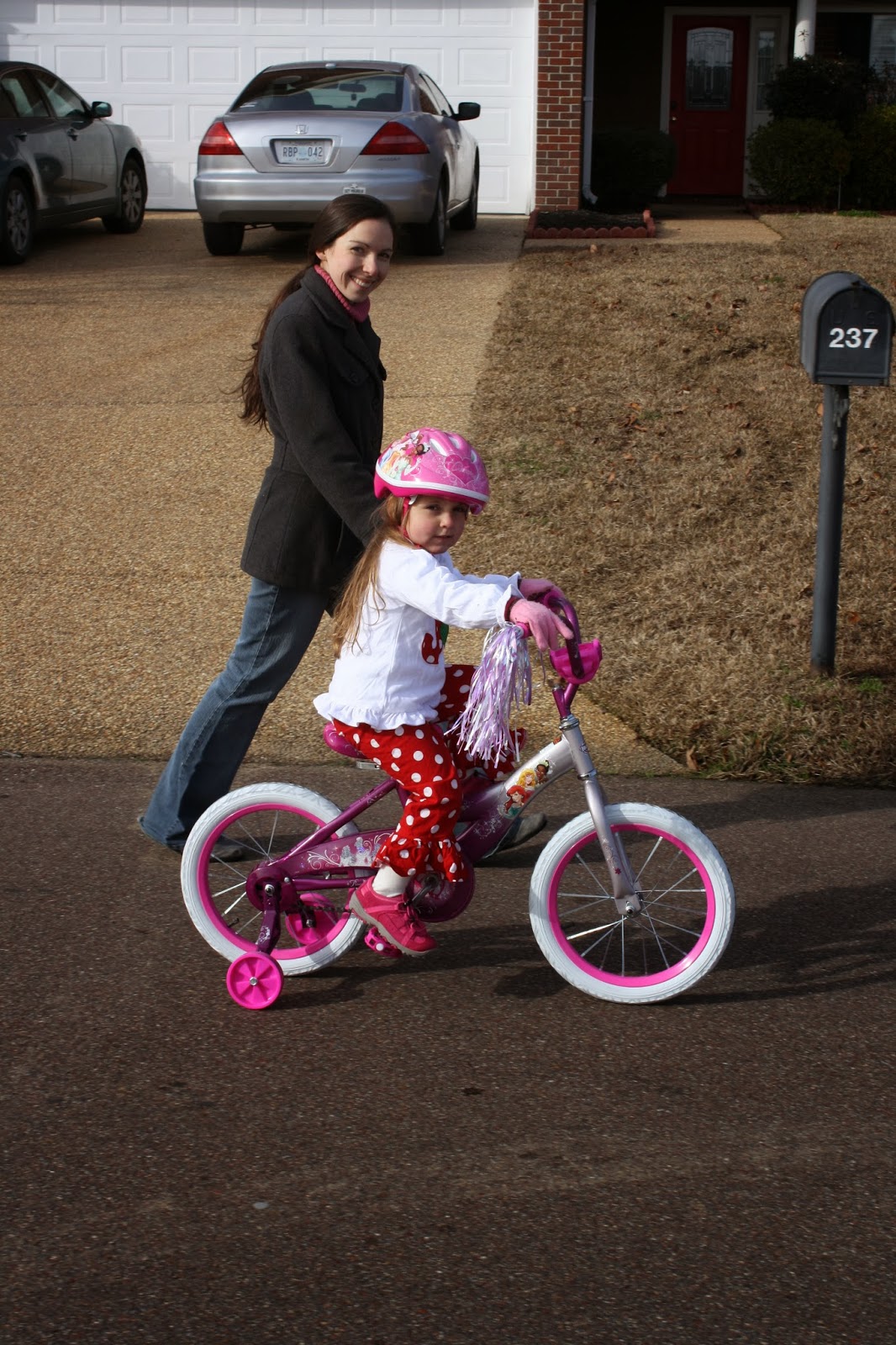 While I fixed lunch, K and David played "Don't Spill the Beans."  We had pecan crusted trout, beans, potatoes. 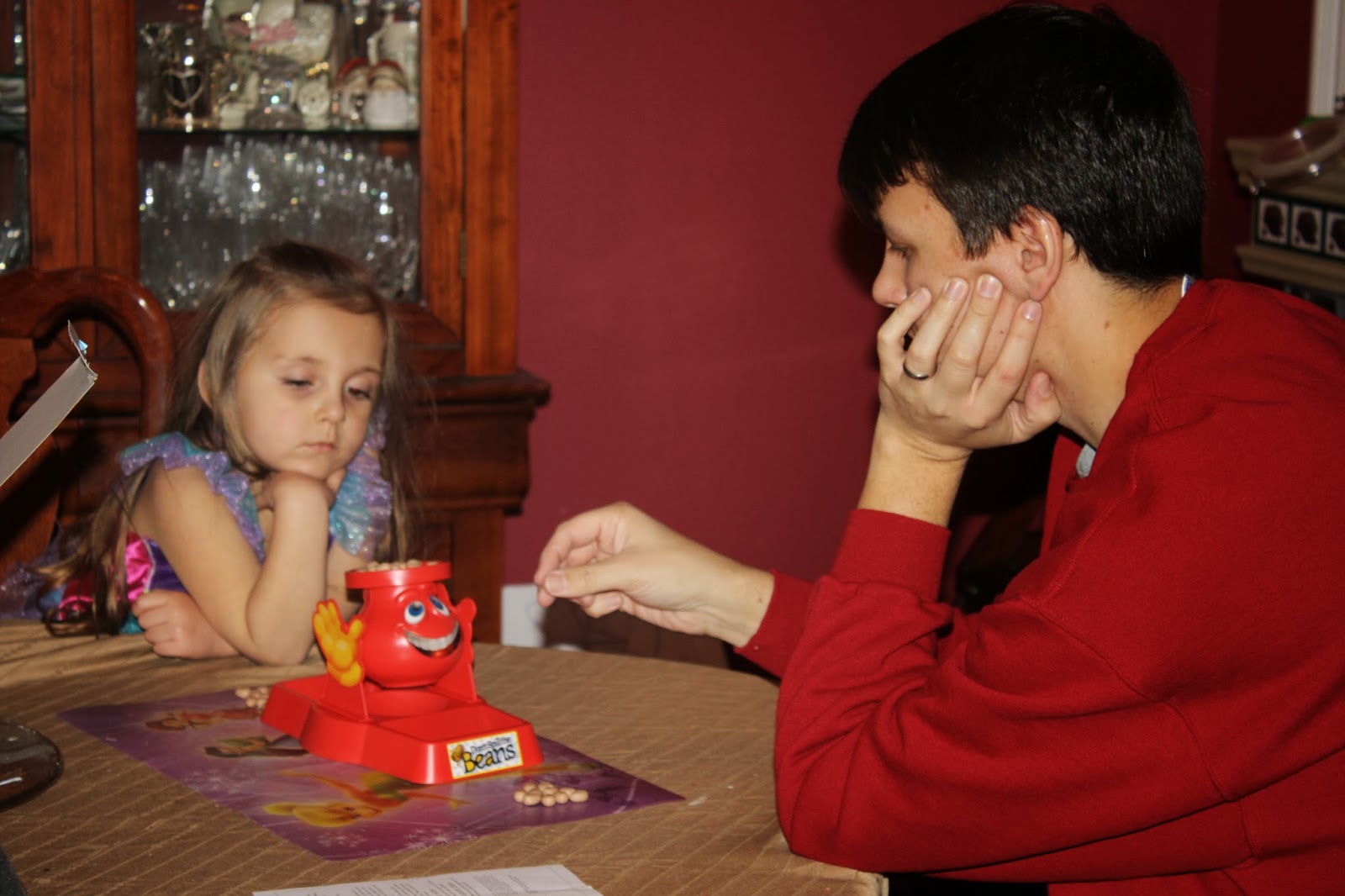 Then for dessert we had whoopie pies...which we put a candle in to sing Happy Birthday to Jesus. 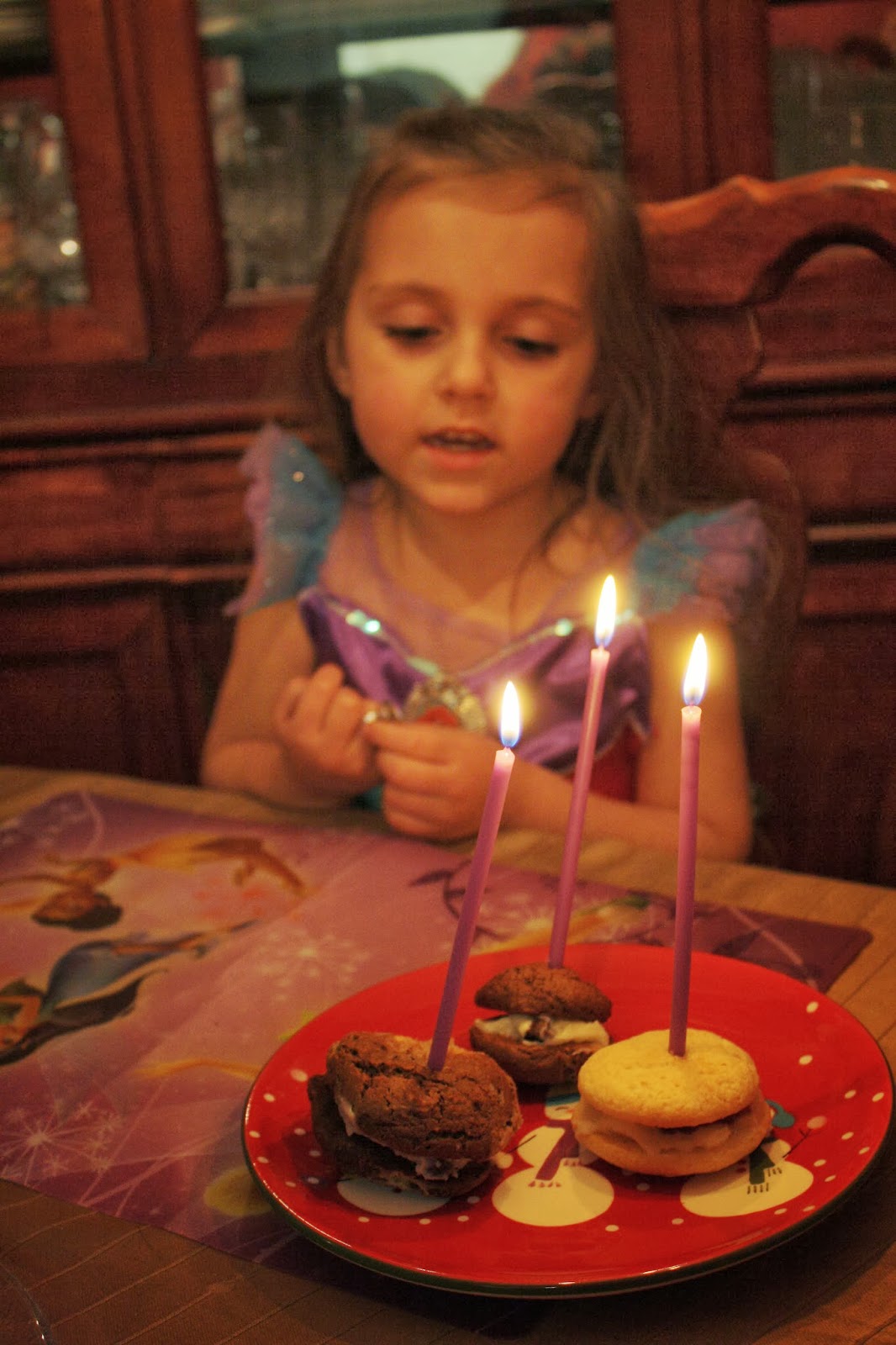 In all the fun of parties, presents, and food, it is SO important to remember that the reason we even celebrate at all is because Jesus was given to us as the solution to a problem called sin.  He would live a sinless life, show us a new way to live, and then sacrifice Himself, so that we can be redeemed and live with God for eternity.  What great reason to celebrate the birth of someone than that!  So, Merry Christmas (2.5 months late!)!
Posted by Unknown at 9:00 AM