Mid-November, my sweet baby girl had her first bout of strep throat.  The night before, she said that her tummy hurt but we figured it was just full from supper.  She woke up the next day and I rushed to get her ready for school.  After we got dressed she continued to complain about her tummy and was just more whiny than usual.  Poor baby trying to smile for the camera. 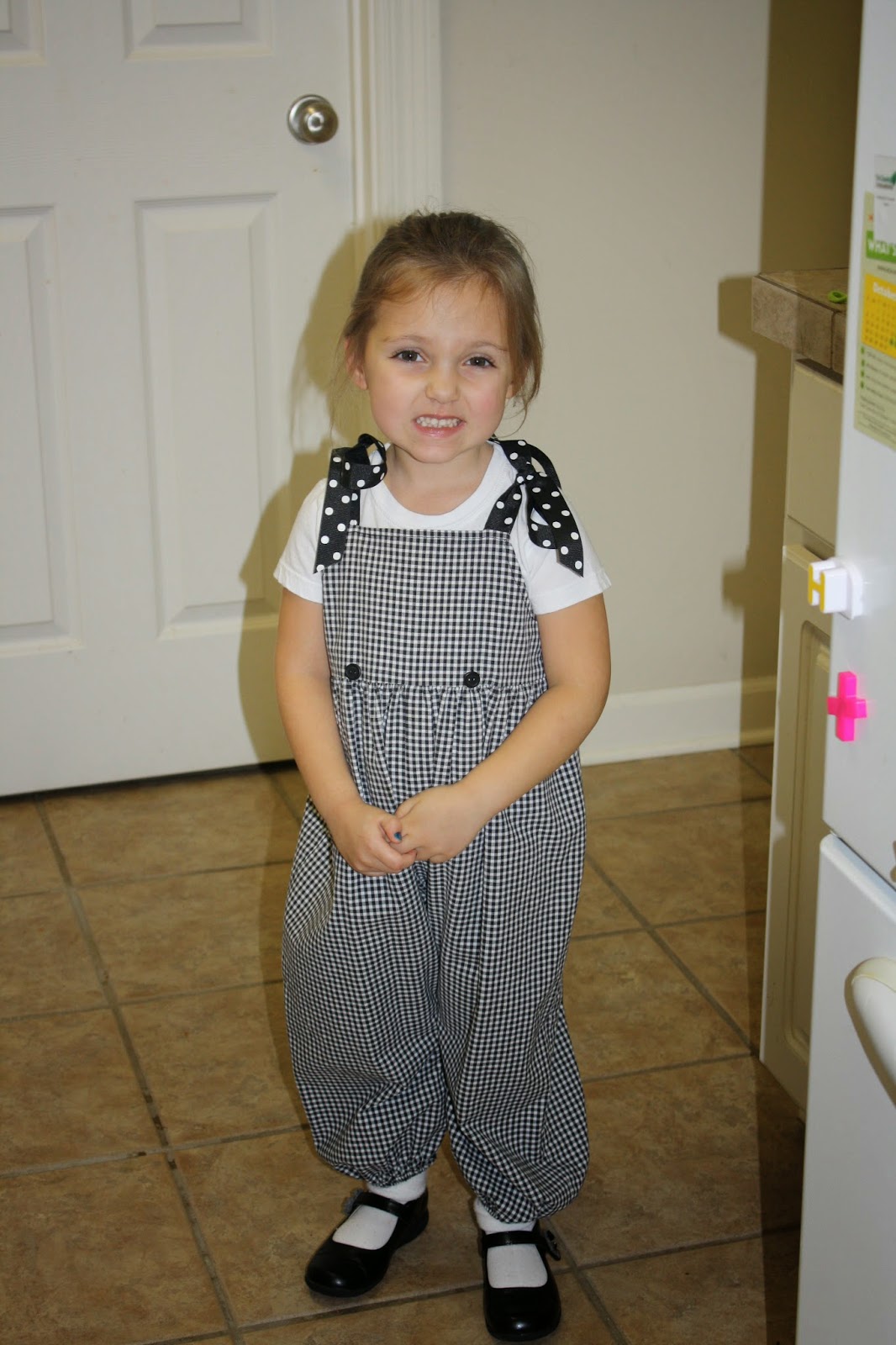 Poor thing had a fever of 101.5.  I looked at her throat and it just looked like strep.  I know it sounds awful but I was praying it was strep...that is treatable!  David said she took the shot like a champ and the nurse said she was such a big girl.  About 6 hours later she was asking to go to children's choir.  All the while, my throat was starting to hurt and I was just done with the day.  Thankfully, we are a couple of doctors and David picked up some medicine for me to start that night.  By the next day, K and I were back to our normal selves! 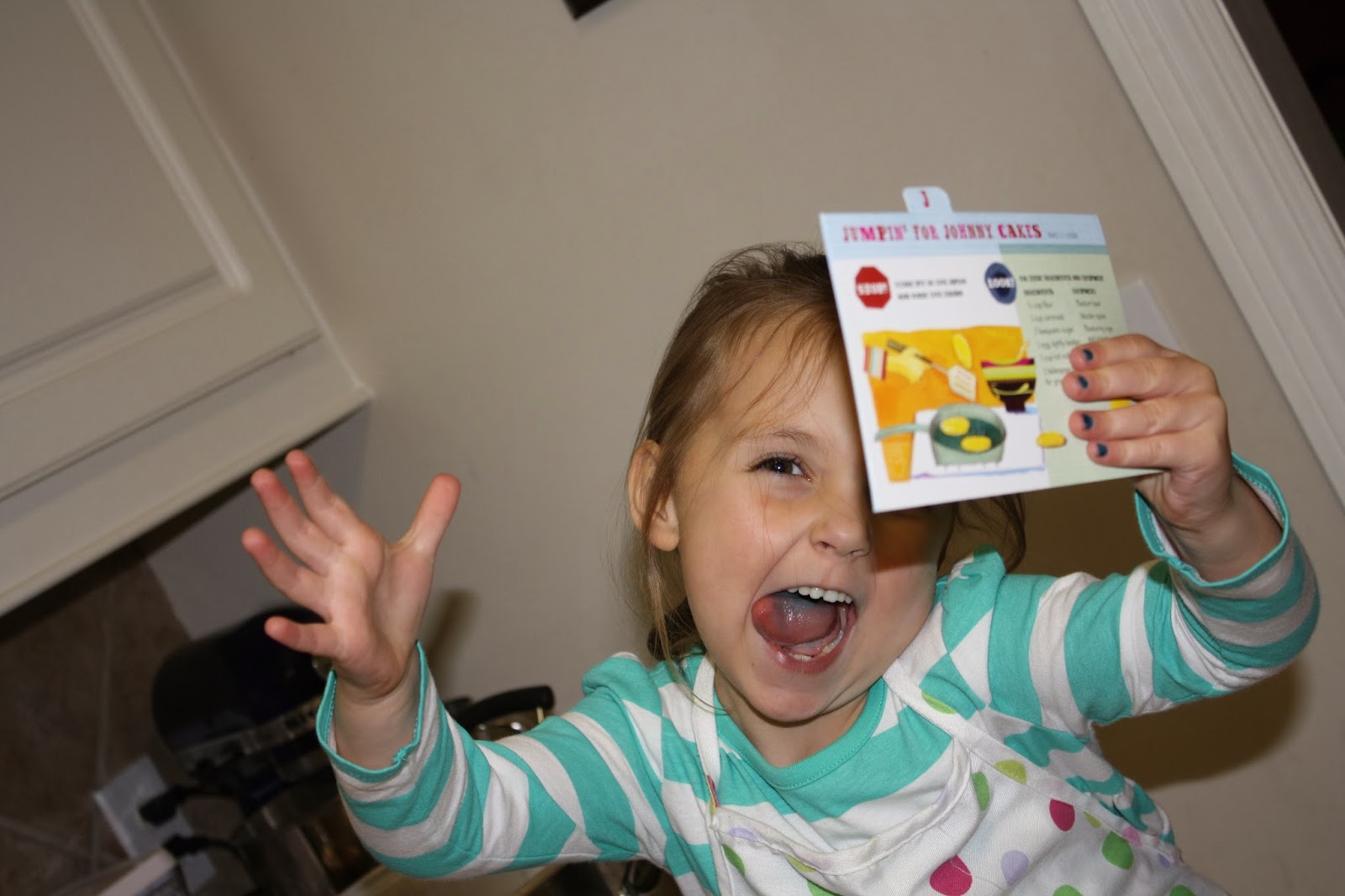 YAY!  Just in time to do the next installment of Cooking by Letter!  At this point, we were still doing gluten free cooking, so I subbed out rice flour for the all purpose flour. 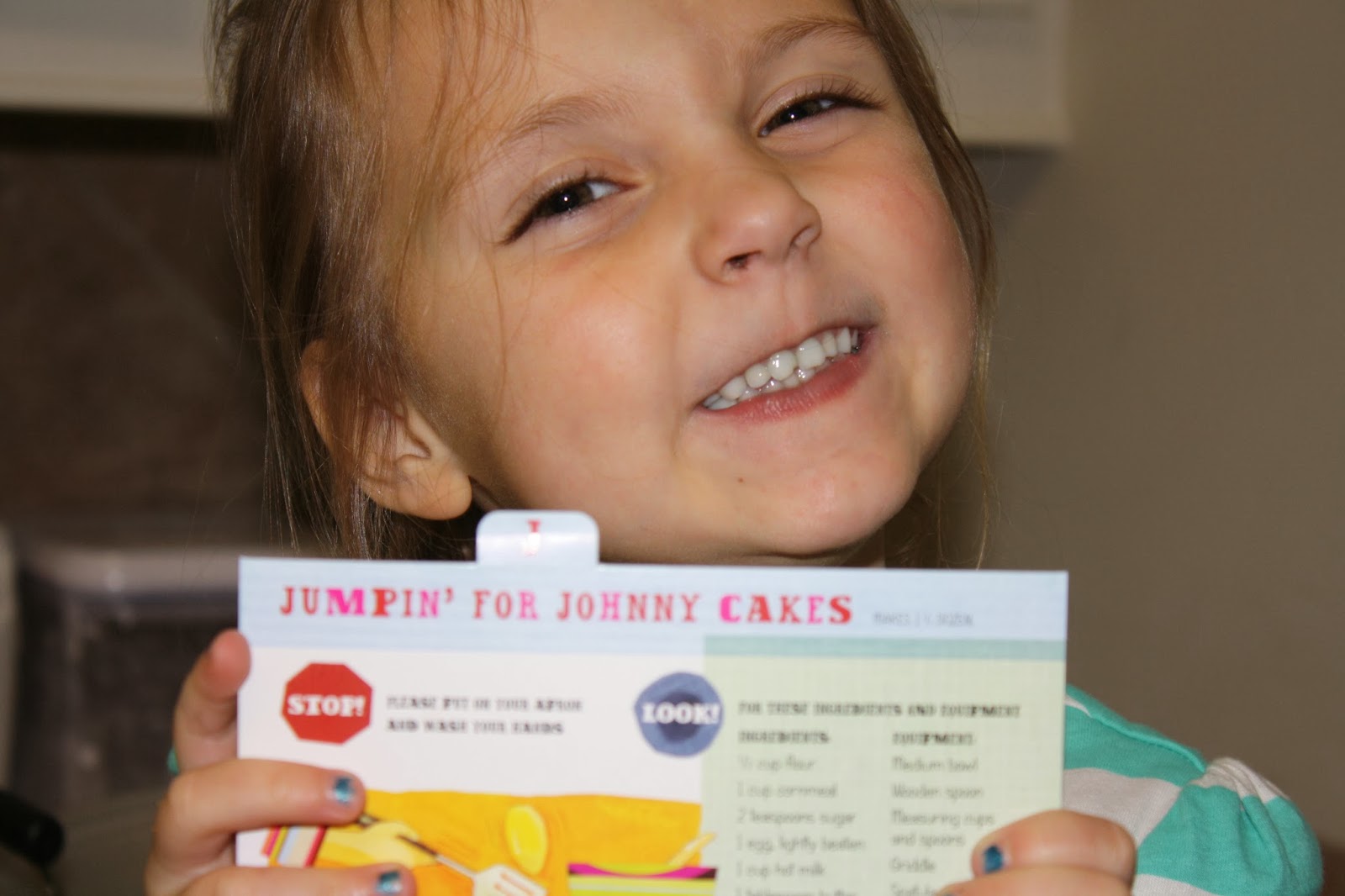 The "J" recipe was "Johnny Cakes."  K thought this was great fun.  Basically, it is little cornbread pancakes.  They were really good, especially hot.  David and I had jelly on ours. 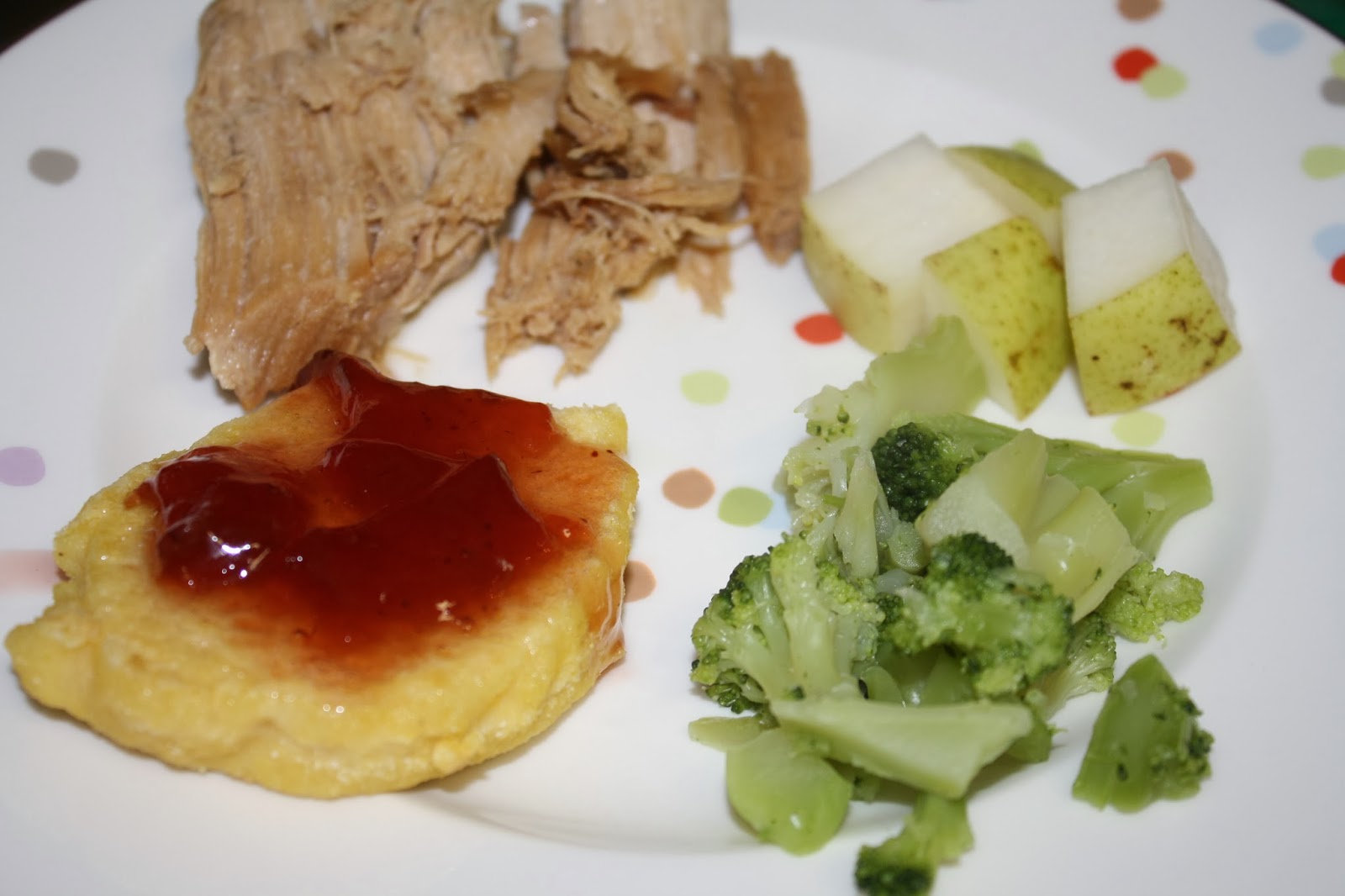 Later that week, David a pork sandwich with the johnny cakes as the bread.  He said it was pretty good.  I'd definitely recommend trying them.  Kids would think they were so much fun.  They'd go great with soup!

- Pour all dry ingredients into a medium bowl.
- Stir in the egg and milk.  The batter will be lumpy.
-* Heat the griddle until it is hot. 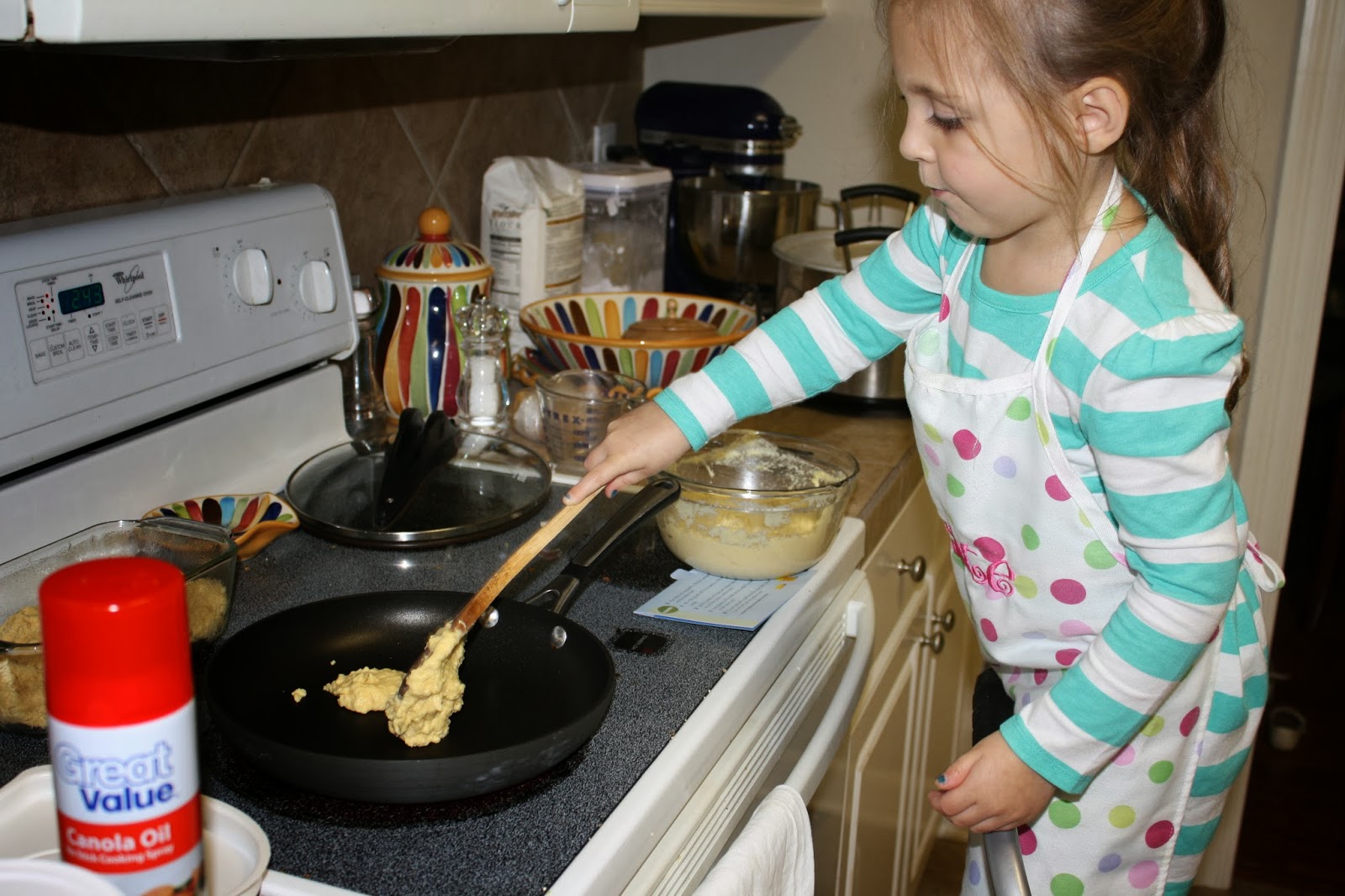 -Drop spoonfuls of batter onto the pan in half dollar sizes (I let K do this...with close supervision).
-* Flip eat cake with a spatula when edges brown.  Cook until golden.
ENJOY!
Posted by Unknown at 9:00 AM