After our Christmas party, we went home to finish packing.  We left a little later than I wanted to but it was fine.  K slept about an hour and then played the rest of the way (including watching Mary Poppins!) without asking for a drink OR to stop to go to the bathroom.  That's FIVE hours in the car for a four-year-old.  Impressive! 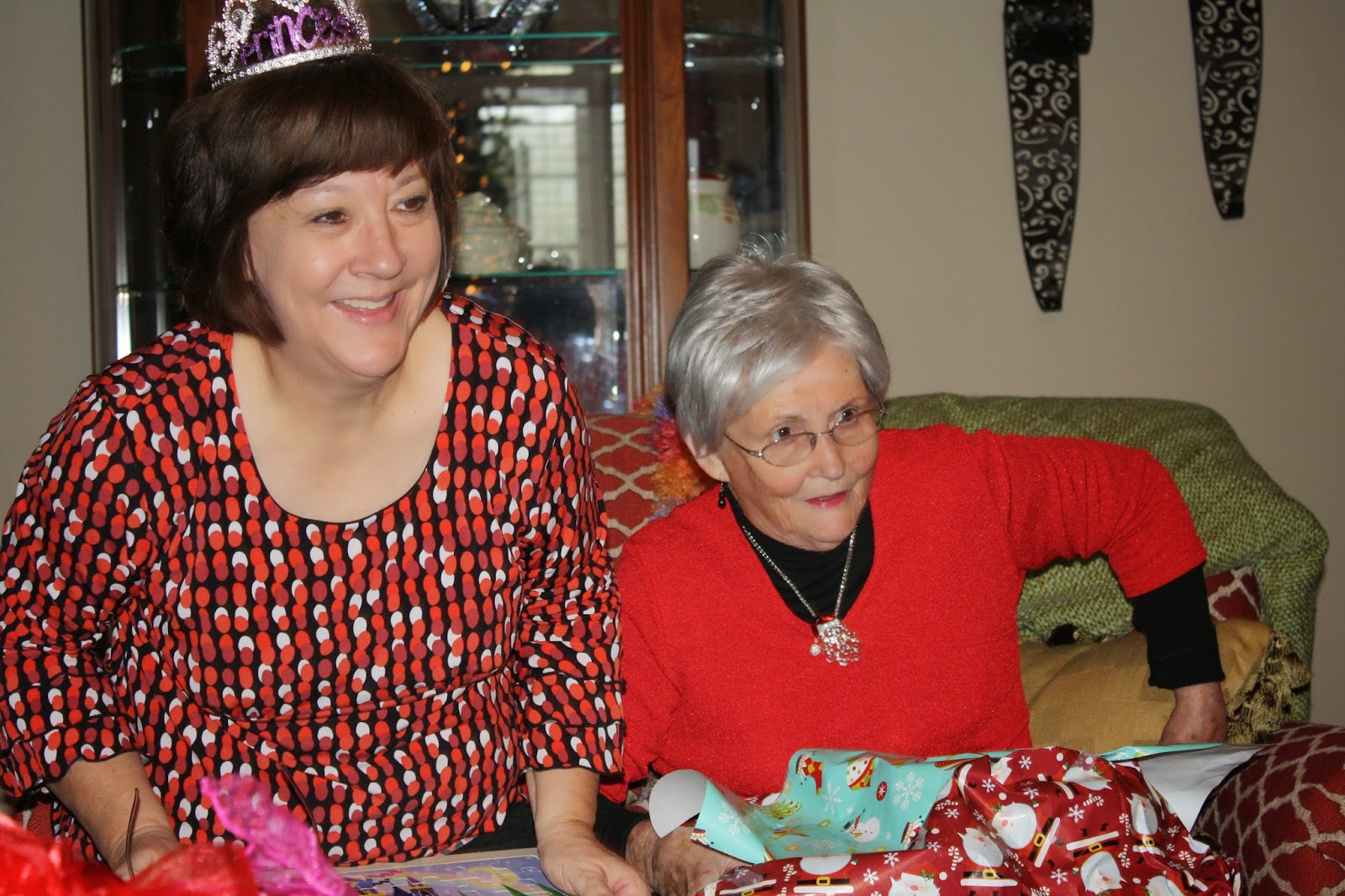 When we arrived, we had taco soup that I had brought.  Then next day, we had "Christmas" lunch and then opened presents...after K decided to wrap some "presents" of her own! 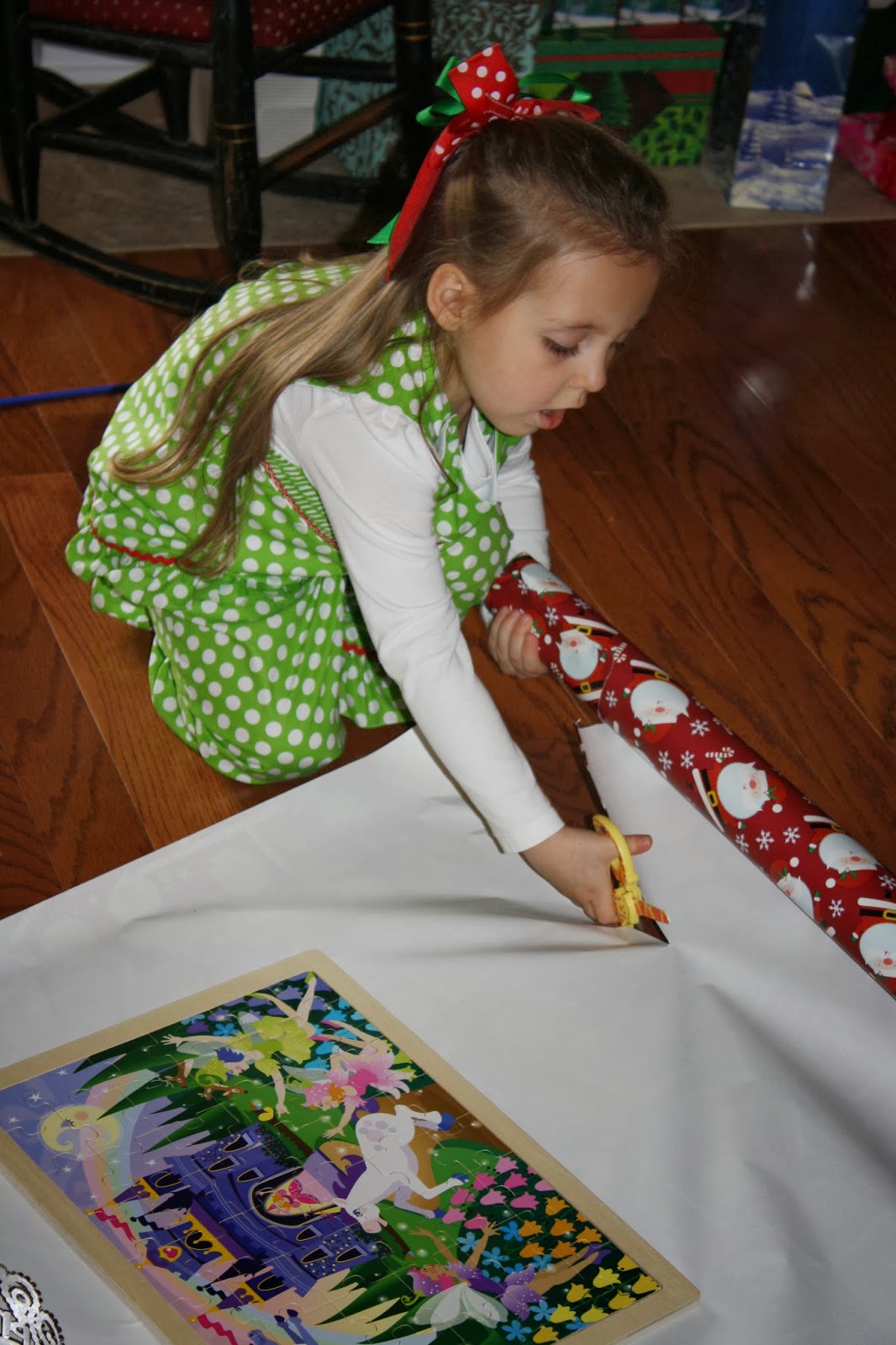 K got some fun stuff including a drawing easel, some Twinkle toes, and a really cute bear scarf from nana. 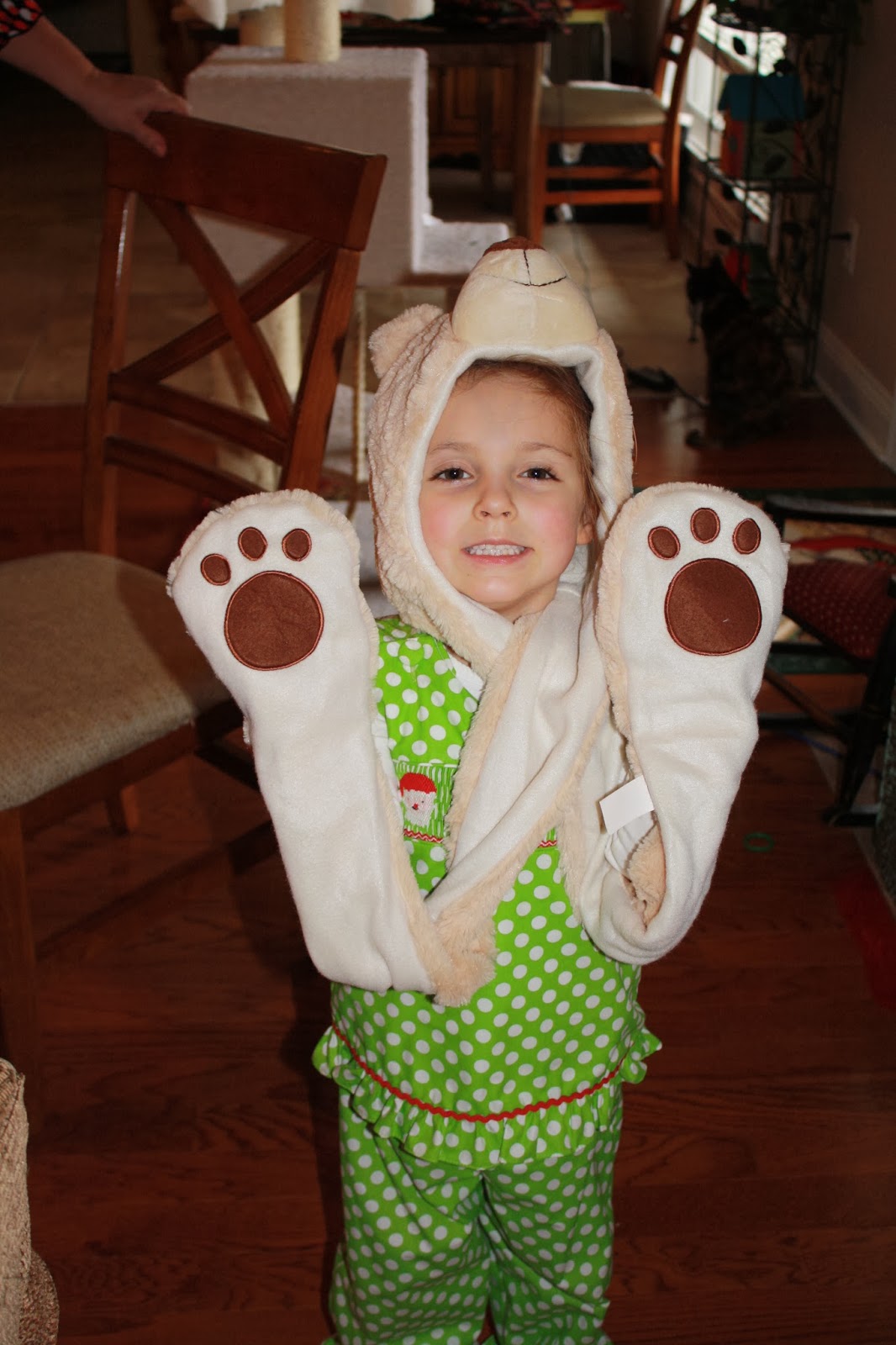 I got lots off my Amazon list including these SUPER cute red Tom's (that K said were her princess shoes). 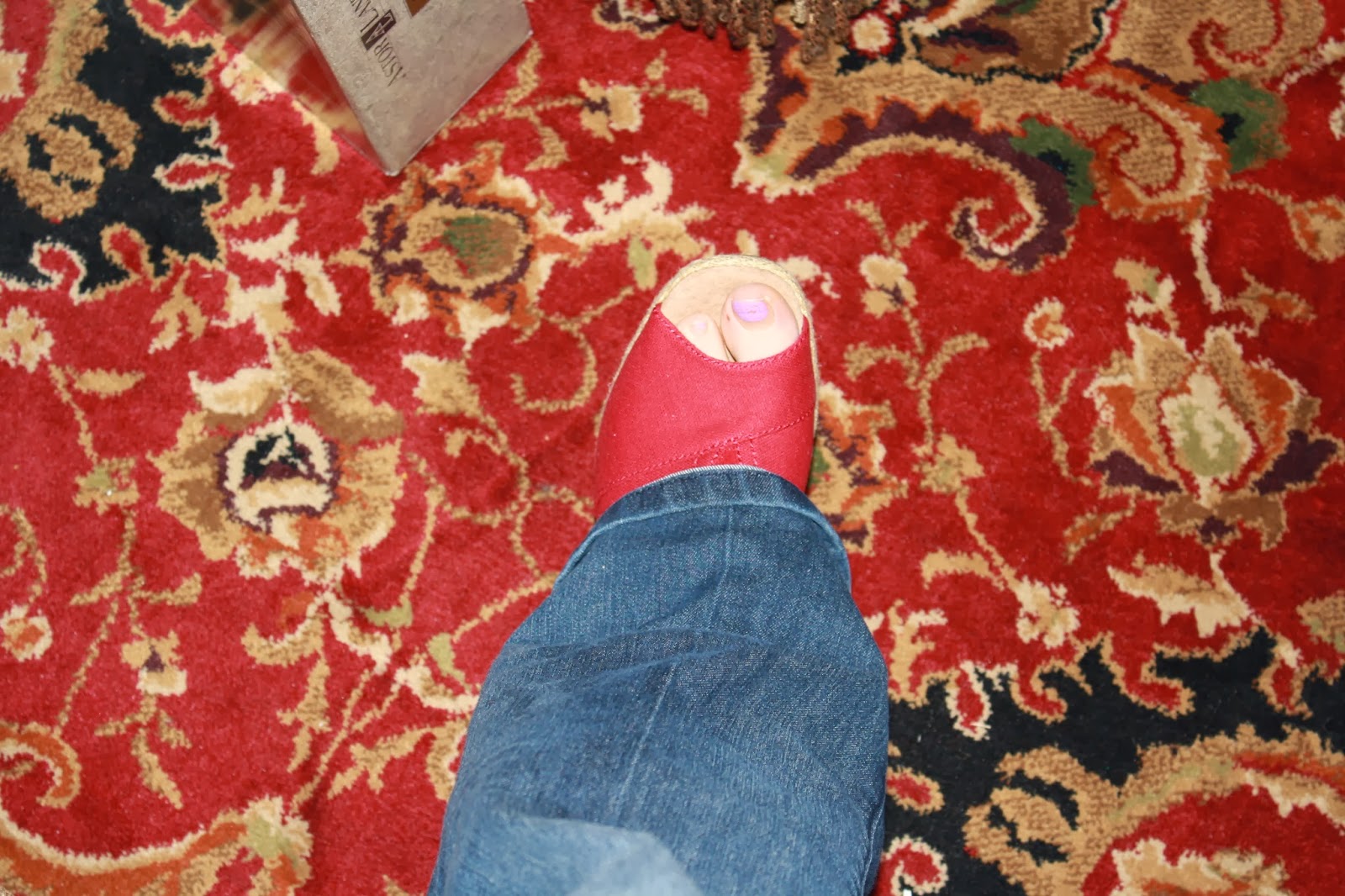 David got a nice watch, books, and a fun shirt. 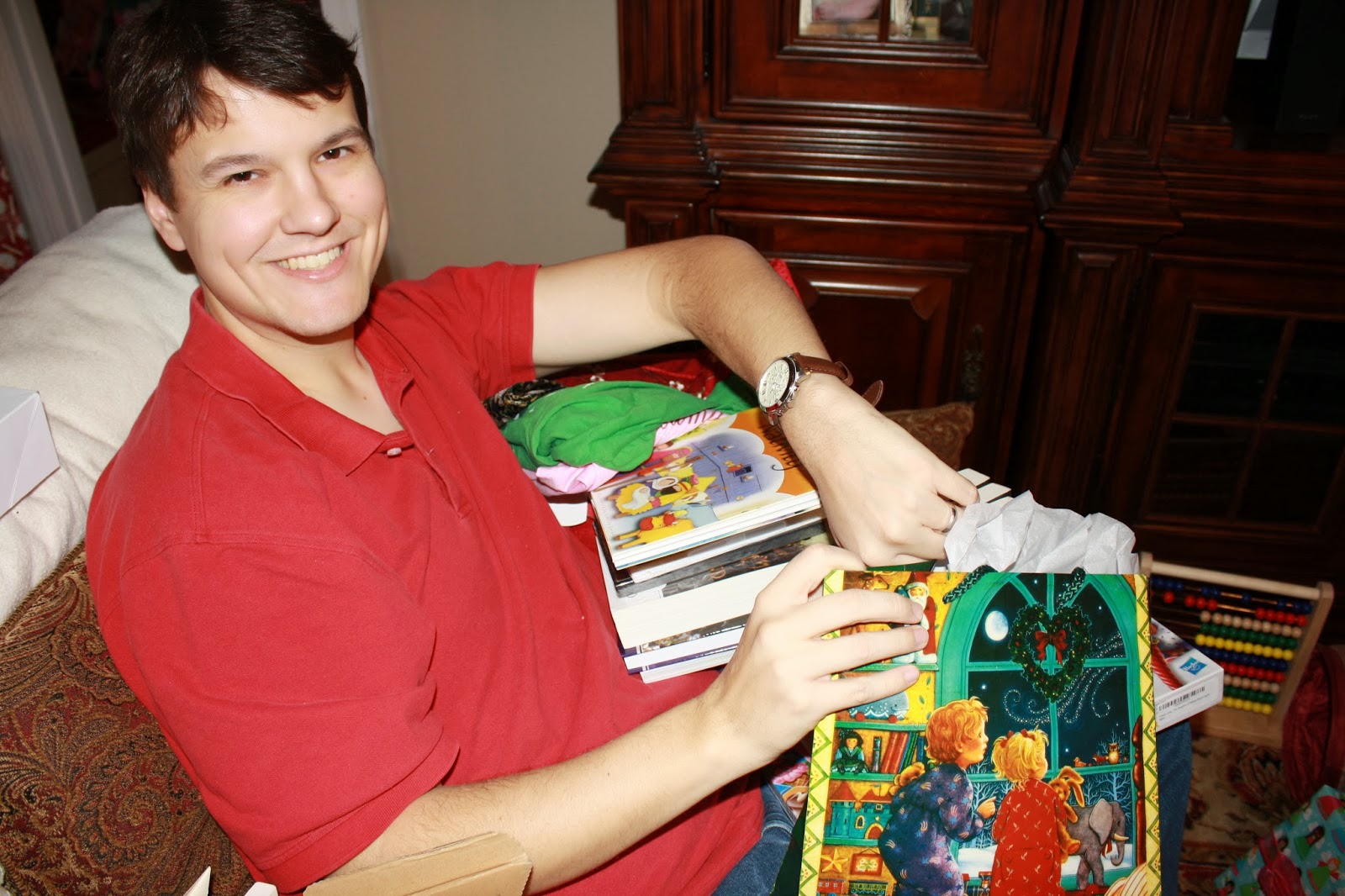 And Granddaddy got the BIG gift of the day with and iPad.  K was quite relaxed when he was opening it and said "You're going to like it...You're welcome" even though she didn't know what it was.  :-) 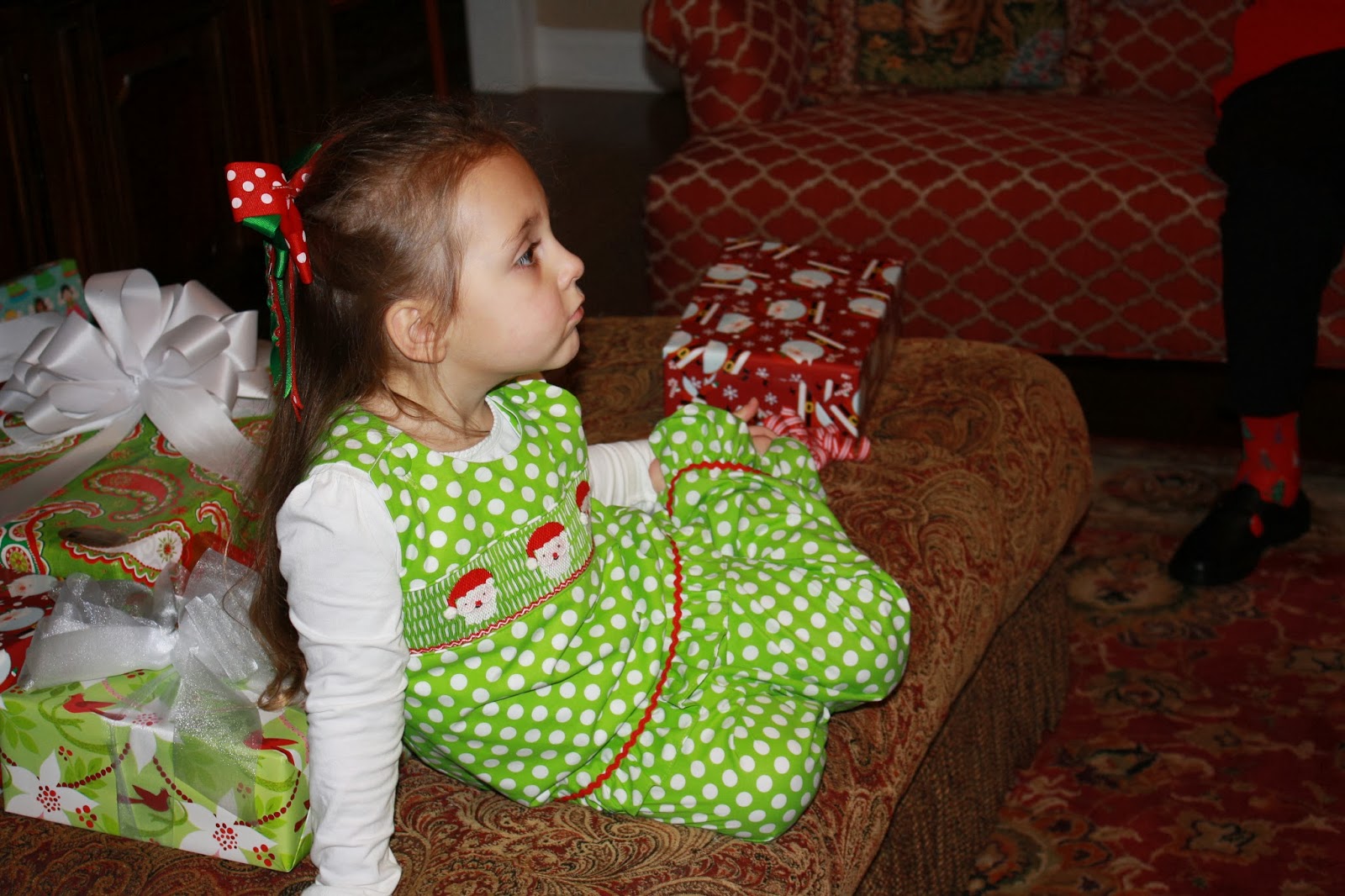 After a short nap we visited more.  The next day we went to church with David's family.  Before going back home, we ate at Panera bread (YUM!) with Grandmother.  K slept all the way to MS (almost 3.5 hours).  I'd say that she was a tired little puppy!  But we had a great weekend! 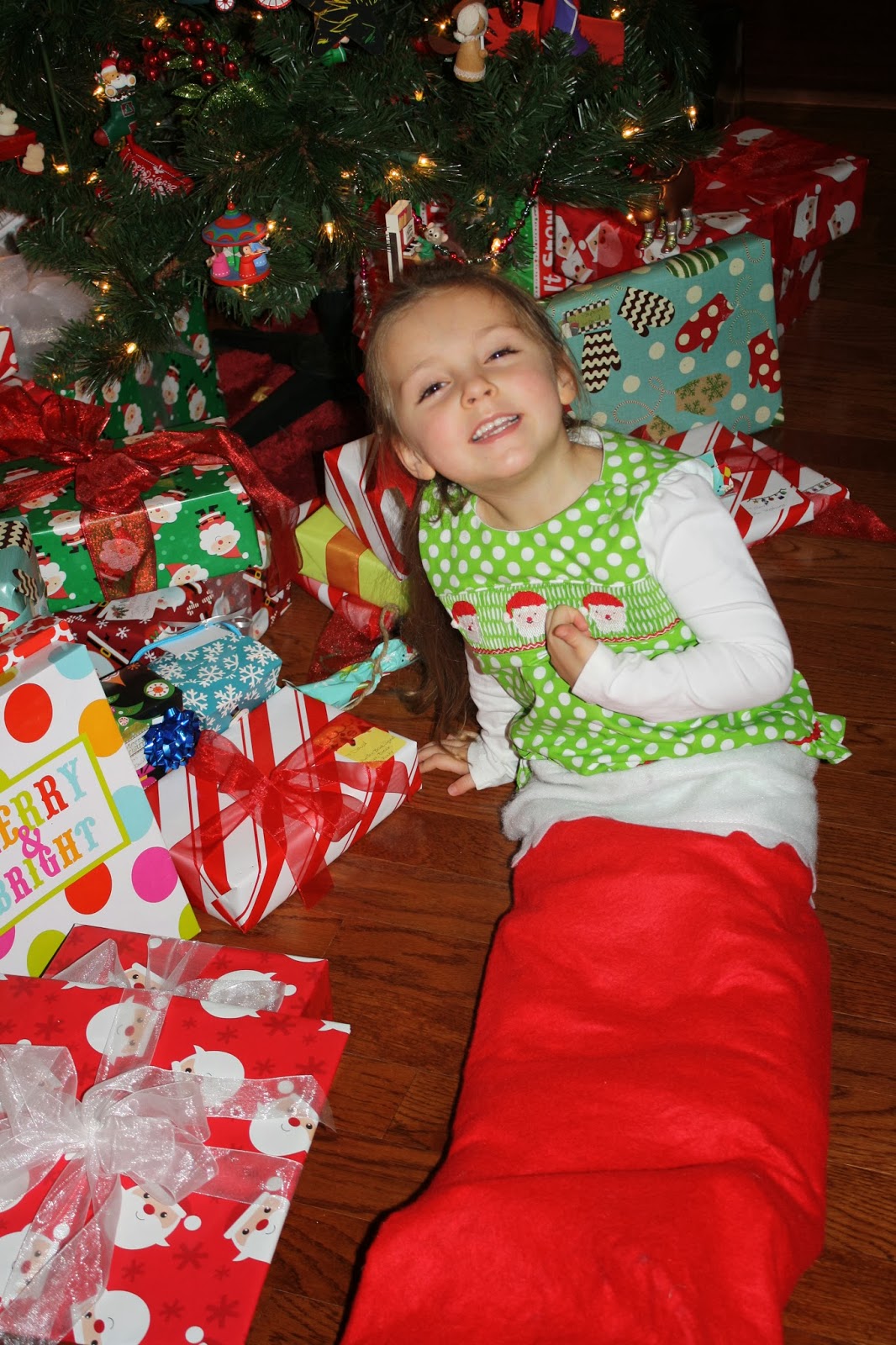