After Thanksgiving in Decatur, we traveled to my parents' house in TN for the big Nettles' Thanksgiving. 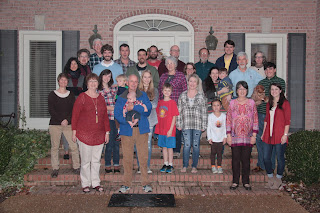 We were the first there and set to work making refried beans.  Caleb helped and was so excited that he did it! 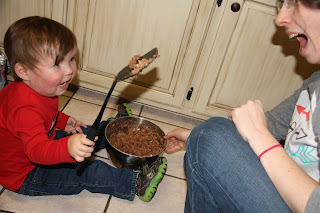 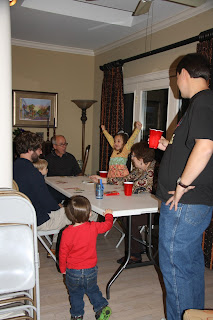 and we had dinner.  Afterwards, the kids all ran off some energy outside with a very bright ball.  I believe Caleb was kicked in the face by Kate just after this picture was taken when he ran to grab the ball and she kicked it.  No damage! 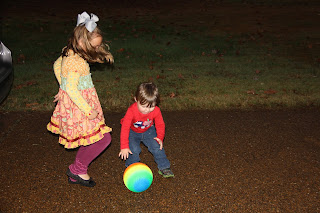 That night was apparently climb on people night because Daddy played horse for Kate and Caleb and then they both piled on top of David as well! 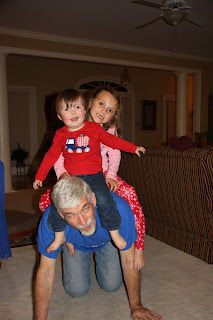 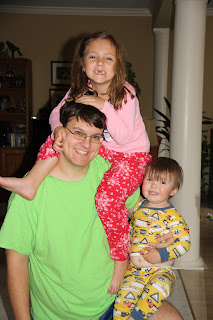 Thanksgiving is pretty much just a BIG lunch with everyone doing whatever they want from games to puzzles to climbing to walks.  Caleb joined the big guys and Uncle Tony in a game of beanbags. 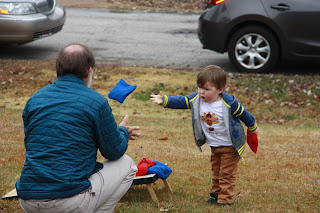 Kate, of course, climbed her tree but Caleb refused! 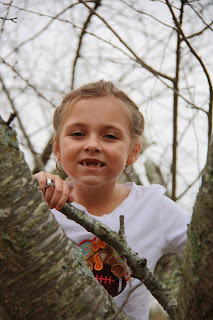 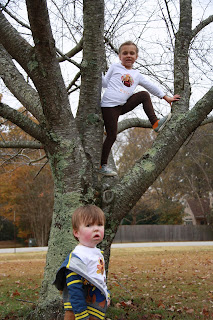 Later that day, Kate rode her bike and then took a LONG walk with me and Aunt Margaret where she collected several treasures.  When she got back home, she worked HARD on a craft with Aunt Margaret, which was a big secret and I was reprimanded several times for looking (even though I wasnt! Ha!). 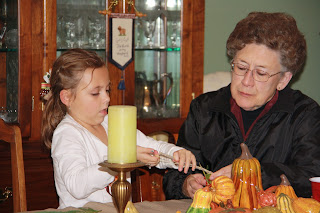 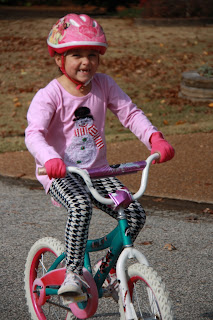 Caleb dreamed of riding the motorcycle while everyone else just visited. 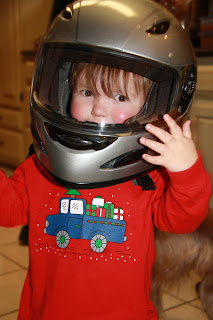 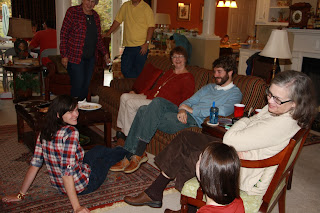 The next day, everyone comes back over for gumbo and then heads in their own directions.  We stay for a few more days.  Thankfully, Philip, Kenna and Ms. Rita stayed as well, so we got some extra visiting in. 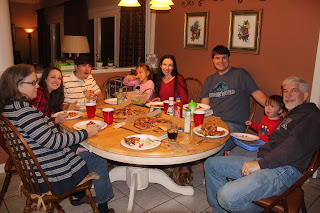 The big excitement was getting ready for Christmas now that Thanksgiving was over.  We started with Christmas PJ's and books. 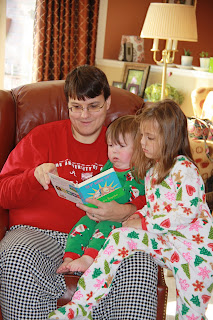 Then the kids, Mama and I worked on another candy house. 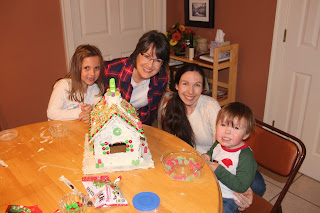 Caleb mostly ate icing - until I told him to stop and he got VERY upset!  He eventually joined back in the decorating and we all had fun. 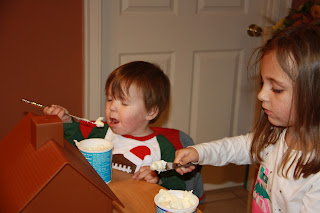 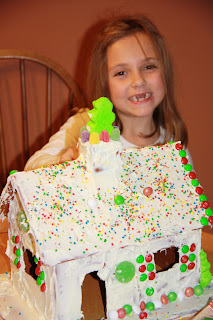 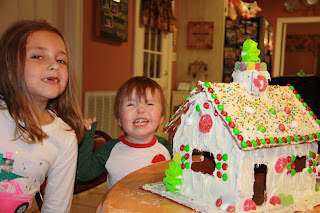