The days are flying by!  I can't believe that Caleb is already 8 months old. 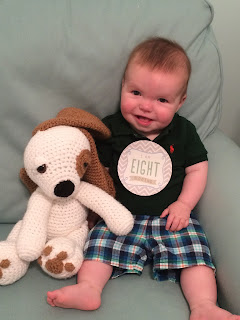 It's been quite the eventful month.  After he turned 7 moths, we went to see David's parents for the weekend.  He did great in the car and had fun with Grammy and Granddaddy. 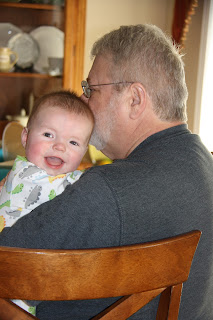 He also really enjoyed seeing Nana!  It had been a long time. 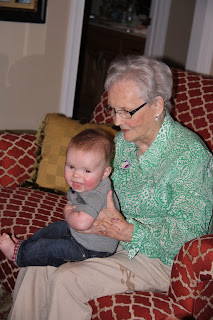 The next weekend, my parents came here for Kate's dance recital and baby dedication at church. 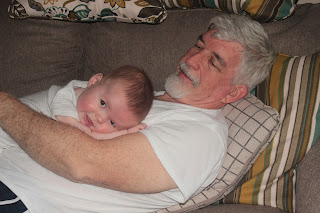 Caleb got to sit in a high chair for the first time AND taste lemon. 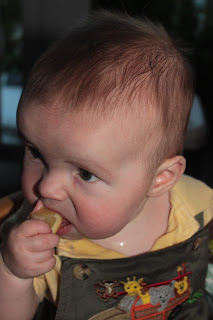 Not sure he liked it.  We are so thankful for the time we get to spend with family and so thankful for a church family who promises to pray for us and support us in teaching our children about God. 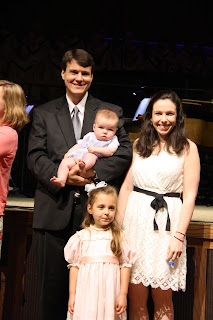 Weight: according to David's measurement, Caleb now weighs 18 pounds, which is about 32%ile 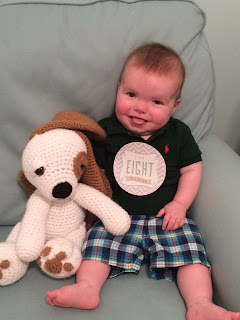 Food: He's still not the biggest fan of solids.  He has gotten much better about not spitting the food out but he just holds his tongue out until he HAS to swallow.  He does have a lot of fun playing with the spoon; in fact, he always grabs the first spoon and refuses to let it go, so I have to have two spoons. 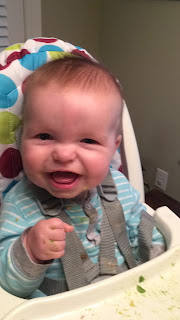 He really likes holding foods and putting them into his own mouth.  I have a feeling we are going to be a forced baby led weaning kind of family.  Ha!  Other than that, he is still only eating breastmilk. 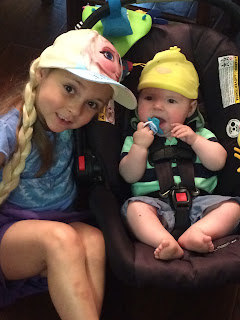 Clothes: He wears 6-9 month clothes but actually wore a 12 month outfit last week.  He is sleeping in onesies right now instead of footies.  I really miss those footies but think a baby in a onesie is super cute.  Plus, it just means I can see his chubby little legs. 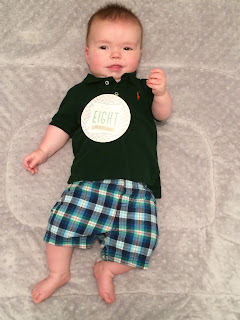 Sleep: Sleep is the story of the month.  During the weekend we were at David's parents' house, he didn't sleep well at all.  We thought it was due to teething and he actually got better soon after we got home.  Right before mother's day, he slept through the night THREE nights in a row. 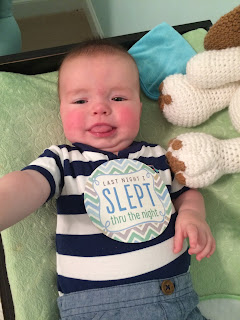 WOW!  However, shortly after that, he started waking up again...a lot.  At first I thought it was because he was getting hungry.  He dropped a feed during the daytime AND was sleeping through the night.  So, I started feeding him again.  However, he kept waking up at other times as well.  So, we decided to give him Motrin, thinking it was due to teething. 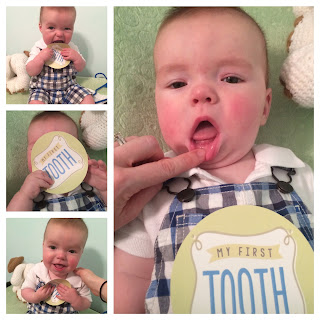 A few nights it got better.  Then, last weekend, he started waking up 2-3 times a night.  He was holding his ears a LOT and got crusty eyes again.  We looked in his ears and decided he had another ear infection...so, round 2 of antibiotics it is. 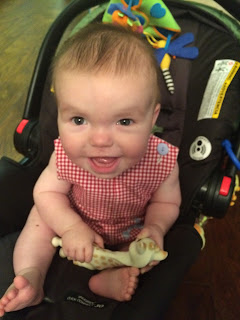 Tuesday night he only got up once and last night actually slept through the night!  Now if we can get him to sleep later more consistently.  This waking up at 5am isn't working.  On the plus side, he is starting to be more predictable with a morning and afternoon nap! 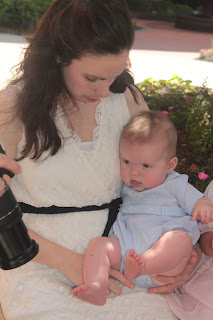 School: He moved up to the Duck class this week at school.  I was surprised and a bit sad, but I think he'll do great. 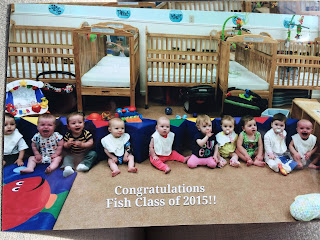 Development: He is now doing really well at sitting up. 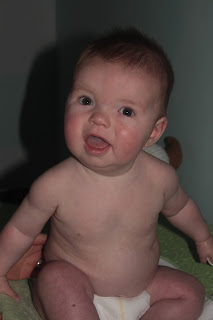 He can put his own pacie back in his mouth.  He is starting to show signs of crawling - he WANTS to move and will lean forward and pull.  He hasn't moved that way yet but it's coming soon.  He seems to enjoy swinging and loves to be outside. 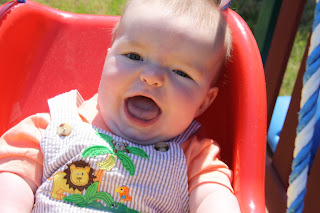 He has four teeth....two on the bottom and the two side teeth on the top.  He still says "dada," "a-dah," "ngngngng" and has said things that sound like "hey" and "yeah."  He will wave his hand but not quite reproducibly yet. 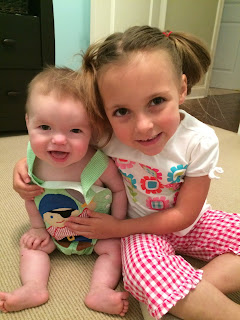 He LOVES to be ticked and have zerberts blown on his tummy. He also LOVES peek-a-boo.  He just laughs and laughs when someone plays this with him.  He has also discovered the remove control.  If he sees it, he wants it.  And when you take it away, he fusses.
His toy phone does not compare to the remote.  The other thing he has recently started doing is pitching fits.  This is mostly when he is tired, but if something doesn't happen like he wants he starts screaming and clenches his hands in a tight little fist, getting quite red in the face. 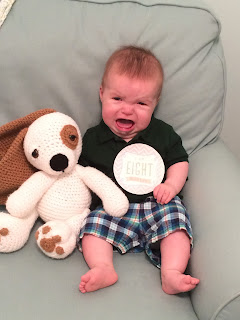 It is REALLY funny!  He also got to sit up int he grocery cart and his stroller the other day.  He has discovered a whole new world! 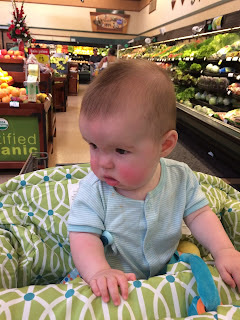 It is such a joy to watch this sweet baby grow and learn.  We pray that he and his sister learn to love Jesus most of all.  They are our sweet blessings from God.  I pray that we are wise in the choices we make for them and that they love God and want to please HIM above all else. 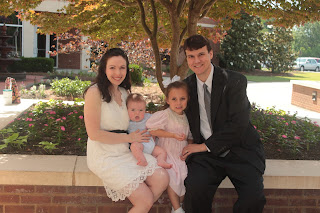 It's 11:34 p.m. and I'm still at the computer. So, I have enjoyed looking at all the pictures and especially the captions with them. I am so glad you are posting Caleb as he grows, and showing the special bond that Kate and Caleb are forming. Kate, too, is growing and you are showing her progress. You, Claire, and David, are providing Kate and Caleb with a wonderful Christian home in which to raise your two precious children. God bless all of you and "good night."