(Post written on March 27th - took two weeks to get pictures and videos together...and there are lots!) 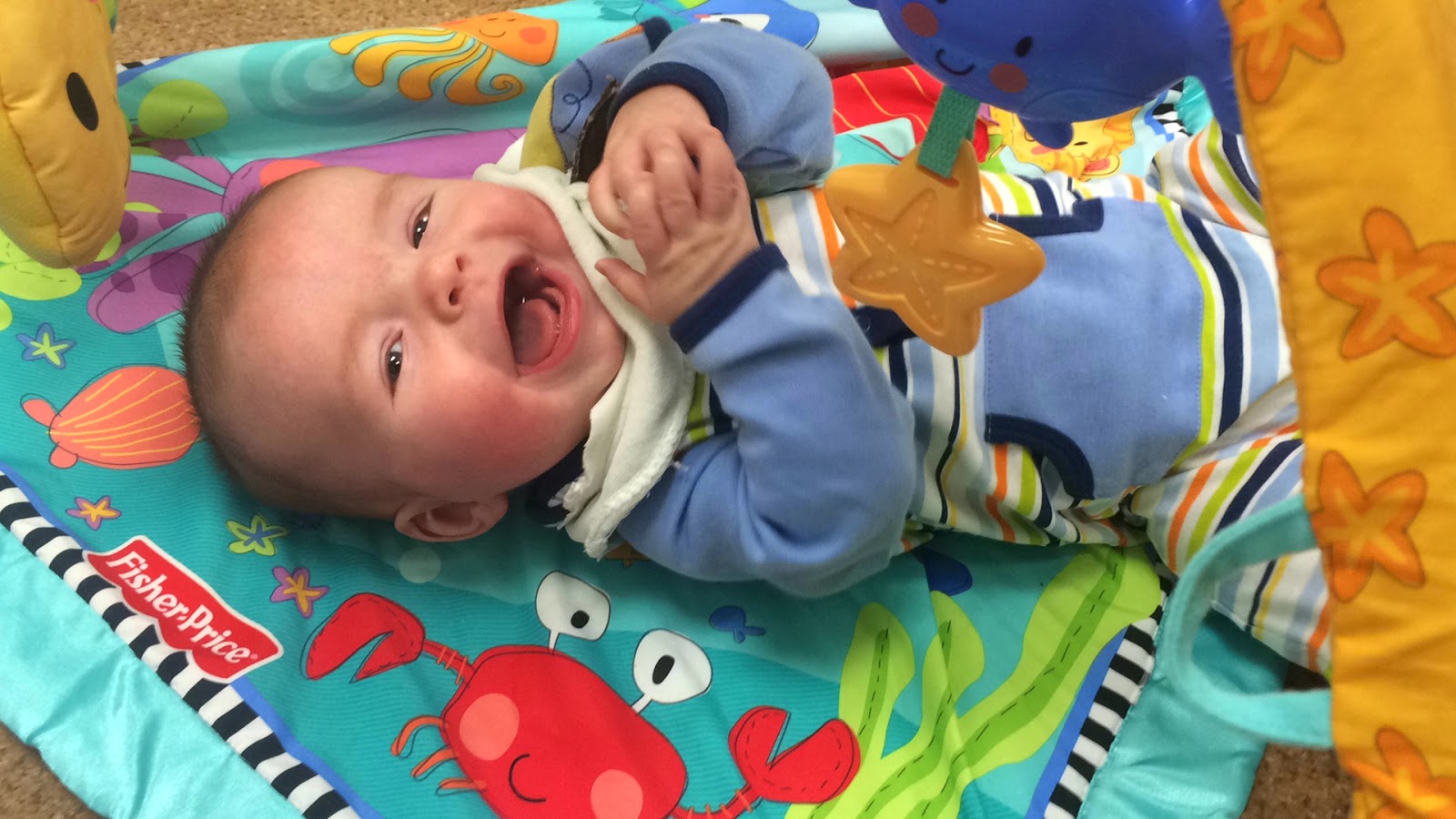 SIX MONTHS!  That's a whole half a year, folks.  What a joy filled and blessed half year it has been.  I have experienced so many different feelings and depth of love, it is amazing.  This little boy is so happy. 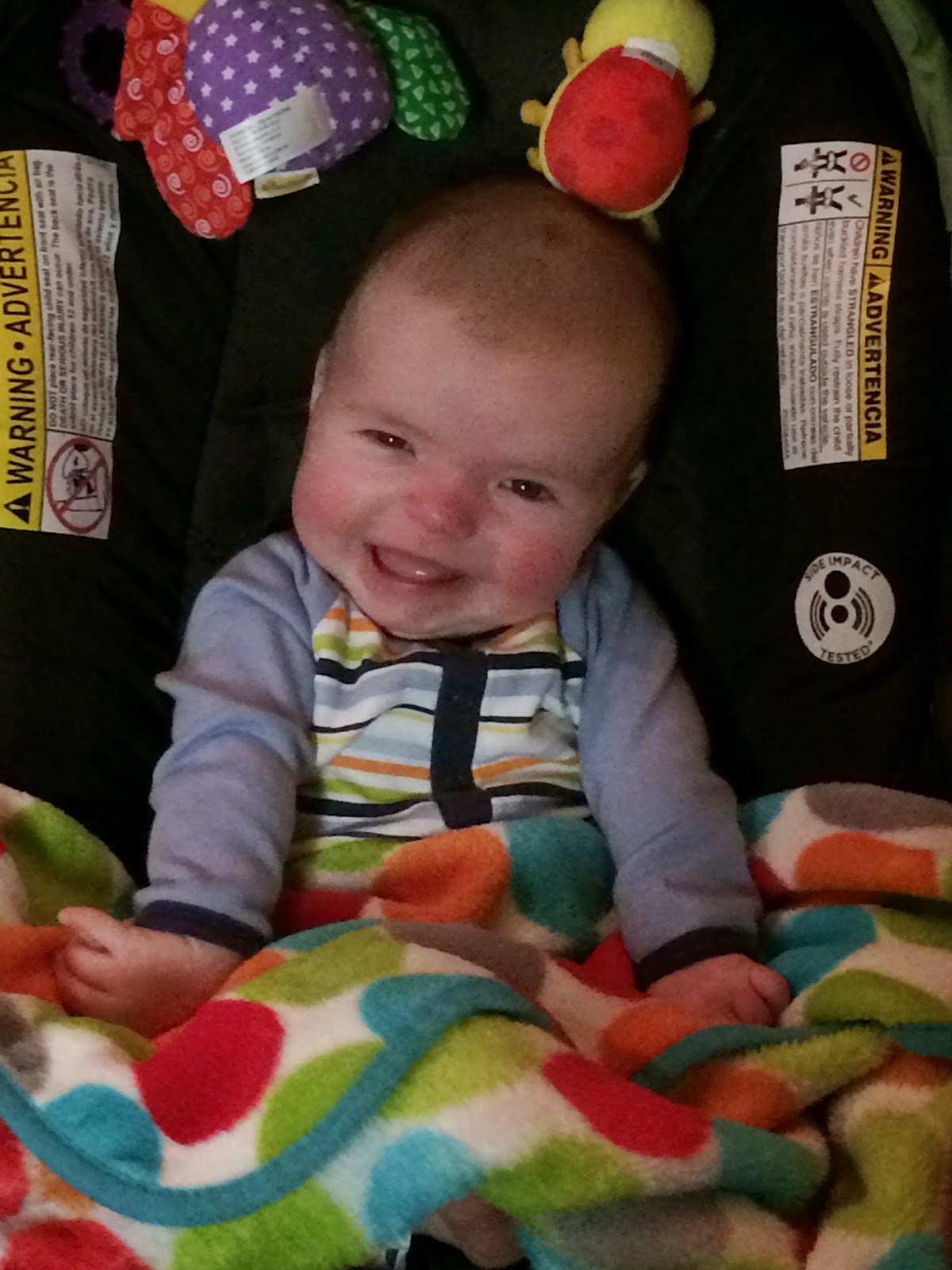 He smiles all the time, unless he's being serious or is sleepy.  He's been rolling from his back to his tummy for about 3 weeks.  I had a serious conversation with him one day that he MUST roll over before he was six months old. 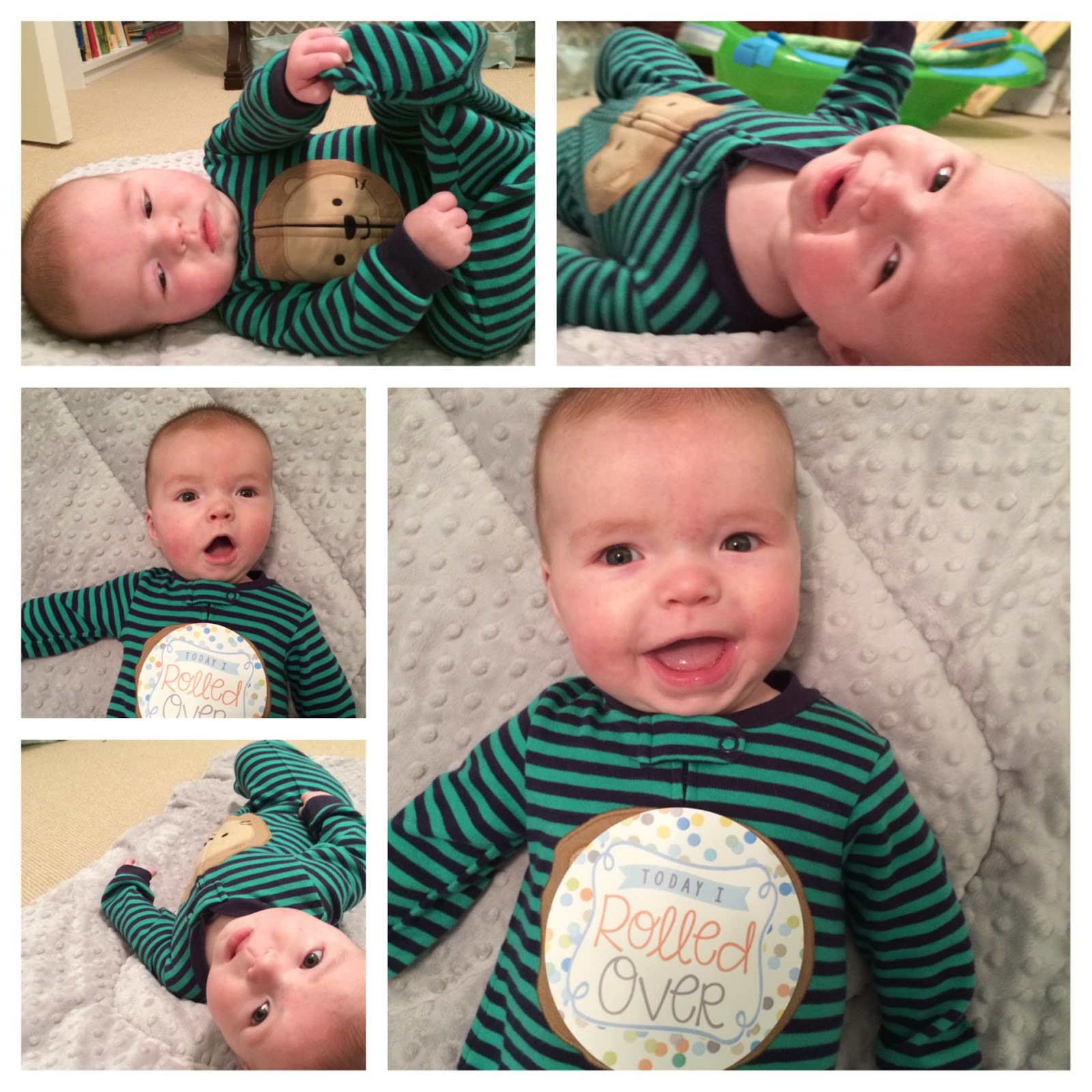 This pediatrician mommy just NEEDED him to do that.  He obeyed and rolled over a week later.
Of course, it took me three days before I actually saw it in person. 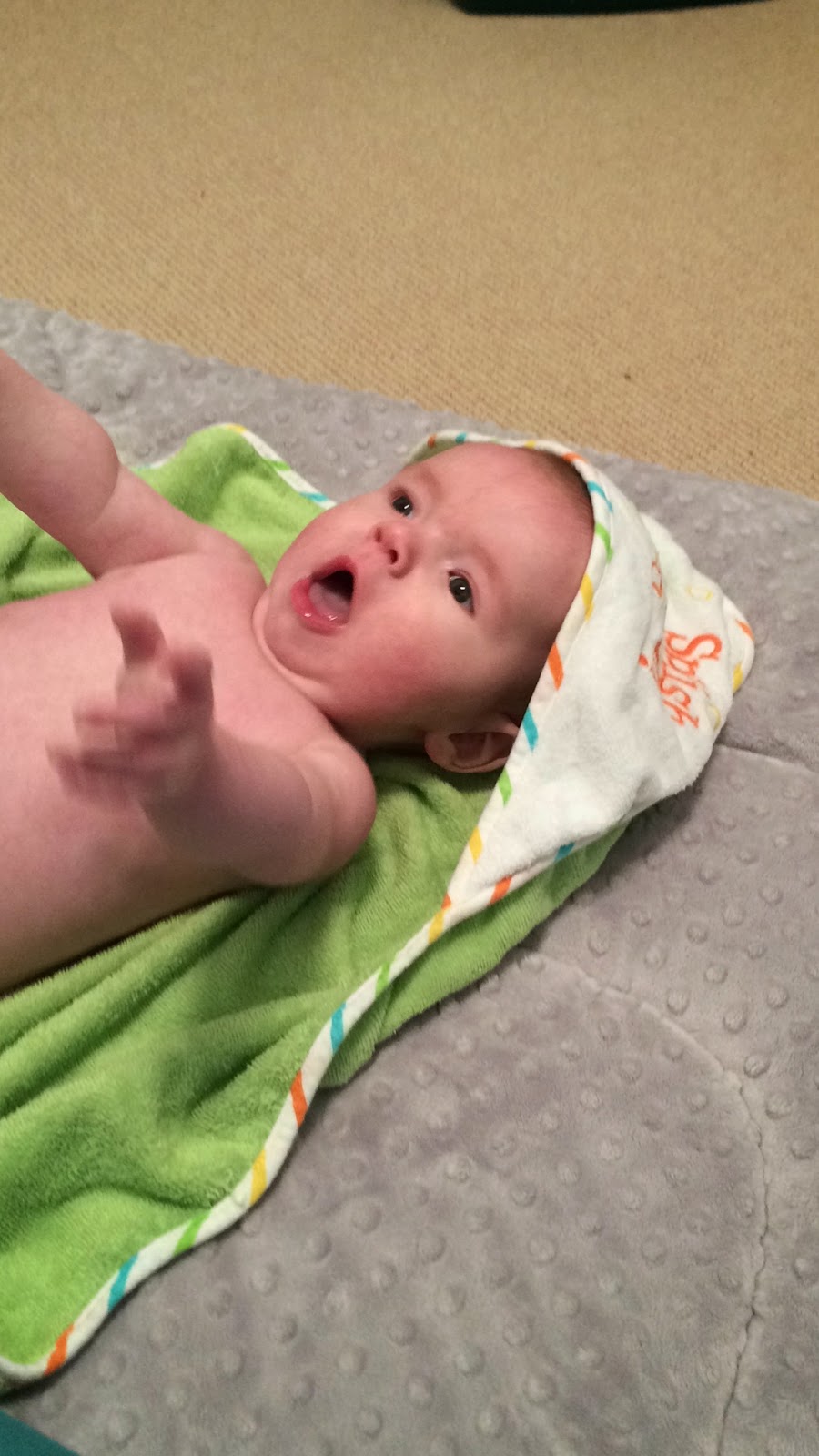 The same week he rolled over, he made the move from his bassinet to his crib.  It was actually pretty easy but I still miss that little man some nights. (I may not should have said that because he's been back in our room due to a cold that has him waking up too frequently to walk across the house.) 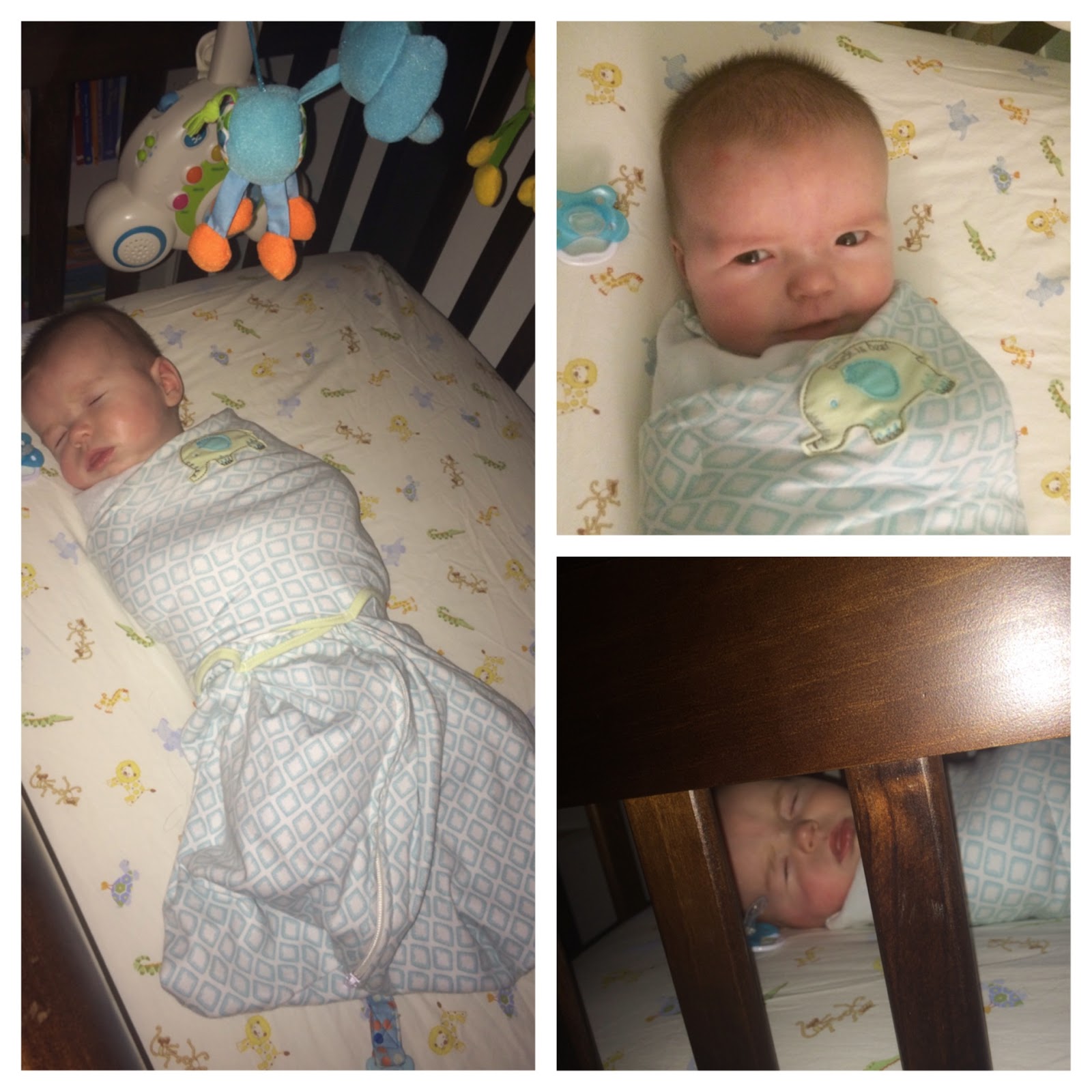 I will say that I haven't really slept any better.  He had about a week where he started waking up 2-3 times a night instead of his typical 1 time.  I'm hoping growth spurt.

In addition to rolling over, he has started to really enjoy his jumper.  He will just lounge back and play with the three toy "stations" within his reach. 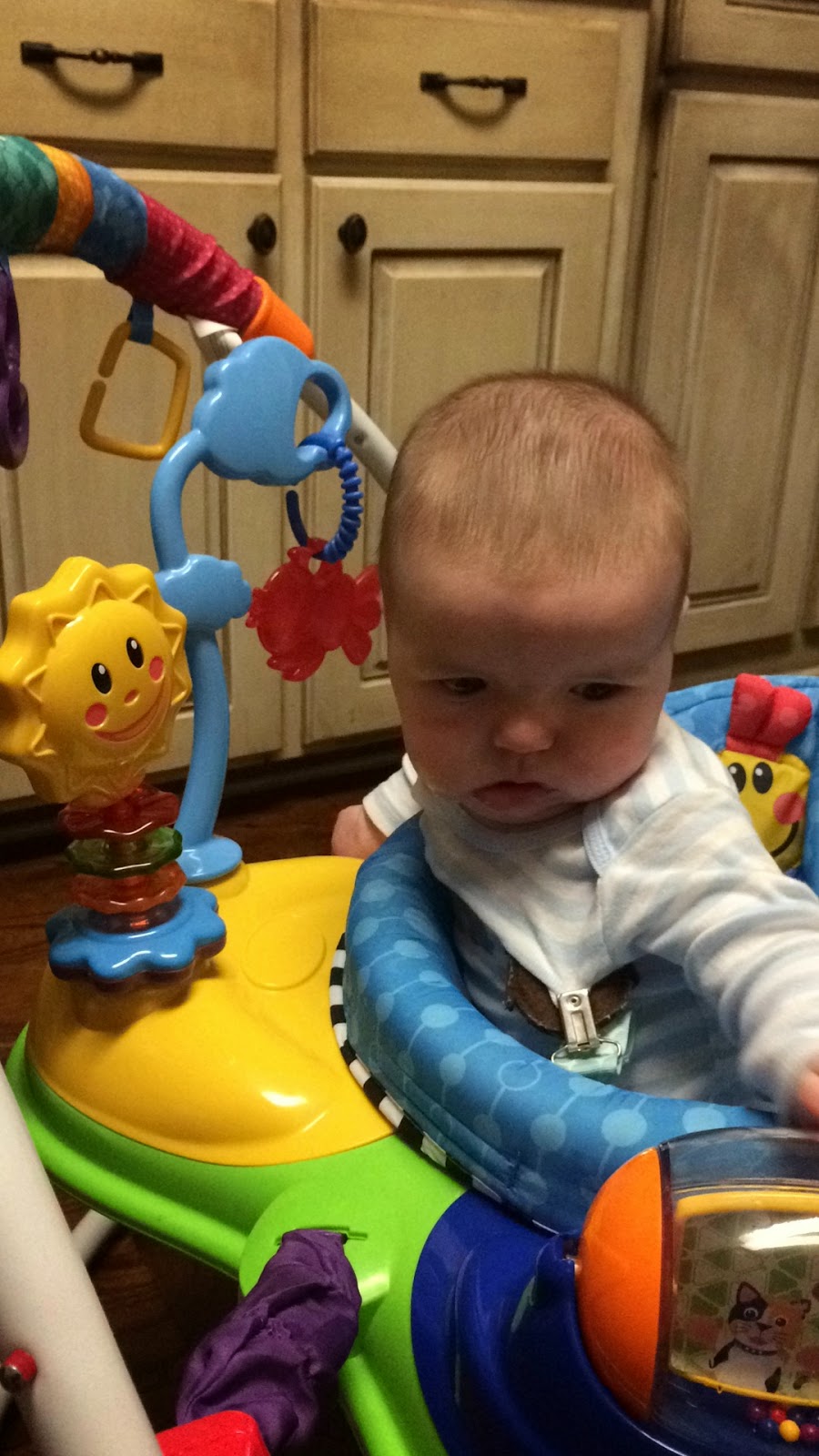 He's almost to the point of being able to use it as a jumper.  It sits REALLY high for some reason.  When he's in his Bumbo, he sits up really tall and straight for a couple of minutes, then he will find something on the floor that is really interesting, lean over, and he can't quite seem to get that big head of his up.  He also wants to sit straight up when he's sitting in the Boppy. 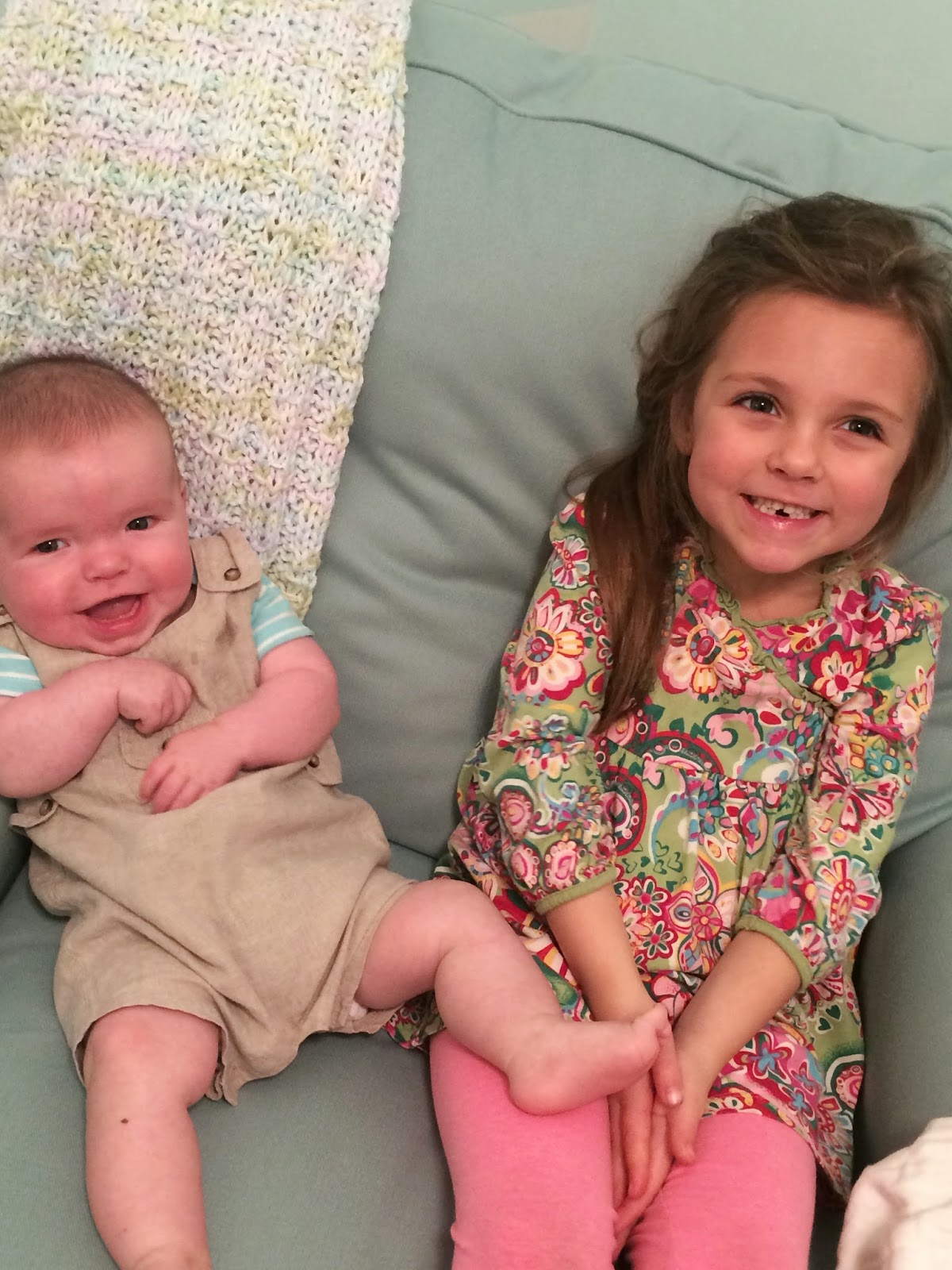 He is talking up a storm.  David and I are afraid that we are going to have TWO talkers in the house pretty soon.  He loves to just lie in his crib and talk and talk and talk to his mobile friends.  The other day, he actually said Mama!  I'm convinced and no one will convince me otherwise!

He is really eating well...and still only breastmilk!!!  We've reached goal number 3 for me...now to make it a year!  He usually eats 6-7 times a day.  He has gotten on a much more predictable schedule of three bottles at school and will go 3-4 hours between feeds. 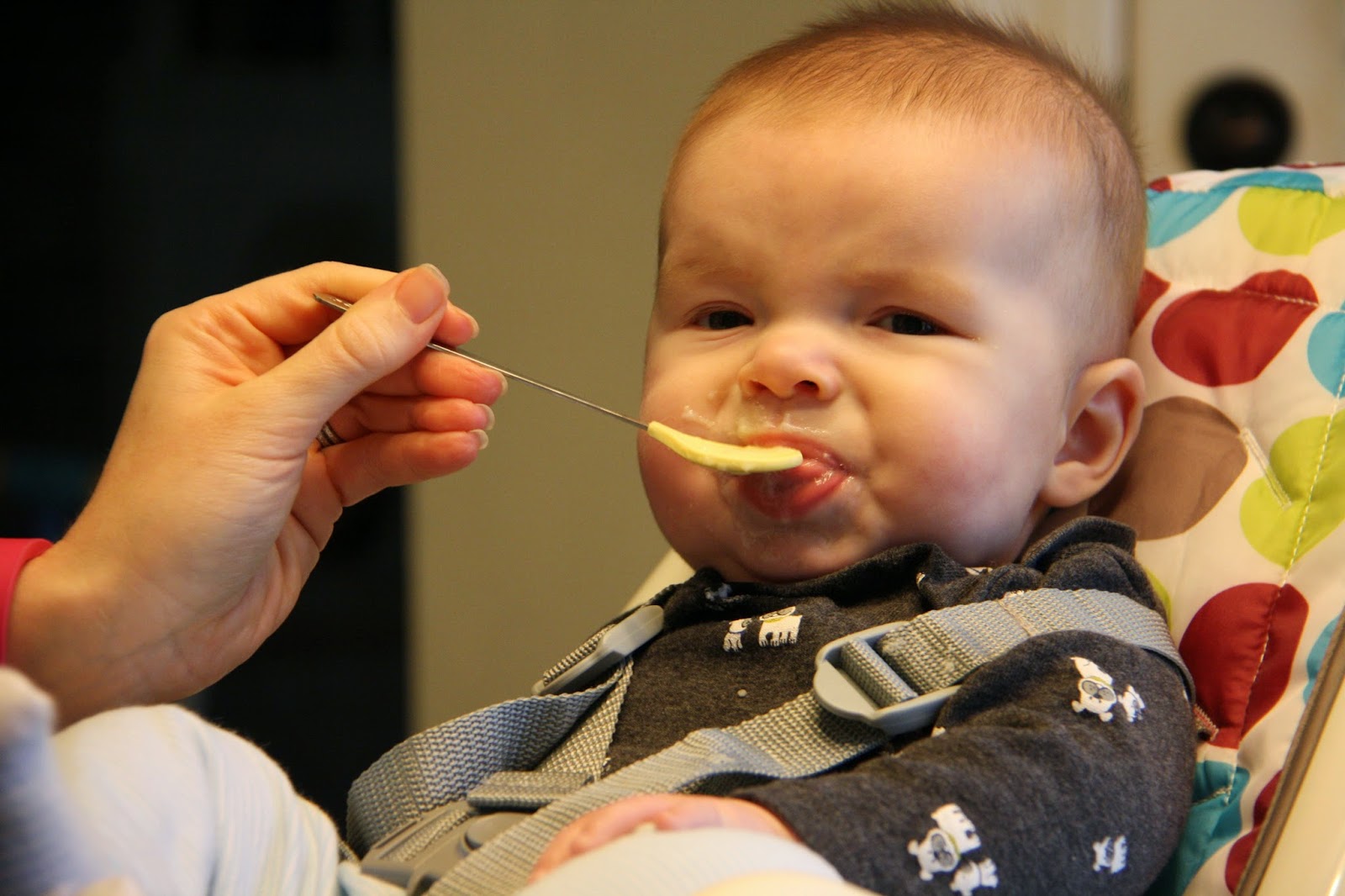 We tried to feed him some rice cereal the other day and he didn't seem to like it very much.  I've tried bananas since then, which seemed to have a better flavor but he just doesn't quite have the motion of eating down pat yet. 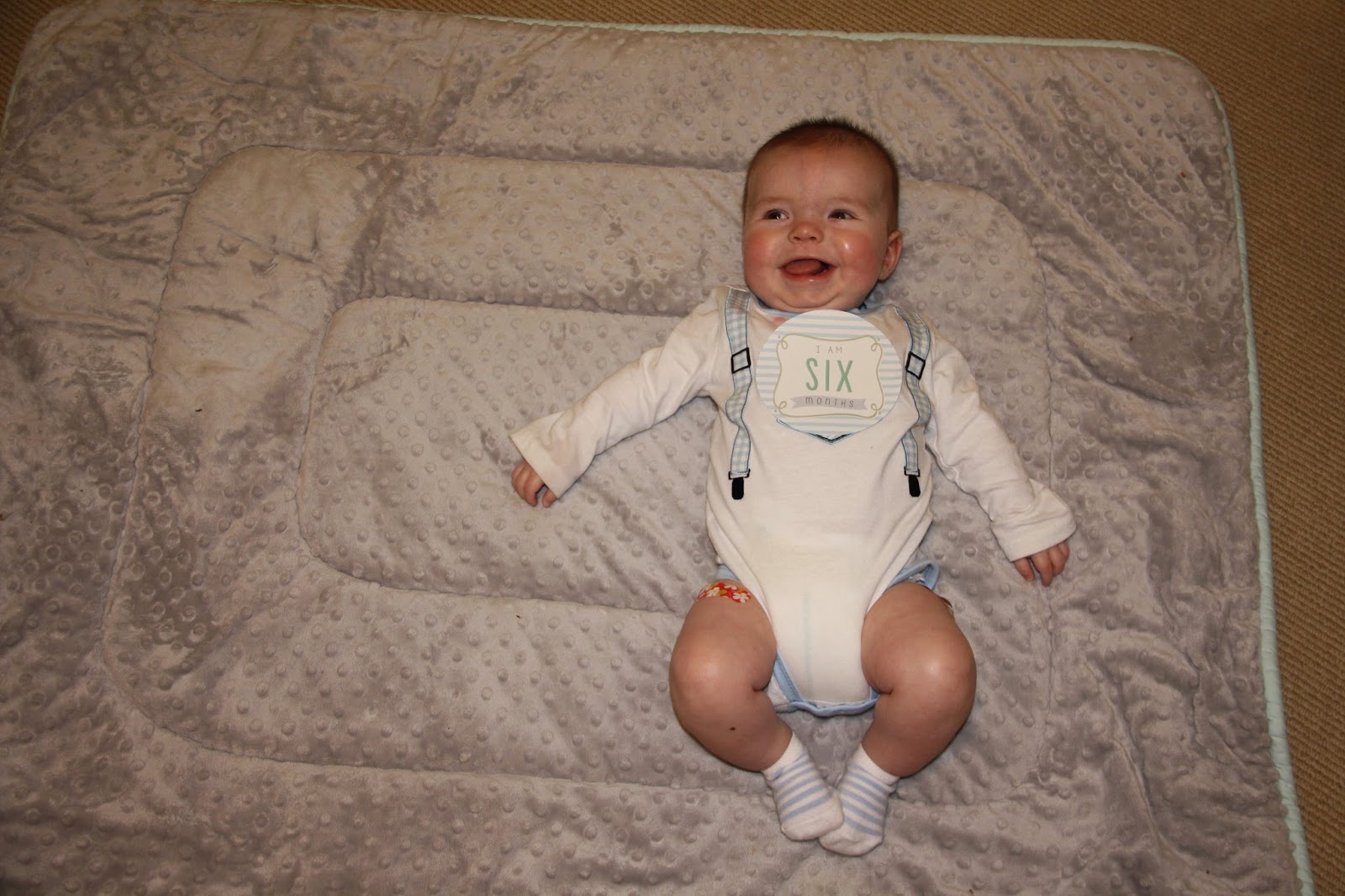 He did really well with his shots but poor baby has an ear infection.  He's been coughing for about a week and hasn't run any fever or acted like anything hurt other than when he coughed. 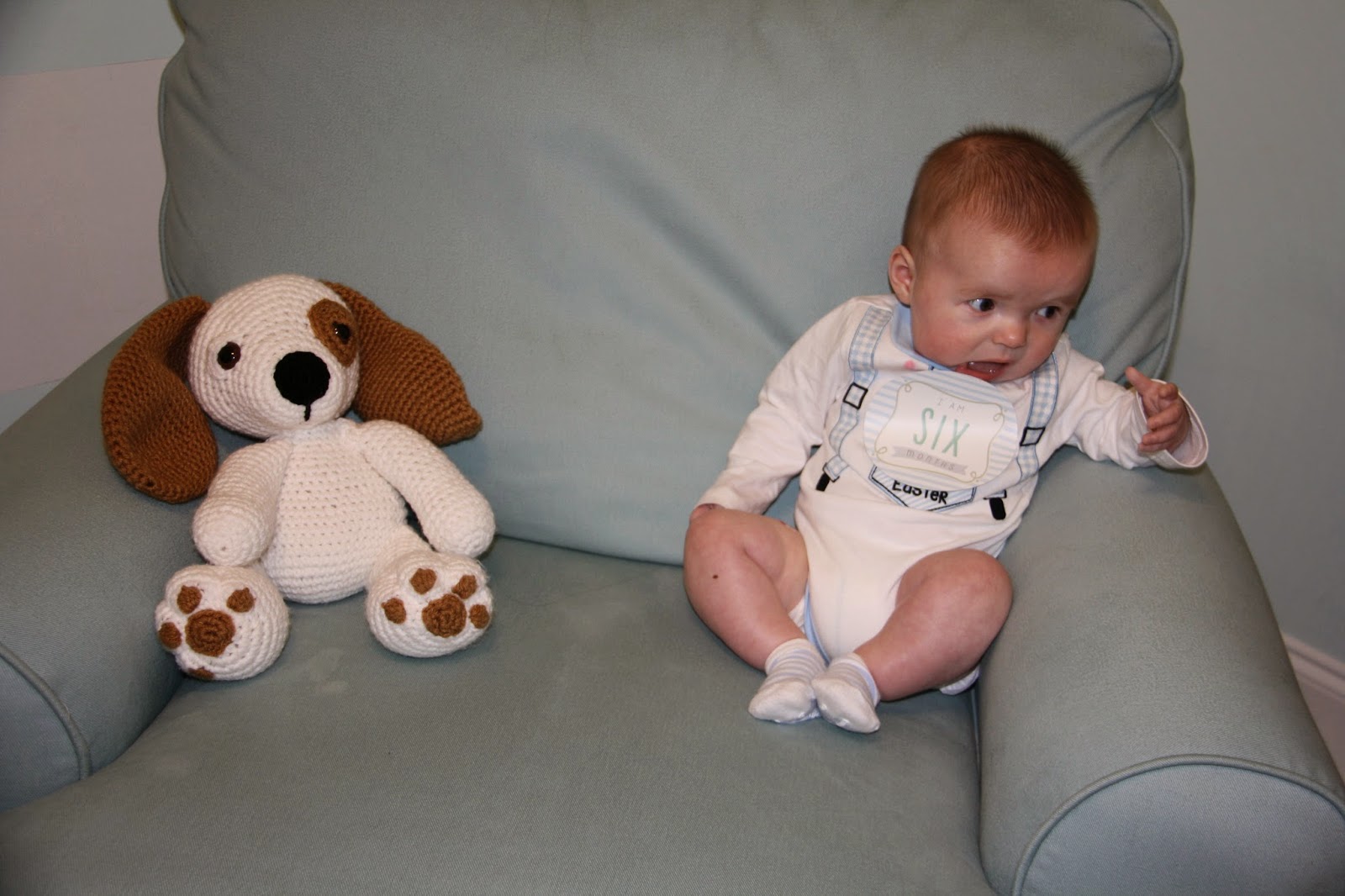 What a sweet tempered baby we have! 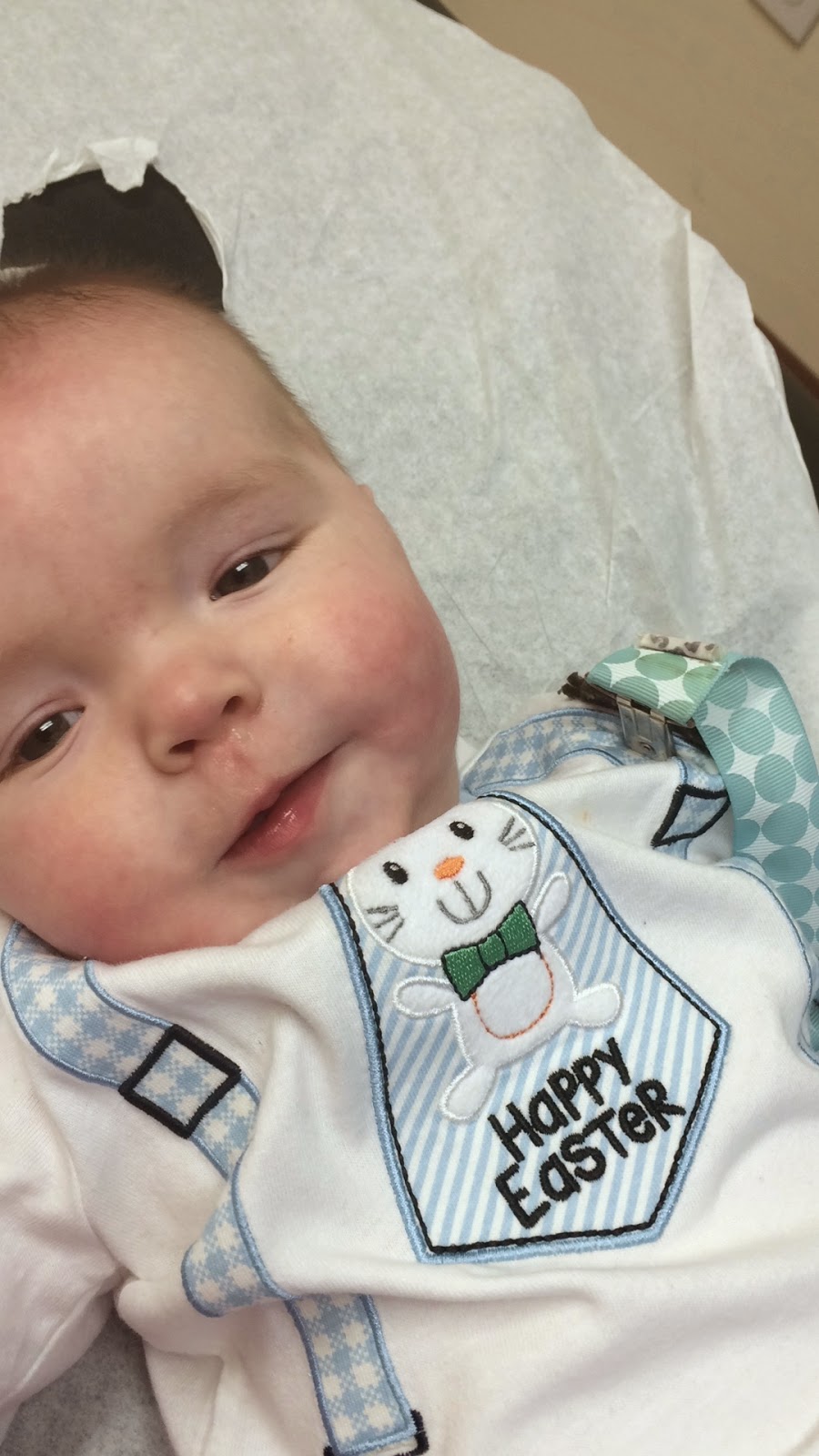 He is wearing mostly 3-6 month clothes though the length is definitely getting short.  He's in a 6-9 month onesie today. 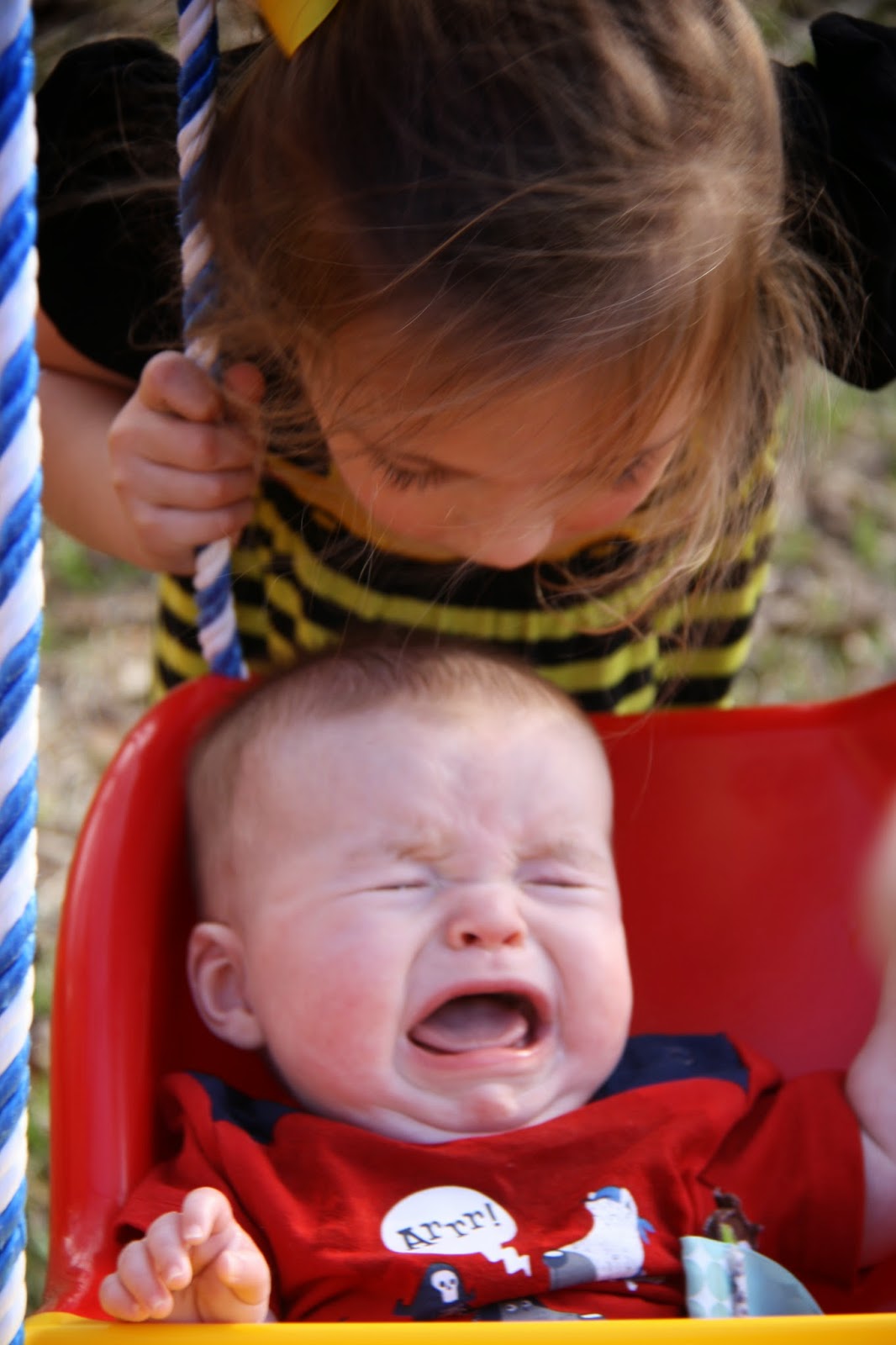 His swaddles are pretty much too short...but he actually slept unswaddled last night.  My baby boy is growing up!  It is such a joy and I love watching him.  He loves, loves, loves his sissie! 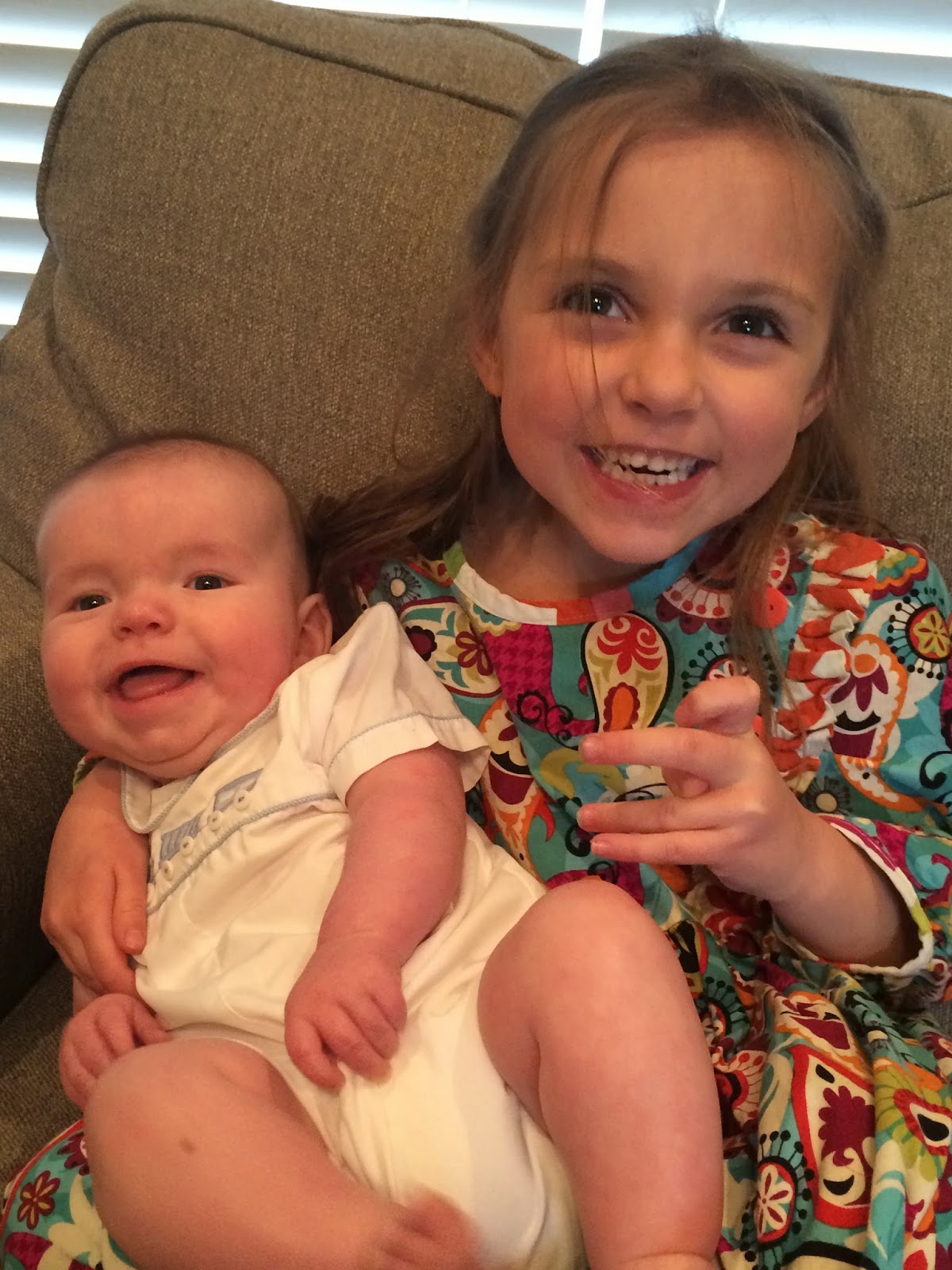 We were able to have visits from Doc 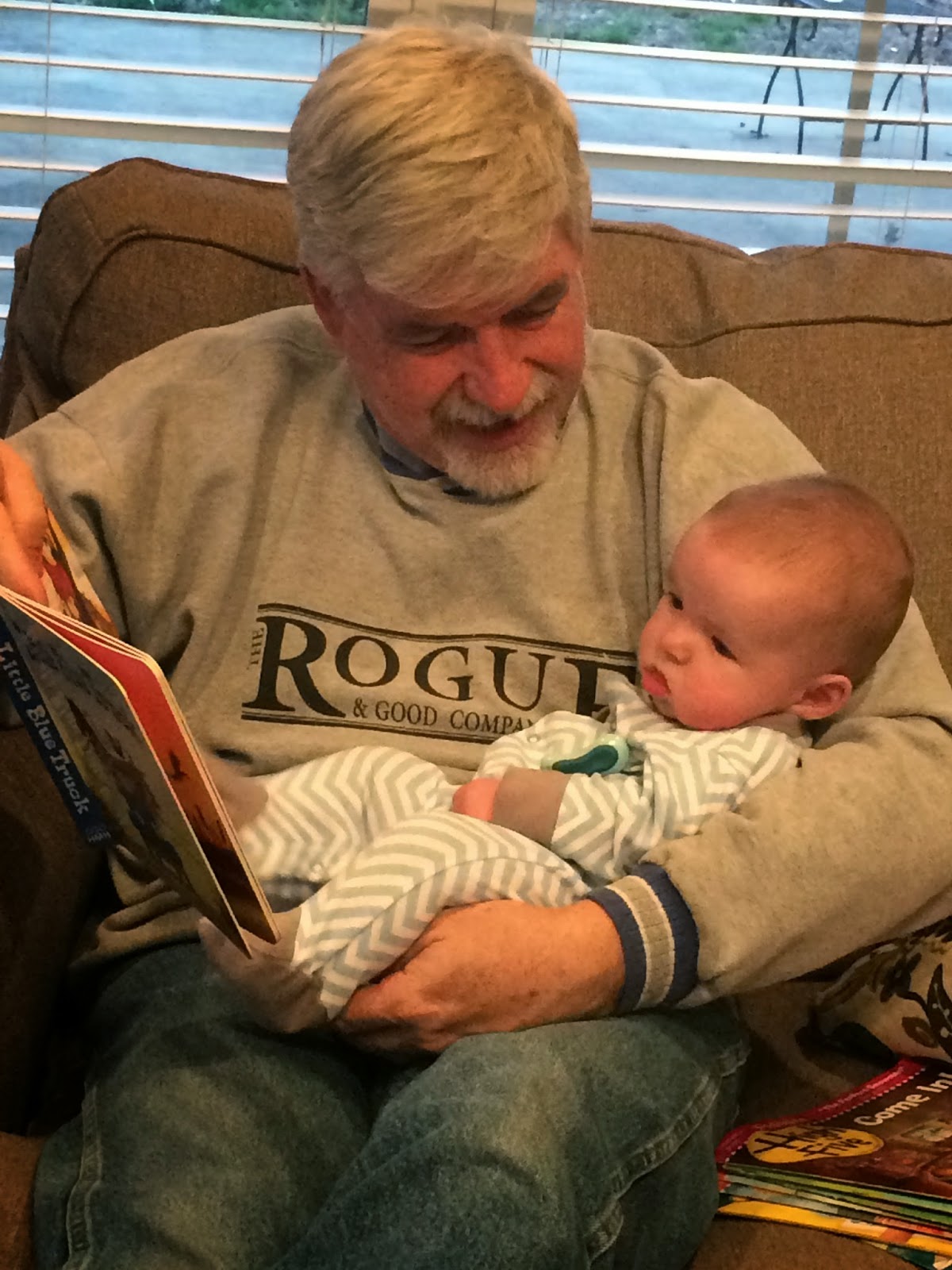 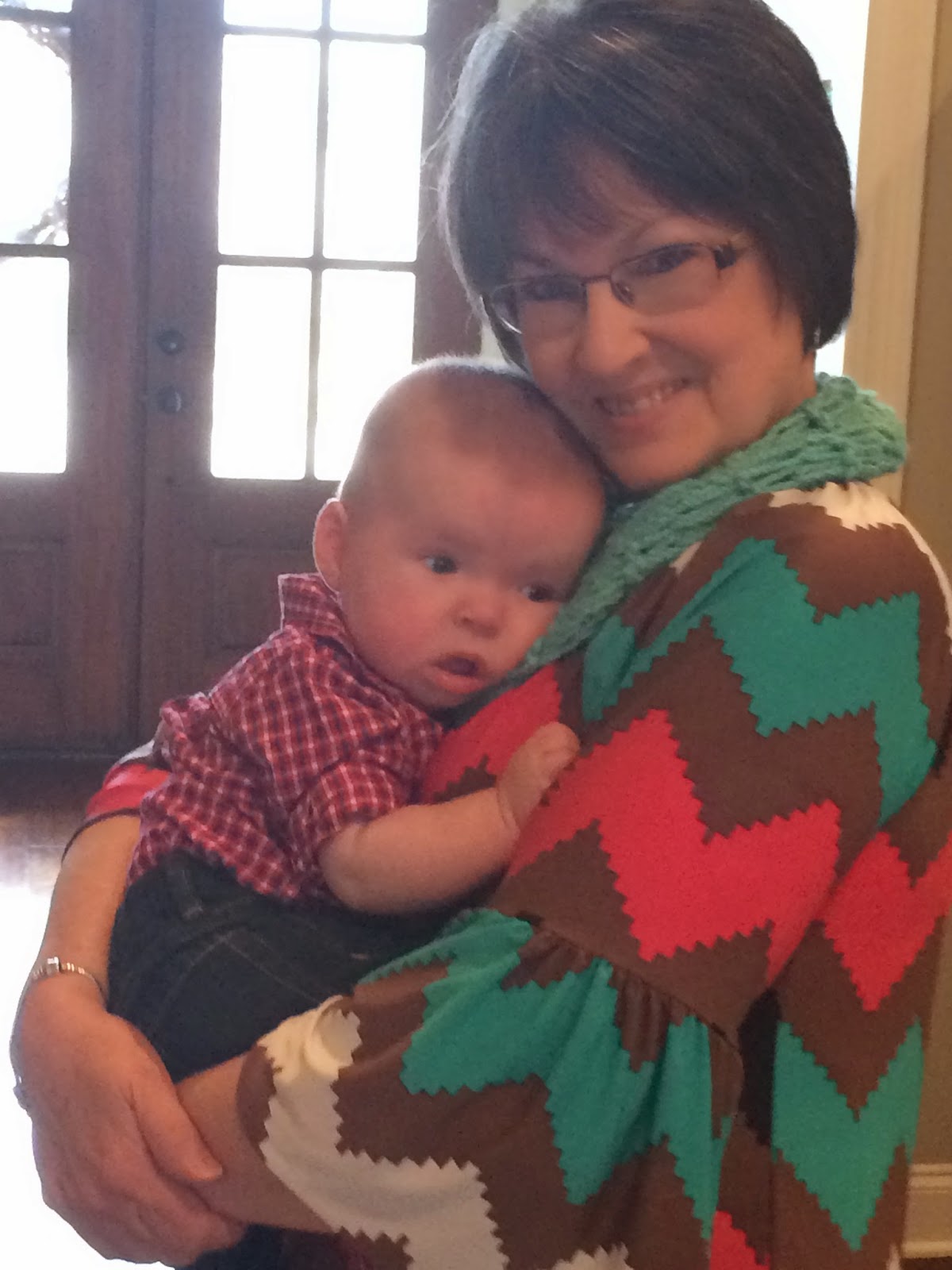 as well as Grammy and Granddaddy. 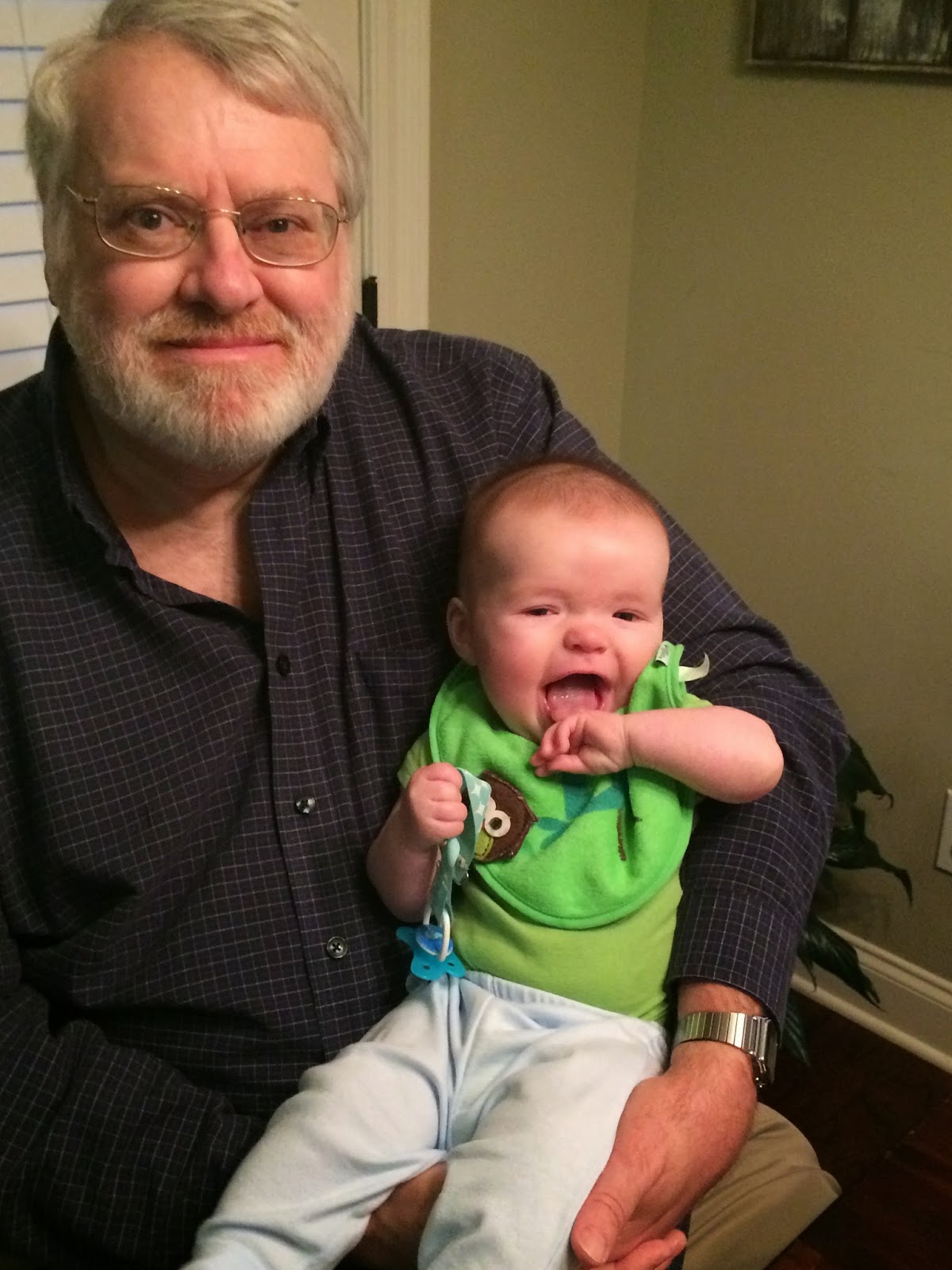 What a fun month.  I can't wait to see what Caleb learns and how his personality changes over the next month. 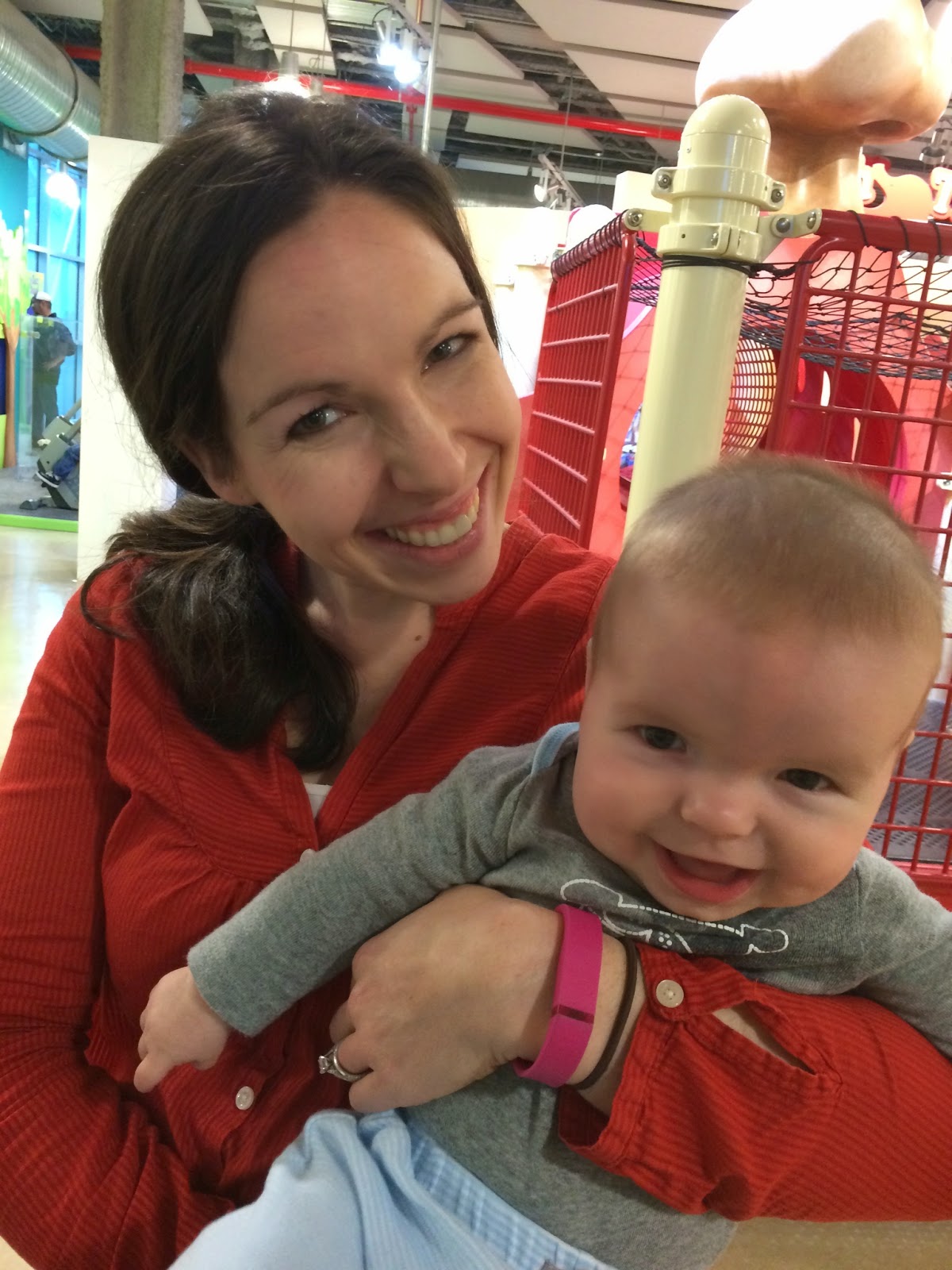