Caleb turned 5 months old last Friday.  He is such a fun and happy baby. 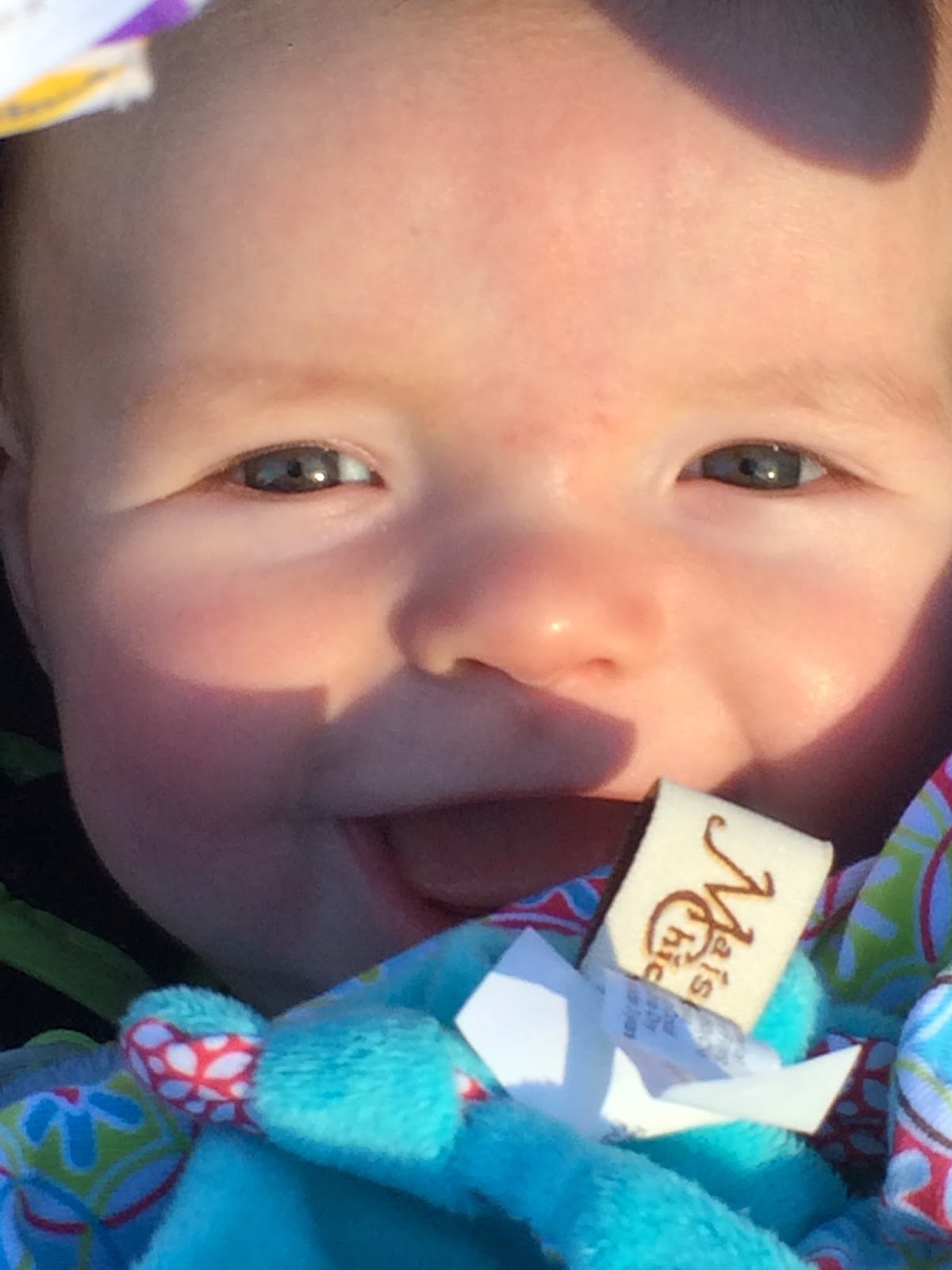 We have been incredibly blessed.  This month he has discovered his feet. 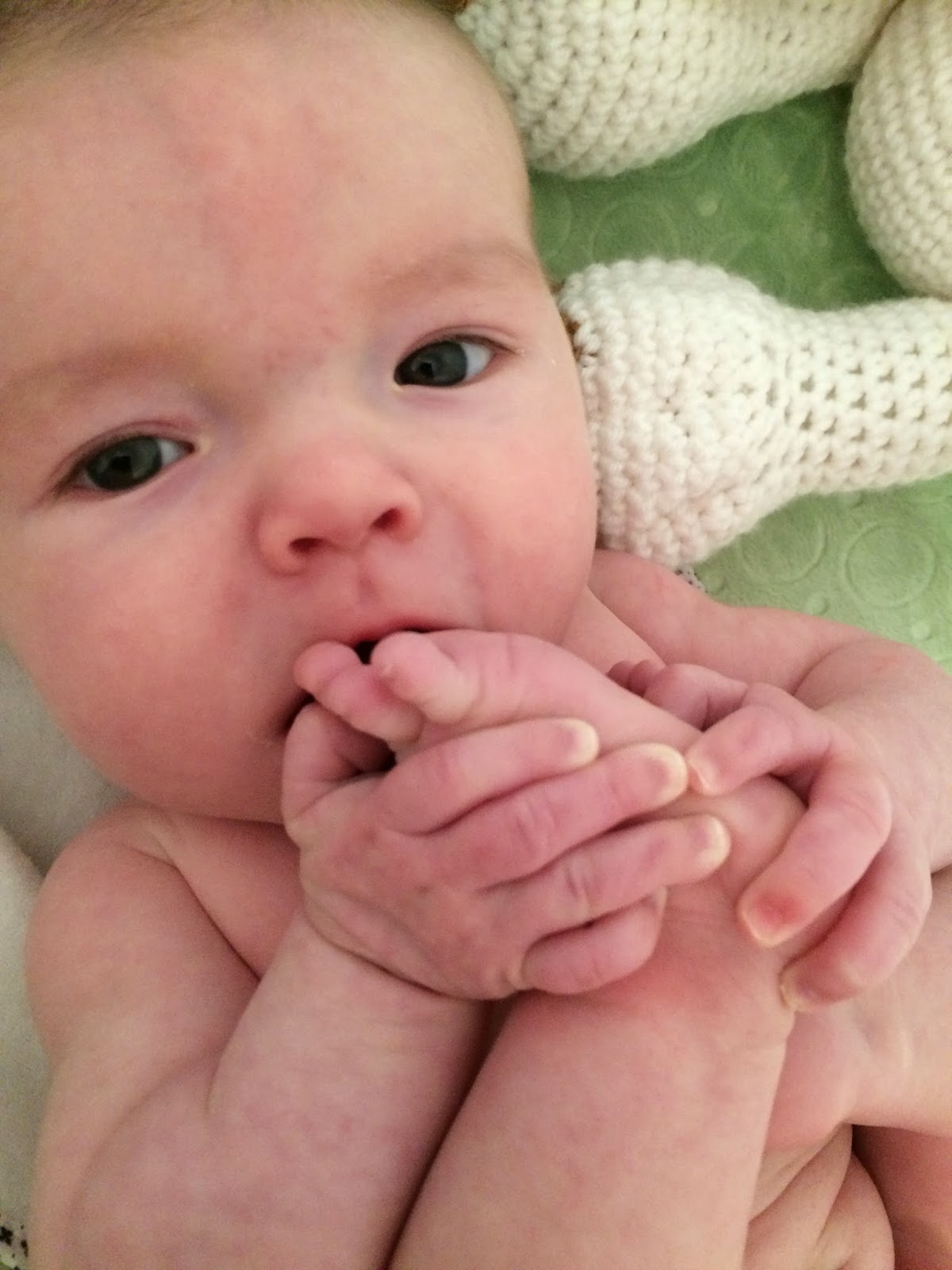 He really loves them and will put them in his mouth any chance he gets.  He has finally figured out some of the toys on his jumper.  He will also stay in the jumper for a while, which enables me to get some things done! 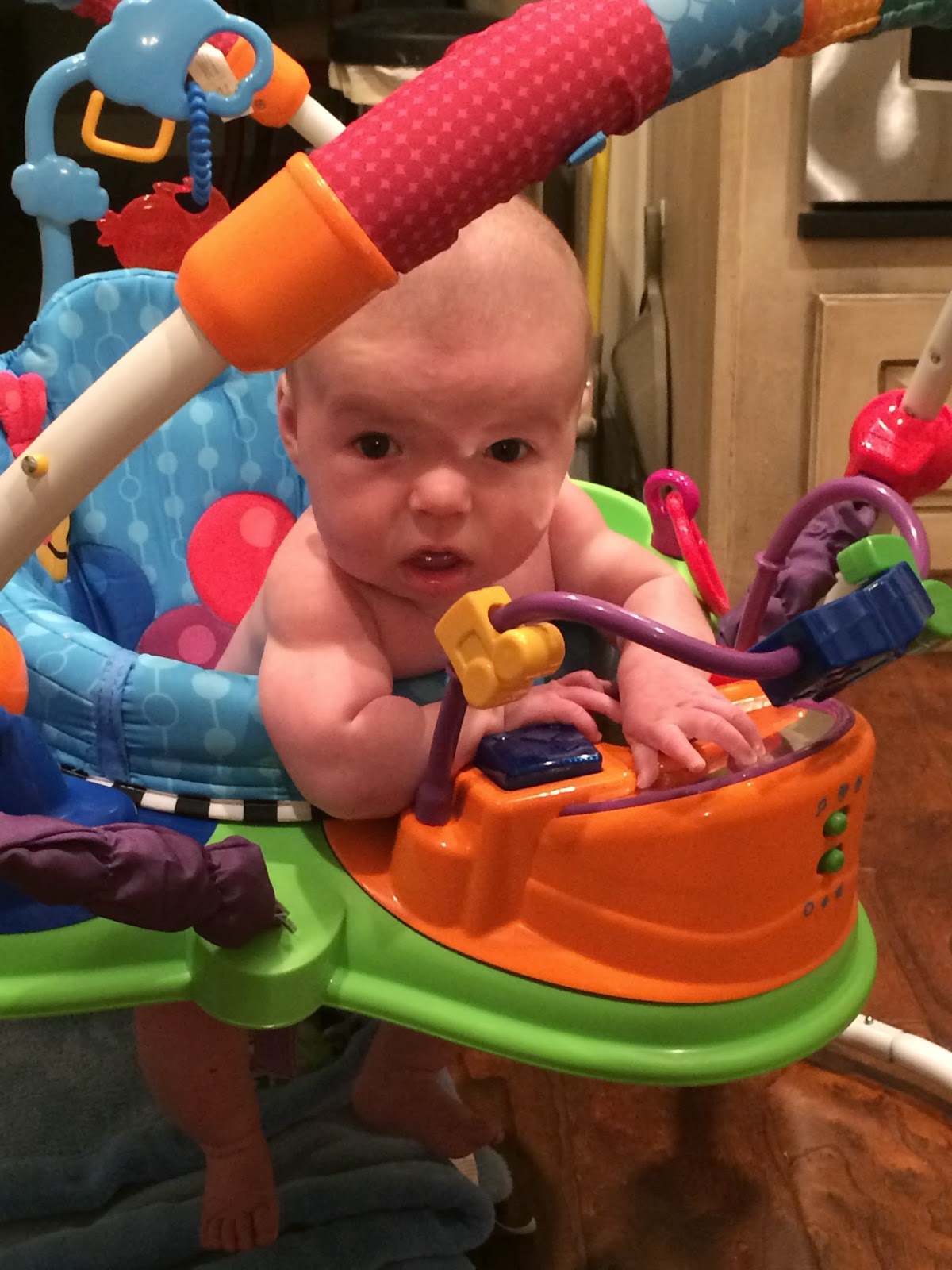 He tends to use his left hand when he spins the toys.  Though I know that babies aren't handed at this point, it's fun to think he might be left handed!

We have been able to leave him a little more in the nursery at church.  He knows the workers there and they are figuring him out, too! 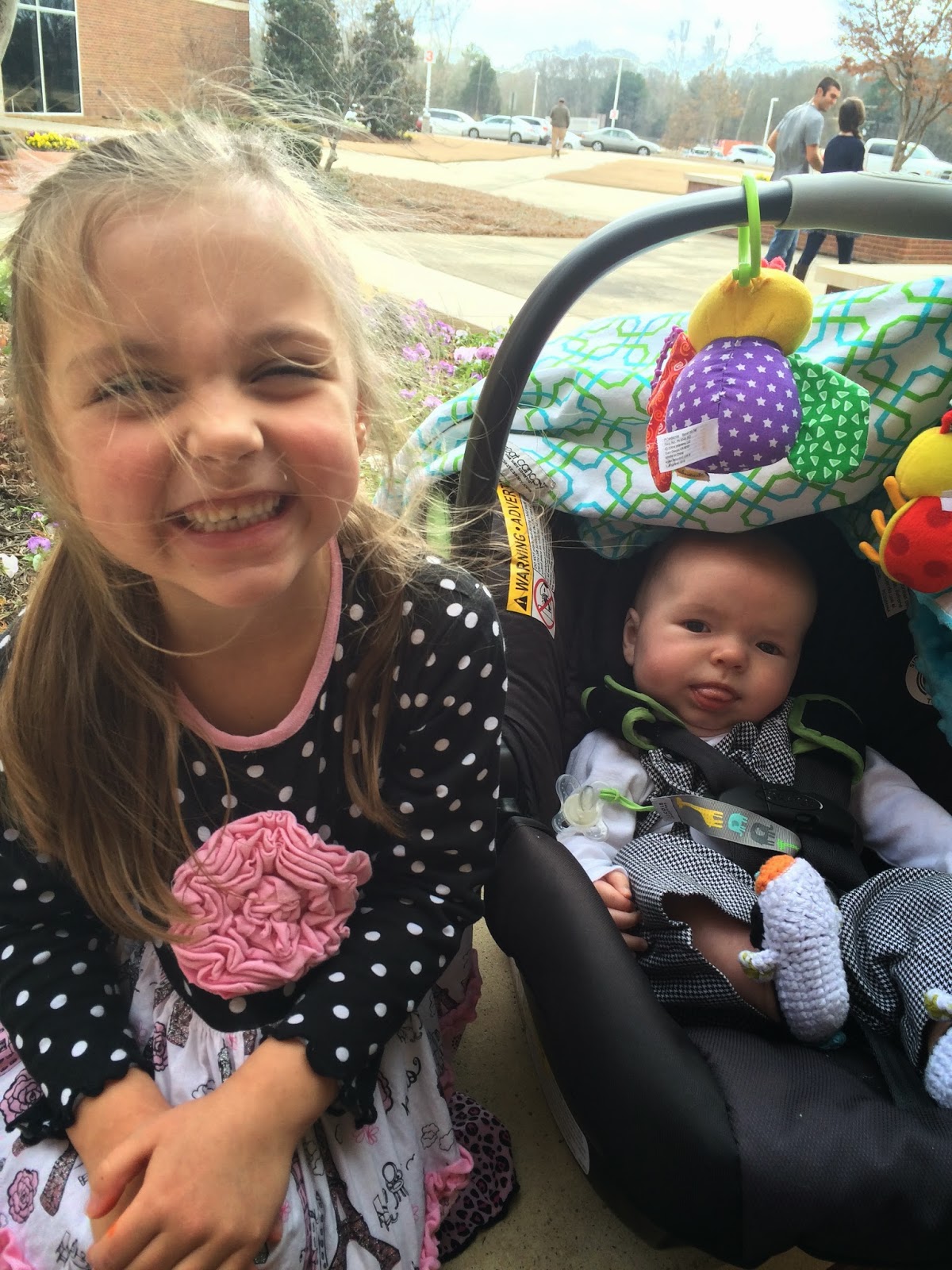 We went to the Children's Museum 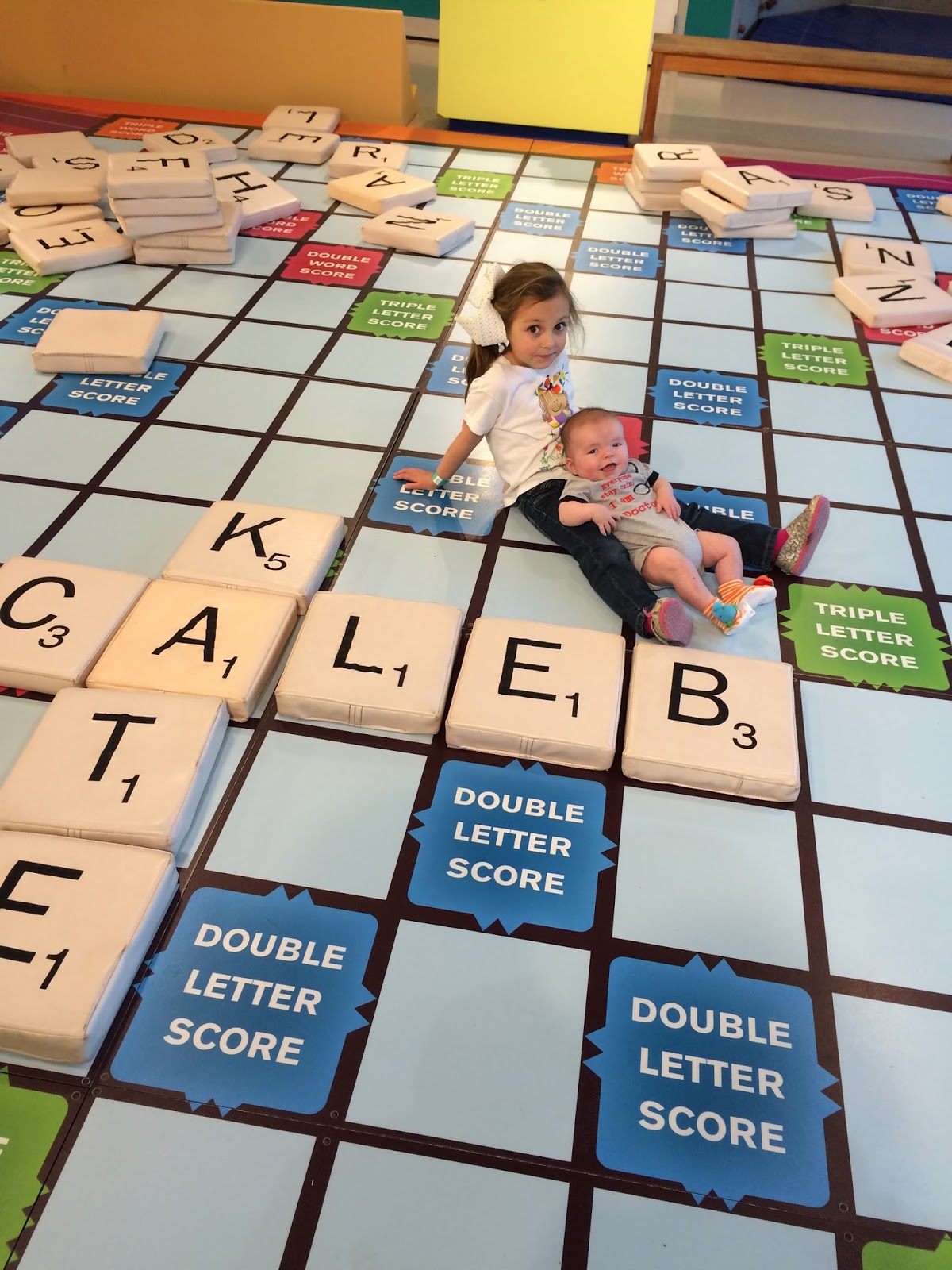 just before he turned 5 months and he really showed out by climbing the wall. 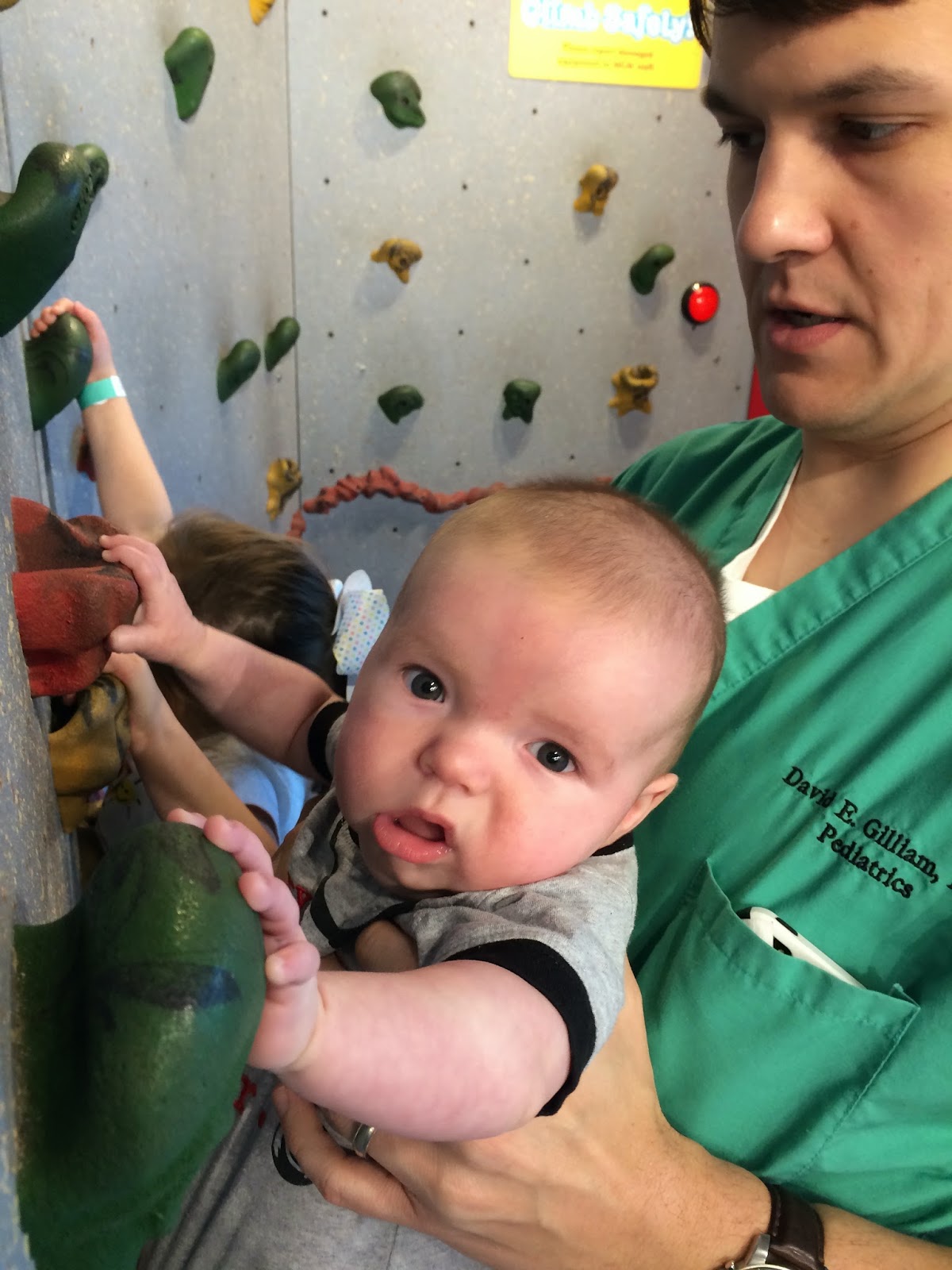 He is still exclusively breastmilk fed.  He takes bottles at daycare but has spaced out his feeds to 3-3.5 hours and is must more consistent in his schedule.  We haven't started feeding him solids yet; though, I do wonder how he would do.  We'll probably wait until he is 6 months old.  I feel like he's grown a good bit over the past month.  At his last doctor's appointment, he was 25.5 inches long (65%) with his head a good 85%. 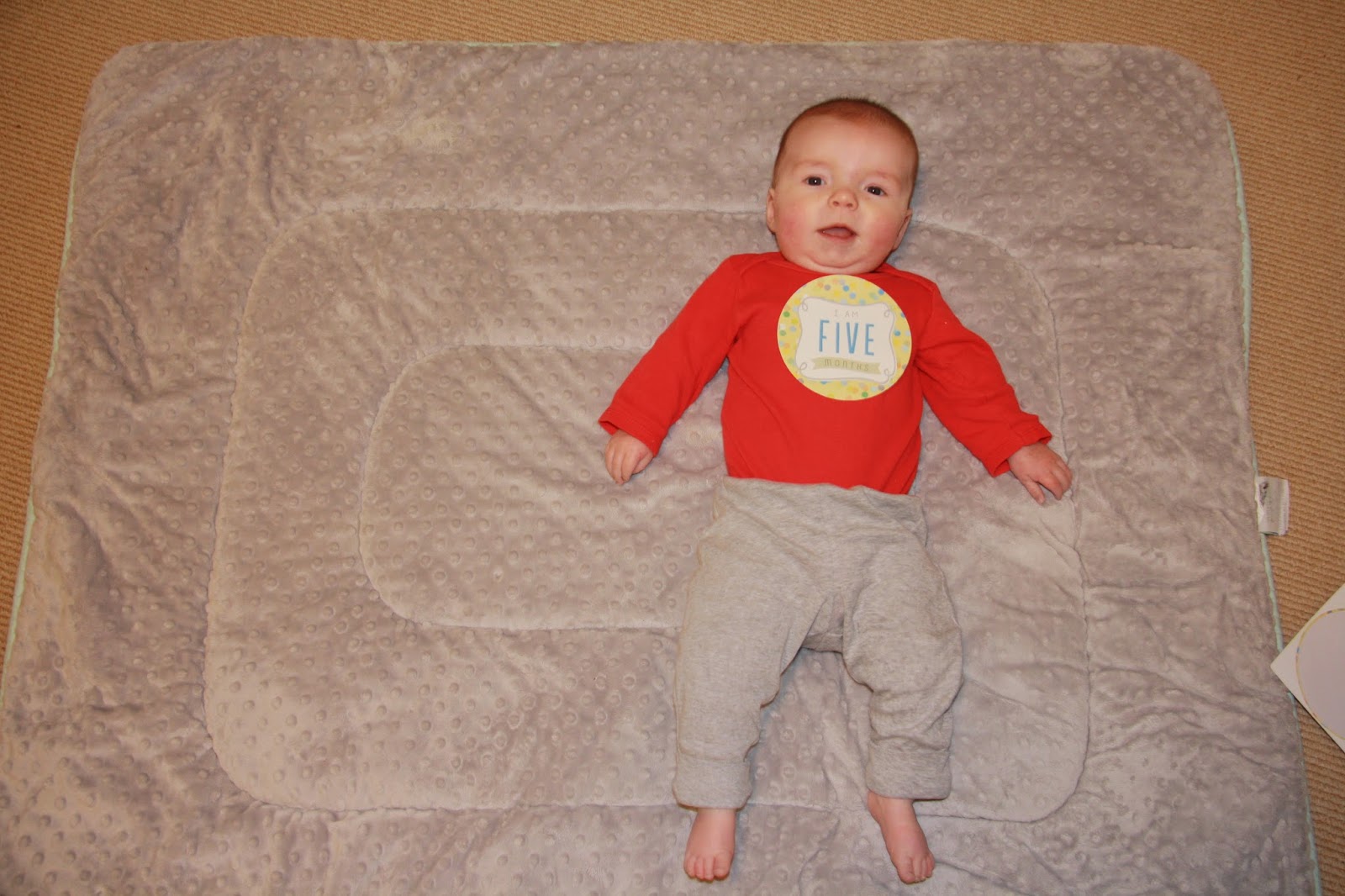 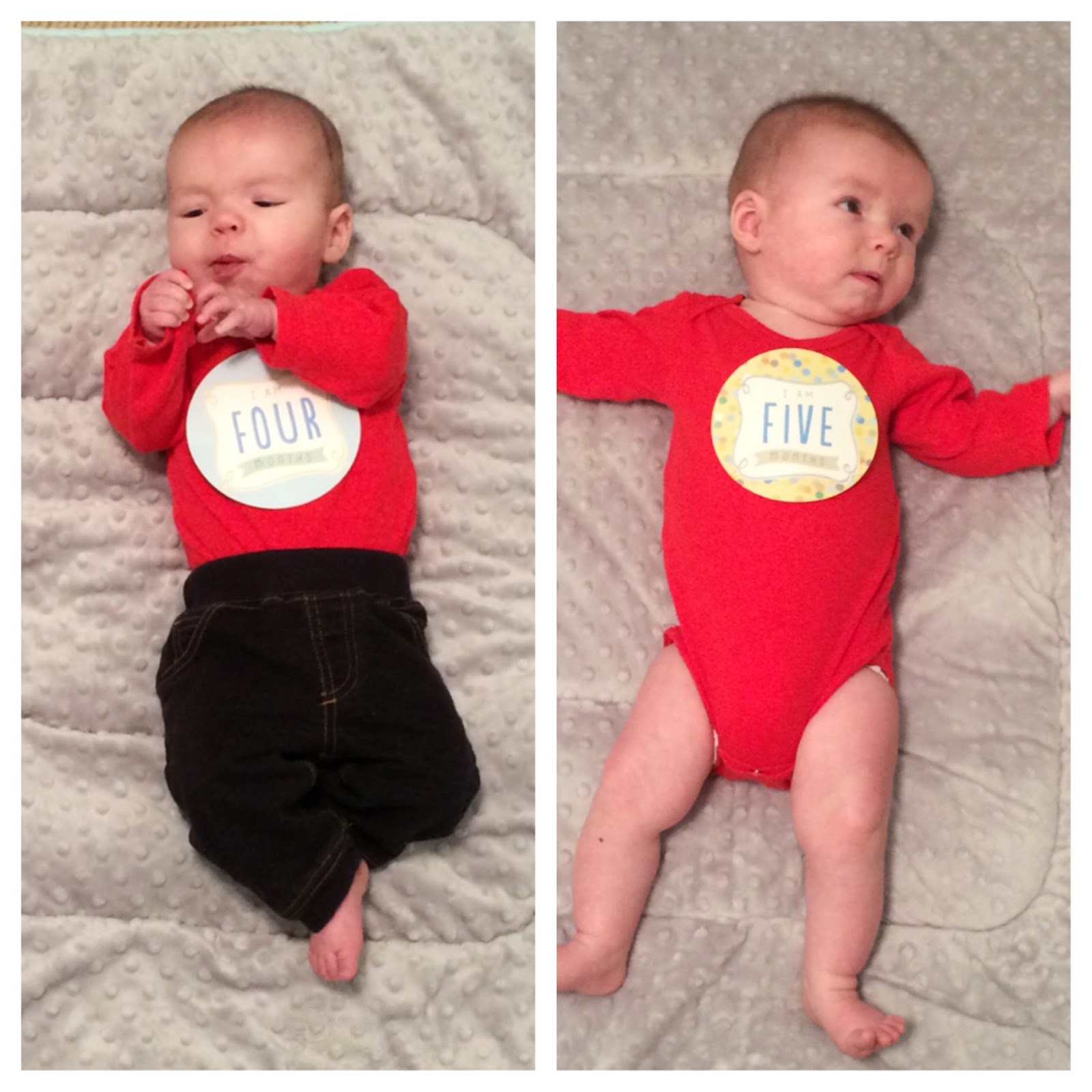 Due to this growth, he is about to outgrow his bassinet. 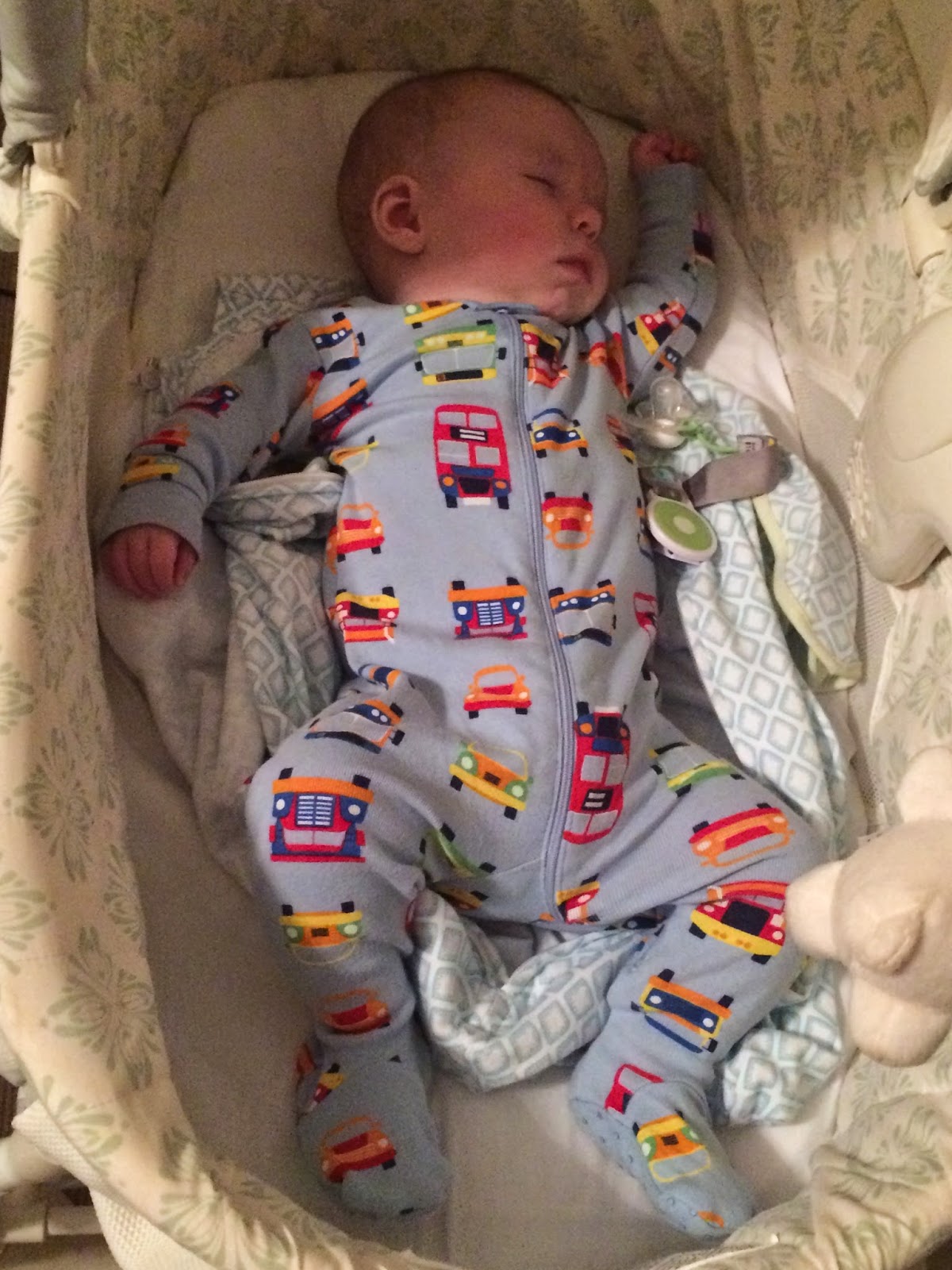 This makes me really sad.  It also makes me sad that he seems to be teething.  I'm going to seriously miss this toothless grin! 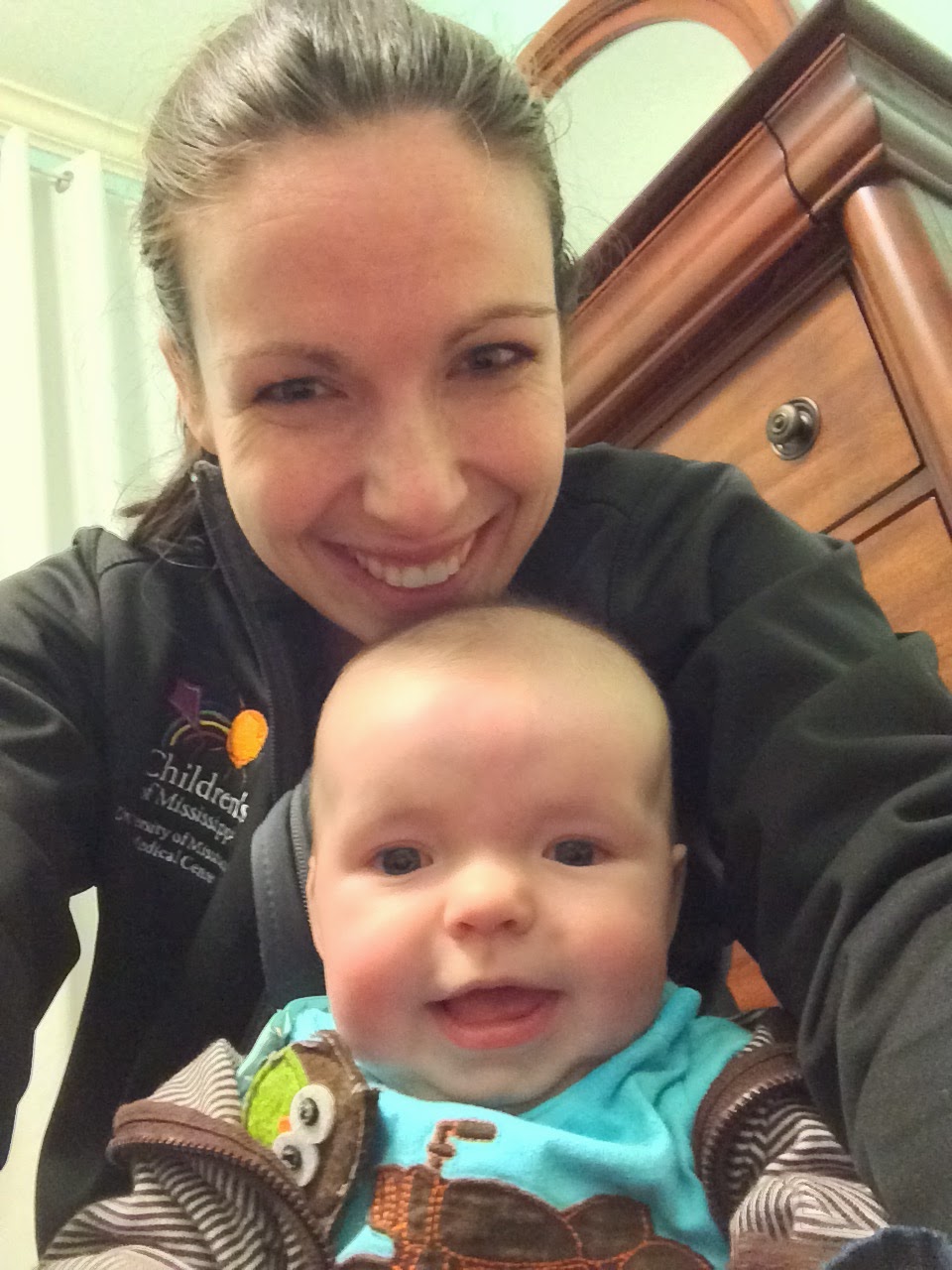 He still doesn't like tummy time that much but he is getting much better at it. 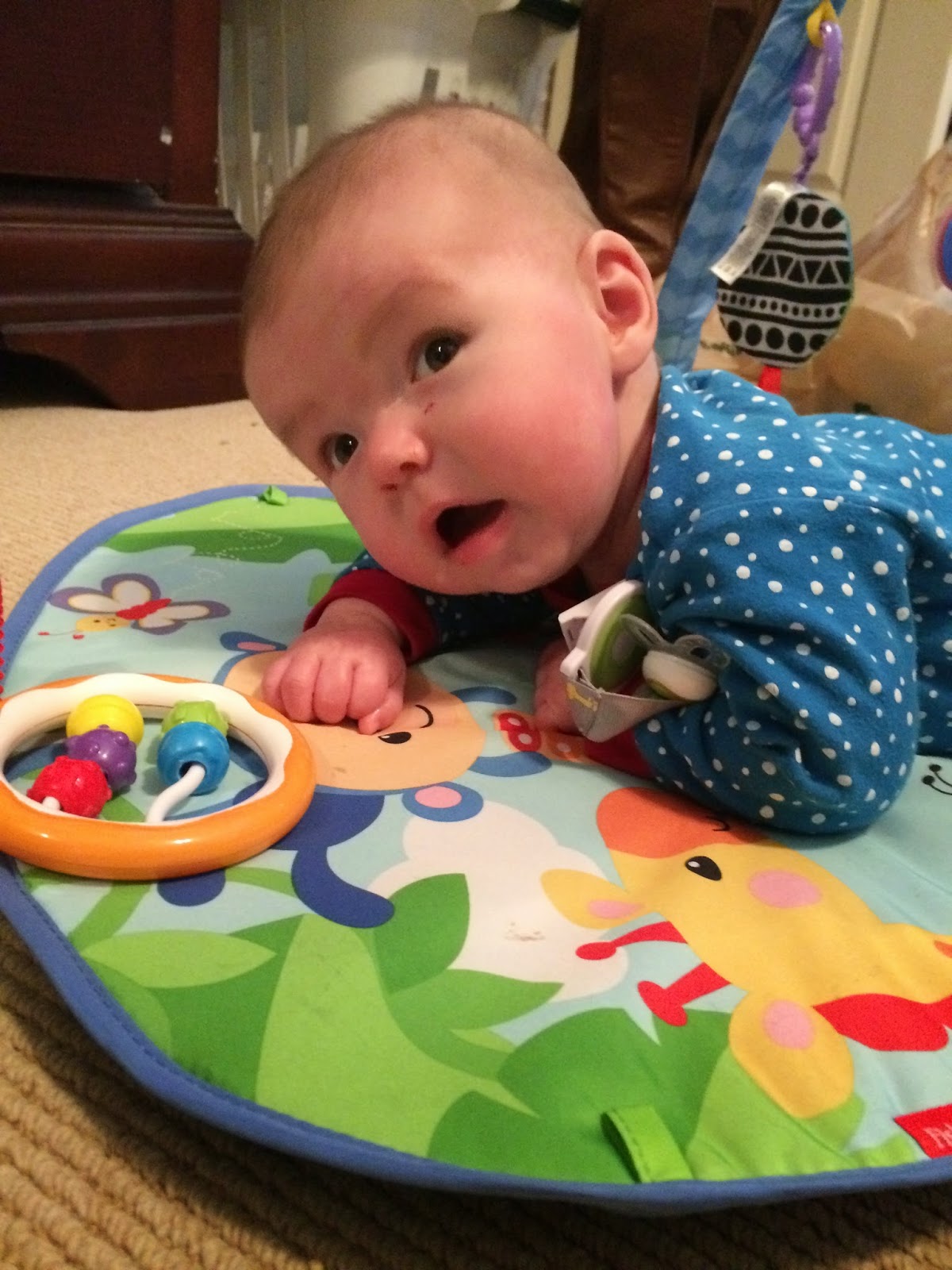 Again, he hasn't rolled over yet but is so close.  He just needs to get over that arm and he'll be a rolling machine.  He enjoys his bumbo and really wants to sit up but just doesn't quite have the stability or strength to do it on his own yet. 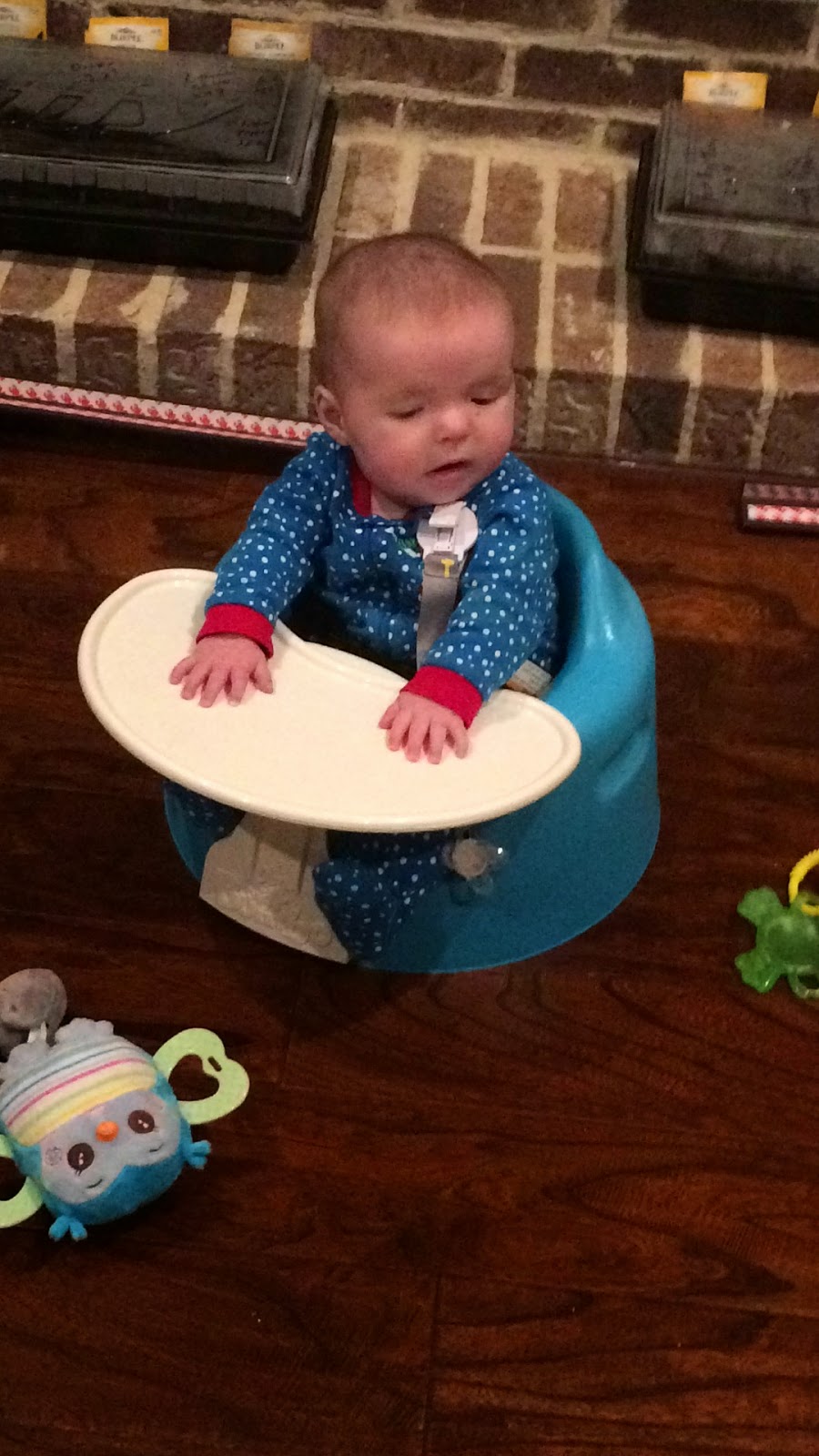 He talks ALL. THE. TIME.  I think we may end up having two talkers on our hands.  And I think that he and Kate are going to be GREAT friends! 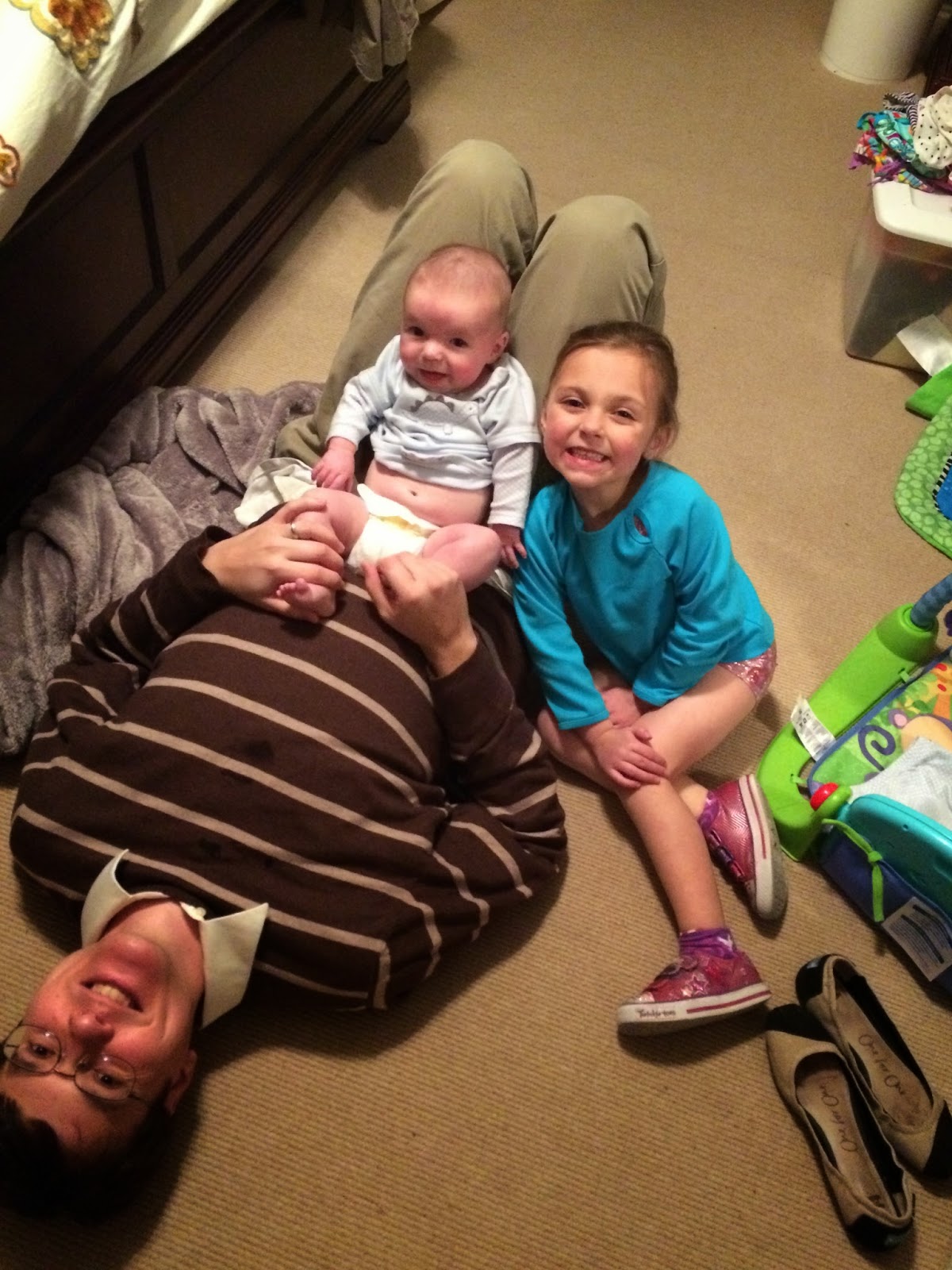 We've also discovered that he really likes to be read to.  He just looks and listens and smiles.  The other day, I read him The Little Blue Truck and he just laughed and laughed when I got to the page with all the animal sounds.   I can't wait to read more and more to him. 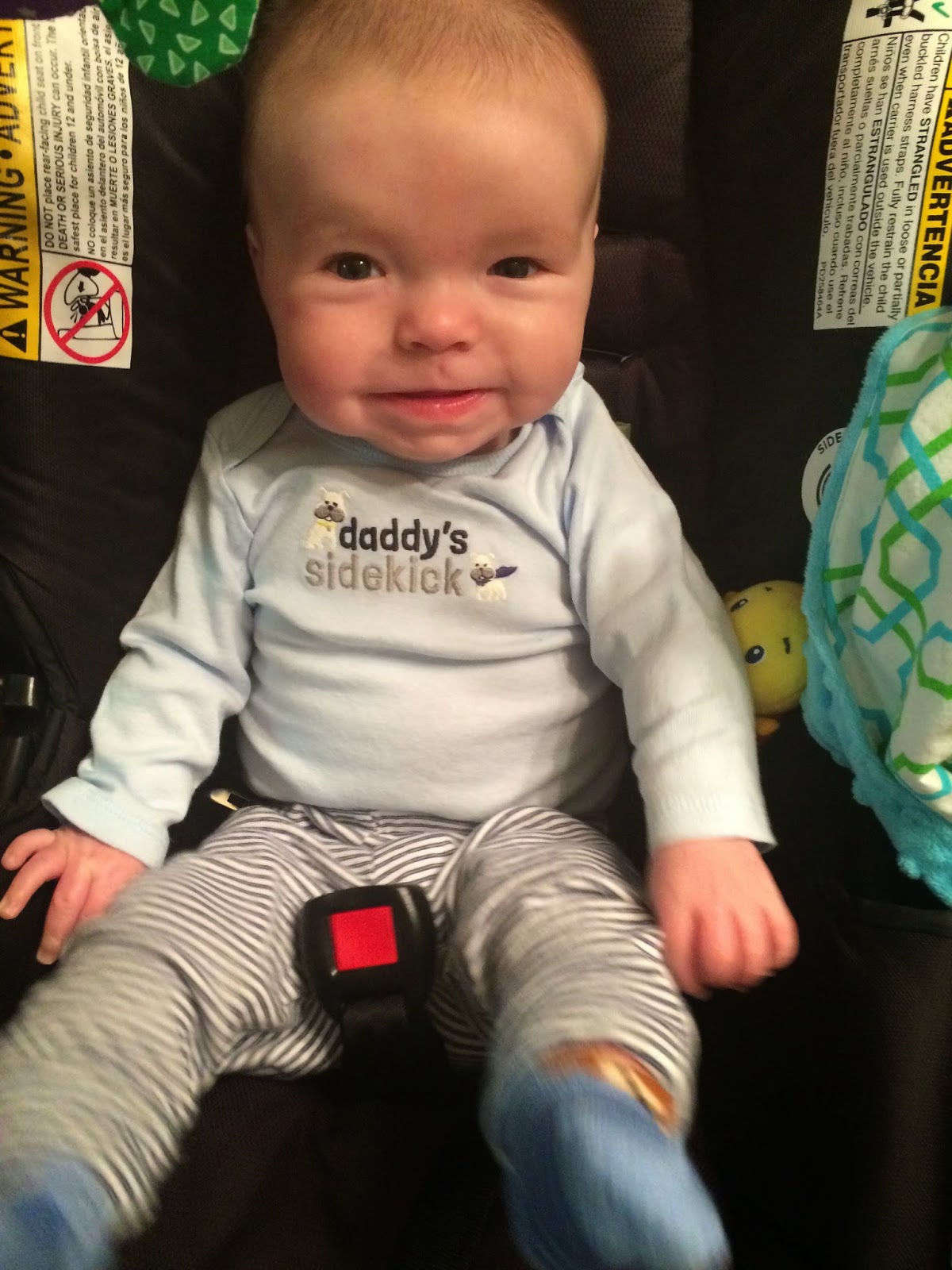 He still typically wakes up once a night, though over the past couple of weeks it seems that he's been waking up more than that.  We may try to transition him to his crib over spring break (I said we were going to but now I'm not sure if I'm ready yet) but we shall see. 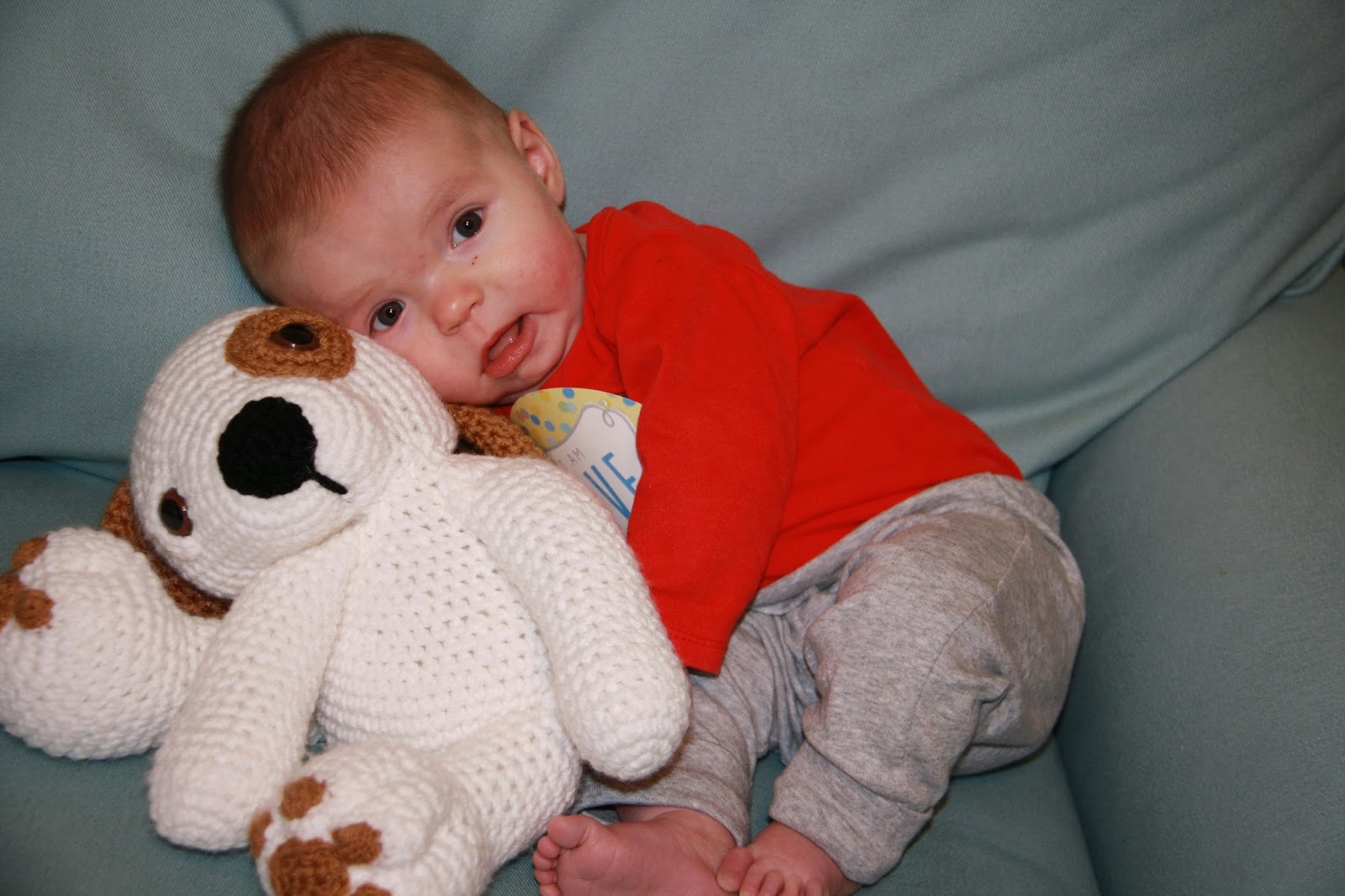 He has started to get on much more of a schedule the past week or so.  Around 7-730, his little eyes start to get heavy and he gets fussy.  If I hold him in a cradled position he almost immediately falls asleep.  He still sleeps swaddled and does great with that. 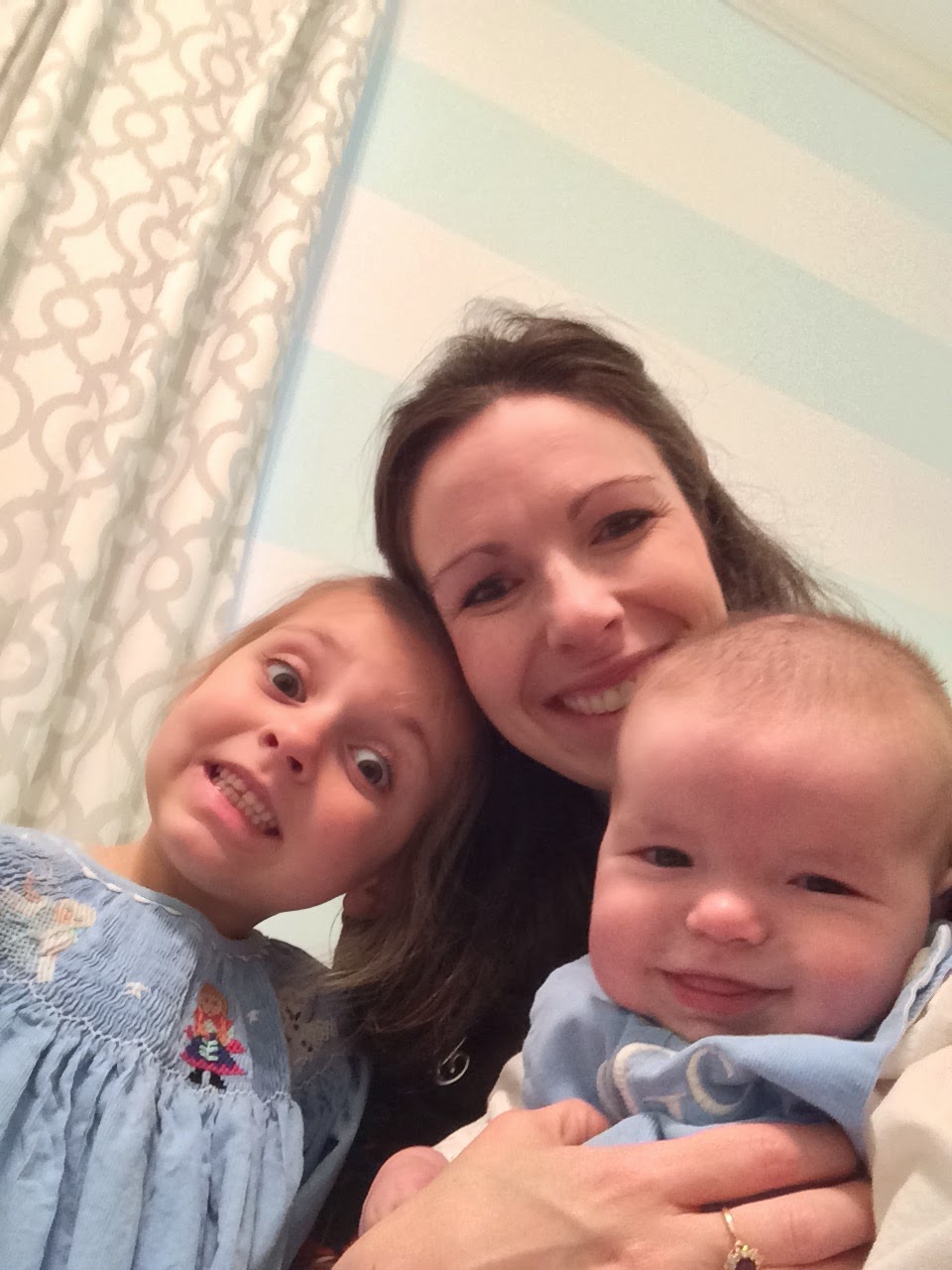 This month is going to go by so quickly.  I'm trying to soak it all in but time just seems to go faster and faster. 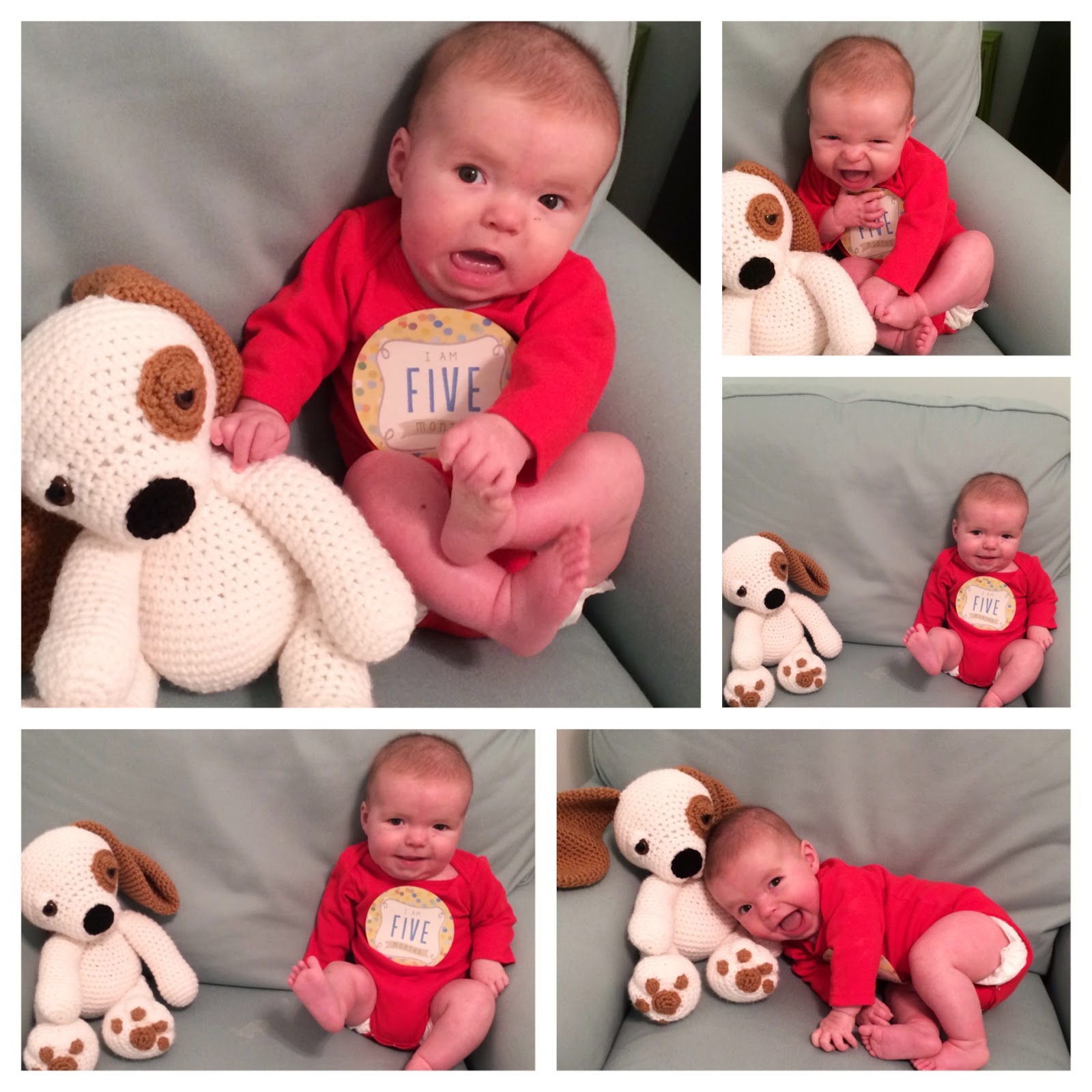