The next two days were warm and sunny, so the crowds were larger but still not bad.  We went to EPCOT on the morning of Day 3. 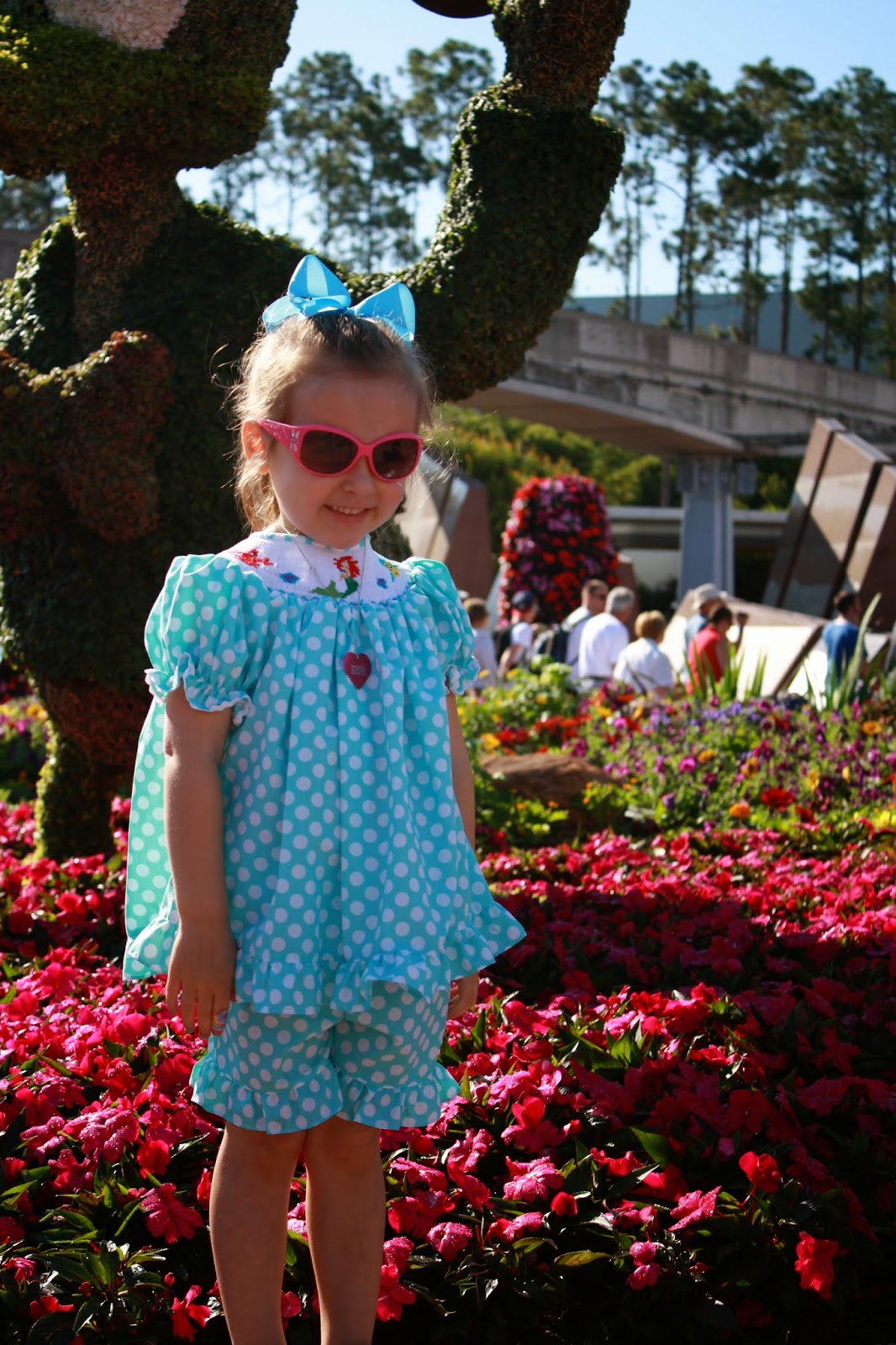 Kate wore her Ariel outfit because we had plans to meet some princesses later that day at lunch.  The first character we met that day was Pluto. 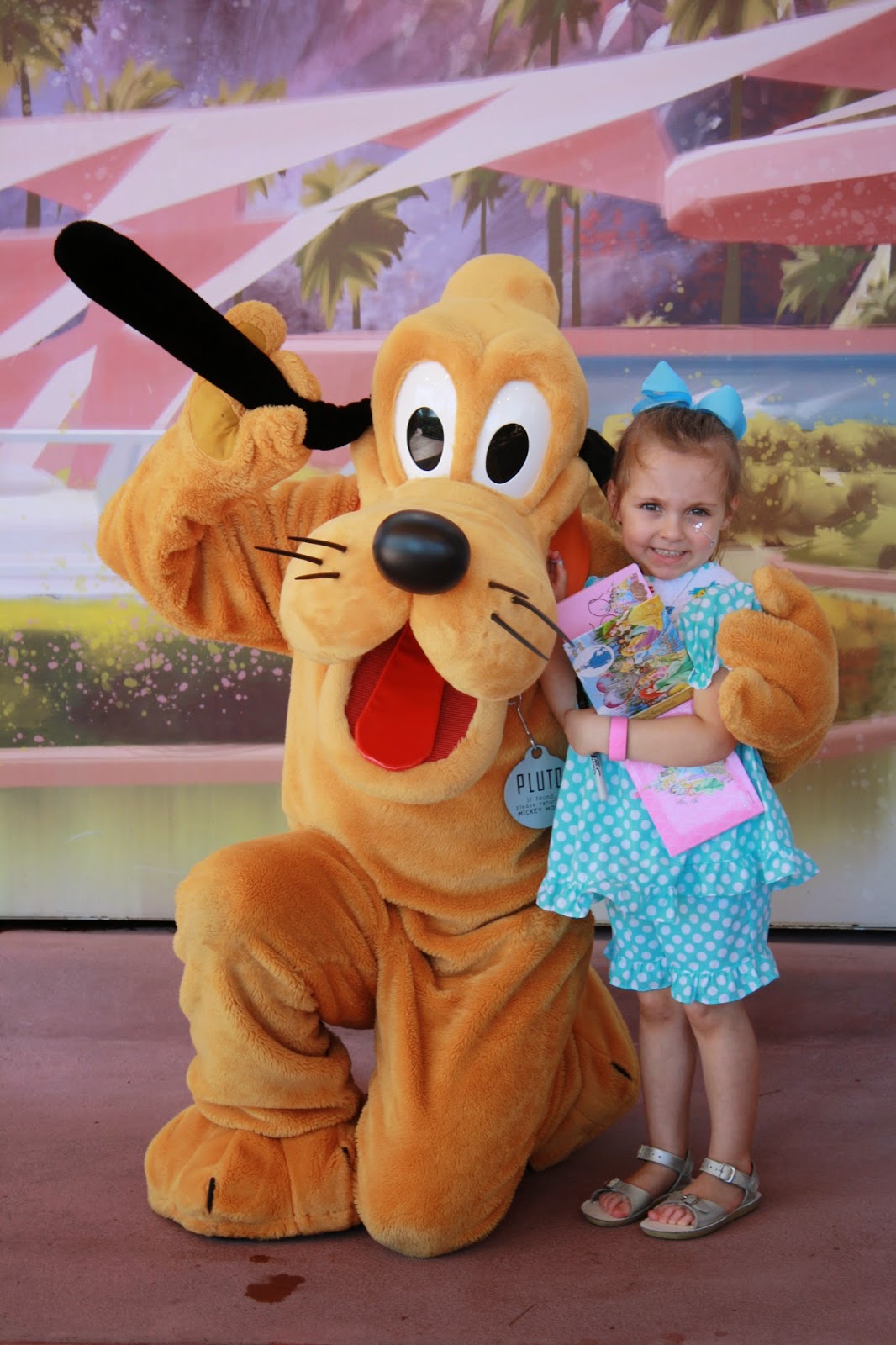 Kate was SO excited to meet him.  Then we headed over to the Land and Sea exhibits.  Everyone else rode Soarin' while I waited.  Things like that make me feel sick.  First we had to be sure Kate could ride...she JUST was tall enough.  YAY!  She loved it.  At one point, she said it was her favorite; I think she thought they had really gone to those places.  So cute! 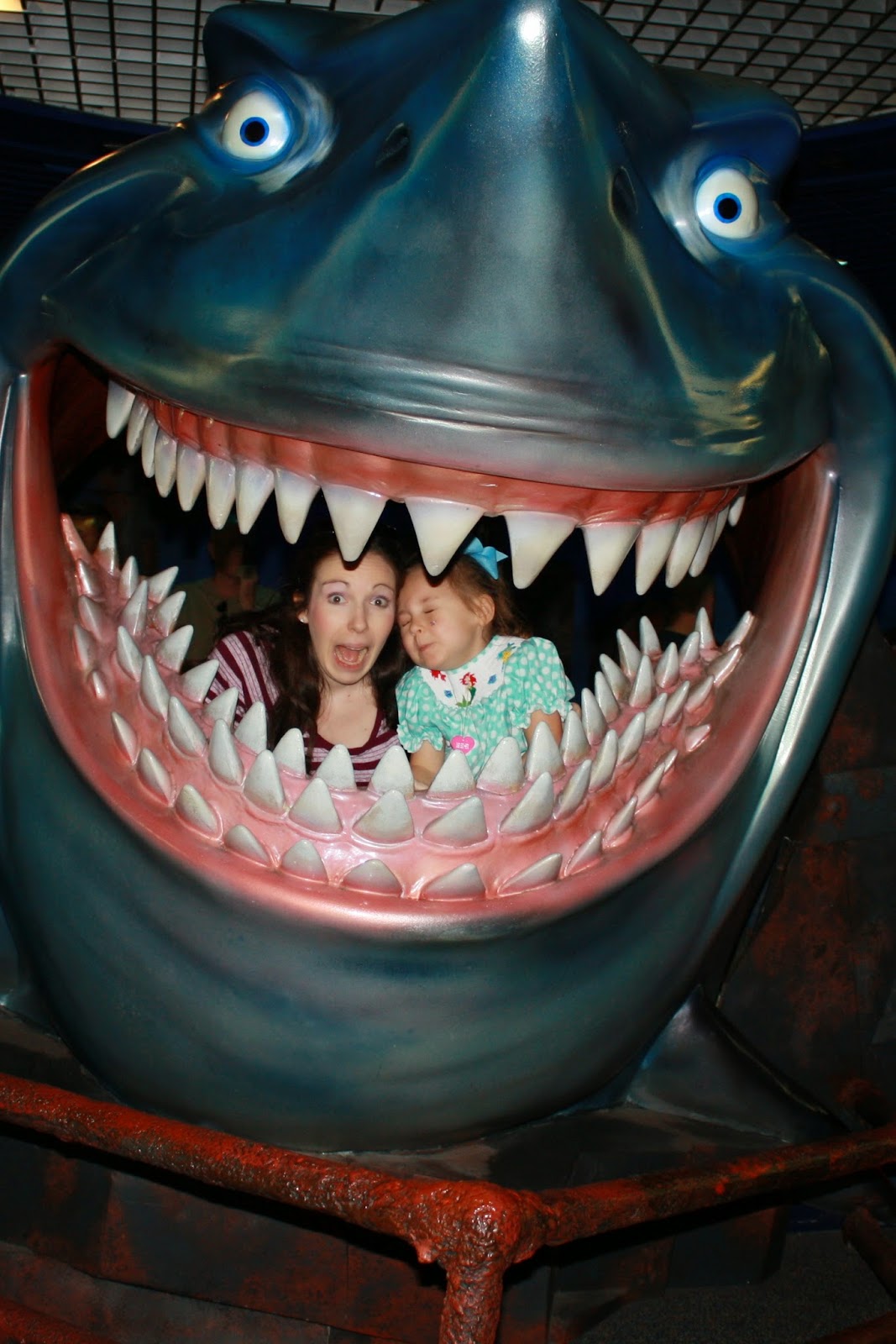 Then we explored a little and rode a Nemo ride.  By that time it was actually almost time to go see the Princesses at Akershush in Norway. 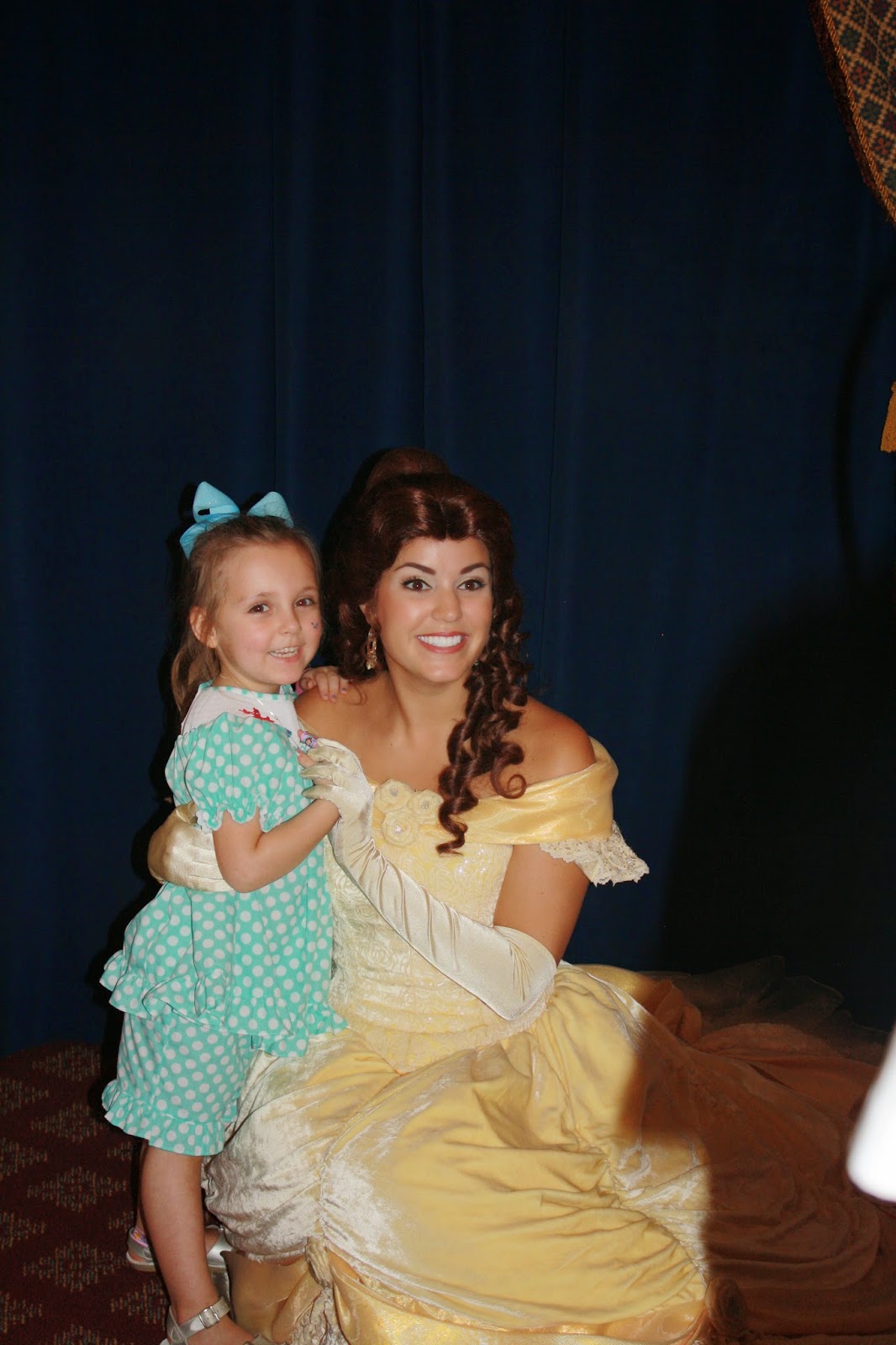 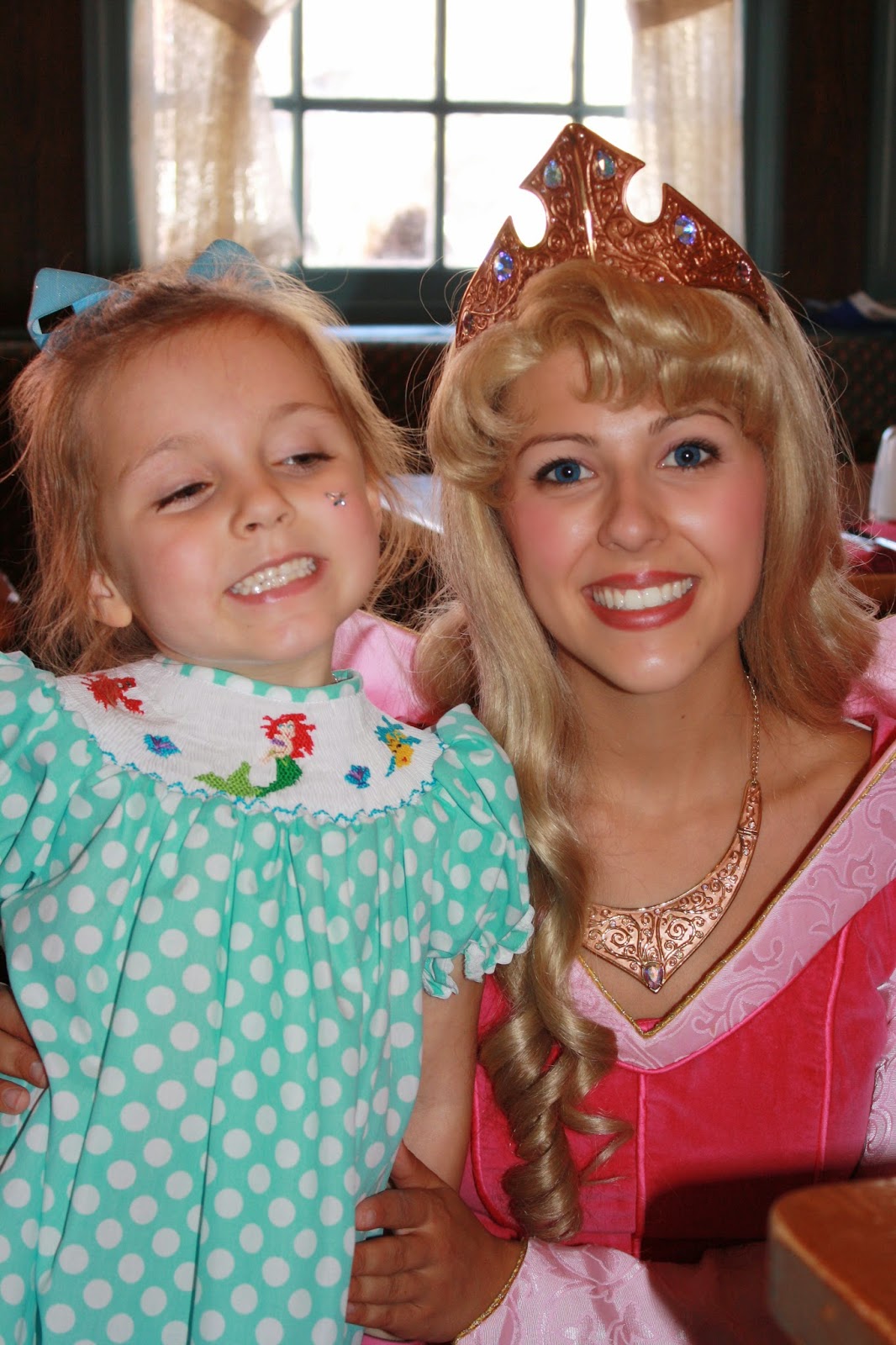 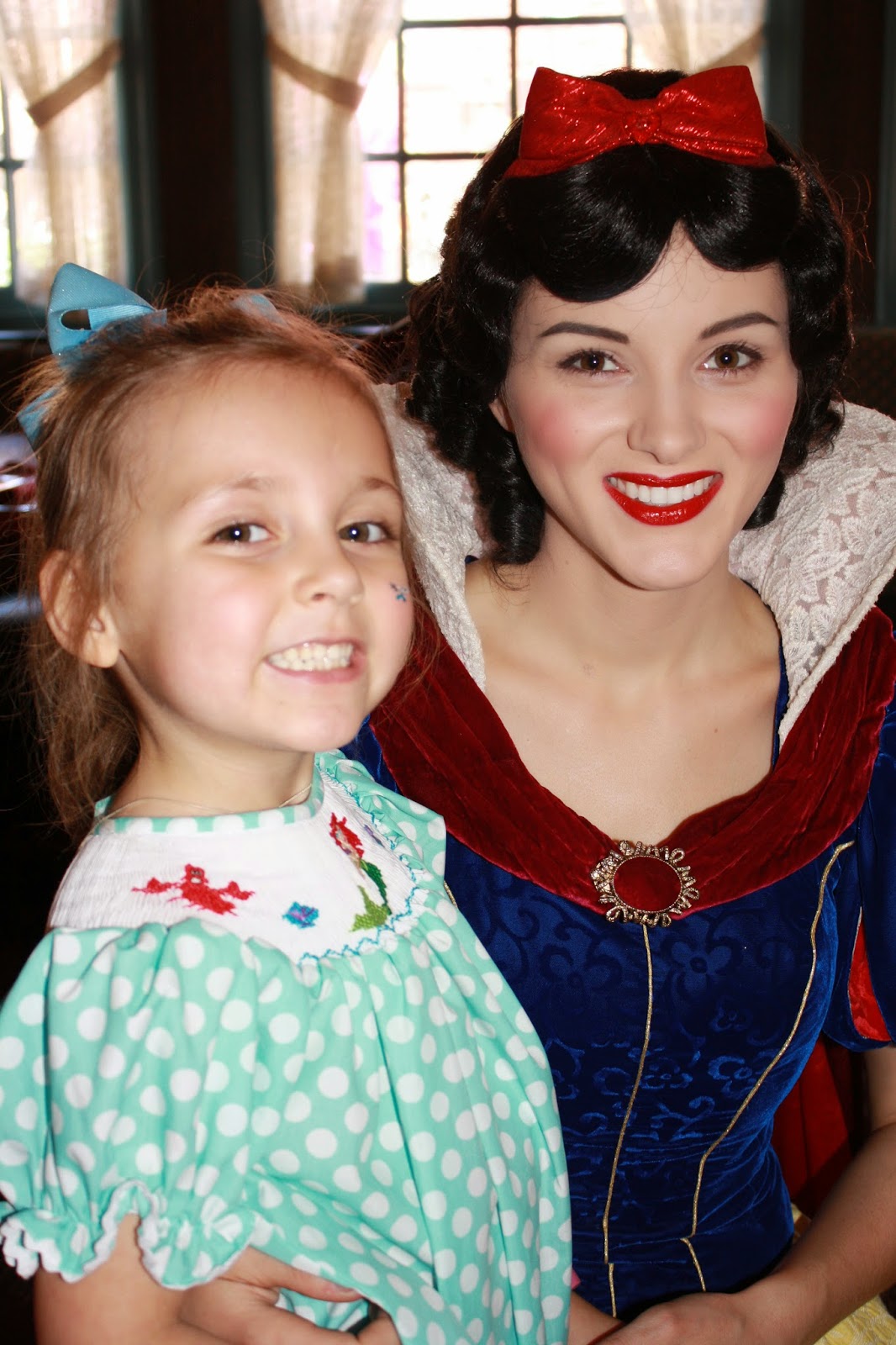 Cinderella  (who OF COURSE remembered Kate giving her the flower the night before!) 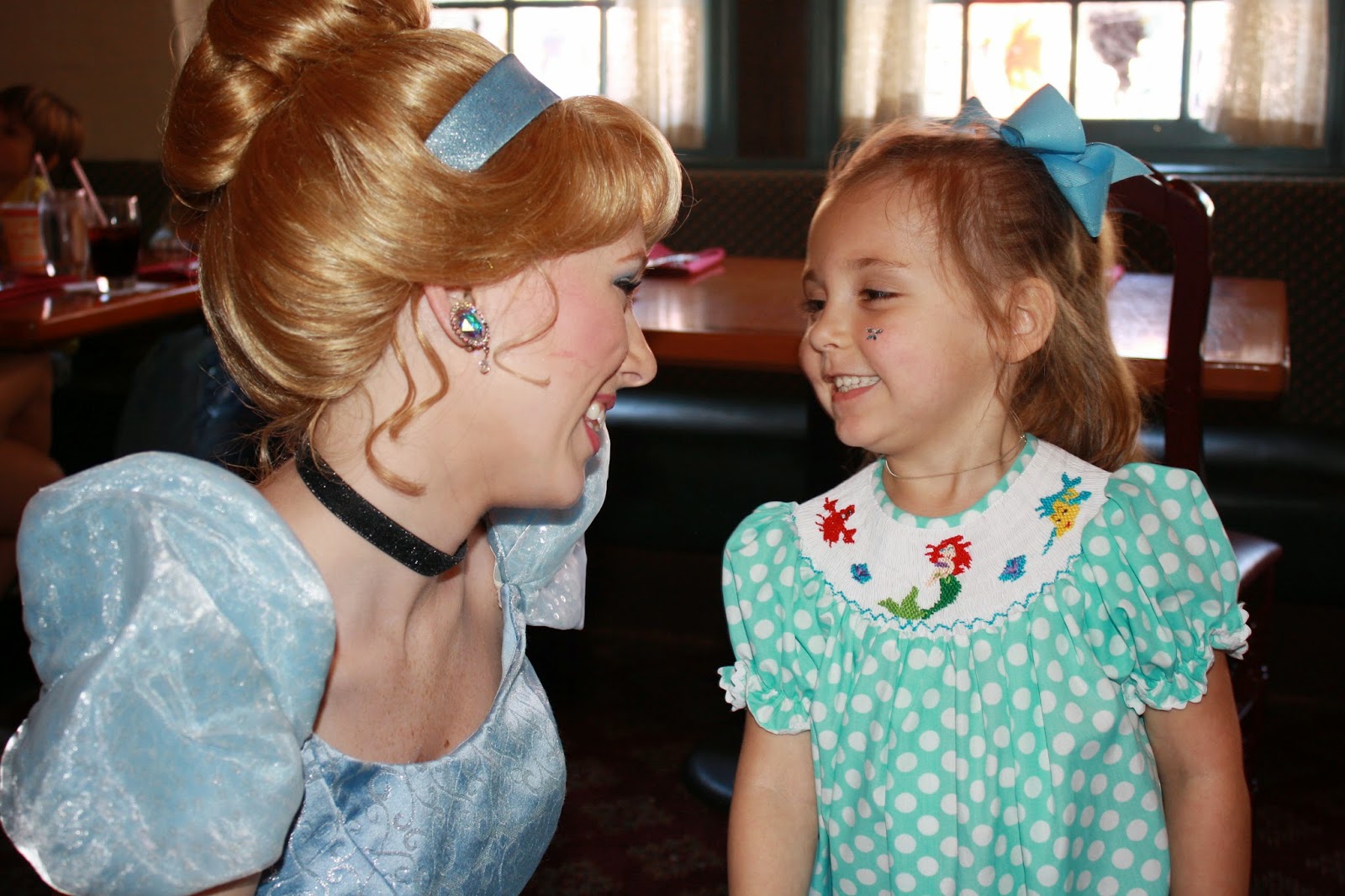 and Ariel (who of course, loved her outfit!) 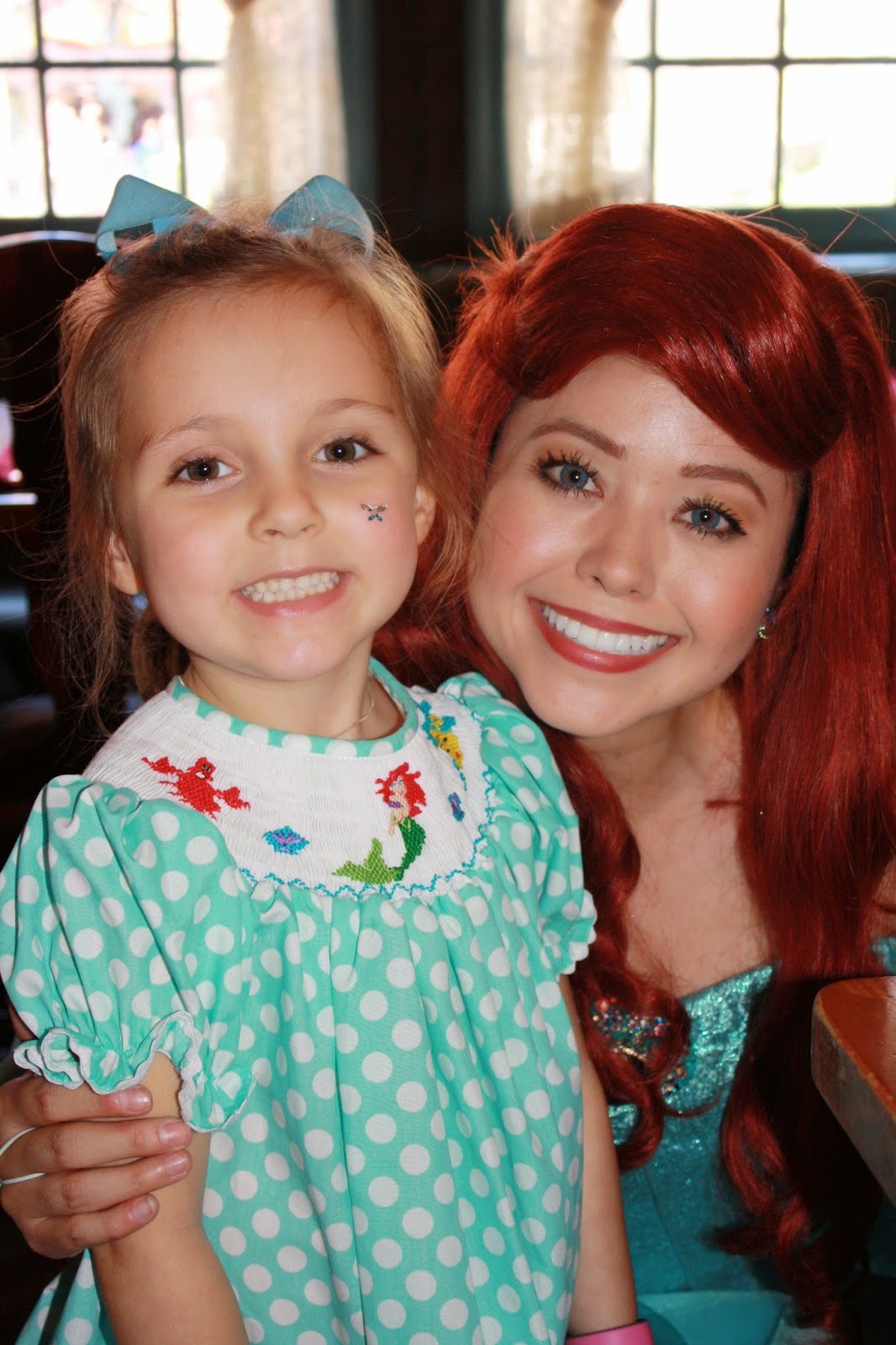 Granddaddy and Kate had fun playing while we waited on dessert... 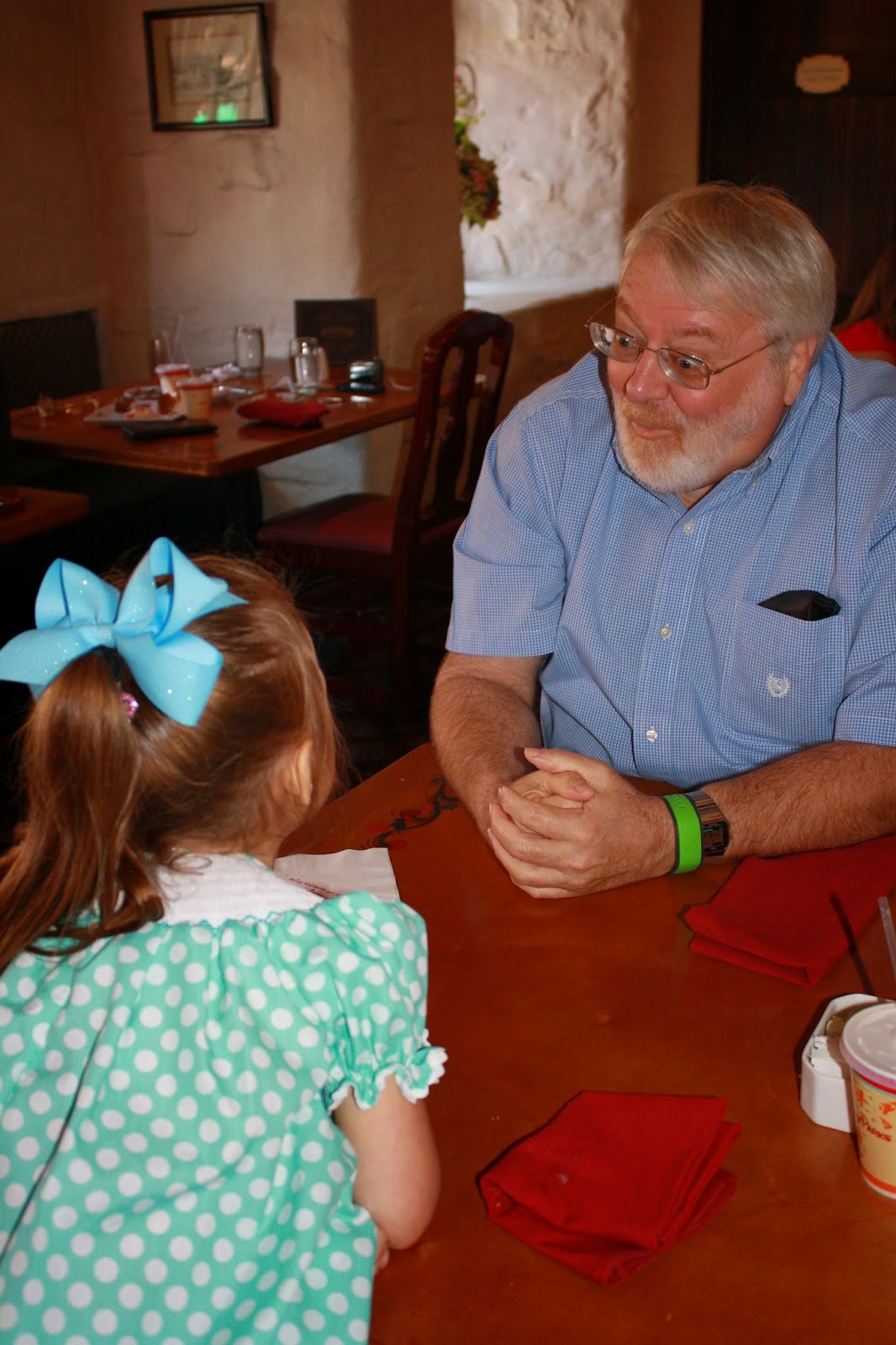 and then Kate got to lead the line of princesses during the parade. 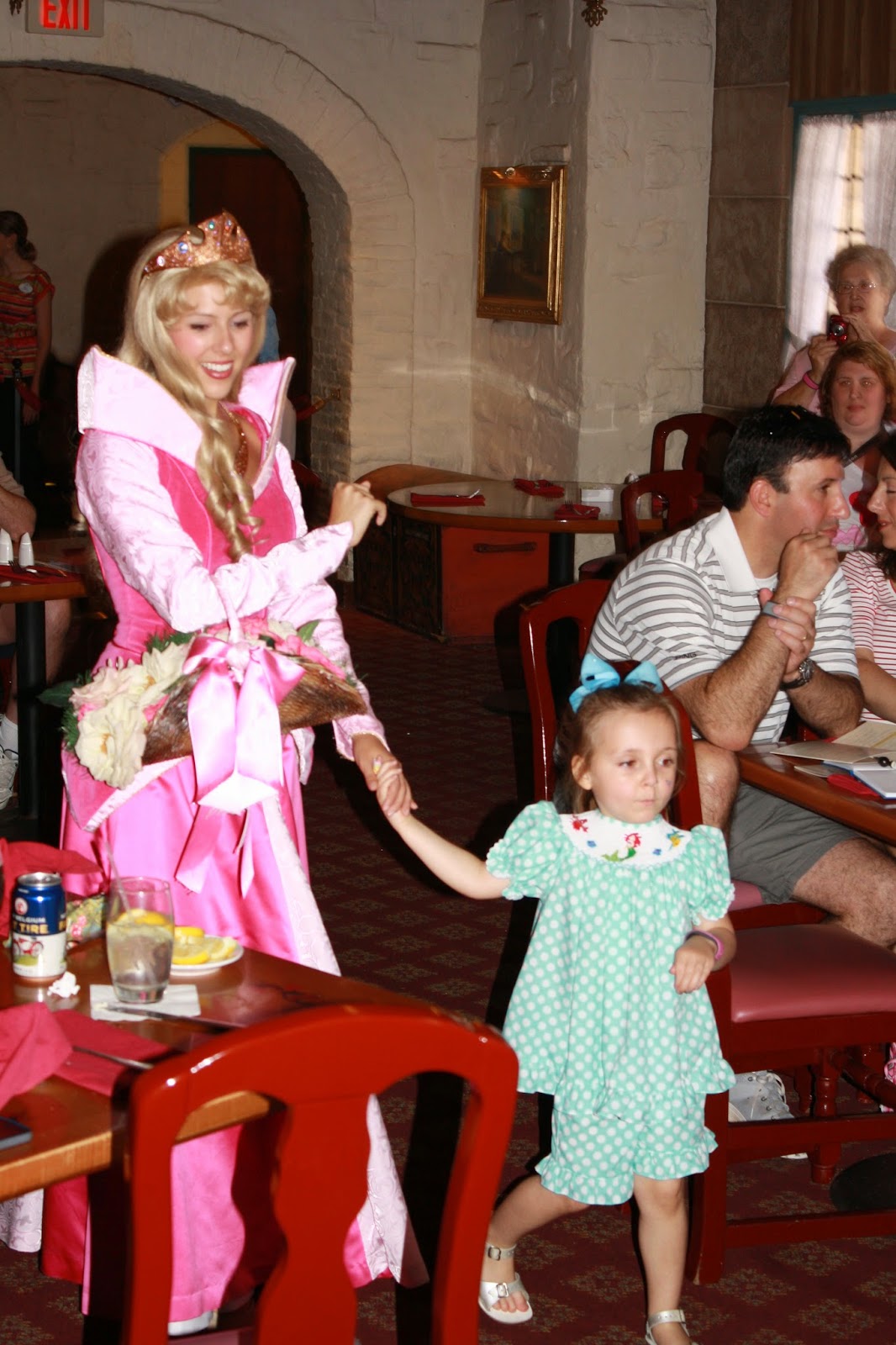 We rode the Norway ride and tried to meet Mulan, but her visit was too far away; so, Kate went back to the hotel for nap while David and I returned to Magic Kingdom.  I got a Dole Whip (which was pretty good).  We did some shopping and climbed the Swiss Family Robinson treehouse. 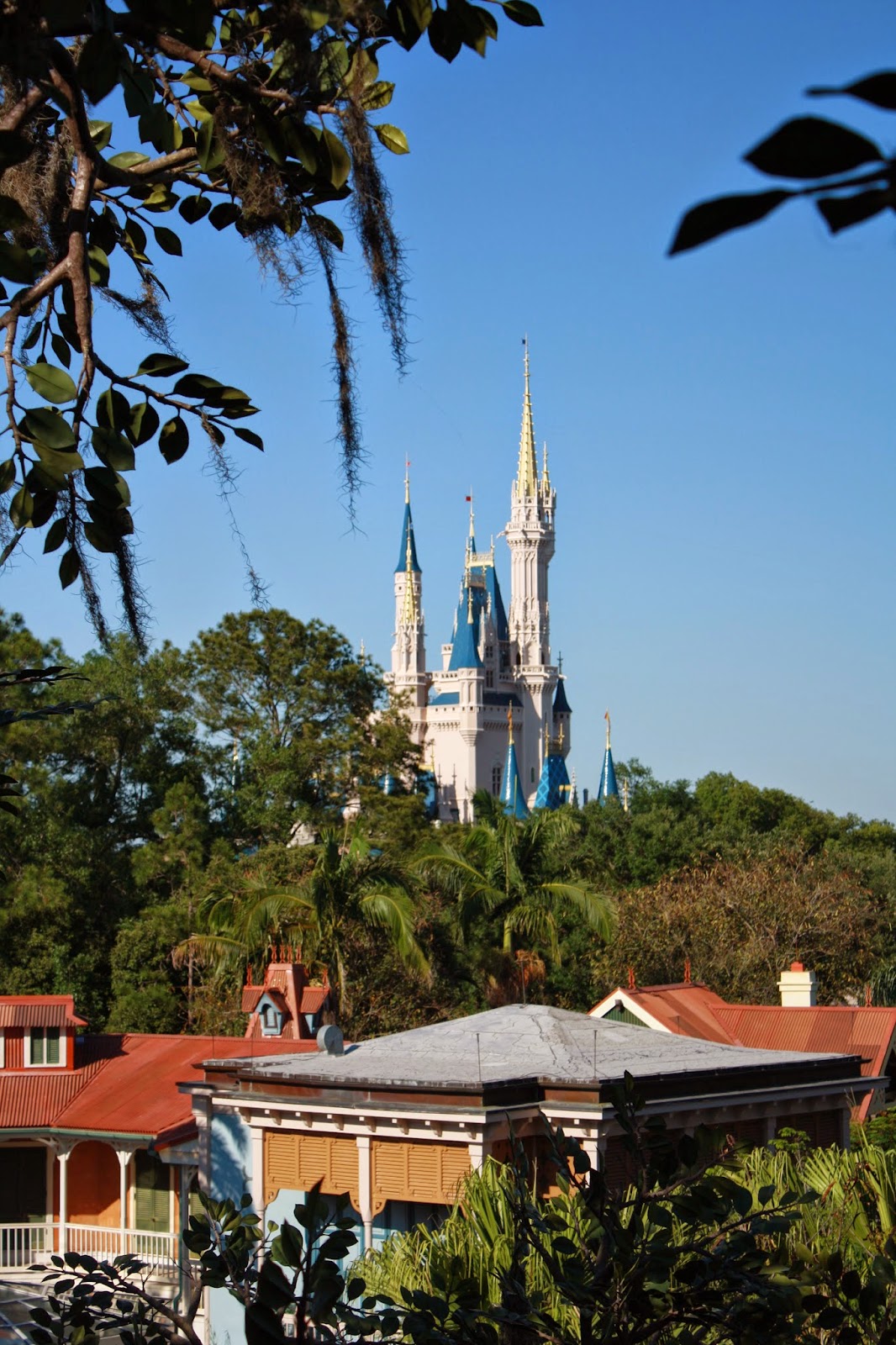 Then we went to meet Kate, Kate-O and Grammy.  While we were waiting, we got a call from our realtor that NO ONE had come to our open house.  I was just a little (read MUCH) disappointed!  Everyone rode the rollercoaster while I guarded the stroller (sigh...being pregnant at Disney is no fun as far as rides go) and Kate-O and Kate rode Dumbo. 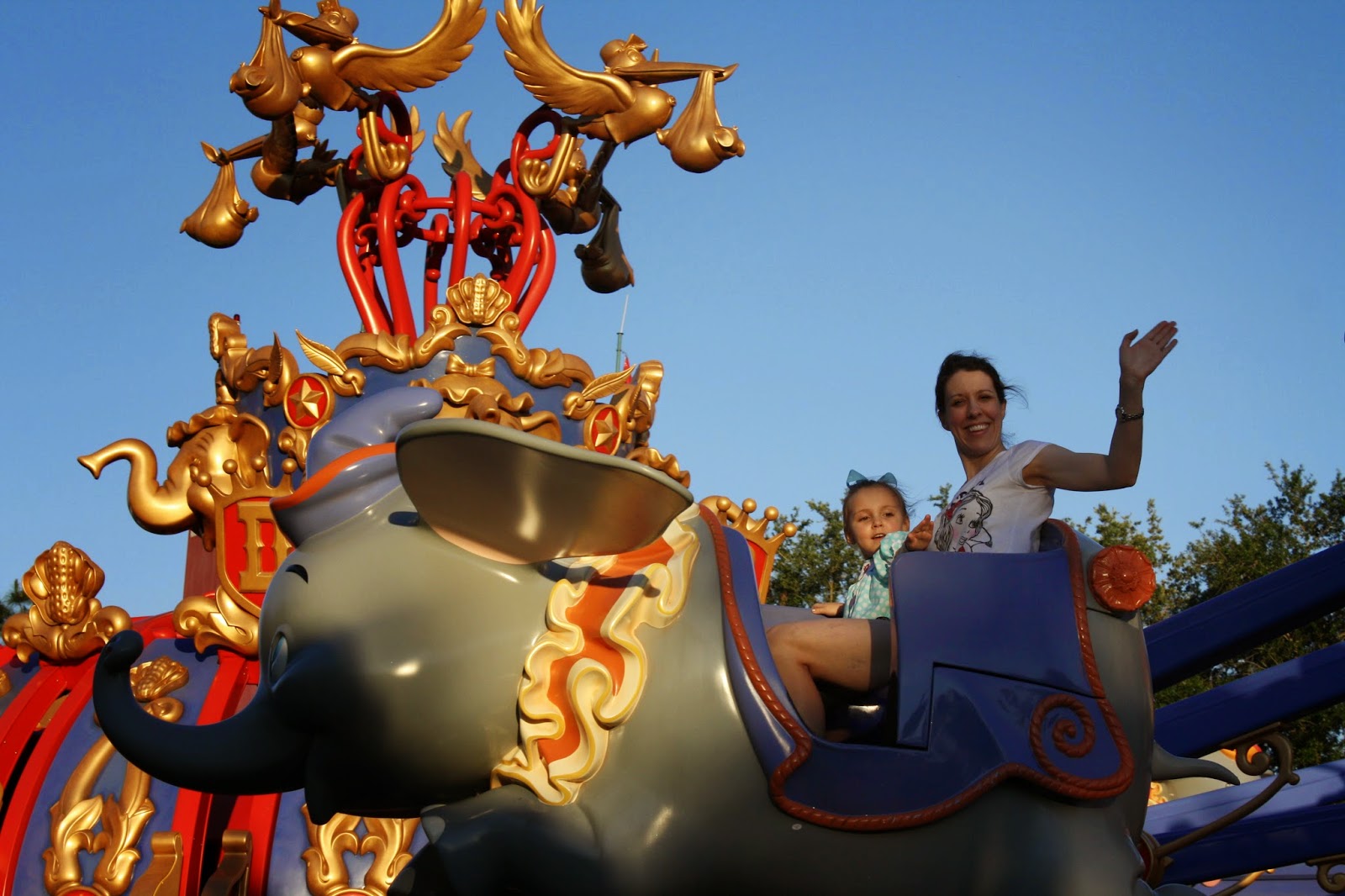 On the way to the other side of the park for the parade, we snapped this cute picture of Kate mirroring Ariel! 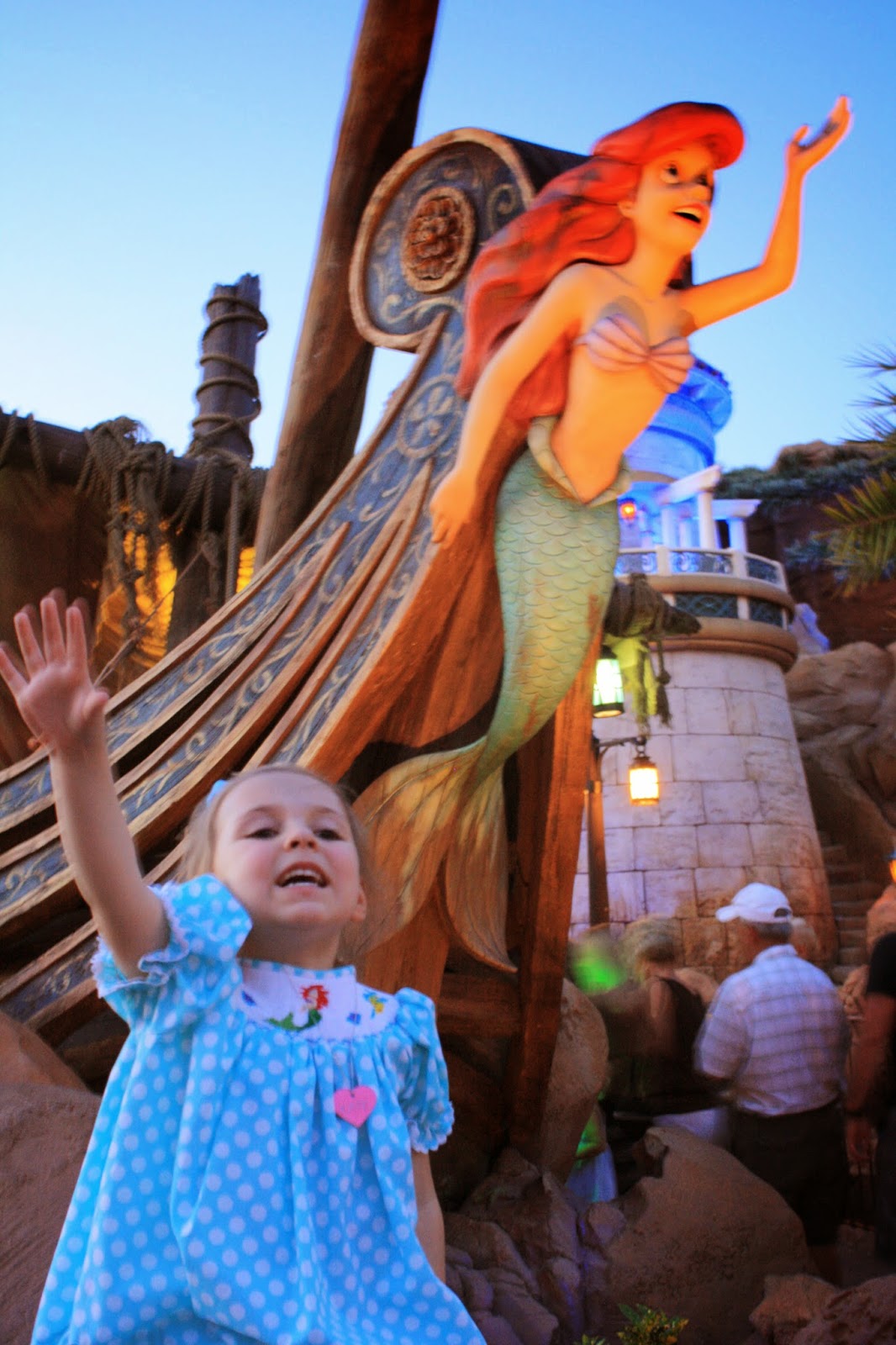 Then we got to watch the parade.  Such fun! 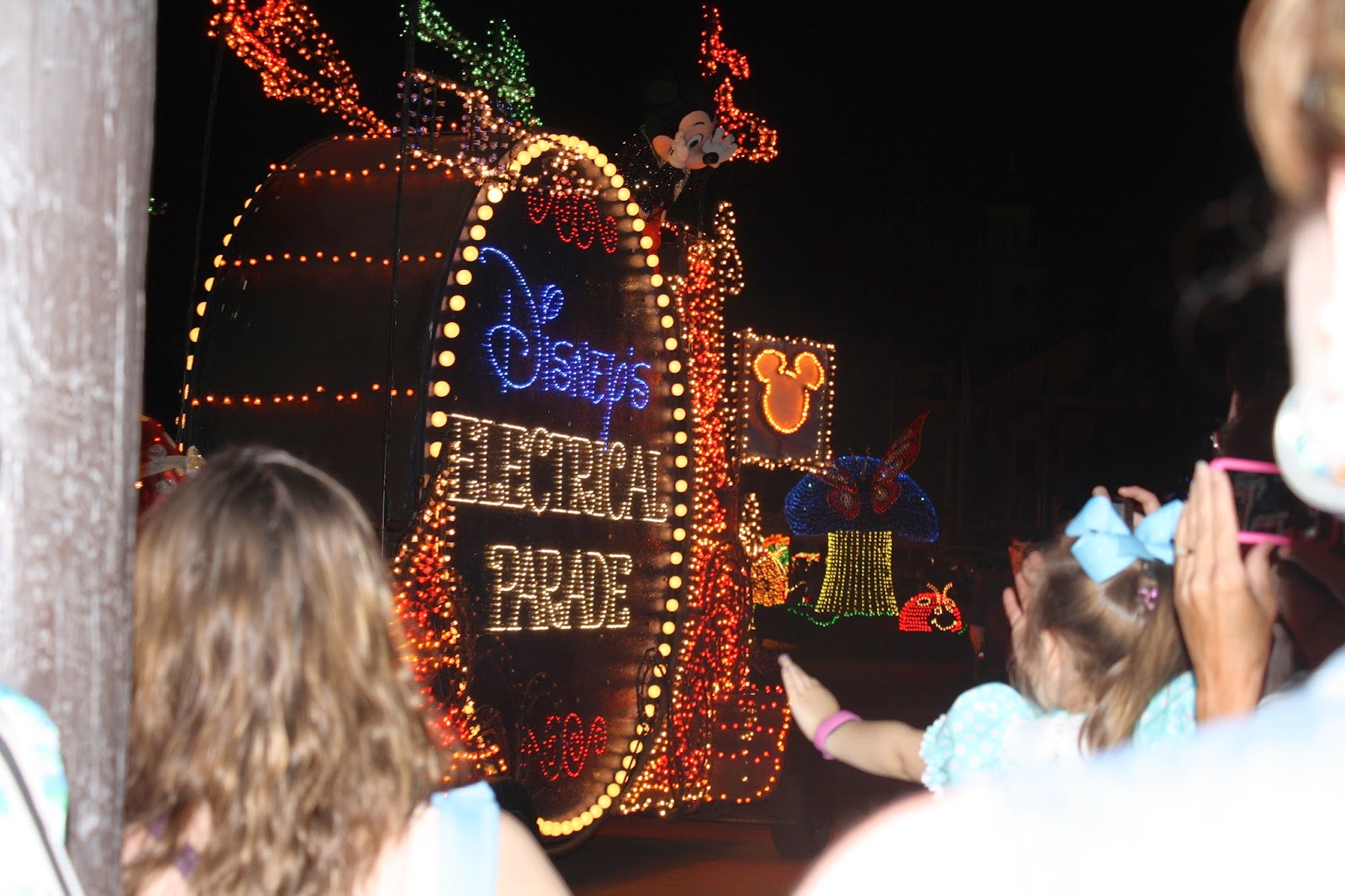 There were lots of characters including Tinkerbell, 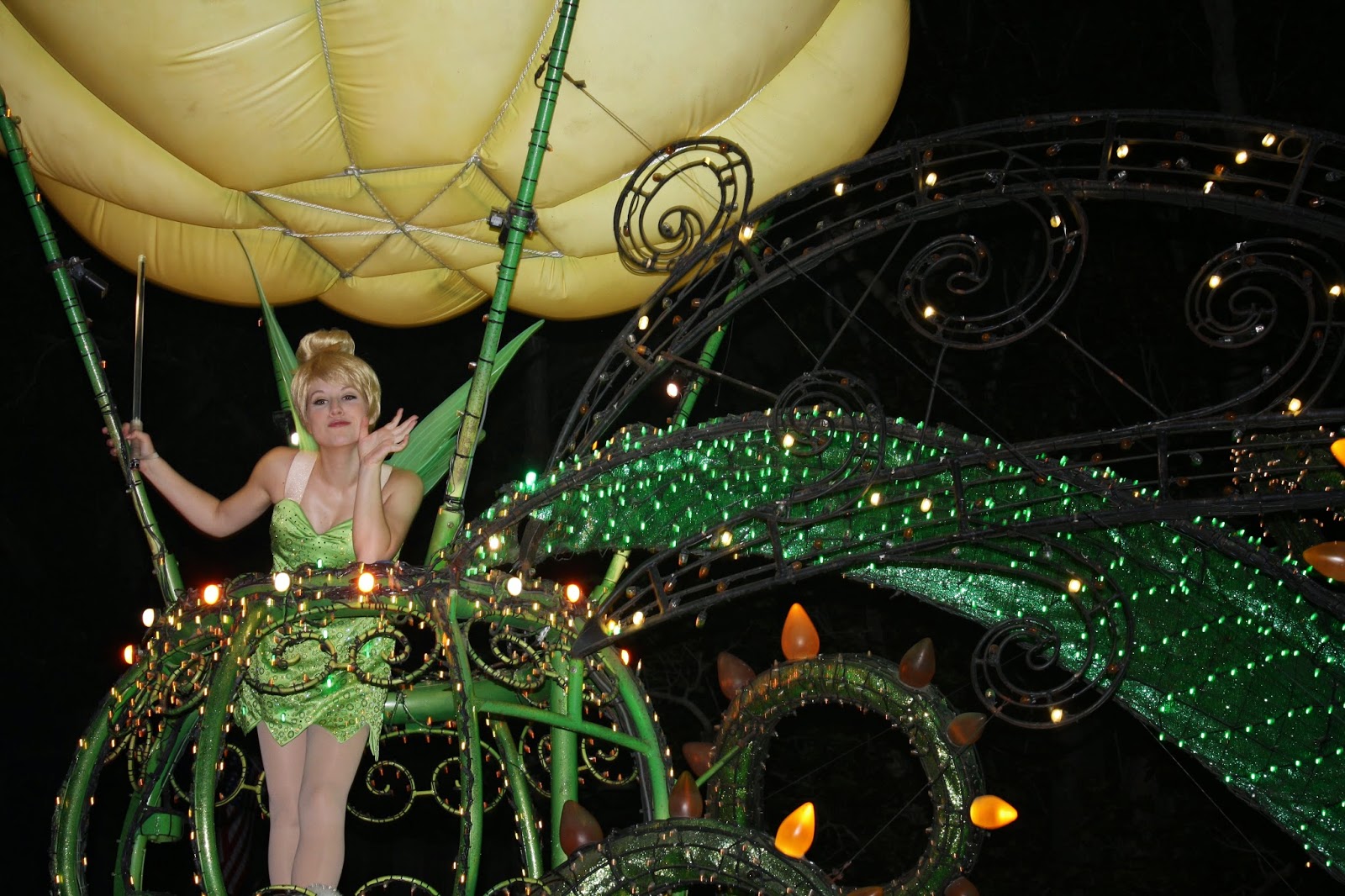 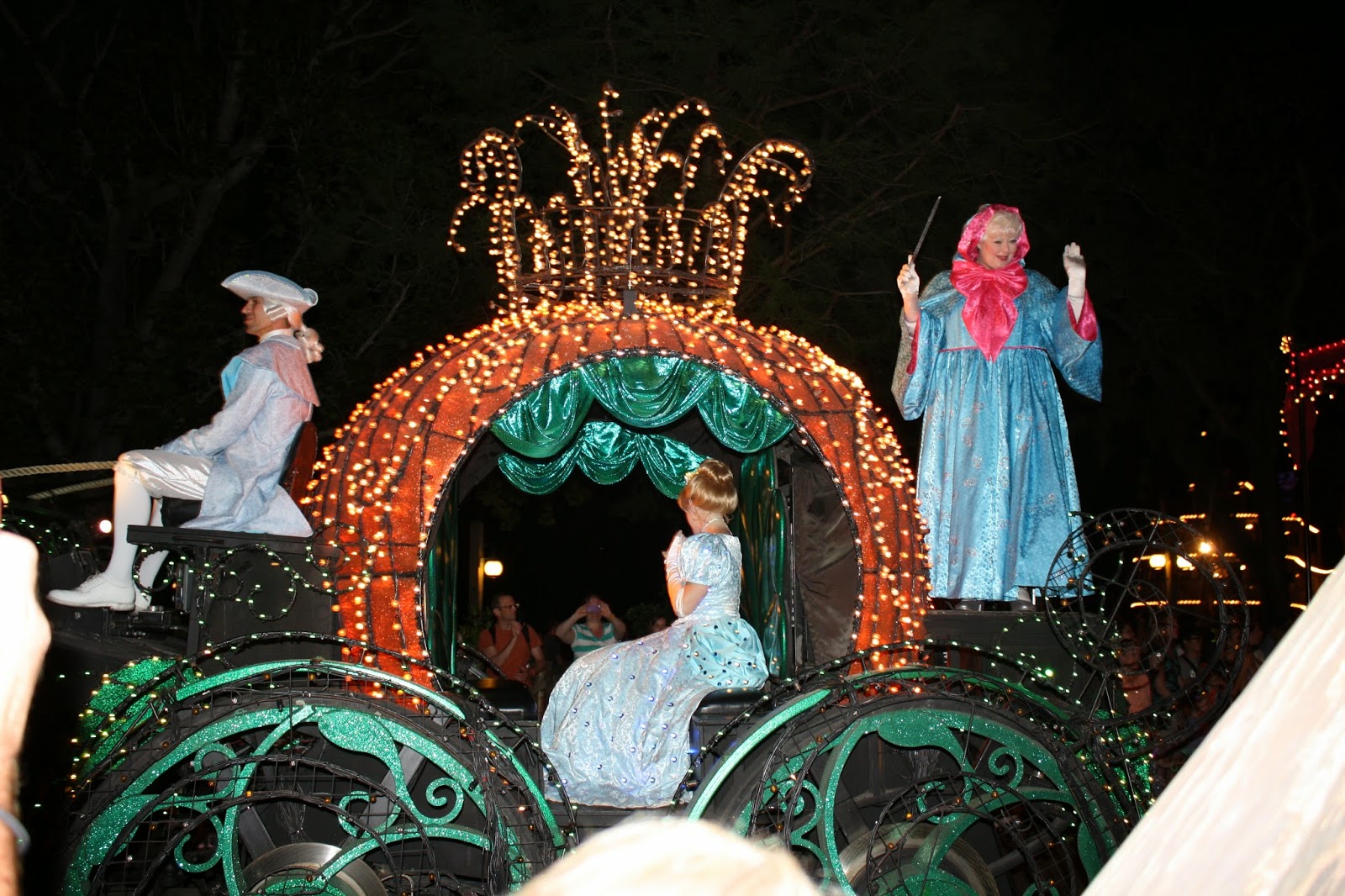 the Dwarves (Kate got to hold Doc's hand!), 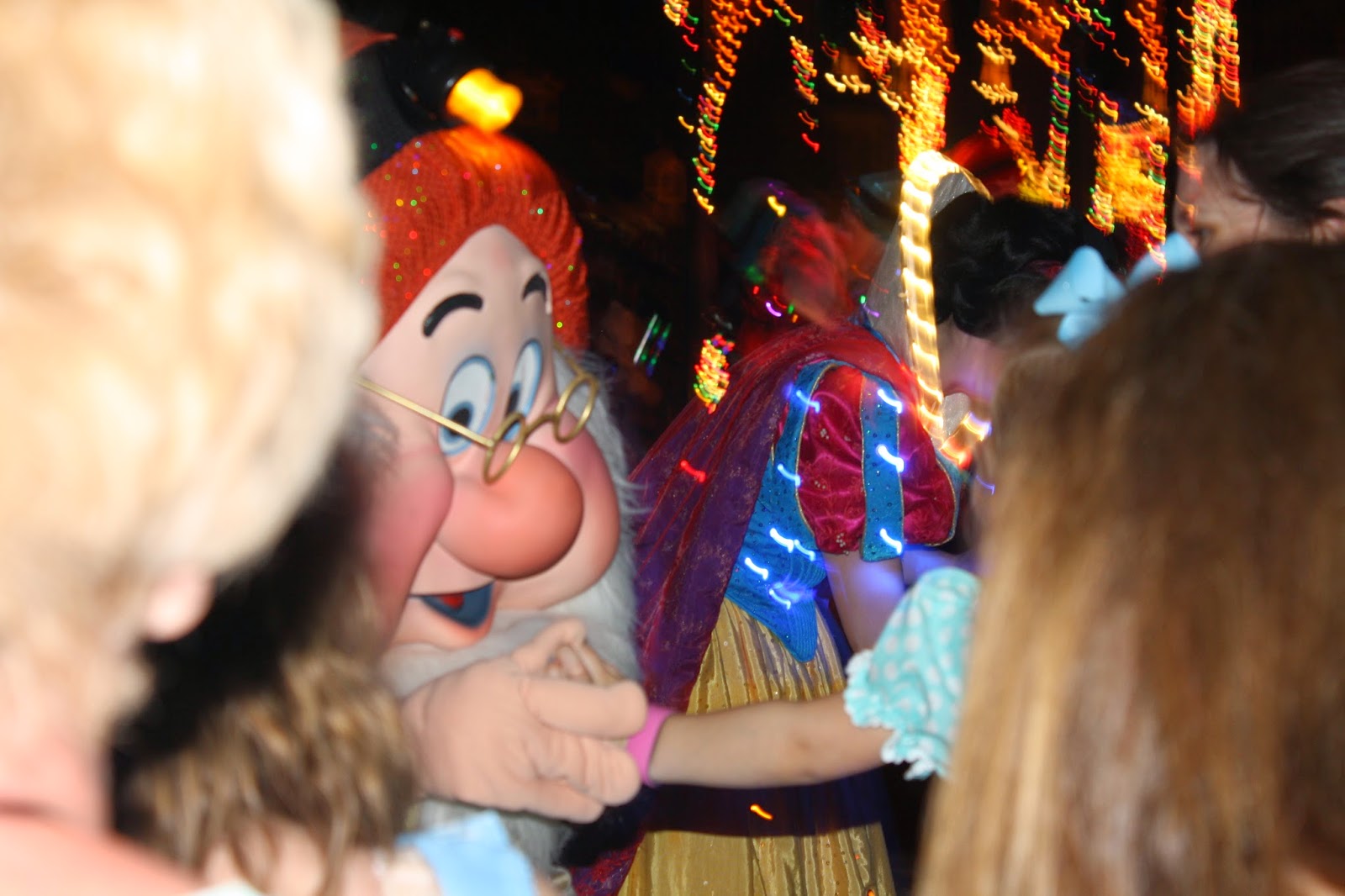 Pete's dragon and an Eagle to end it all.  After the parade we rode Pirates of the Caribbean and then headed to the fireworks. 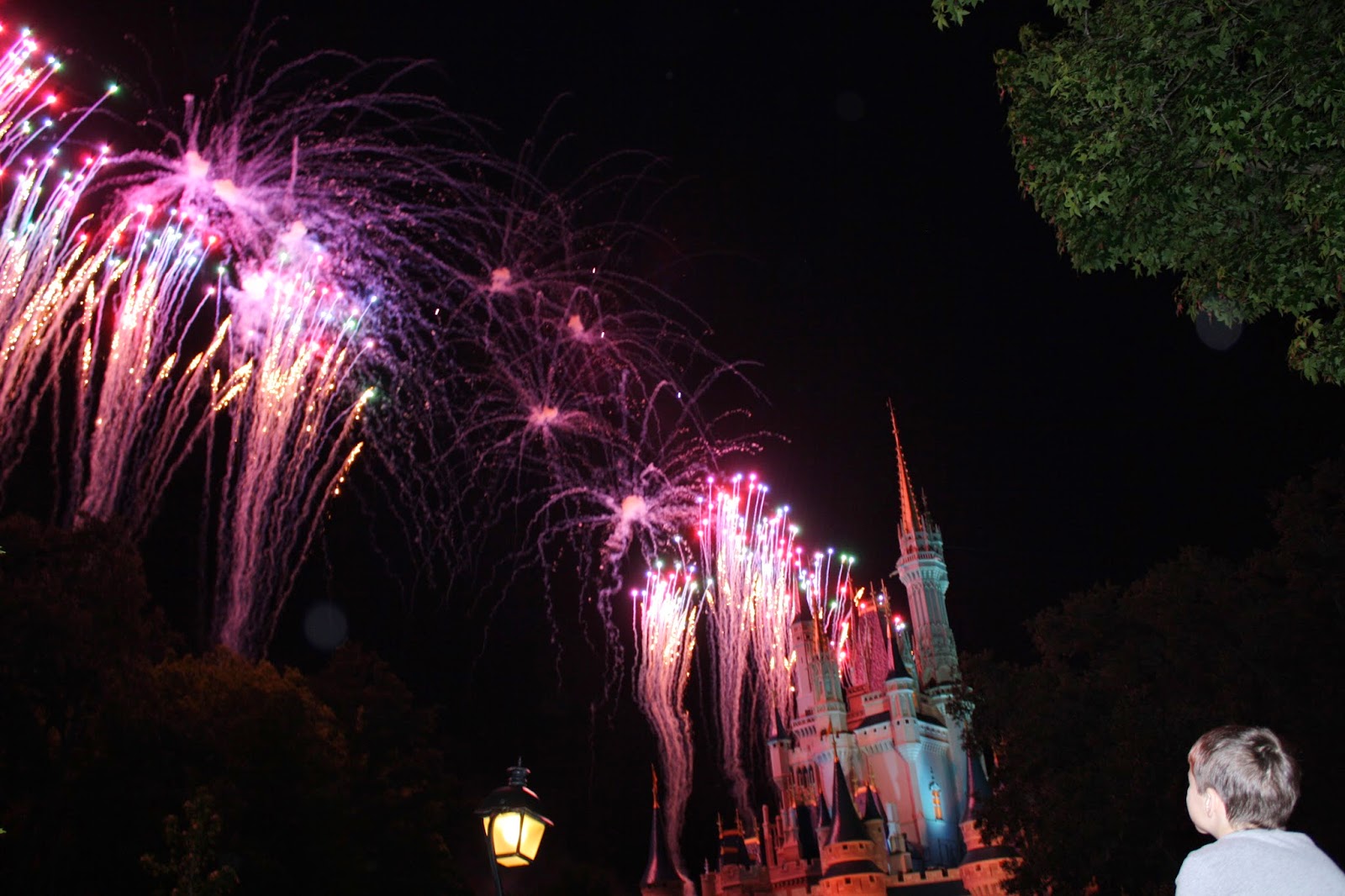 It was a long day but fun!  One more day to go! 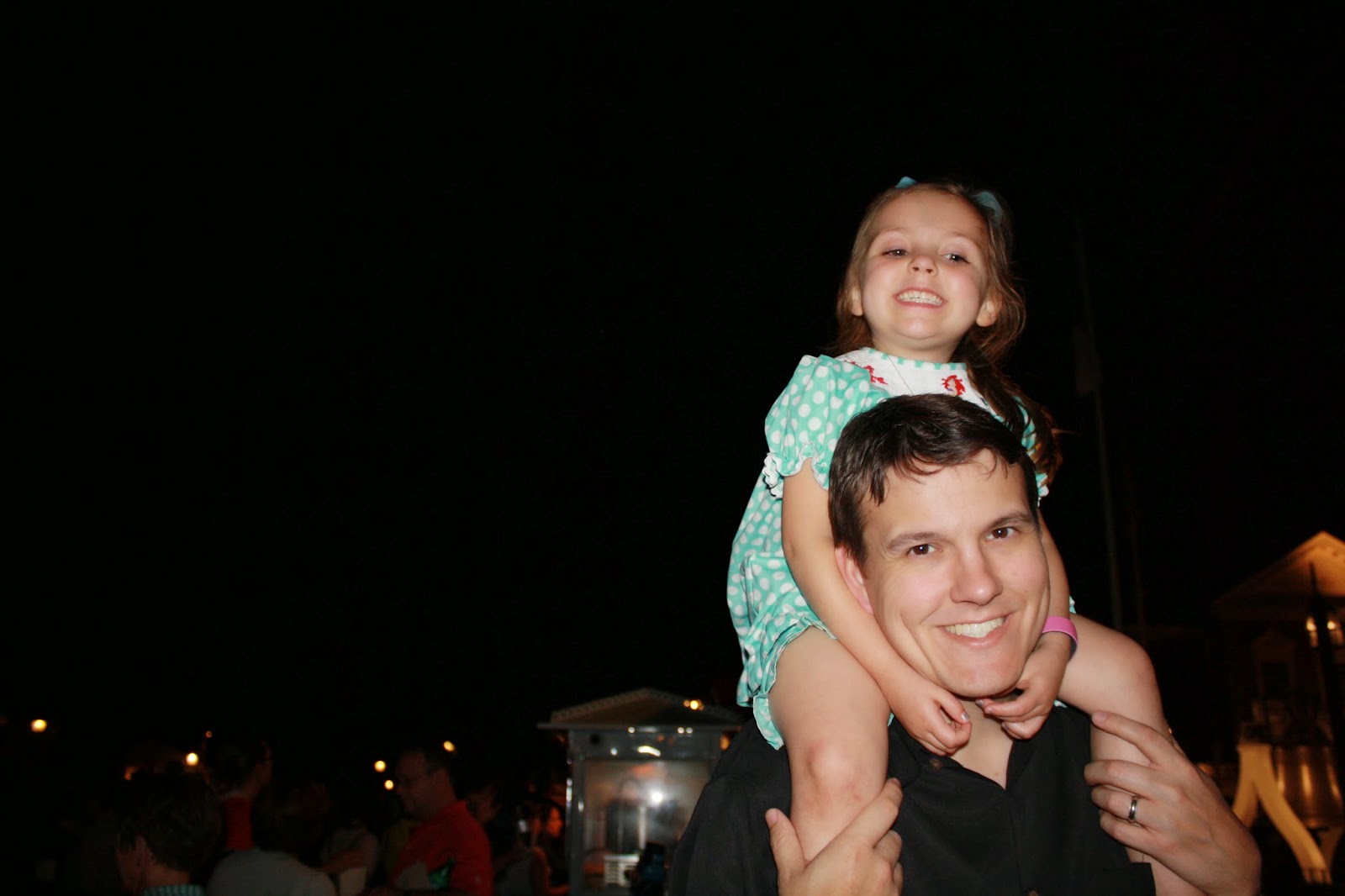