A Weekend with Doc and Allie

The end of October is always homecoming for my college alma mater.  My parents also went to Mississippi College, and Daddy used to teach there before they moved.  They tend to come to homecoming every year, though I think maybe they might just use that as an excuse, now, to come see K!  :-)  This year, they came in on Friday night and went straight to their class party.  The next morning when I got up, K was already busy playing with Doc and was super excited about going to the parade with Allie. 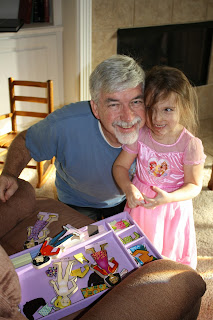 So, we got dressed in her new (CUTE) outfit Allie brought from Osh Kosh and headed out. 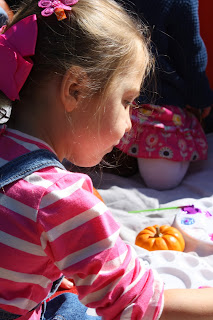 First we went to a birthday party for a sweet friend at a local park (when I used to play when we went to my Aunts' house - it has changed since then!). 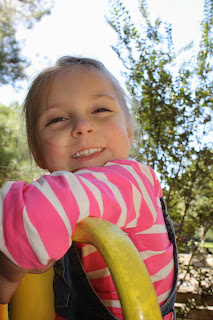 K enjoyed playing with Allie and running around.  Then we went to the parade. 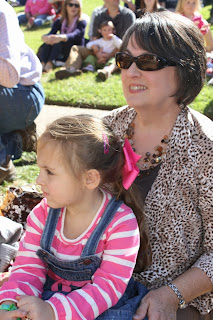 K was a little less excited about the parade than I thought she would be, but I still think she had fun!  She really enjoyed the bounce slide.  I think these things are her absolute favorite. 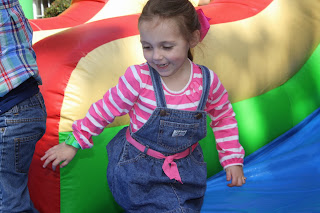 She just laughs and smiles.  Such fun!  Later, while I was working in the pressbox during the football game, Allie stayed with K. 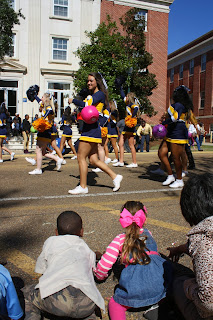 She had fun watching the cheerleaders and is now saying that she is going to go to MC so that she can be a cheerleader for the Choctaws!  :-)  I can't say that I'd be disappointed if she decided to do that.  Love family weekends! 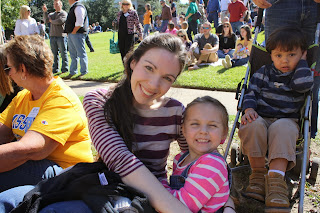