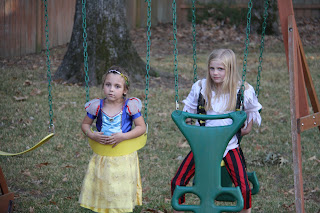 We also happen to enjoy spending time with all of their parents.  So, I decided we should have a "party!"  I made my mom's chili and then did potato soup for the kids.  Turns out, I could have just done chili and been fine. 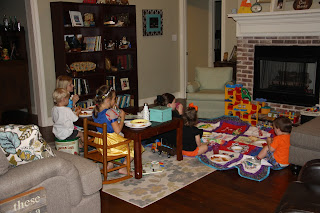 I think Caleb was the only kid who ate soup.  Kate had chili and the rest had chicken nuggets.  Ha! 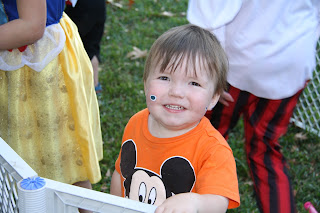 Before we ate, all the kids played outside in their Halloween costumes.  It was fun watching them just run around with each other. 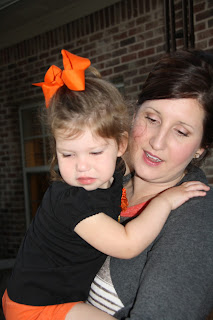 E was NOT a fan of the dog but the boys did their best to protect her. 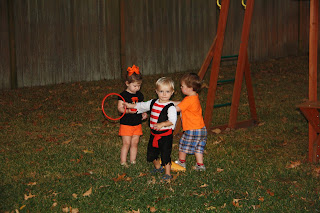 It was a great night! 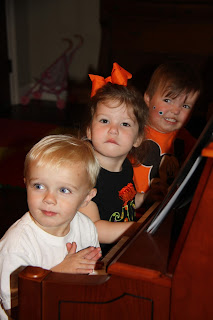 Maybe it will become an annual thing. :-)
Posted by Unknown at 2:26 PM