Recently, I've found a gluten free hamburger bun that isn't a crazy amount of calories.  Seriously!  Those things are at least double the calories of normal buns.  however, I just found one that is about the same and is really good; so, I've gotten that a couple of times for David.  Before I found this one, I would make Oopsie rolls.  It is something that our neurology nutritionist suggested to me.  It uses eggs, cream cheese, and cream of tartar.  They work really well for bean burgers and David doesn't mind them.  The last time I made them, I messed up royally and didn't think they'd work.  However, (after I calmed down!) I poured the disastrous "foam" into a pan instead of making separate rolls and just made a sheet, that I cut into squares.  Kind of Kyrsal-esque!  Anyway, if you are gluten free or low carb, these are good bun options. 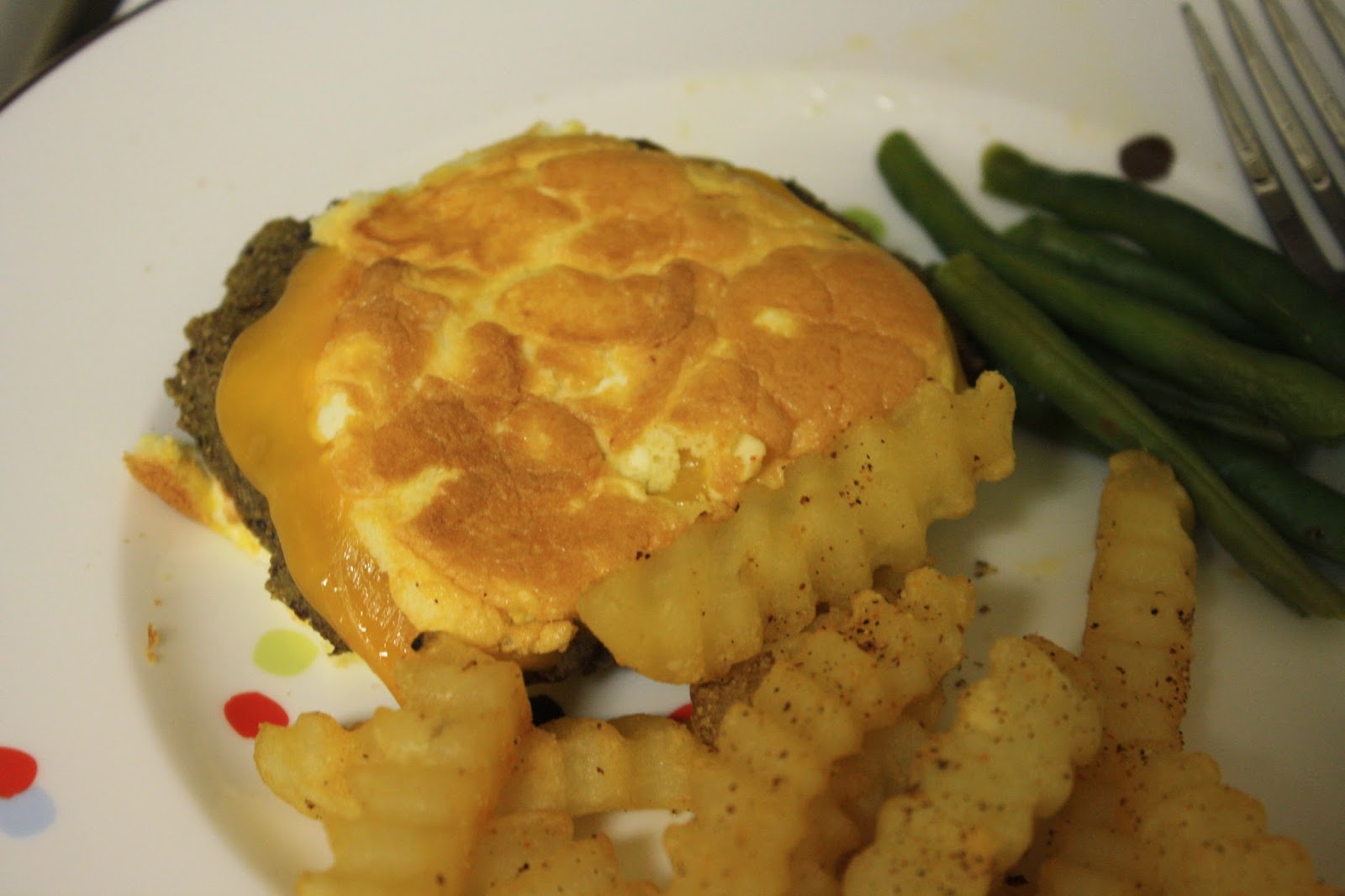 Oopsie Rolls from Your Lighter Side

Preheat oven to 300 degrees F.  Separate the eggs and add cream cheese to the yolks. Use a mixer to combine the ingredients together. In a separate bowl, whip egg whites and cream of tartar until stiff (if you’re using the same mixer, mix the whites first so you don't contaminate the bowl with yolk). Gradually fold the egg yolk mixture into the white mixture, being careful not to break down the whites. Spray a cookie sheet with non-stick spray and spoon the mixture onto the sheet, making 6 mounds. (I actually made about 10 smaller rolls). Flatten each mound slightly.  Place pan into oven and bake about 30 minutes (You want them slightly softer, not crumbly). Let cool on the sheet for a few minutes, and then remove to a rack and allow them to cool. Store in a loosely open sack and allow to rest on the counter before use (otherwise they might be too moist). Can be frozen.

Nutritional information per roll (per 6 total):